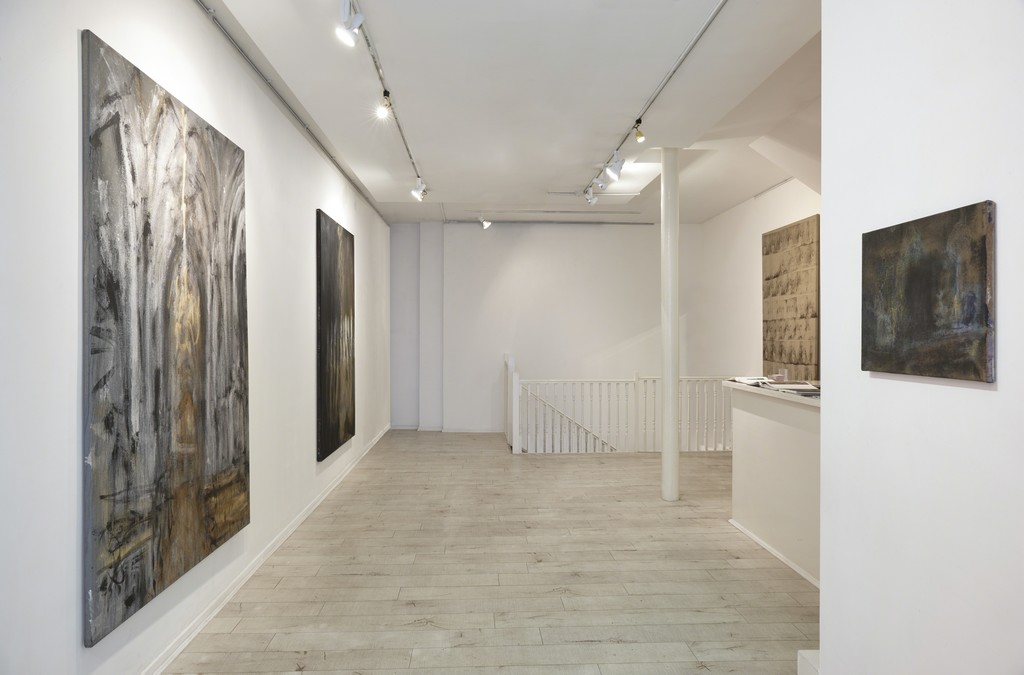 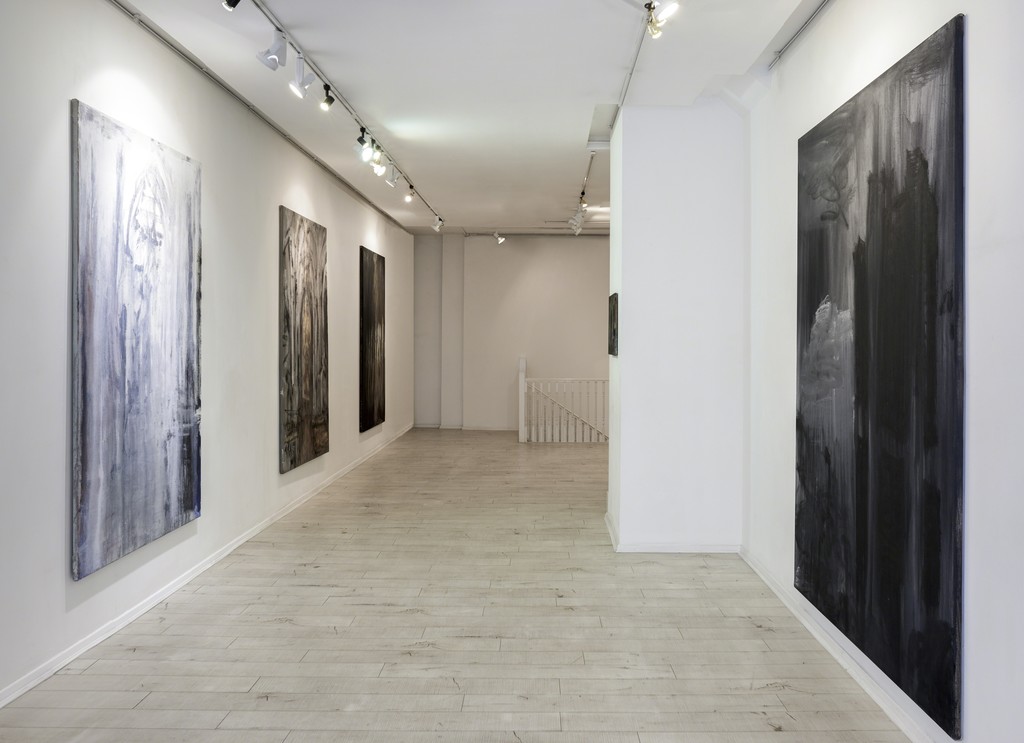 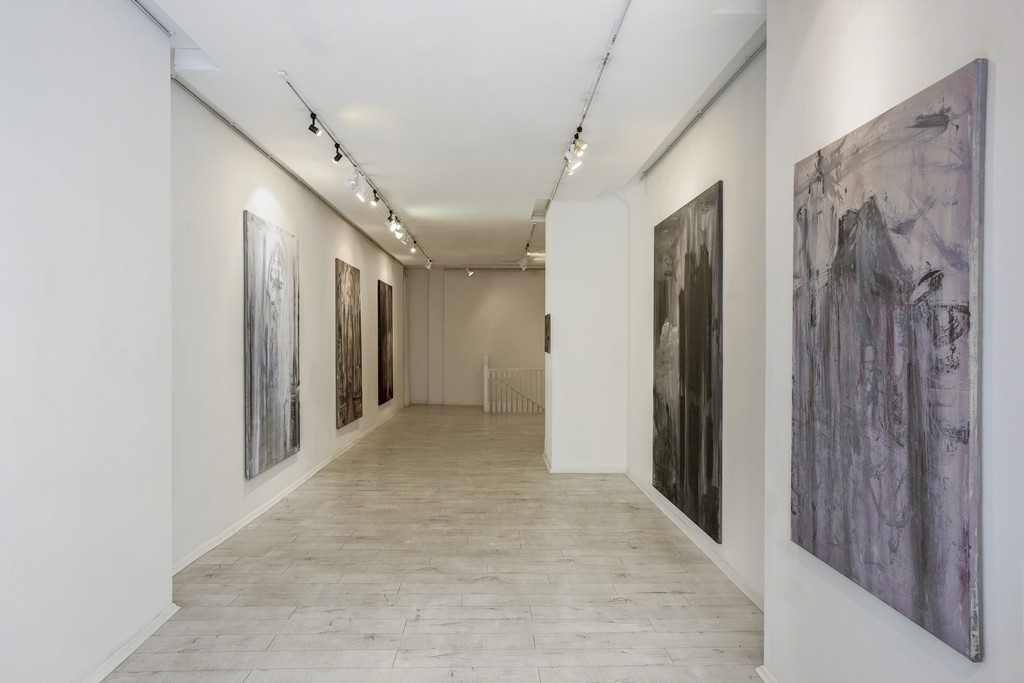 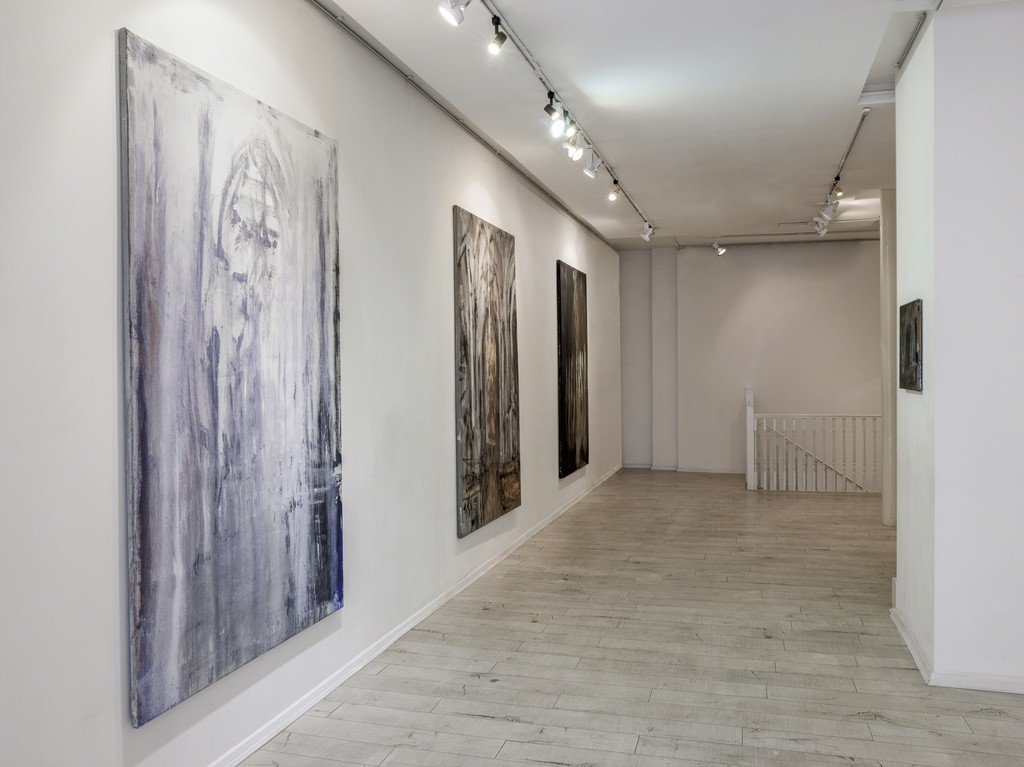 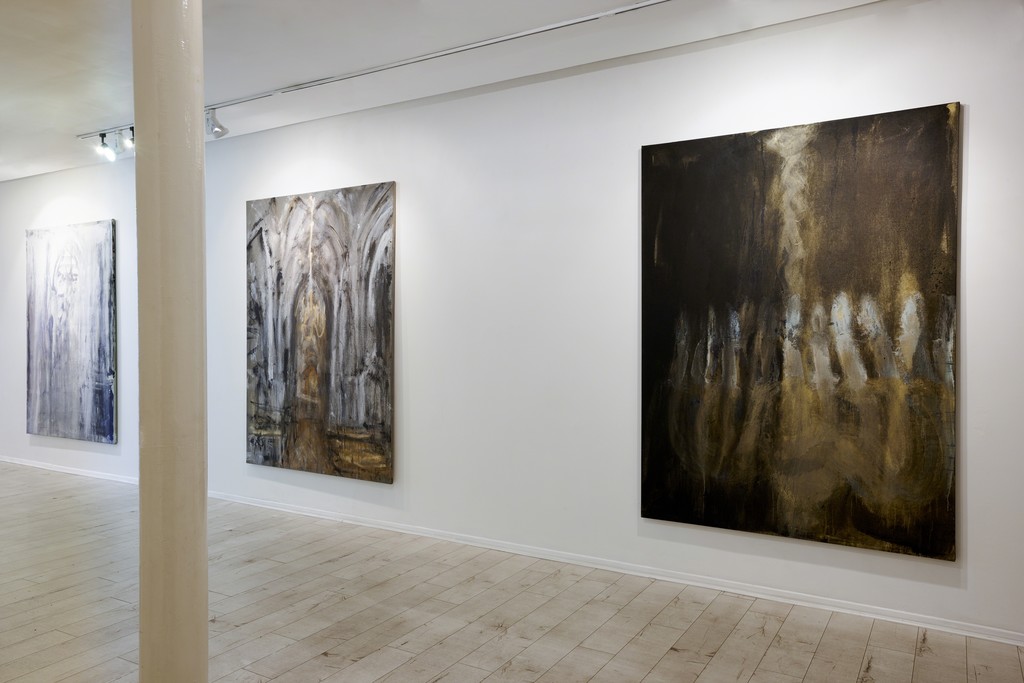 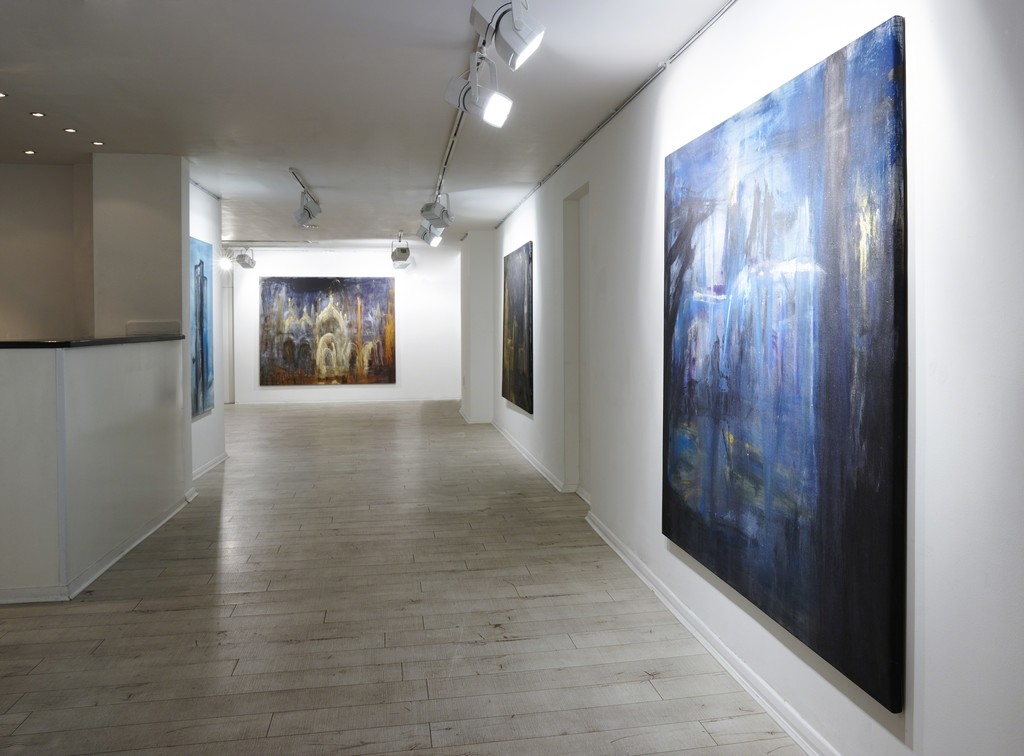 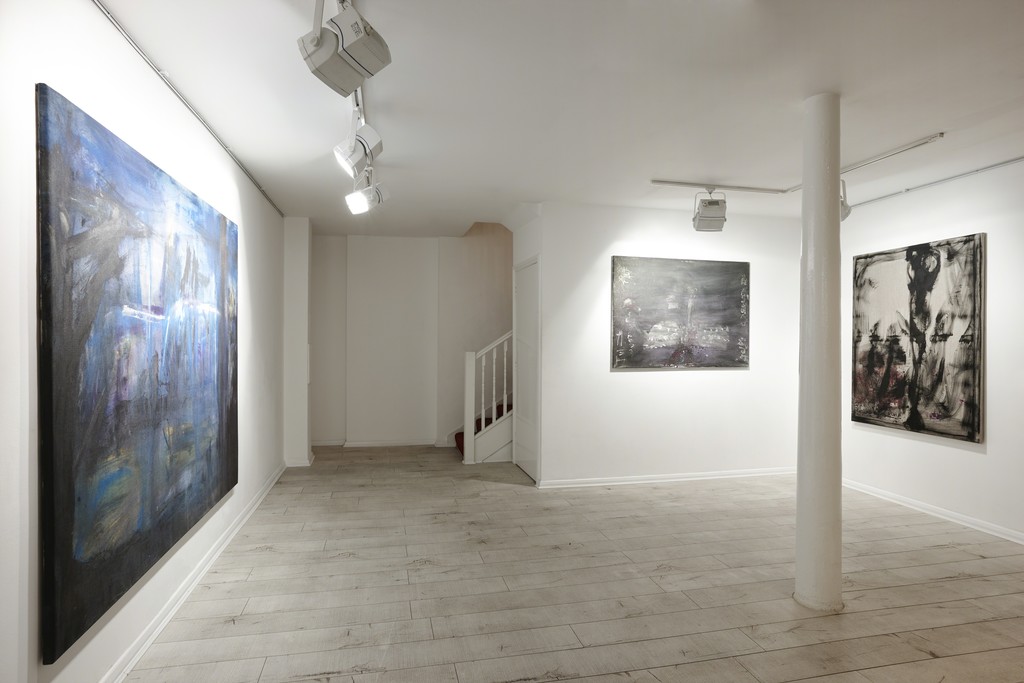 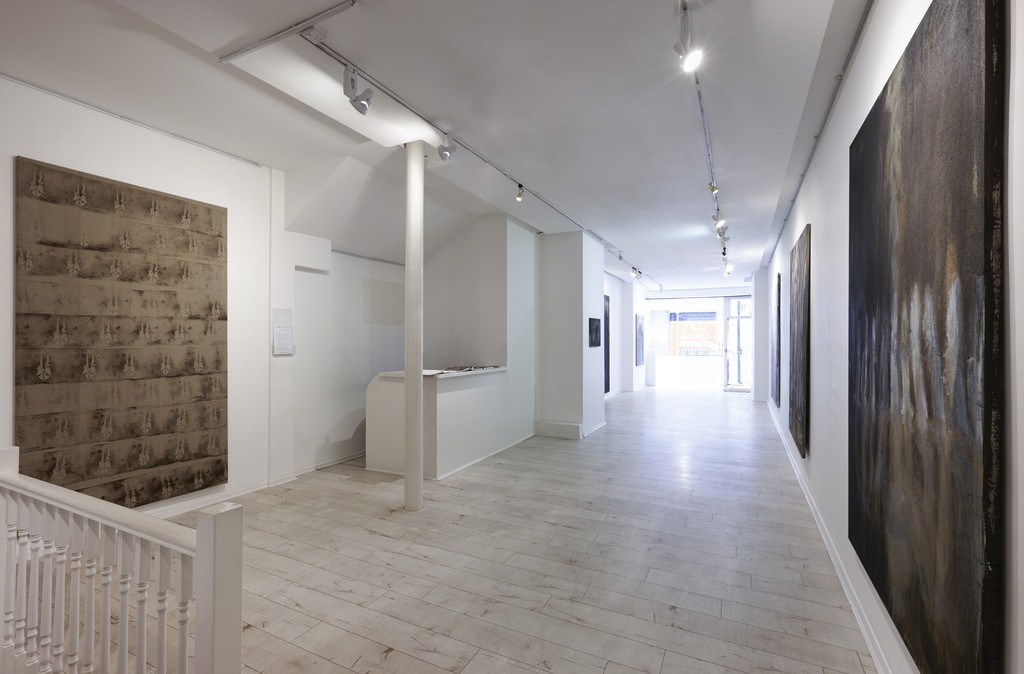 The exhibition focuses on two of the most recurring themes in Špaňhel’s artistic output: architectural interiors of cathedrals and churches, and imposing exteriors of international central banks.

Whereas churches tend to be seen as the religious monuments of the past, built as guardian places of the sacred, banks are monuments of our time, built to power their own monumentality, one that depicts our material possessions driven era. Although fundamentally different in use and their place in out society, both institutions are underpinned by a system of beliefs - for instance, belief in God or belief in the economic markets. One could argue that we are therefore confronted with a new form of the Sacred.

Špaňhel has been working with these themes for a number of years. The interiors of churches start to appear in his work as early as 2003/4 (S.V. Vit, S.V. Barbara) whereas the paintings of banks were partly a response to the financial crisis of 2008/9 (Central Bank of Brazil, Russian Central Bank).

Špaňhel paints these iconic buildings in an almost entirely black, grey and brown sombre palette, with paired down abstracted shapes that rise from the deepest darkness, revealing themselves in monochrome broad brush strokes, gestural markmaking, fading shapes and contours. This baroque chiaroscuro technique is something that Špaňhel has been interested in for a long time, learning from the old masters - he recently re-interpreted a series of Rembrandt works for the National Gallery in Prague, one of these currently hangs alongside the original in Prague. Deeper understanding of the old masters and their techniques is what distinguishes Špaňhel paintings and represents the highest manifestation of his elegant expressionism.

The German philosopher Ernest Cassirer, in An Essay on Man, wrote that man is “a strange mixture of being and non-being” and his place is between these opposing poles. Concealed behind the synthesising persuasiveness and stylistic certainty of Špaňhel’s images is actually a more general painting talent that allows him to capture this very special place of man in the world. The uniqueness of Jakub Špaňhel’s work lies in the ability to combine these paradoxes and transfer them to the canvas with painting techniques and gestures of actionism, without lyrical sentimentality or overly expressive shouting [paragraph from Jiří Přibáň’s text on Jakub Špaňhel, 2015].