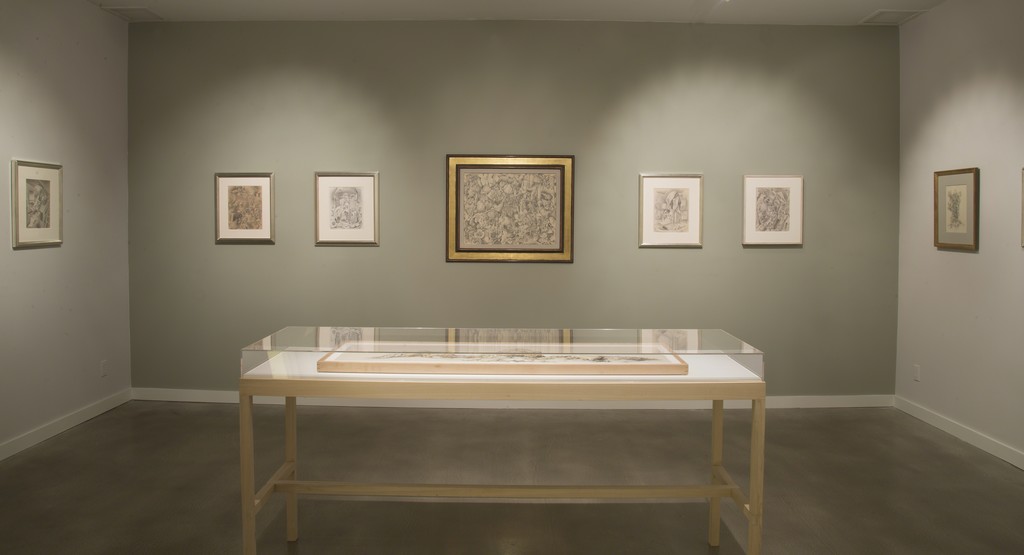 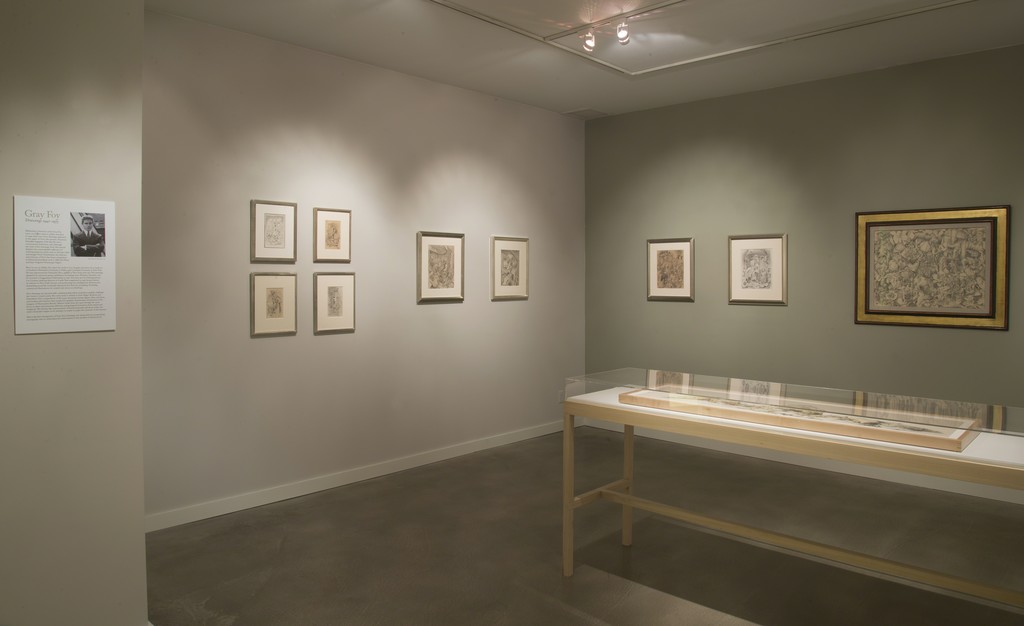 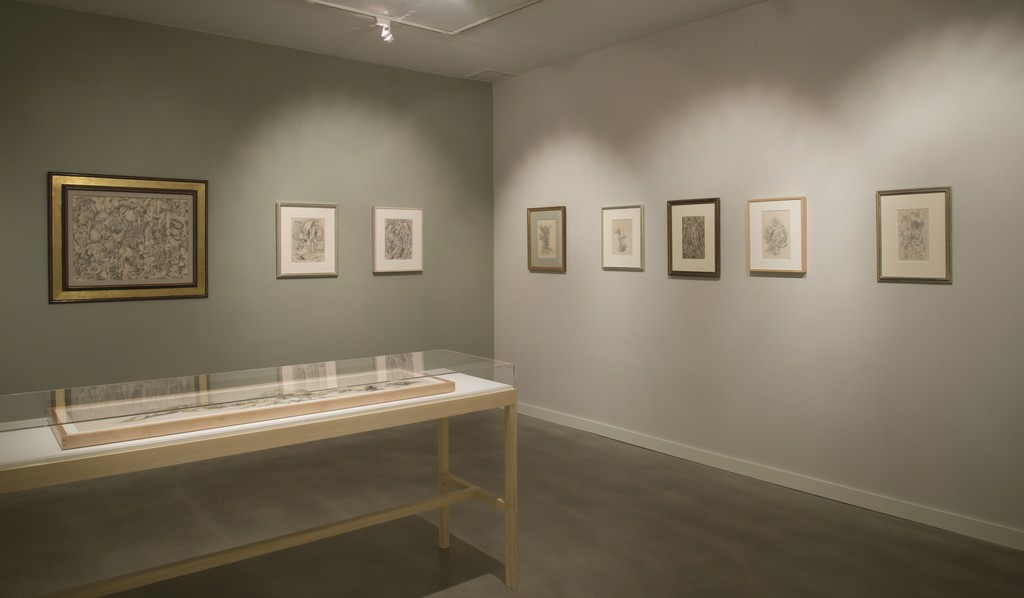 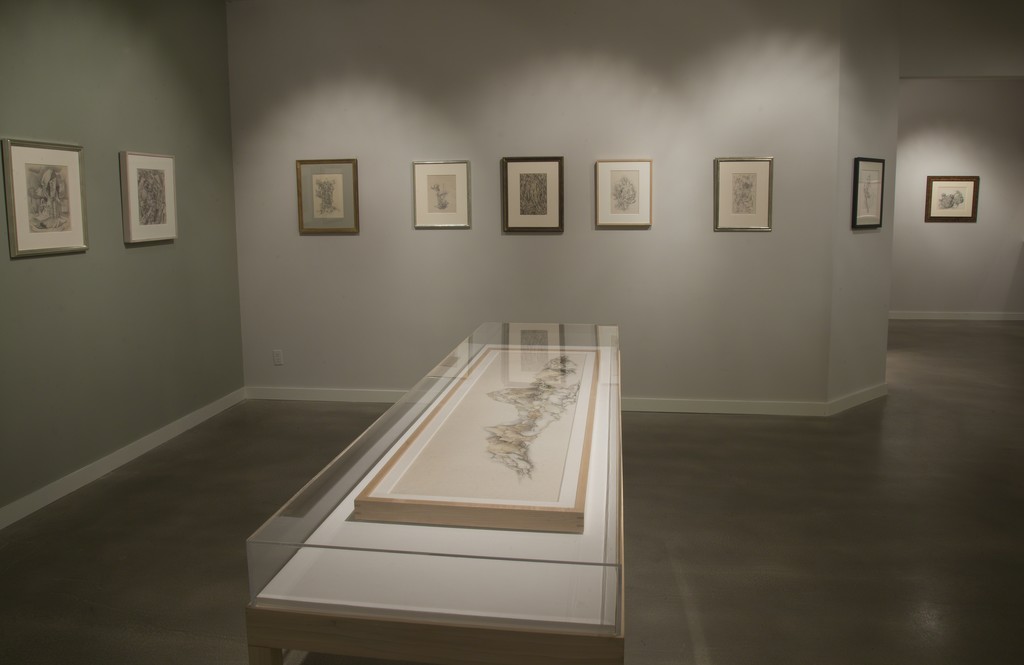 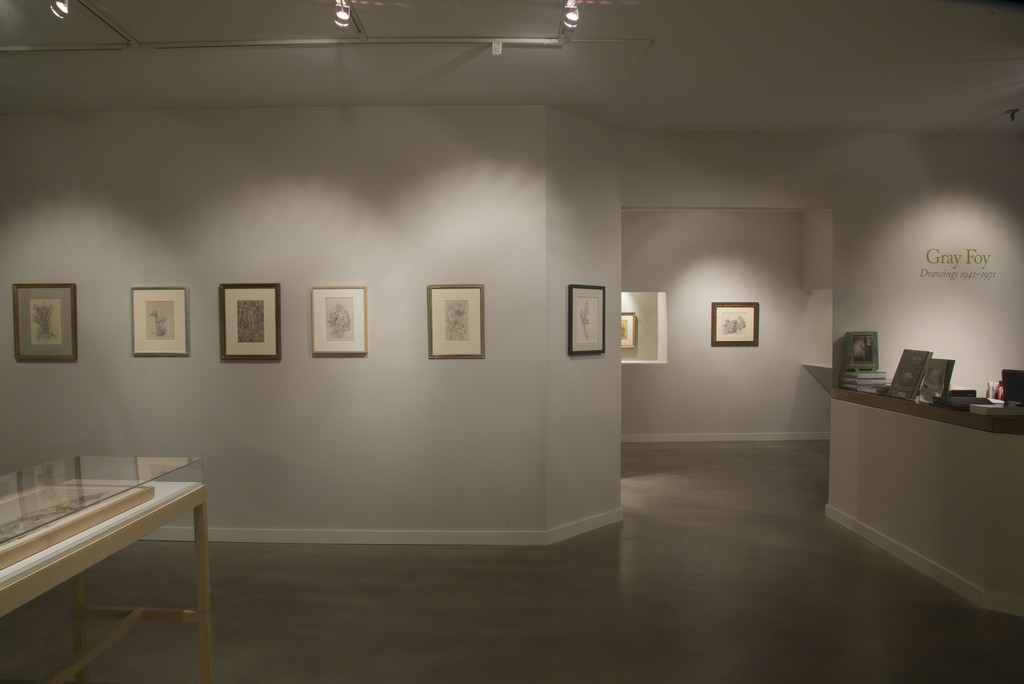 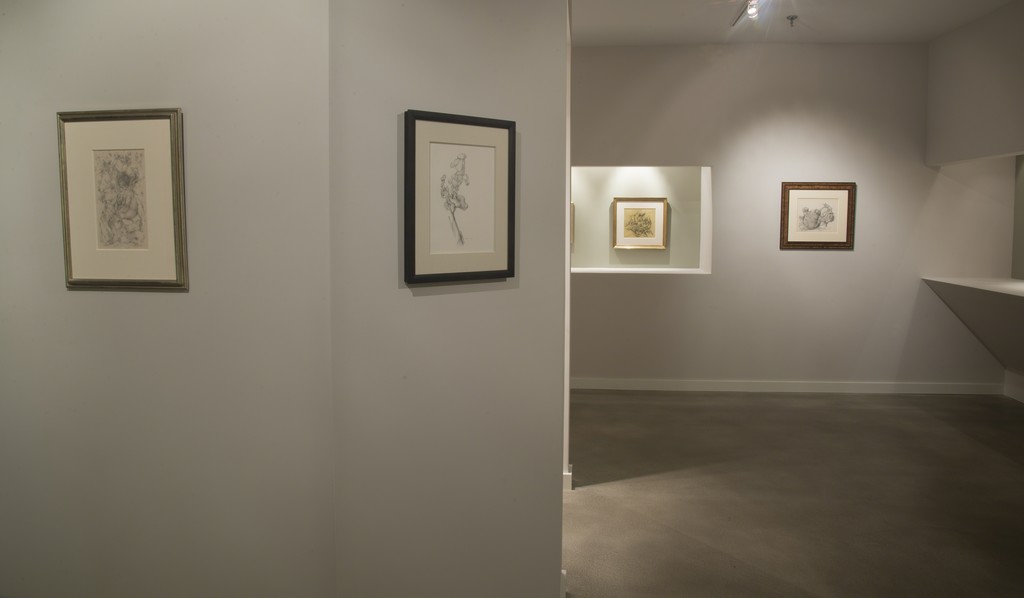 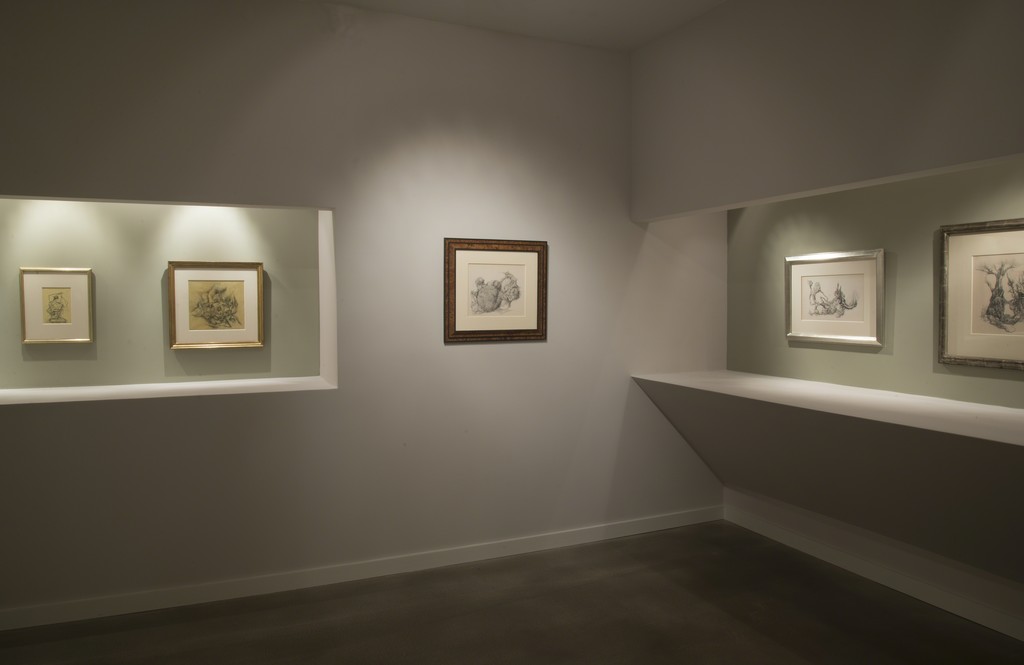 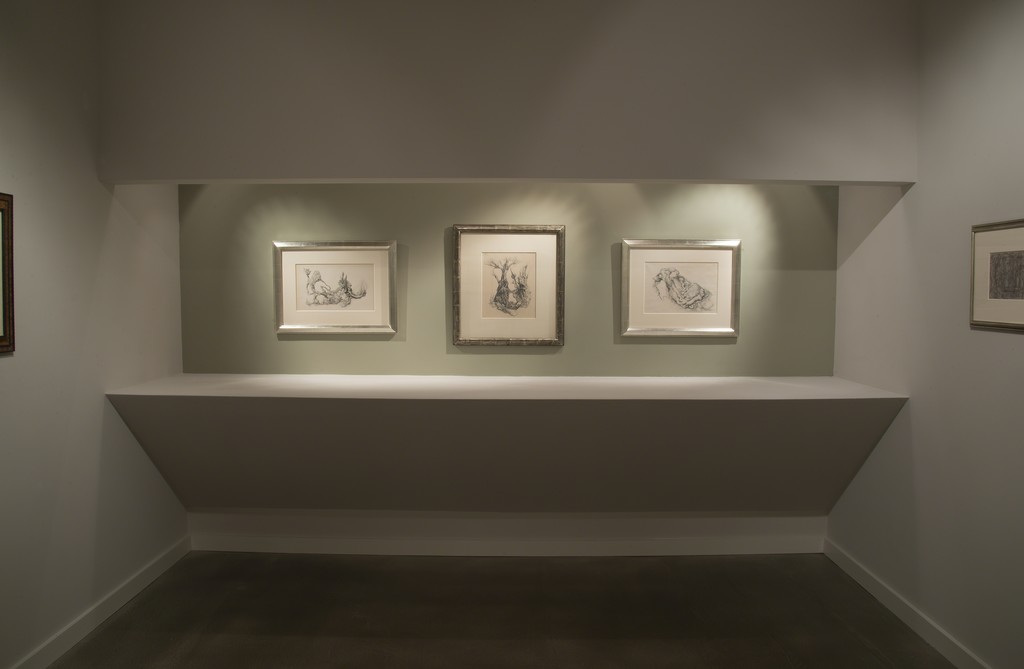 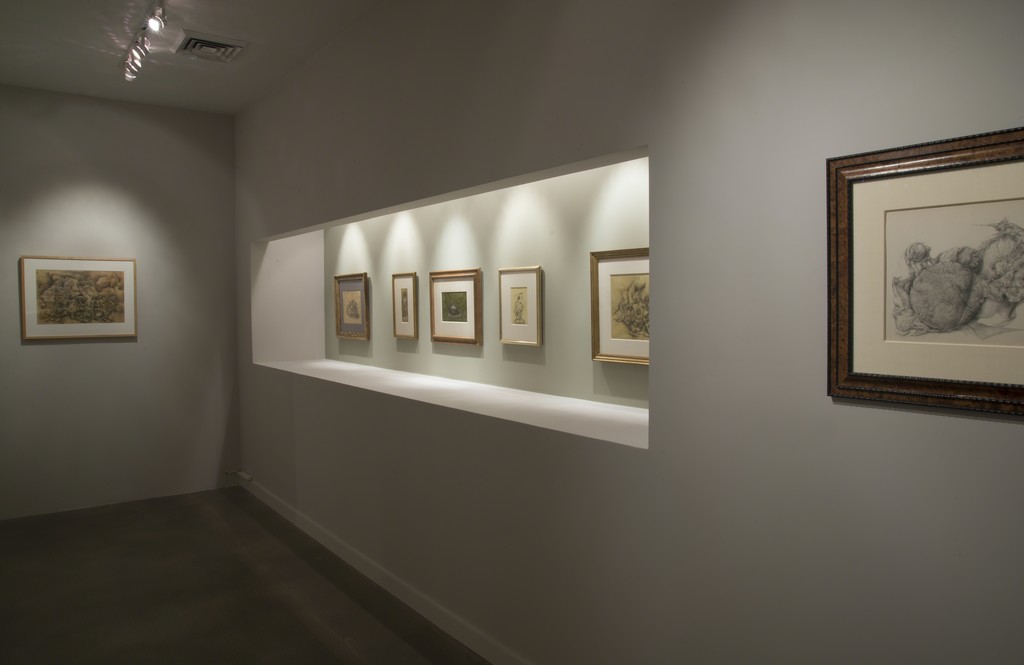 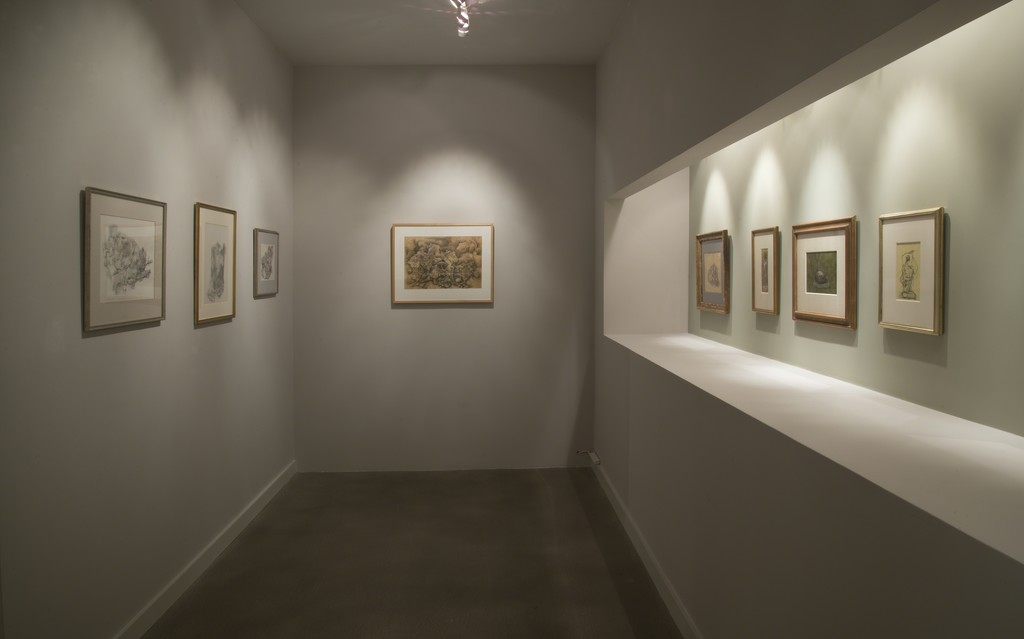 Gray Foy (1922–2012) first came to public attention in 1946 when one of his drawings appeared in the pages of View, the premier American Surrealist magazine of the day. He was a consummate draftsman, and although the style of his drawings from this period displays the unmistakable influence of contemporaneous artists like Salvador Dalí and émigré Pavel Tchelitchew, the delicacy and intricacy of Foy’s line is so masterful that comparison to historical precedents such as Albrecht Dürer and Jean-Auguste-Dominique Ingres is more accurate. By the end of the 1940s, Foy would transition to depicting primarily botanical subjects, retaining the precision that characterized his earlier work. As the late art historian and critic Robert Pincus-Witten described them: “Gray Foy’s drawings are delineated with such delicacy that they render invisible the actual pressure of the mark on the paper’s surface as if the imagery miraculously had been blown into place.”

The exhibition is curated by Don Quaintance, editor and designer of Gray Foy: Drawings 1941–1975, the first major monograph on the artist, published to coincide with the opening of the exhibition. Quaintance has carefully selected 31 drawings that represent the entire span of Foy’s career, from five museums, private collections, and the artist’s estate—where a cache of his drawings was discovered following Foy’s death. Due to Foy’s meticulous practice, he created only about 100 drawings (excluding his commercial illustrations for book jackets, magazines, and LP record album covers). Most of the works in the exhibition will be on view for the first time in over half a century.

The works range from small Surrealist drawings made on shipping-container forms in the early 1940s (when Foy worked during WWII at a defense plant in California) to larger depictions in which everyday objects, interiors, and organic matter—including animals, humans, and vegetation—are strangely transformed. The artist later explained that the composition of Dimensions, ca. 1945–46 (lent by The Museum of Modern Art, New York; gift of the actor and author Steve Martin), began in one corner and grew progressively to cover the entire sheet with a panoply of bizarre, intertwined imagery (comparable to that by Hieronymus Bosch). This work is the unrivaled masterpiece of Foy’s Surrealist period.

Foy’s mature works of the 1950s through the 1970s focus on plant and protozoan life, both natural and imagined. The fantasy-like representation of the botanical forms evokes the artist’s Surrealist roots as he explores on paper the mysteries of the biomass. The Third Kingdom, 1961–62, is a magnificent scroll-like drawing on which Foy worked for over a year depicting a small patch of rocks, lichen, and microbiology that creates the impression of a majestic mountain range.

This exhibition, the only since the¬¬ artist’s death in 2012 at the age of 90, is the first comprehensive survey of his drawings.

Accompanying this press release, please find Gray Foy: Drawings 1941–1975, a fully illustrated brochure with a text by Don Quaintance. Additional information on the artist may be found at grayfoydrawings.com, as well as on www.francisnaumann.com.