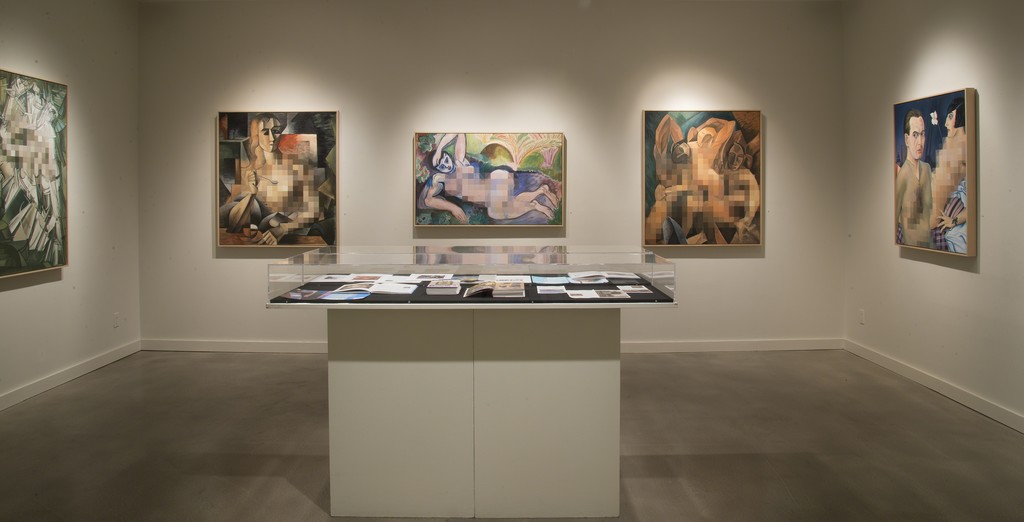 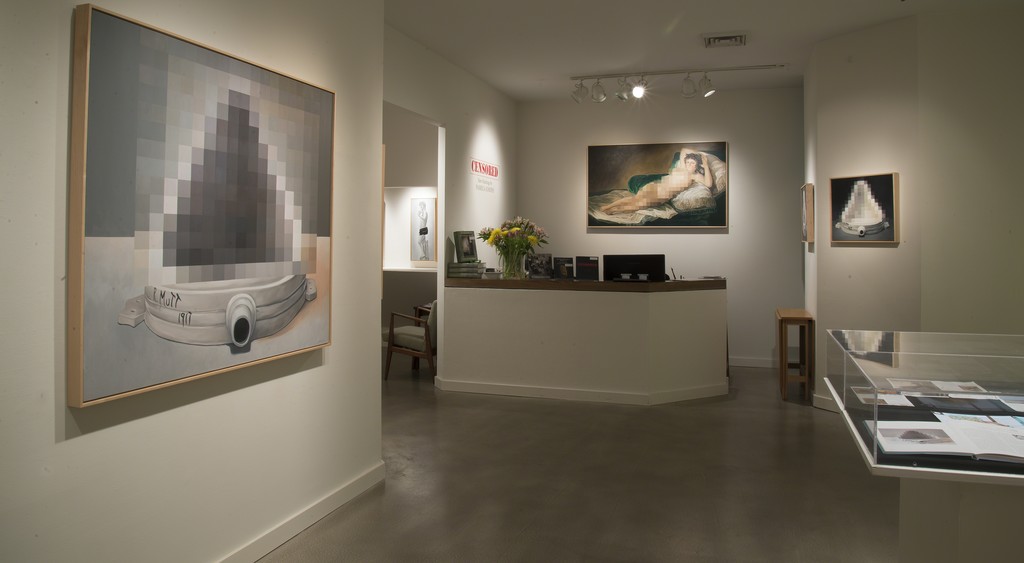 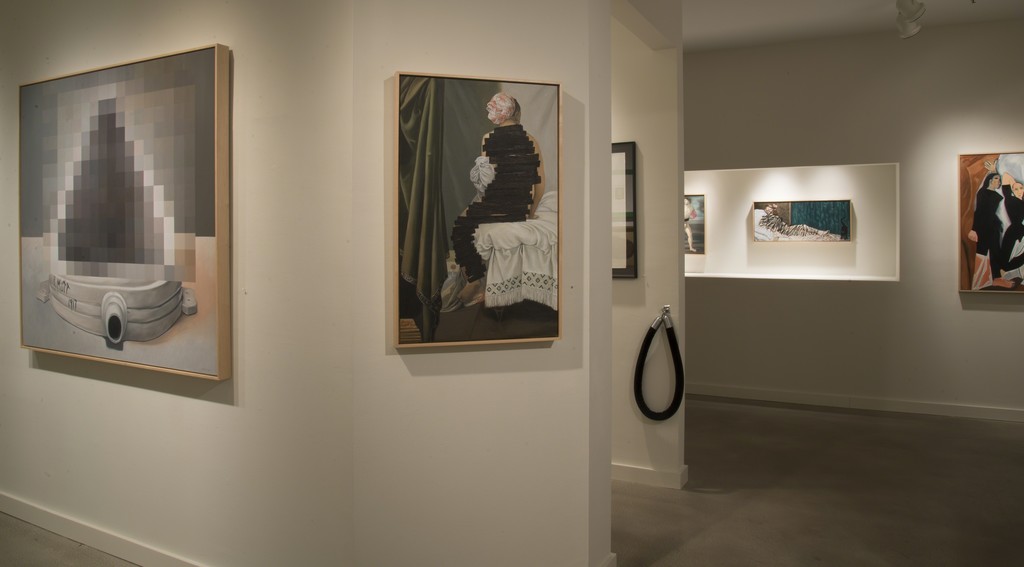 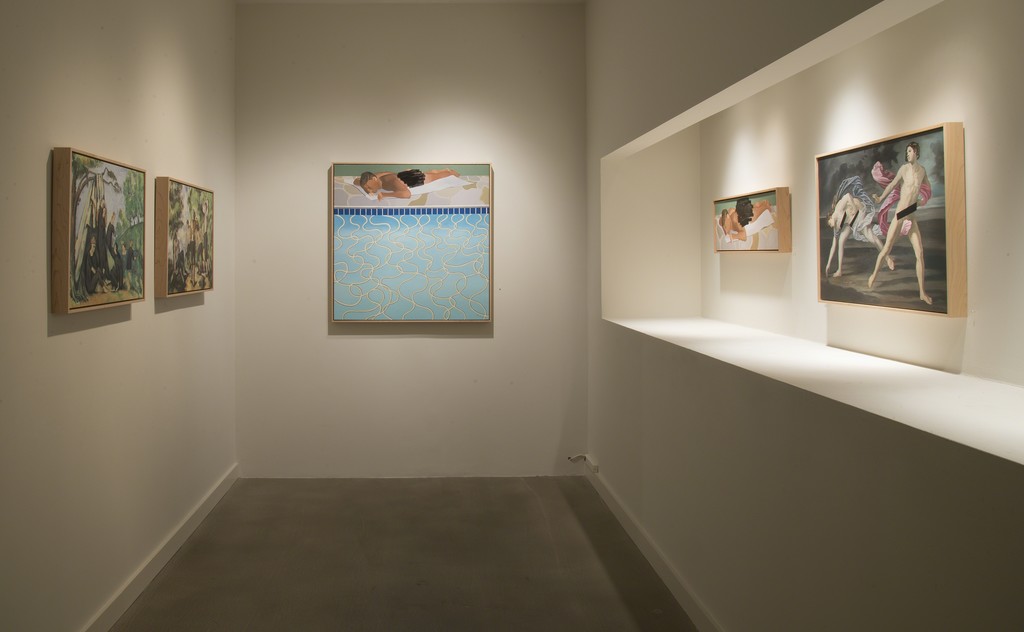 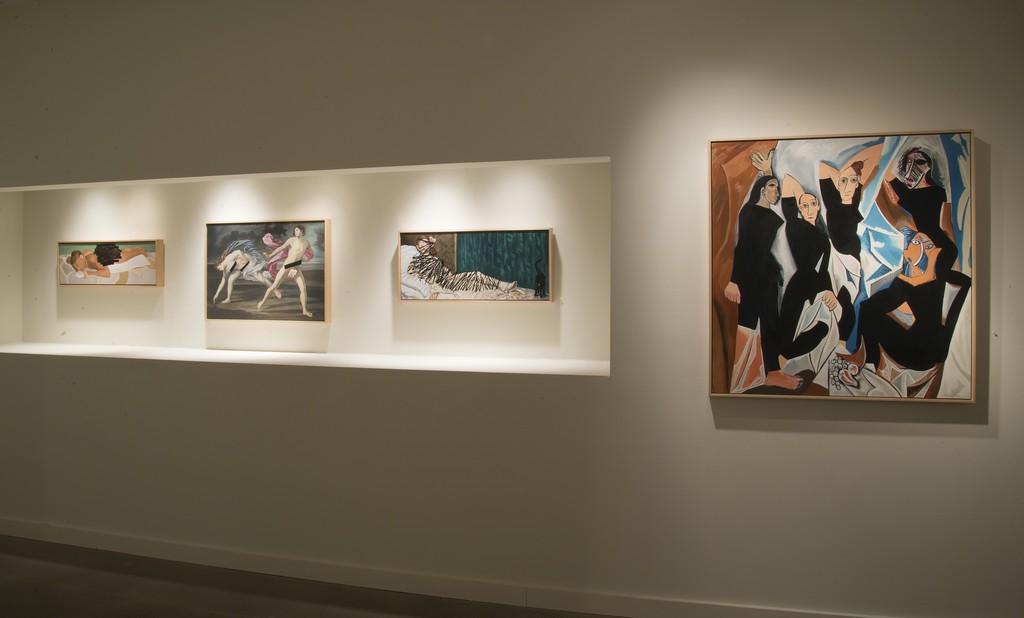 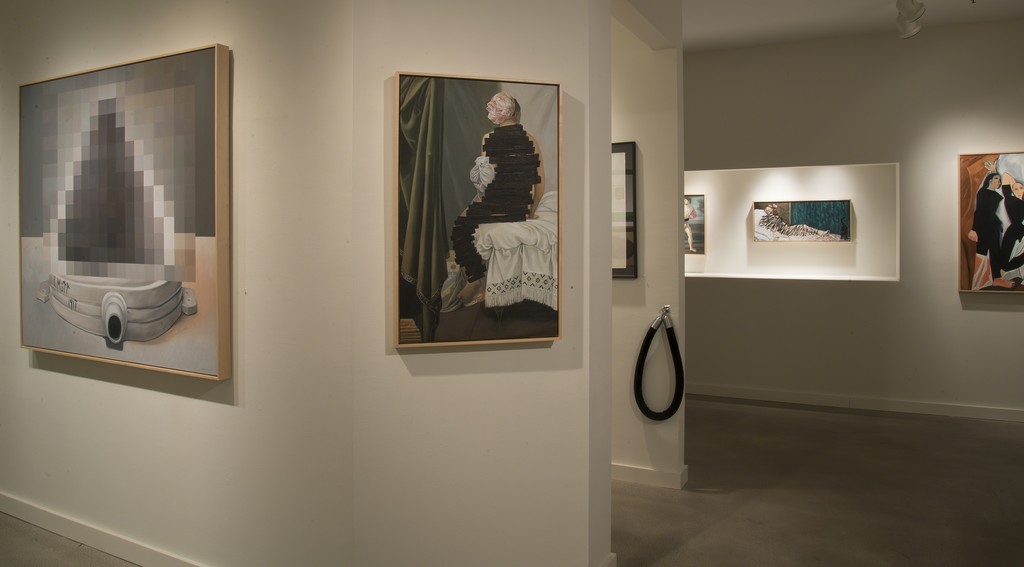 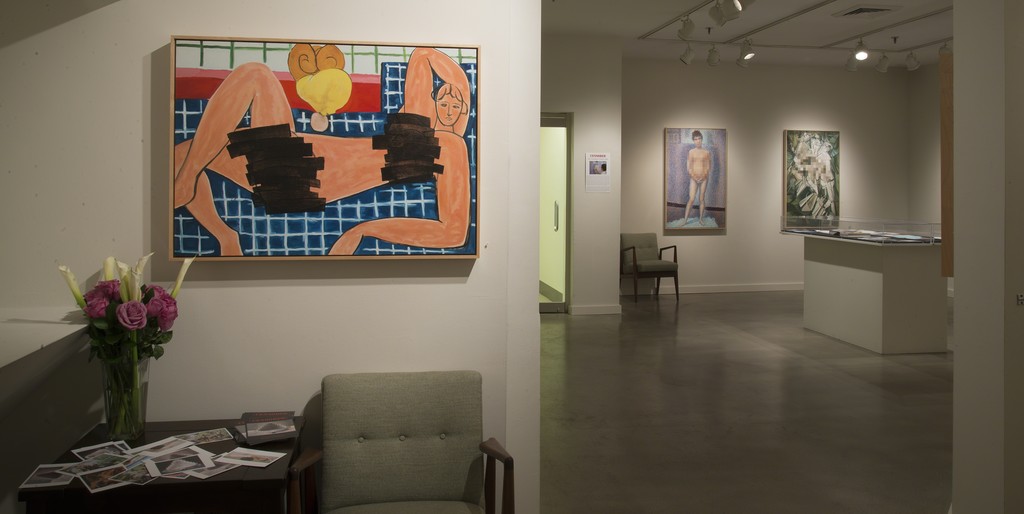 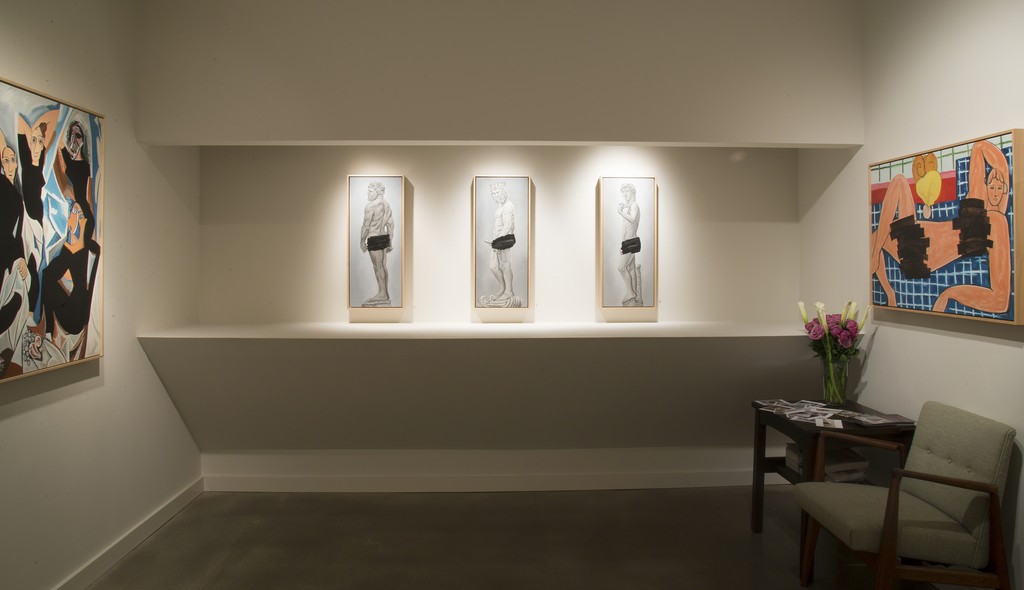 “CENSORED: New Paintings by Pamela Joseph” opened at Francis M. Naumann Fine Art on April 2, 2015. As the title suggests, the paintings involve the theme of censorship, specifically, in this case, select details of well-known paintings and sculpture that were censored from view in art books circulated in Iran, either by means of a black felt-tip marker to cover up details that were considered inappropriate or visually offensive (when the books were imported from other countries) or by means of pixelization (when the books were published in Iran). The artist learned about the existence of these images from a friend who lived in Iran and sent copies of publications containing such images to her. At first, the censored works appeared amusing, but they quickly stimulated a series of questions about why select details were obscured in the first place. Who did the obscuring, and what exactly was it in these images that censors believed was best kept from public view? Was this just another example of censoring the male gaze, or did it involve fundamental violations of deeply held religious beliefs? If the concealment of these details was meant to eliminate sexually explicit details, then another question is immediate raised. How successful is this form of censorship? As Goya’s two versions of his famous Maja proved centuries ago (a painting the artist includes in this series), the female figure can be far more compelling and sexually alluring when clothed. In nearly all cases of Iranian censorship, the suggestion of what has been taken from view is potentially more provocative than what is visible in the original painting or sculpture.
However these questions are answered, they provided a stimulus for Joseph to turn these reproductions back into paintings, carrying with them the obscured details imposed upon them by their Iranian censors. She even went further, choosing select works of art upon which she imposed her own pixelization or covered select details with an opaque black overlay, revealing, ultimately, that her motives are inherently more painterly than political (more against the ideas of censorship in art than a critique of restrictive religious practices). Indeed, she feels that these censored images have provided her with an entirely new vehicle of pictorial expression, one that can be applied to virtually the entire history of Western Art, with results that are often amusing, but inevitably thought provoking and visually engaging.
Although Joseph has been working on these paintings for the past three years, the exhibition falls at an exceptionally timely moment for a worldwide audience, coming as it does on the heels of the tragic terrorist attack that took place in Paris in January 2015 at the offices of the French satirical magazine, Charlie Hebdo. In that case, Islamist gunmen were expressing their objection to the magazine’s practice of publishing anything that was critical of Islam, particularly cartoons that depicted the profit Mohamed (a similar outrage followed the publication of cartoons in Denmark in 2005, resulting in riots throughout the Arab world that caused the deaths of hundreds). Those who found this imagery objectionable attempted to censor it, but their actions only resulted in disseminating the imagery worldwide. The censorship imposed upon the paintings in this exhibition is yet another reminder of how far apart our two cultures are: one in Islam that believes an unclothed body inappropriate for public display, and another in the West that has considered the nude an exemplar of beauty since the very concept of art began.