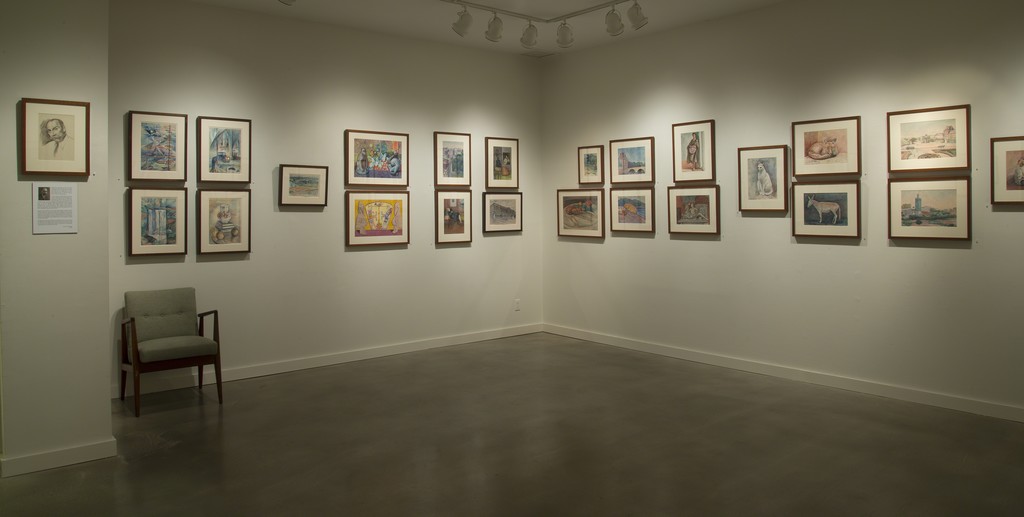 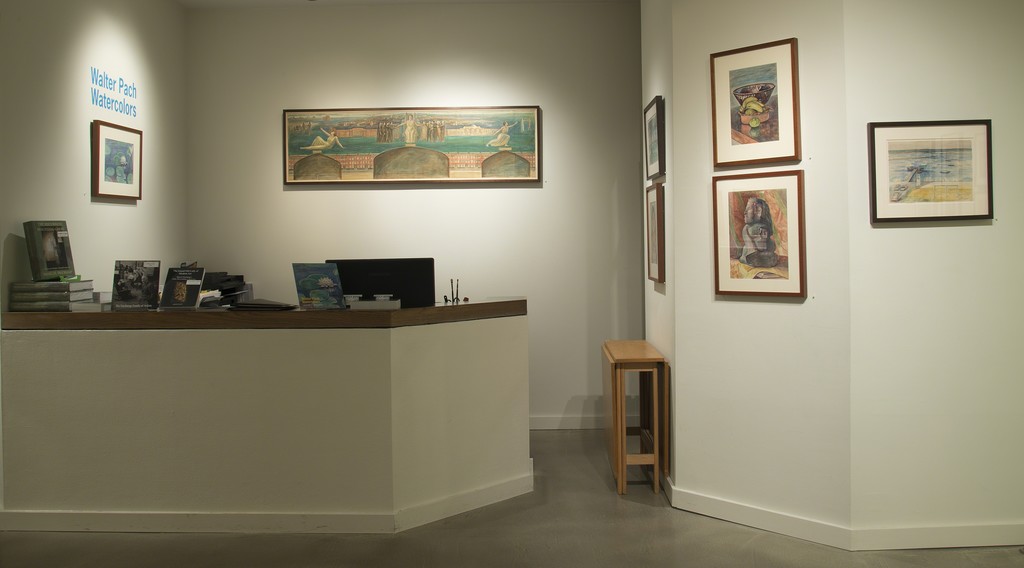 Francis M. Naumann Fine Art is pleased to announce a second exhibition of work by the American painter and author, Walter Pach (1883-1958). The first—dedicated almost entirely to his paintings—was held at the gallery four years ago (in the fall of 2011).
The present exhibition is devoted to Pach’s work as a watercolor artist, a notoriously difficult medium that is known among painters for its unforgiving character (mistakes are not easily corrected). It was a medium, however, at which Pach excelled. Several exhibitions of his watercolors were held in his lifetime, all of which were critically acclaimed, and his watercolors are held in public and private collections nationwide. Yet they remain virtually unknown, as does his work in general, due, in part, to his overwhelming reputation as a writer and exhibition organizer. He is probably best remembered today for the critical role he played in organizing the 1913 Armory Show, especially his selection of the modern European art presented there (particularly Marcel Duchamp’s Nude Descending a Staircase, the show’s cause célèbre).
Pach’s first watercolors were made in the aftermath of the Armory Show. In the years immediately preceding this groundbreaking exhibition, Pach lived in Paris, where he befriended many of the modern artists whose work he selected for inclusion in the show. Yet his own style remained decidedly behind theirs, until he saw the Armory Show himself, whereupon he immediately embraced a modernist aesthetic, appropriating the angular and overlapping forms of Cubism to depict elements in his immediate environment. The watercolor medium seemed uniquely suited to render the element of transparency he was seeking to attain in these works. Even after having abandoned a modernist approach in 1920 for one that was more emphatically naturalistic, he continued to rely upon the medium for its portability and, once proficiency is established, the immediacy with which a subject can be rendered. Many of the watercolors included in the present exhibition were made during Pach’s travels abroad, especially during long sojourns to Paris and Mexico City. Several served as studies for larger paintings that he executed later in his studio, but the majority record elements in his everyday environment, from portraits of friends and scenes set up in his studio, to depictions of the landscape near his summer home in upstate New York, or on excursions to the beach. Wherever he went, he always seems to have packed his palette of watercolors and a sketchpad, bringing them out whenever a subject seemed worthy of recording.
The watercolors included in this exhibition were selected by Laurette E. McCarthy, author of Walter Pach (1883-1958): The Armory Show and the Untold Story of Modern Art in America (University Park: The Pennsylvania State University Press, 2011), the first major monograph on the artist. She was curator and author of The Paintings of Walter Pach, the first show devoted to the work of Walter Pach held at the gallery in 2011, and she has served in the same capacity for the present exhibition and its catalogue, The Watercolors of Walter Pach (available through the gallery), designed to serve as a compendium to the earlier volume of devoted to his paintings.