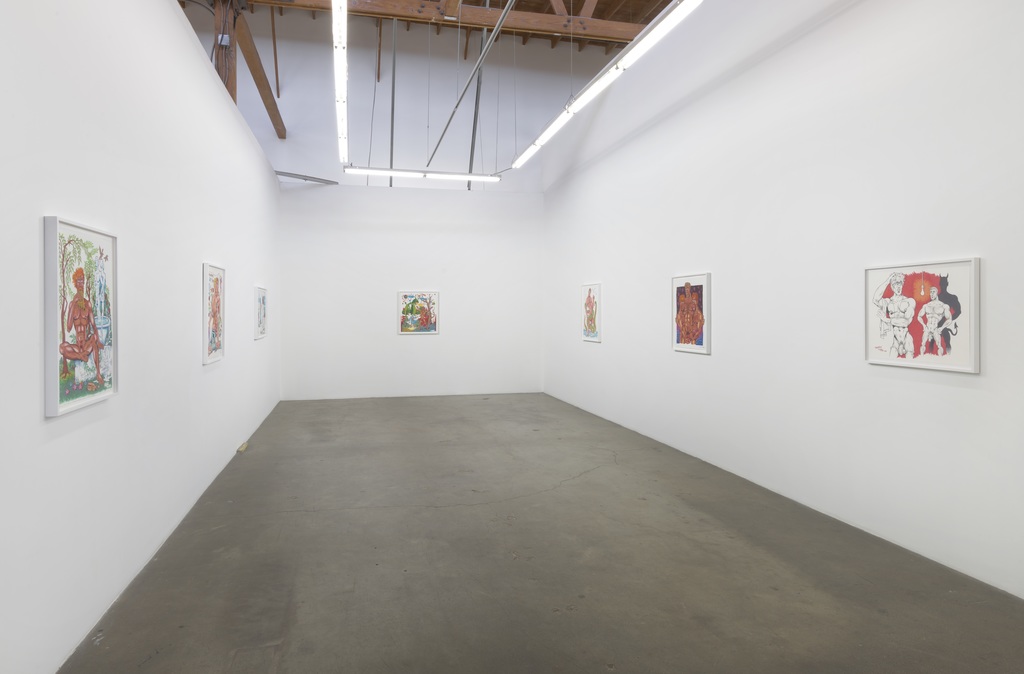 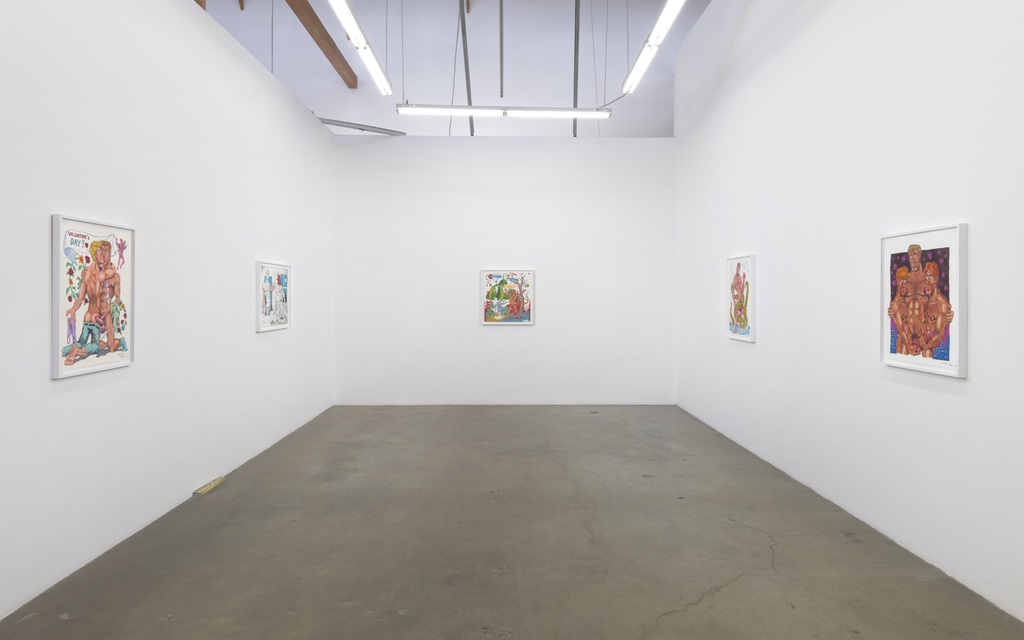 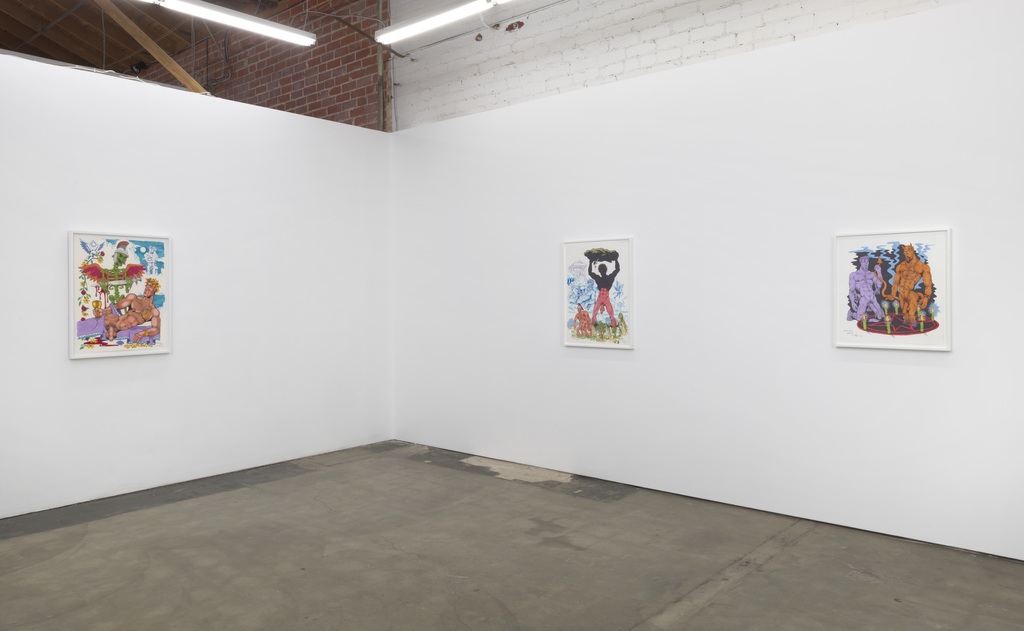 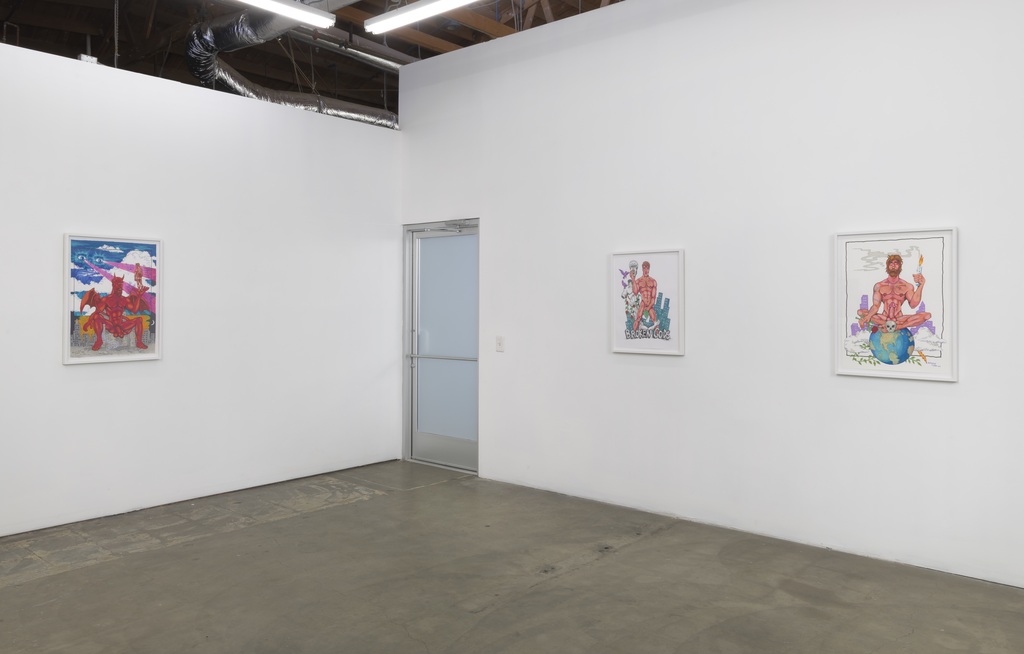 Together with his twin brother George, Mike Kuchar became an iconic figure of the New York underground film scene in the 1960s with no-budget 8mm films that sent up Hollywood epics, romances, and sci-fi B movies. Earnest yet weepy, tender yet over-the- top, Kuchar’s films like Sins of the Fleshapoids (1965), The Craven Sluck (1967), and Death Quest of the Ju-Ju Cults (1976) made a major impact on the emerging discussions of camp and gay cinema. “George and Mike Kuchar’s films were my first inspiration,” John Waters wrote in his introduction to the Kuchar brothers’ 1997 memoir Reflections from a Cinematic Cesspool. “Here were directors I could idolize — complete crackpots without an ounce of pretension.”

In the 1970s, Mike began to split his time between the Bronx and San Francisco, a hotbed for the underground comics scene where Mike’s drawings would find a home in the pages of gay erotic magazines like Gay Heart Throbs. At first something of a day job to support his filmmaking, these drawings have taken on a trajectory of their own, critically praised for achieving irrepressible joy within unabashed lewdness. In Broken Gods, which centers on drawings from 2018, gladiators, pirates, hippies, jocks, androids, devils and warlocks run amok with hyperbolic anatomy, lovingly rendered contours, and ingenious coloration. A special limited edition set of prints of three recent drawings will also be available.

Mike Kuchar was born in 1942 in New York. His work in film and video has been shown internationally at numerous screenings and festivals, including the Tate Modern, London; Museum of Modern Art, New York; Berkeley Art Museum and Pacific Film Archive, Berkeley; Museum of Contemporary Art, Los Angeles; and the Hammer Museum, Los Angeles, among many others. His drawings have been in solo and group exhibitions at Anton Kern Gallery, New York; Institute of Contemporary Art, London; Jan Kaps, Cologne; and Kimmerich, Berlin. Kuchar was the recipient of John Simon Guggenheim Fellowship Award in 2017, an Avant-Garde Masters Grant from the National Film Preservation Foundation in 2012, and a United States Artists Fellowship Award in 2006. Broken Gods is his second solo exhibition at François Ghebaly. He lives and works in San Francisco.