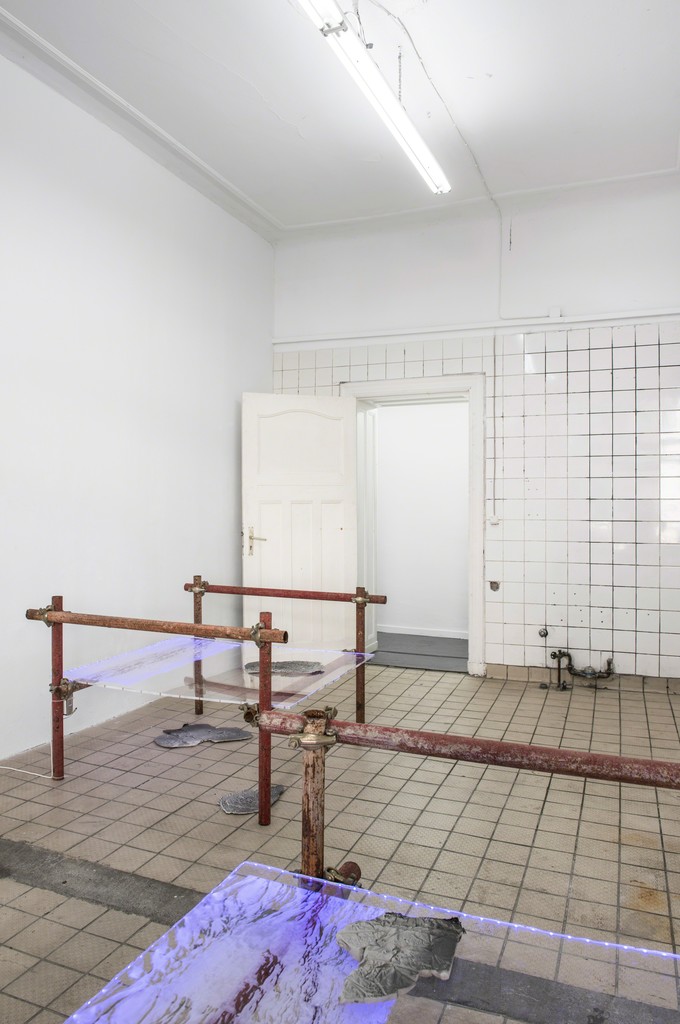 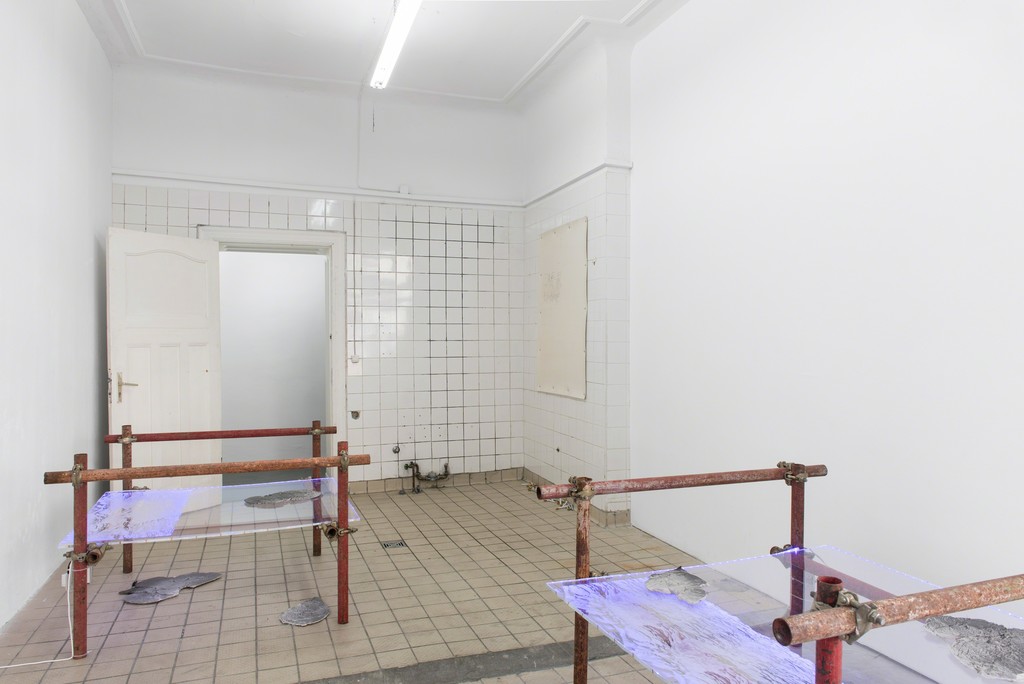 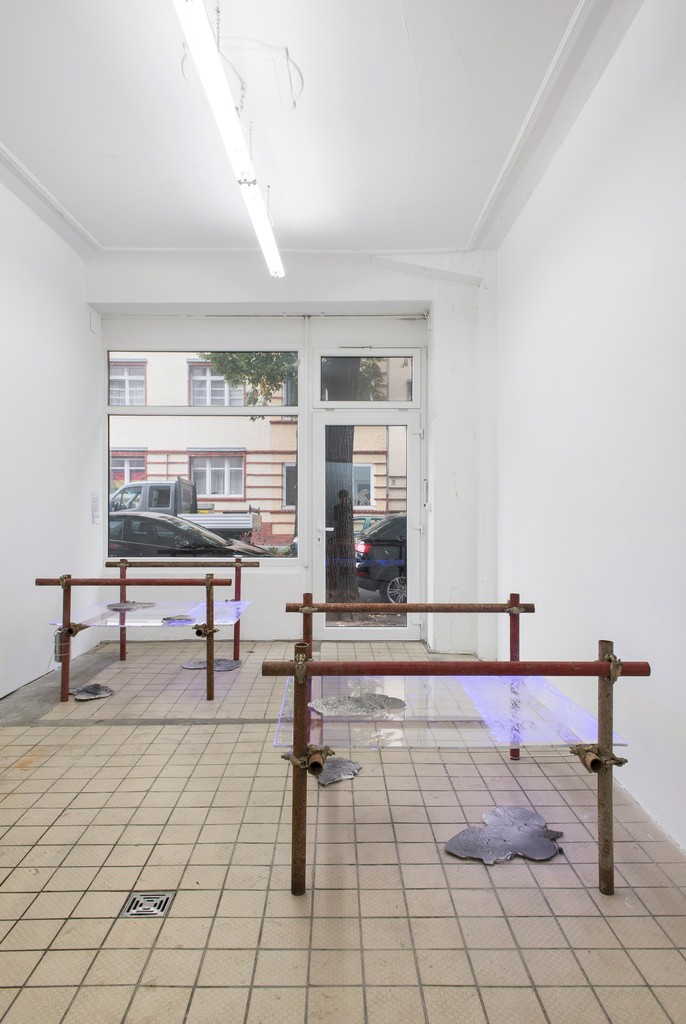 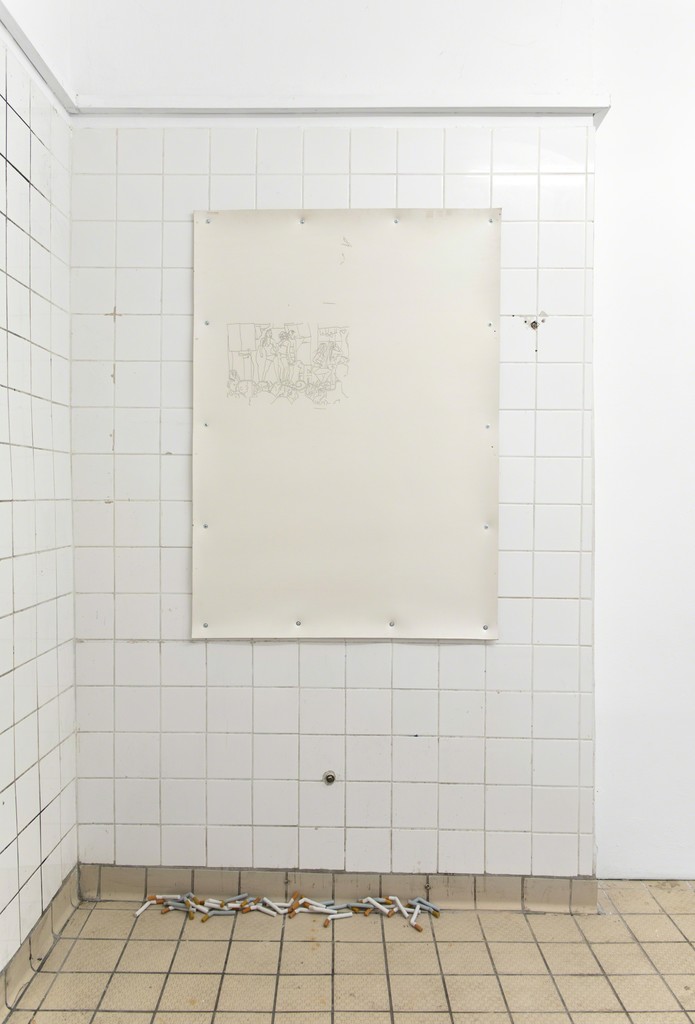 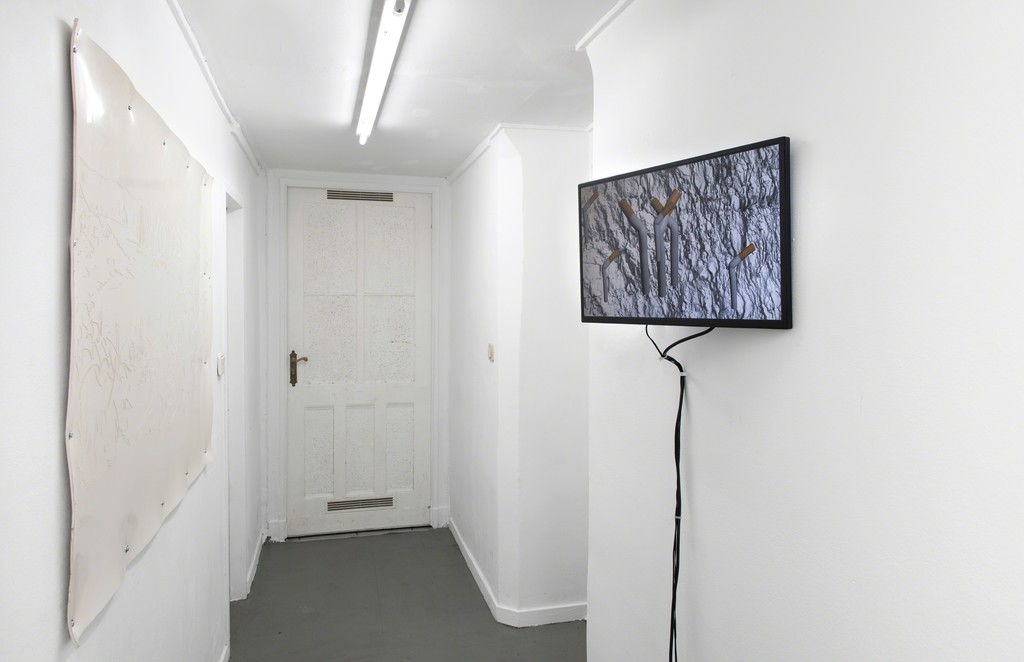 The salt breeze caresses her skin and the ripples of her dress flutter gently as her sinuous movements make her one with the other bodies. The pulsating motion is exhausting, the weight of the crowd bears down on the shore like a contagious wave of grounding sorrow making the ground sink.

The glow sticks attached to her wrist are like handcuffs binding her to her surroundings. In a few hours they will be spent. The glow from the rave leaks like radiation from the mass of bodies. The natural movements of the soul obey laws analogous to those of physical gravity. Grace is the only exception. Grace fills empty spaces, but it can only enter where there is a void to receive it, and it is grace itself which supplies this void.

‘The glow pt. 2: gravity regimes’ by Valinia Svoronou is the continuation of a project begun in 2015 during a residency in a remote village on the island of Evia, Greece. The title takes its cue from the dead glow sticks washed up on the island’s shores. Often construed as the abandoned accessories of island partygoers, these objects belonged in fact to the island’s navy border patrols, becoming a signifier where the idyllic insouciance of a summer beach party and the harsh reality of the migrant crisis collide.

In her sculptural and video installation at Frankfurt am Main, Valinia Svoronou reassesses the phenomenon of island raves, this time with a more detached, anthropological gaze. The dancing bodies are portrayed as a concentrated mass bearing down on the shore; the land sinking under their weight is understood as the geology of a party movement. Space is experienced as the rave’s aftermath, with the inevitable sense of anticlimax that ensues. Yet nostalgia becomes tainted with a strange sense of discomfort as we recognise the Greek island landscape as the setting of something completely different: humanitarian disaster. Lines become blurred (is this the aftermath of a party, or is it really something else?), and just one certainty remains: the physical nature of the landscape and its inhabiting bodies, governed by gravity’s regime.

Valinia Svoronou (b. 1991, Athens) lives and works in London and Athens. She studied painting at the Athens School of Fine Arts and obtained her MFA from the Slade School of Fine Art in 2015. ‘The glow part 2: gravity regimes’ is her second solo exhibition; her first, ‘Imported Schemes’, was presented in Athens in collaboration with the Greek curatorial project Radical Readings. She is currently included in the exhibition in ‘The Equilibrists’ organised by New York’s New Museum and the DESTE Foundation at the Benaki Museum, Athens. Previous group exhibitions include ‘Synthetic Resonances’ at Assembly Point, London, and ‘Swimminal Poolitics’, an online exhibition curated by Emmy Skensved and Grégoire Blunt.
—
Curated by Rachel Walker