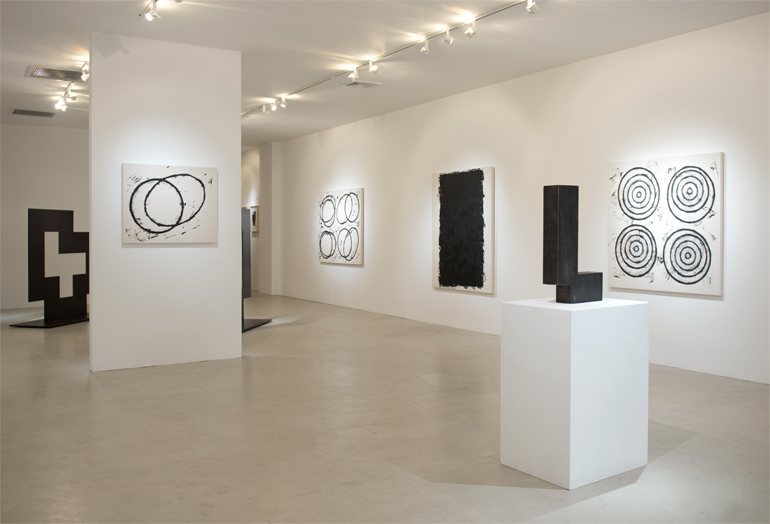 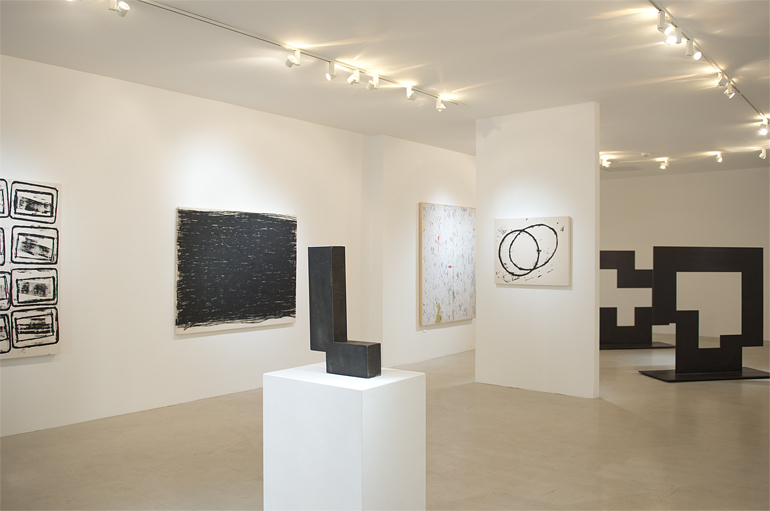 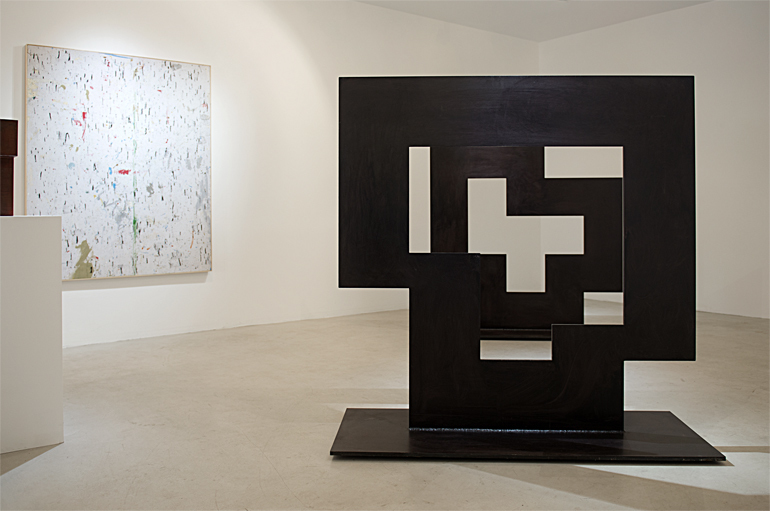 Gerald Ferguson and Jonathan Waters, Beauty Through the Backdoor

Fred Giampietro Gallery is pleased to announce an exhibition of paintings by the late conceptual artist Gerald Ferguson and sculptures by Jonathan Waters.

Gerald Ferguson (1937-2009) was involved early on in the 1960’s in the conceptual art scene in New York. In 1968 he began teaching at NCCAD in Halifax Nova Scotia where he taught for the next 35 years. In Ferguson’s career he was exhibited widely internationally.

The body of work being shown represents the frottage work of Ferguson for which he is best known. The hands-on no-nonsense work ethic was important to the artist and is evident in the powerful raw nature of this body of work, implemented with off-the-shelf- marine black paint. The quick decisiveness hands-off approach captures what Ferguson calls, “beauty through the back door”

“This new series of work is informed by my interest of interior and exterior space; doorways, windows, the in - the out. I am interested in the inherent beauty of the fabrication process, the mark of the hand and the degree of chance that occurs. The cuts and manipulation of the work through the process add to the appearance of natural wear and reference time and space. The sculptures share both positive and negative space in two and three dimensions (surface and volume). Each work strives to create a dialogue between the two while activating the space they occupy.” – Jonathan Waters

Jonathan Waters received his MFA from Yale University in 1977. While living in NYC, he was an assistant to sculptors Mark di Suvero, Charles Ginnever and Richard Serra. Waters has exhibited extensively throughout the Northeast. Recent large- scale projects include new work at the Governors’ Residence and Bushnell Plaza in Hartford, Connecticut and The Daniel Chester French Estate in Stockbridge, Mass.
Fred Giampietro Gallery is located across the street from the Yale University Art Gallery and the Yale Center for British Art, less than 1 mile from interstate I-91 and Union Railroad Station at 1064 Chapel St., New Haven, CT 06510. Gallery hours are Tuesday – Saturday 11am – 6pm or by appointment. For more information please call the Gallery at (203) 777-7760 or visit us on the web at www.GiampietroGallery.com