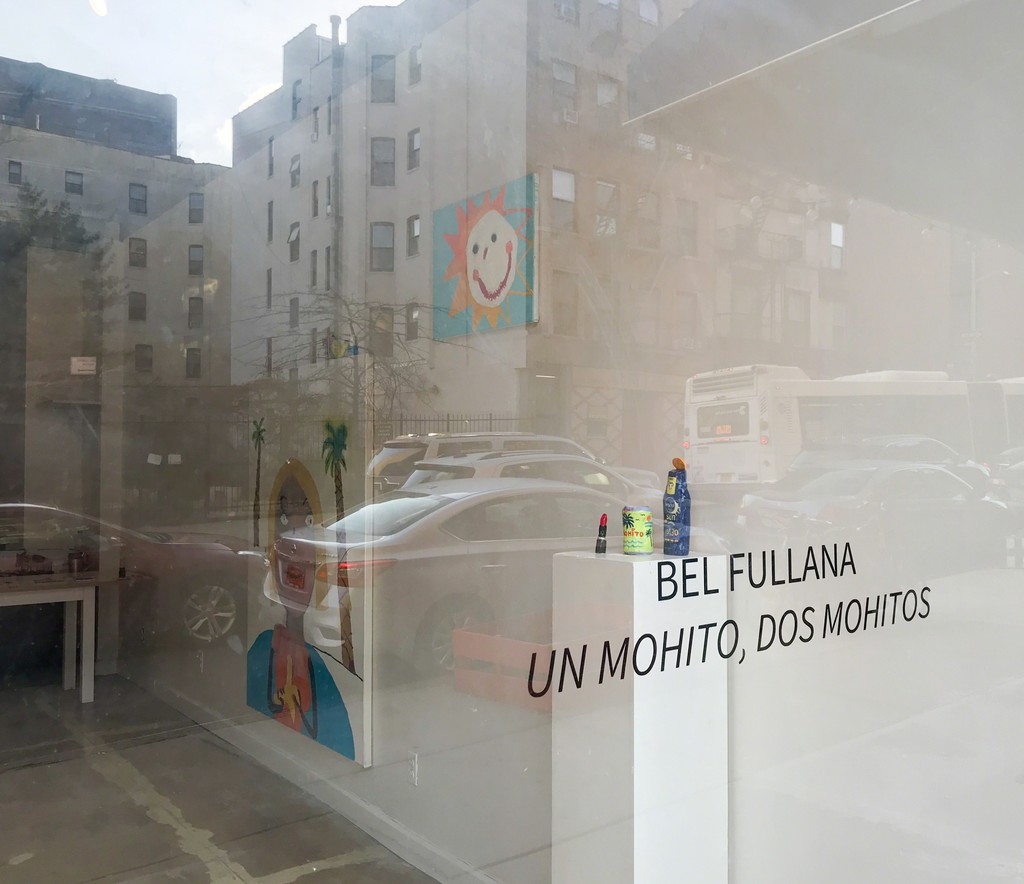 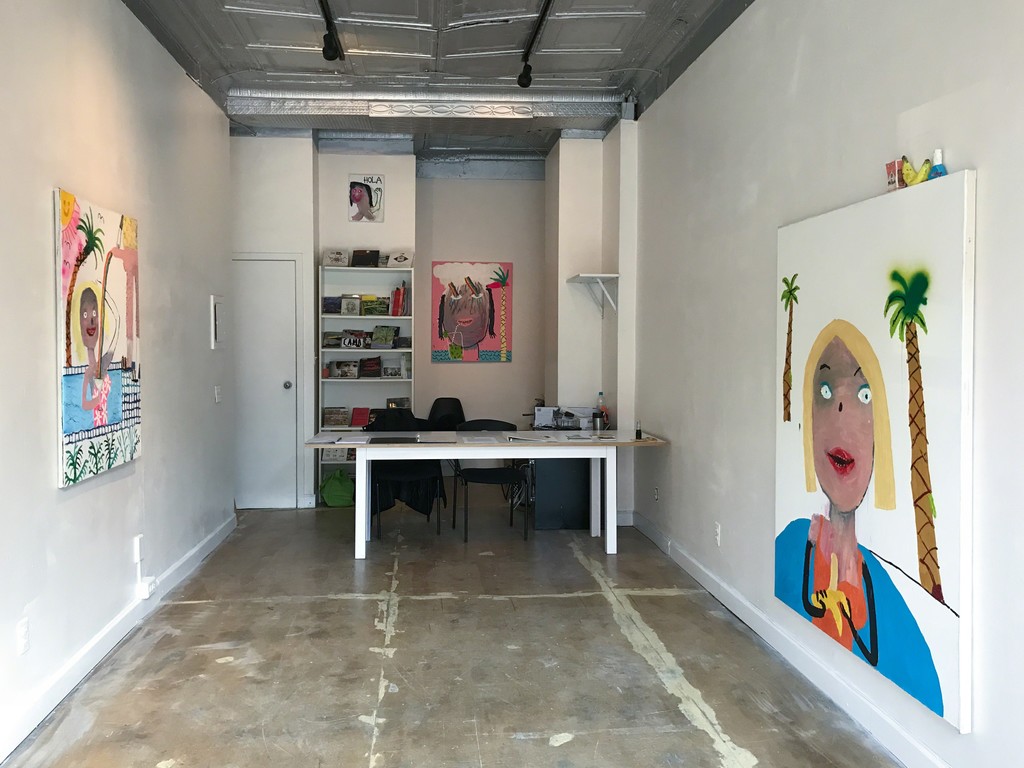 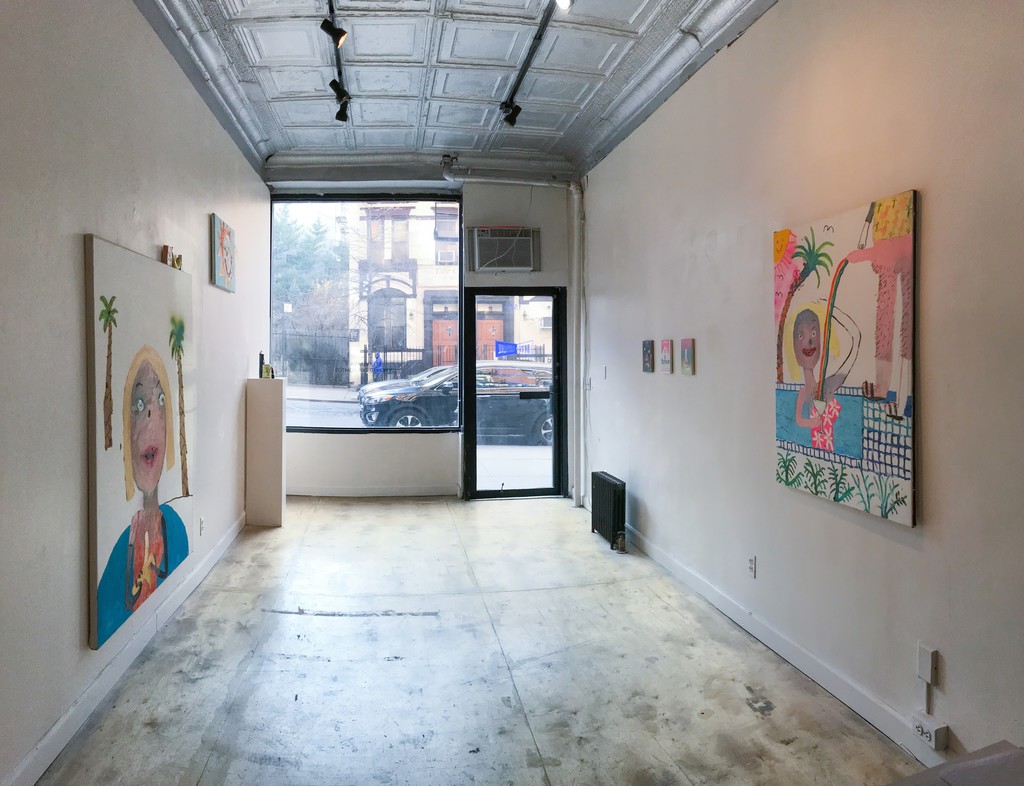 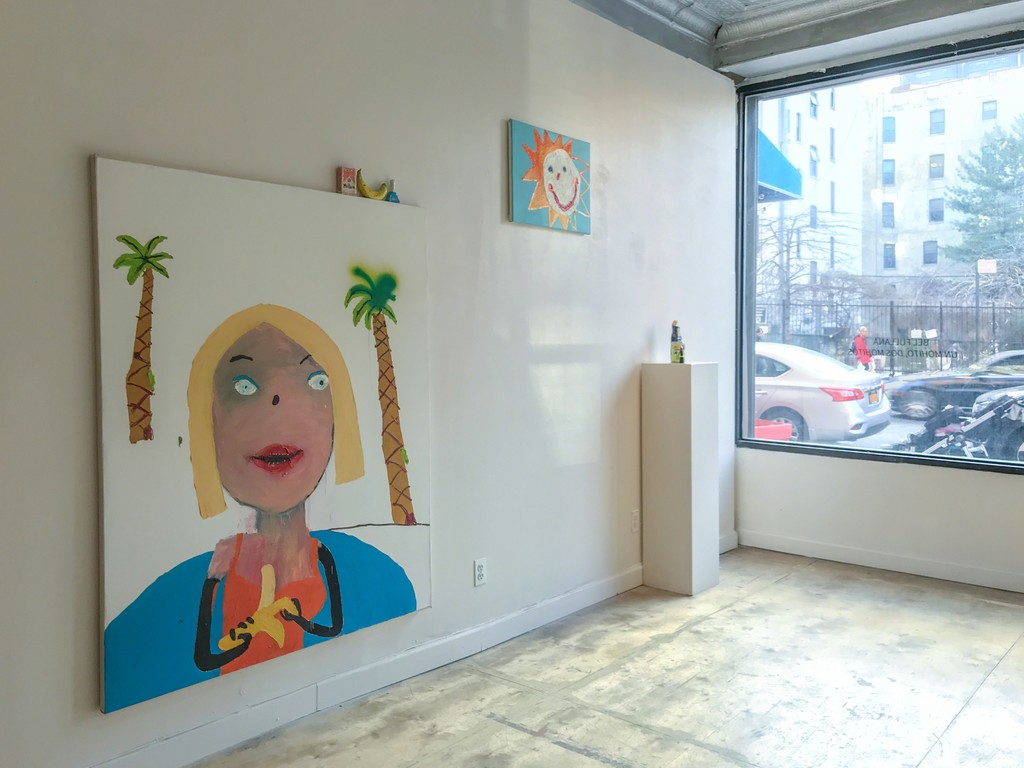 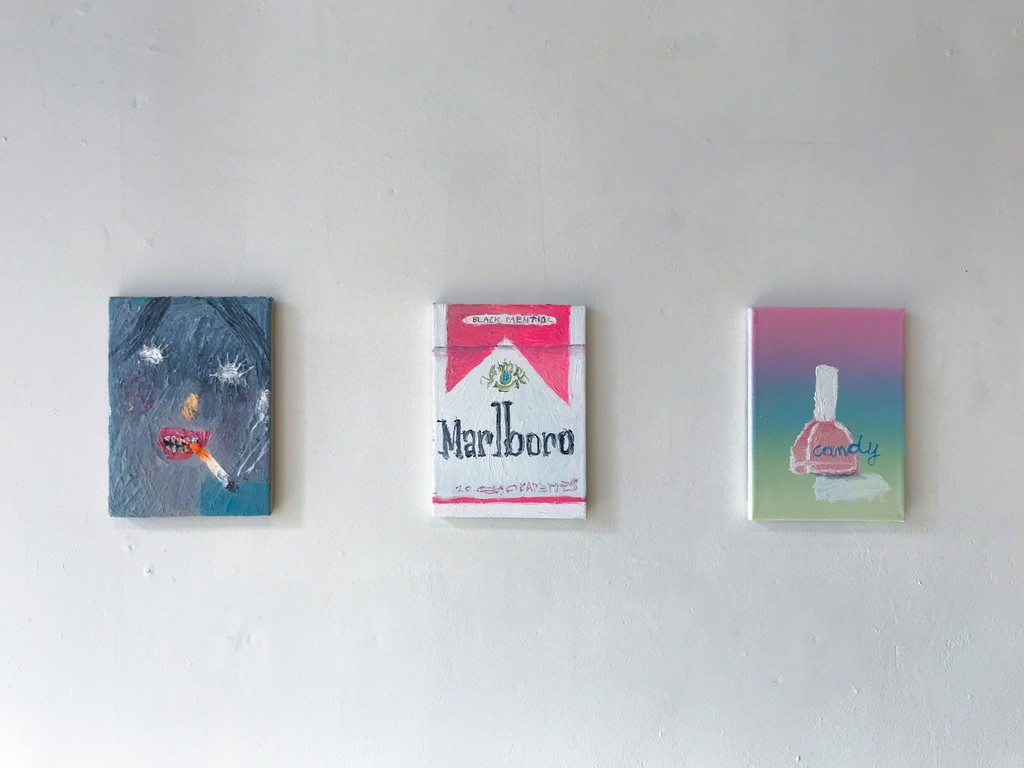 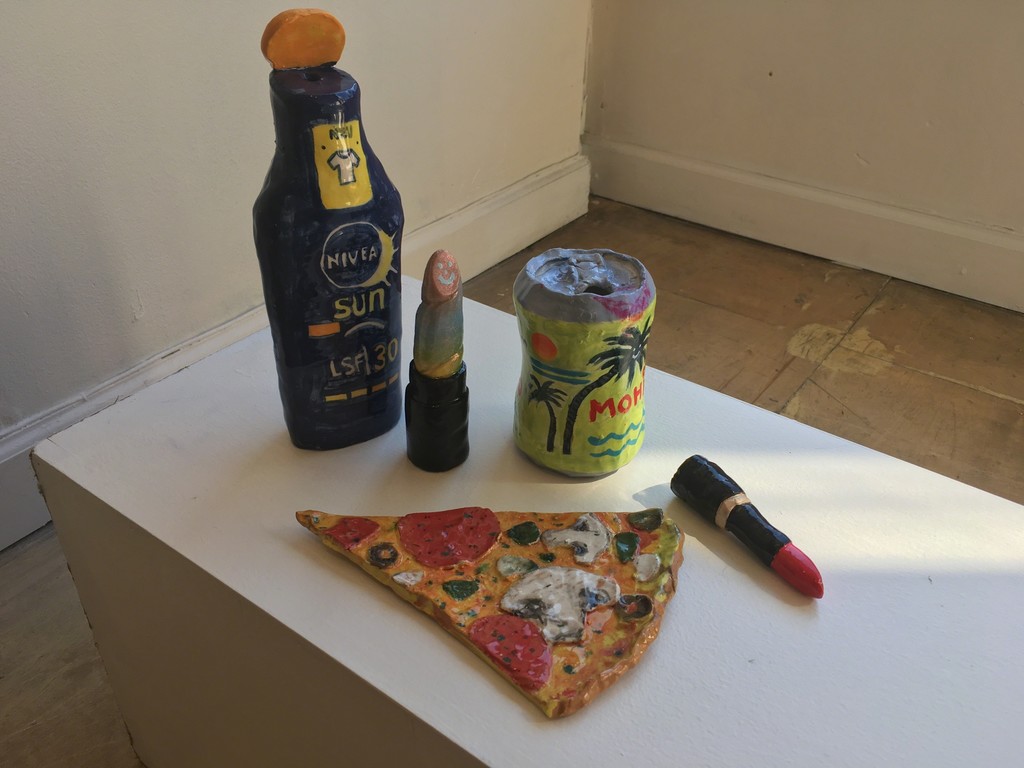 Arts+Leisure is pleased to announce UN MOHITO, DOS MOHITOS, an exhibition of new paintings by Bel Fullana. Combining oil and spray paint, Fullana’s style is painterly and expressive, a vehicle for her inchoate and fluid forms. Channeling a childlike naivety, her works contain a sense of an almost cloying sweetness along with a tinge of perversity, desperation, and darkness.

Working with a palette of pastel hues offset by heavy grays and blacks, Fullana’s colors provide something of a physical analogy of the themes present in her work. Likewise, her brushwork, ranging from thick impasto passages to washes of spray paint, leaves an impression of indeterminacy, suggesting a nebulous, hazy dreamscape between reality and fantasy. In “Marlboro Pink,”a pack of Marlboro cigarettes is depicted with its signature red replaced with pink; here, a loaded symbol of a sort of kitchen-sink reality is given a whimsical makeover, though the effect is rather unsettling and provocative. The contrast between the reality ofthe subject and its naive, childlike portrayal blurs the line between the innocence of childhood and the stark realities of adulthood.

Similar themes of transgression and abjection appear throughout the other works in the exhibition. In “Mamading in theSwimming Pool,” perhaps the most troubling work in the show, Fullana presents a scene of sexual depravity with undertones of coercion in her characteristic style. Referencing “mamading,” an infamous phenomenon among vacationing Brits in the resort town ofMagaluf, in which women are encouraged to provide sexual favors in return for free alcohol, the artist masks the cruelness of the situation with a bright aesthetic veil; the woman is smiling, as is the sun, and a rainbow streams into her glass from the penis of the man standing above her. However, closer examination suggests an altogether different image, one in which degradation and humiliation exist within a framework of tacit cultural acceptance and privilege. The woman’s wide eyes and toothy smile belies an expression of stupor and drunkenness, and the faceless man stands as a totem of systematic exploitation. Nonetheless, Fullana’s visual approach complicates a decisive reading of the painting, compelling the viewer to formulate their own understandingof the work’s conflicting impulses.

Similar clashes between childlike bliss and the bleak exigencies of contemporary life resonate throughout UN MOHITO, DOS MOHITOS. In “Super Mohito Cósmico,” clouds dump both rainbows and rain upon the blank-faced subject, suggesting a lack of agency or apathy, as well as the ambiguity of an amoral world. Alongside their visual appeal, Fullana’s works engage a variety of discourses, from feminist readings to theories on transgression and the abject.

Please join us for an opening reception with the artist on Saturday, April 21st, from 7pm to 10pm. A full-color, limited edition bookwill be published to accompany the exhibition. For more information, contact [email protected], or call 212.691.7700