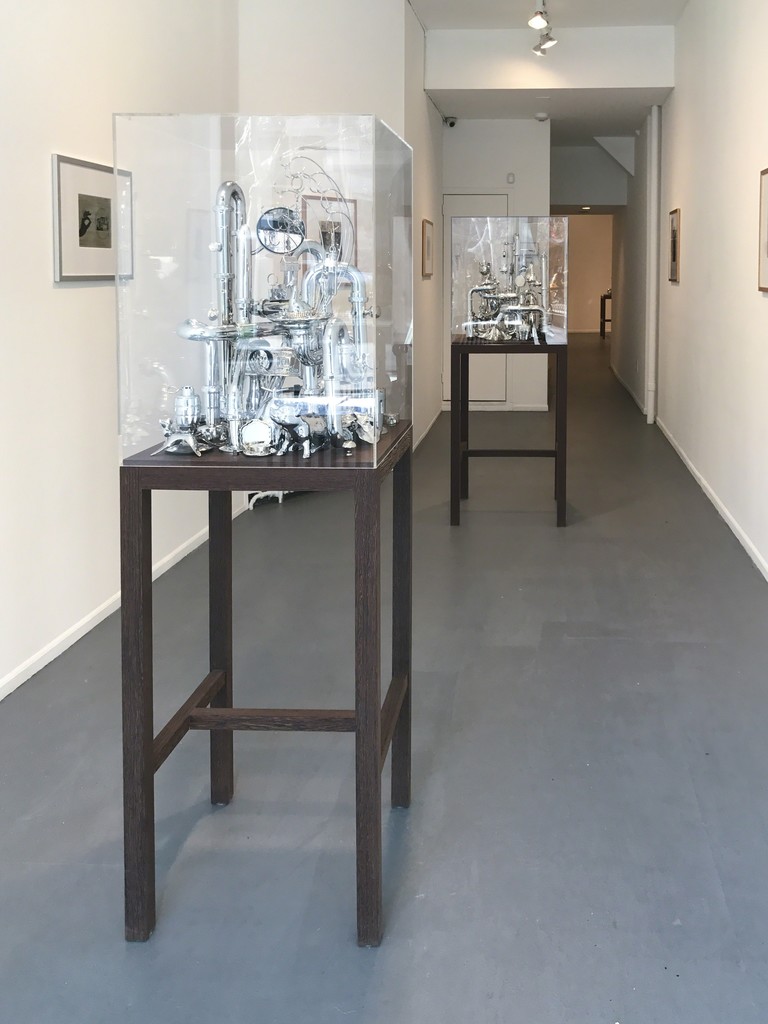 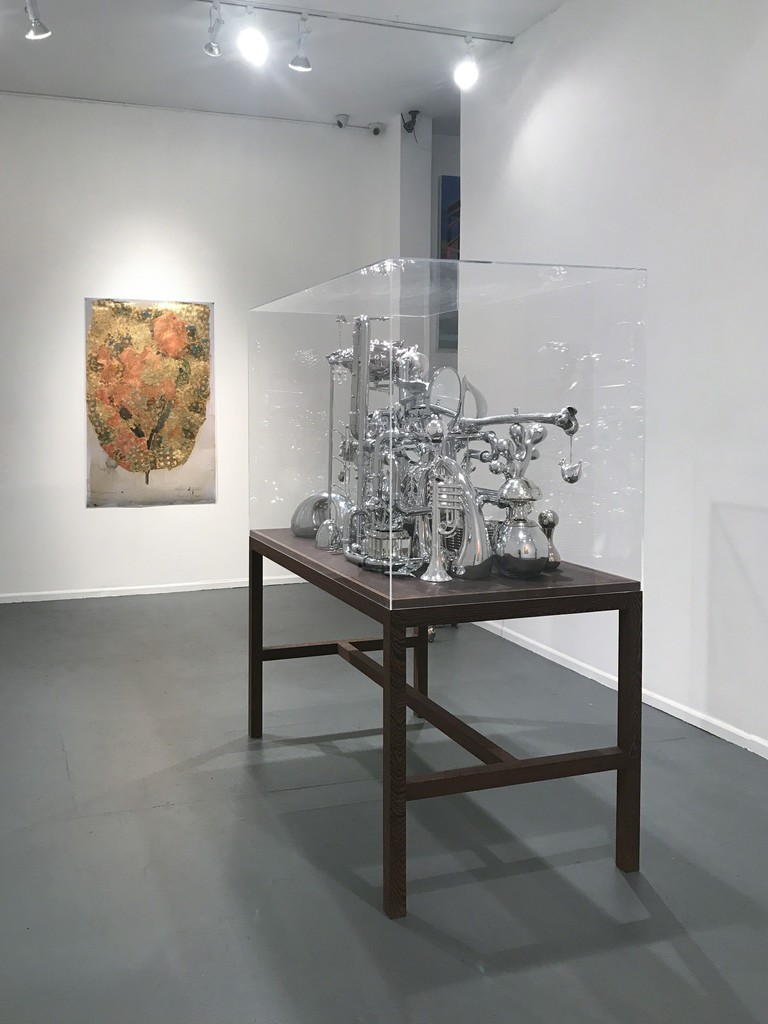 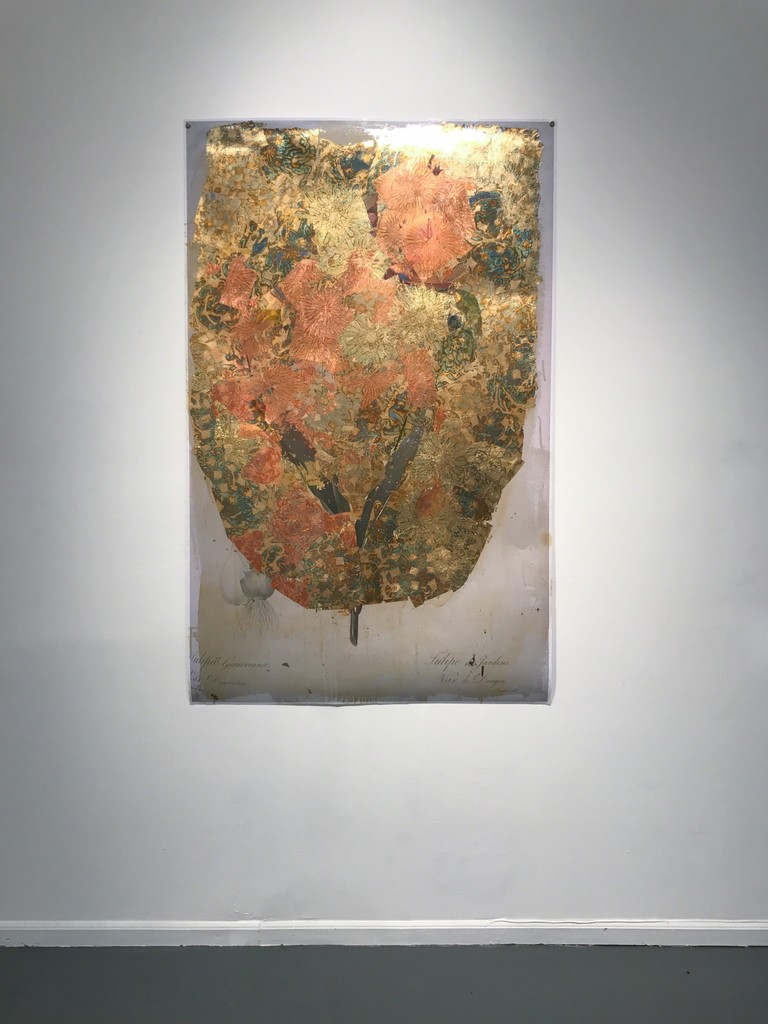 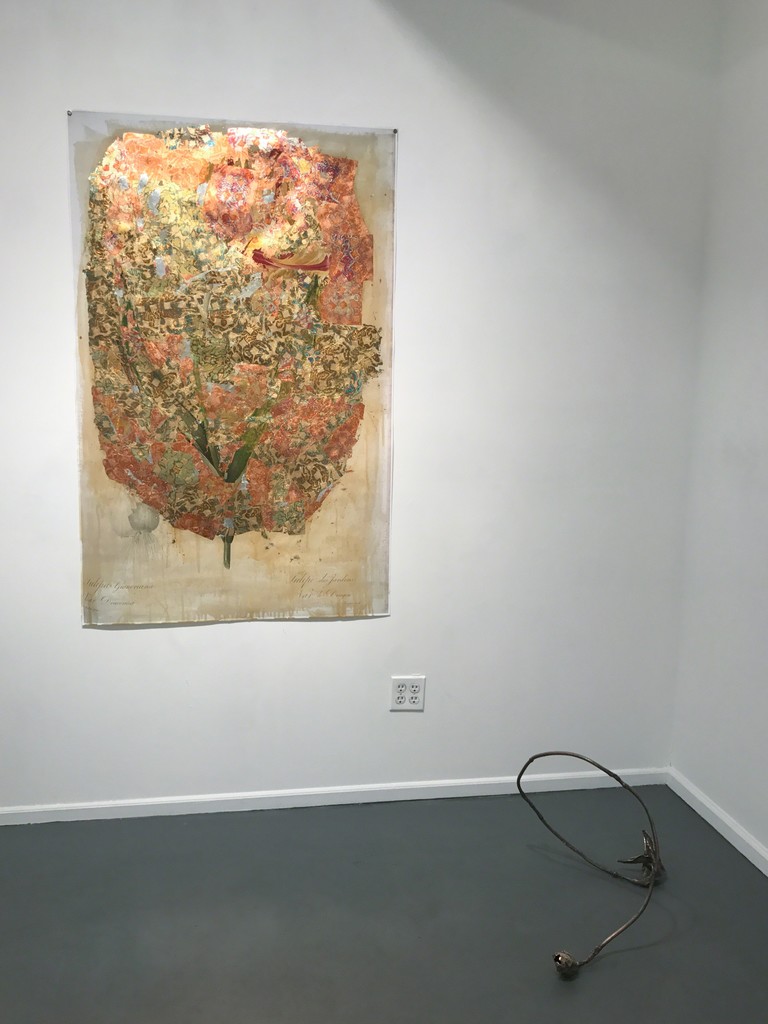 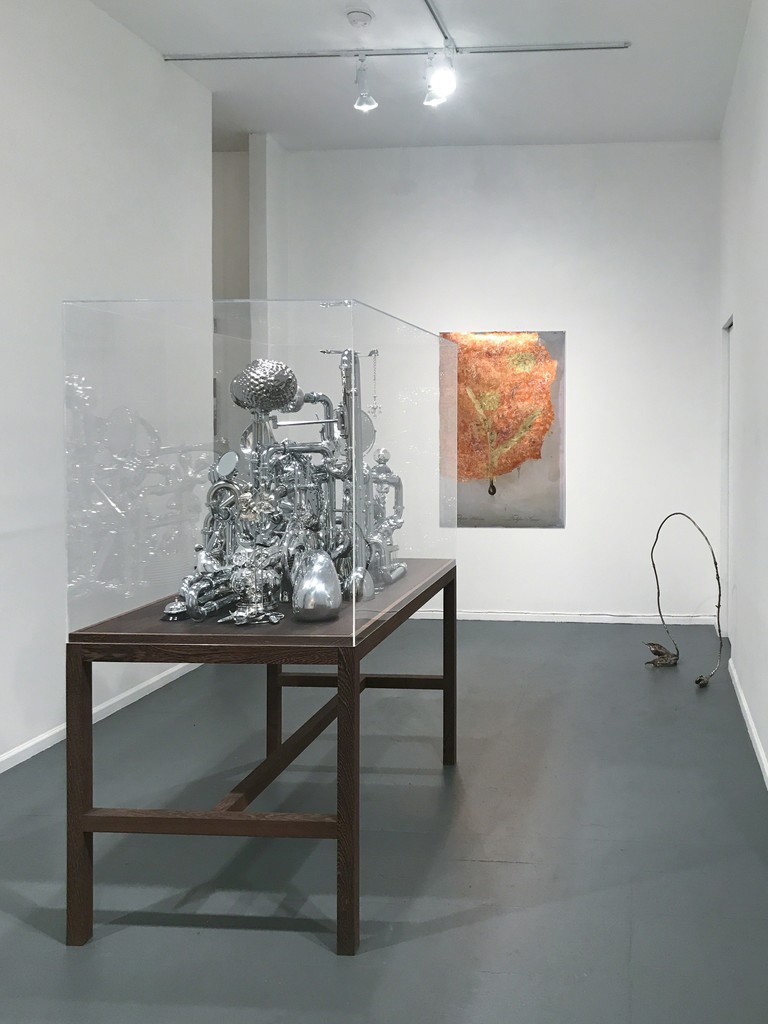 Freight+Volume is pleased to announce "THE SPECULATIVE GAZE," a new body of work by David
Baskin. Consisting of bronze sculptures, prints, and assemblages of chrome objects, the
exhibition uses the Dutch Golden Age and its art as a framework to present a vision of
contemporary consumerism and socio-economic phenomena.

Baskin views the market driven economy and cultural milieu of the 17th century Netherlands as a
sort of parallel world and precursor of our own hyperbolic investment-based economy,
formulating it as an “art-historical model” through which he examines the superficiality of mass
consumption. He is particularly informed by the “vanitas” paintings of artists such as Adriaen
van Utrecht, which fuse an exalted materiality with a sense of anxiety and doubt by juxtaposing
a cadre of sumptuous luxury items with memento mori such as skulls and angels.

The three “still life” assemblages of chrome objects included in the THE SPECULATIVE GAZE
embody a similar duality of material lust and a sort of moral hesitance; as dimensional “vanitas”
images they contain a network of objects and their attendant associations, raising a critique of
contemporary consumerism and economic insatiability through this material dialogue. In
Vanitas, the exotic fruits, animals, and flowers favored by Flemish school painters give way to
totems of our own expanded, globalized economy, including a pendant in the shape of a
marijuana leaf, a flying eagle, and a bust of the Buddha, among countless others. Baskin's own
artistic practice complements the broader themes of his work, as he uses primarily store bought
items in the assemblages, emphasizing his own role as a consumer. Peacock displays a more
literal indictment of greed, replete with symbols such as a pig, a hundred dollar bill, and possibly
the most poignant marker of contemporary financial volatility, a pendant in the shape of a
house. The assemblage includes several mirrors, perhaps prompting the viewer to assess their
own complicity, as well as a grenade, a reminder of the ephemerality of prosperity.

The bronze sculptures, inspired by “Tulip Mania,” the first recorded futures market bubble,
provide a physical analog for the process of economic inflation and crash. Titled Euphoria,
Doubt, Denial, Disillusion, and Realism, they depict the five stages economists equate to the rise
and fall of a market (and incidentally the five stages of the grieving process). Cast in bronze from
molds of actual tulips, the languid arches of the sculptures form a sort of poetics of failure.
Baskin delves further into his model with a series of prints of tulips embellished with gold leaf;
questioning how value is defined, particularly in regard to the tulip, a rather ordinary item that
came to command extreme prices, they reflect the irrational and almost metaphysical
foundations of economic desire.