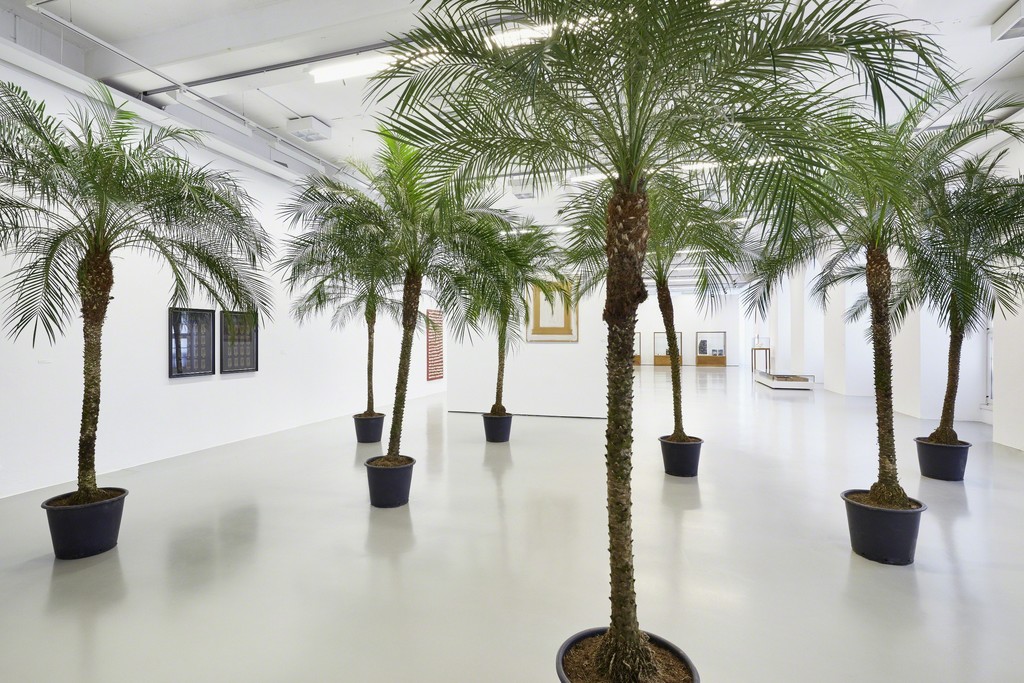 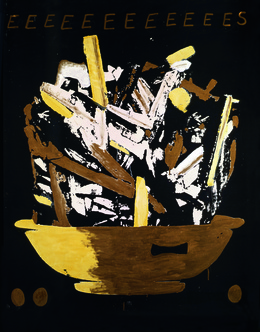 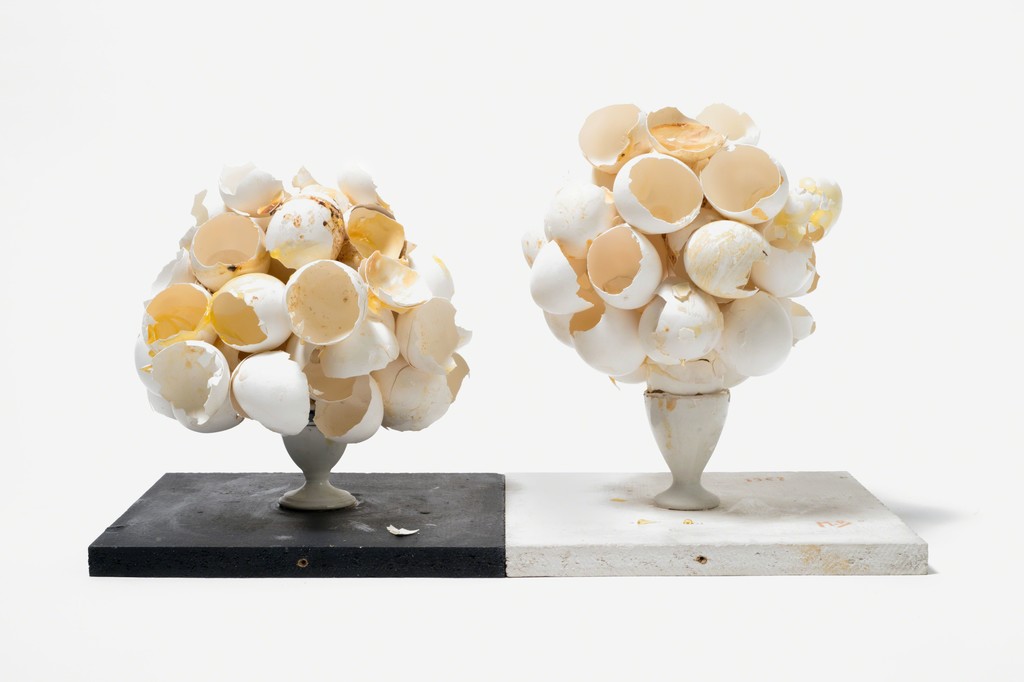 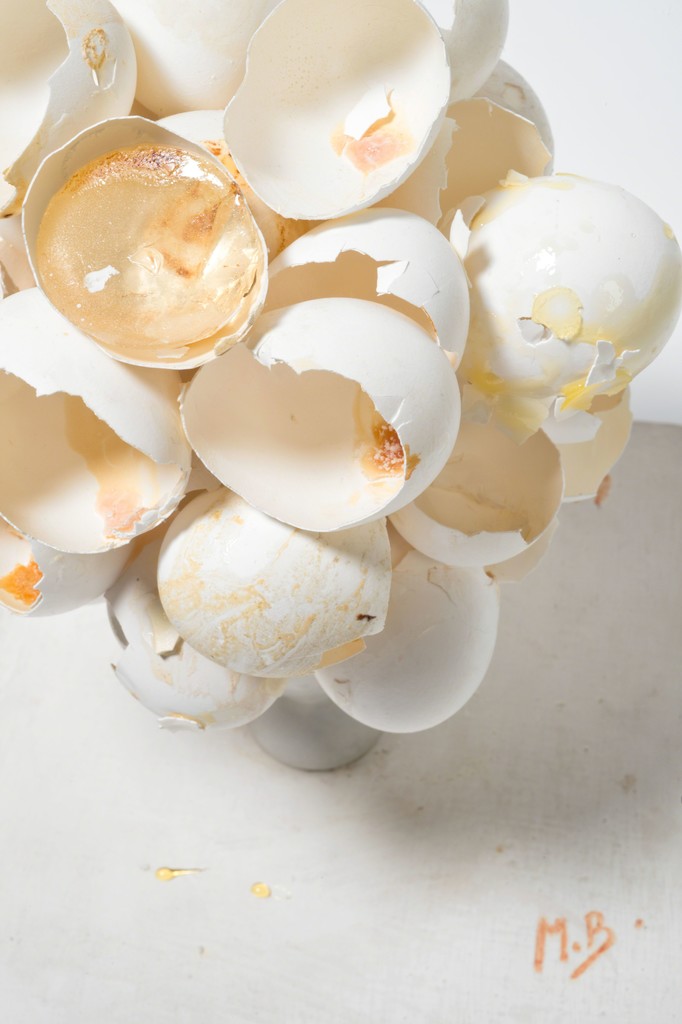 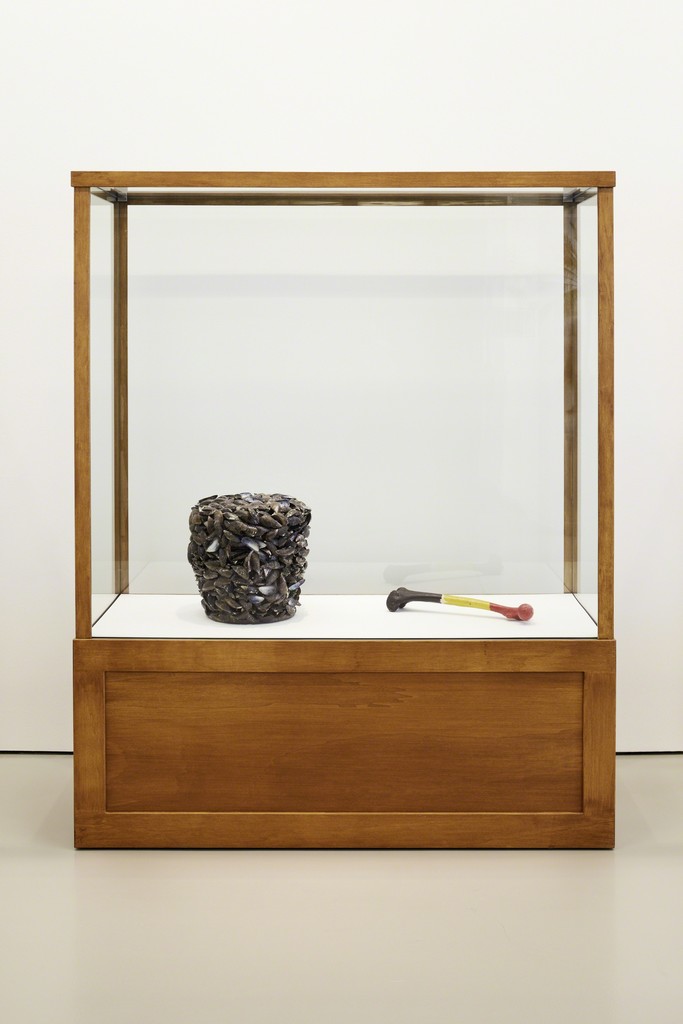 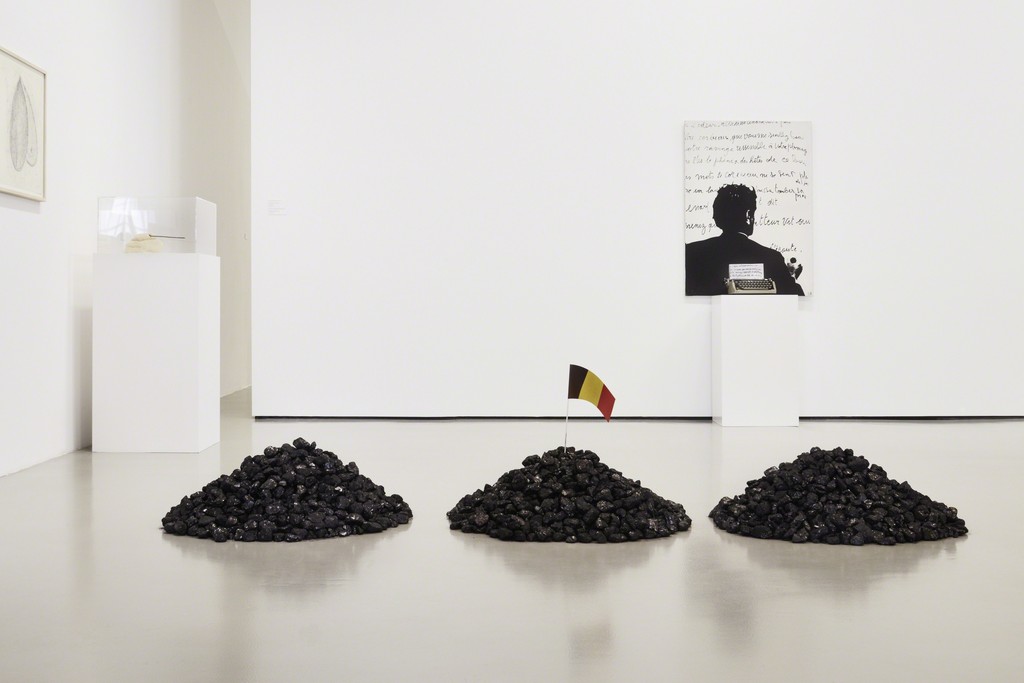 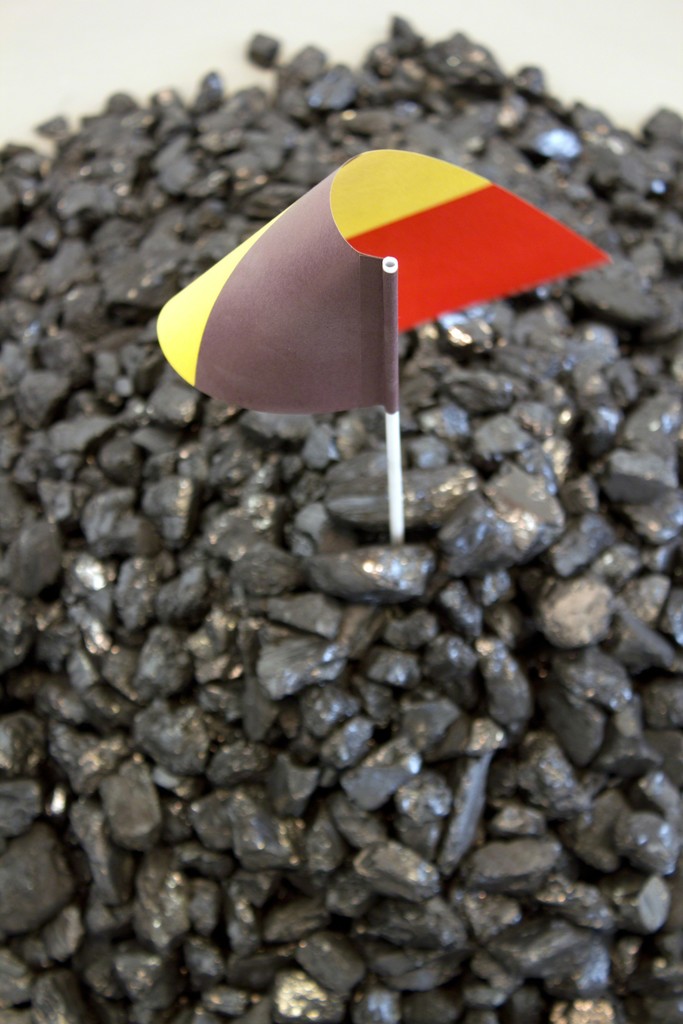 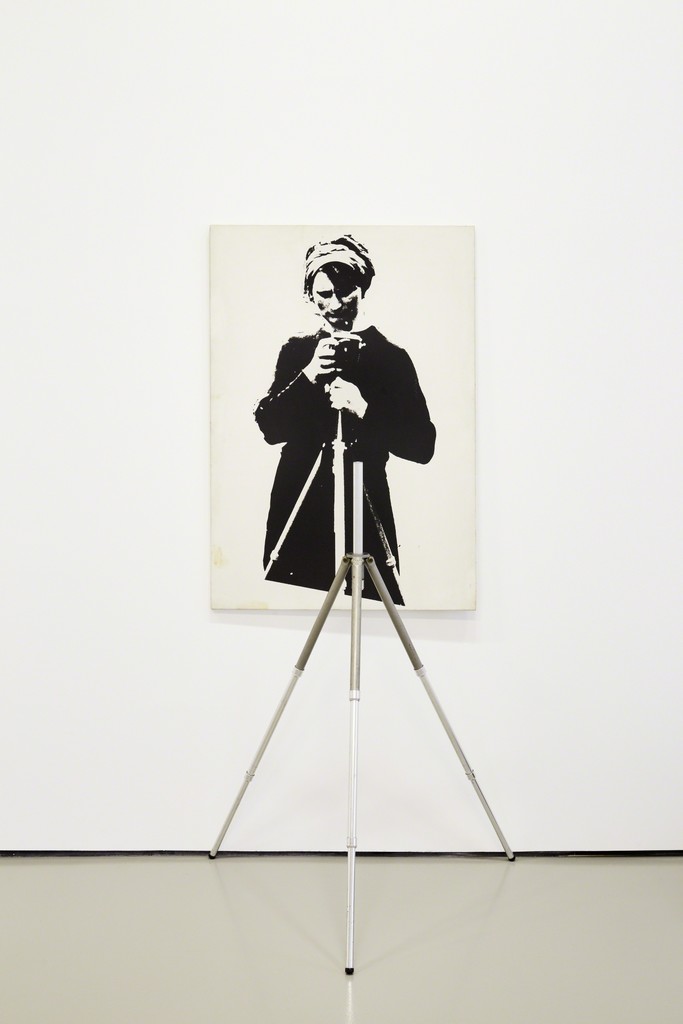 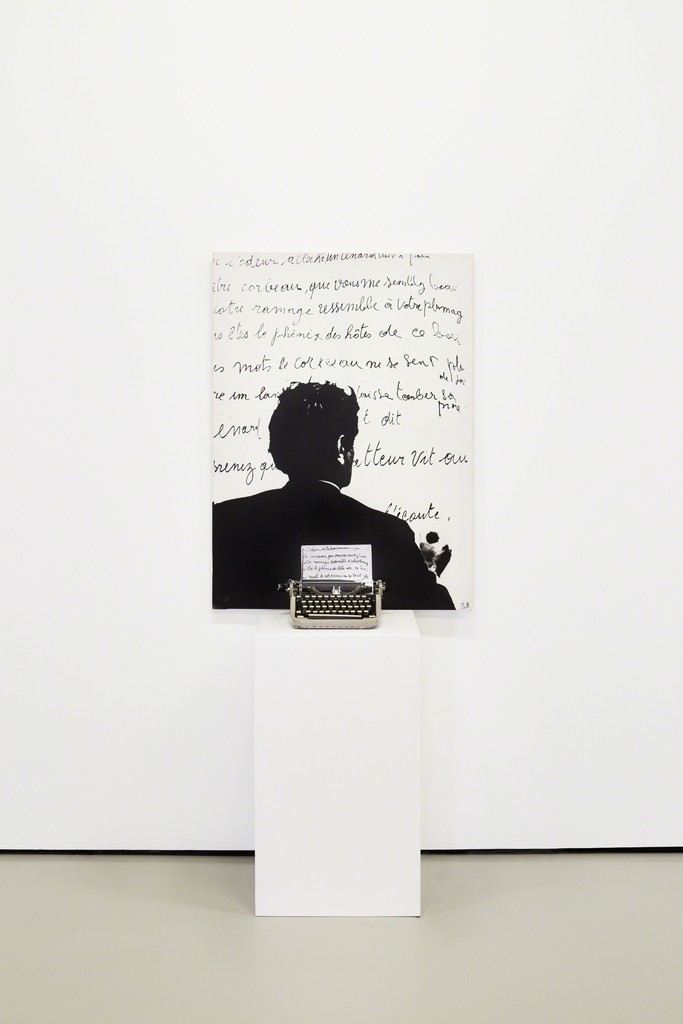 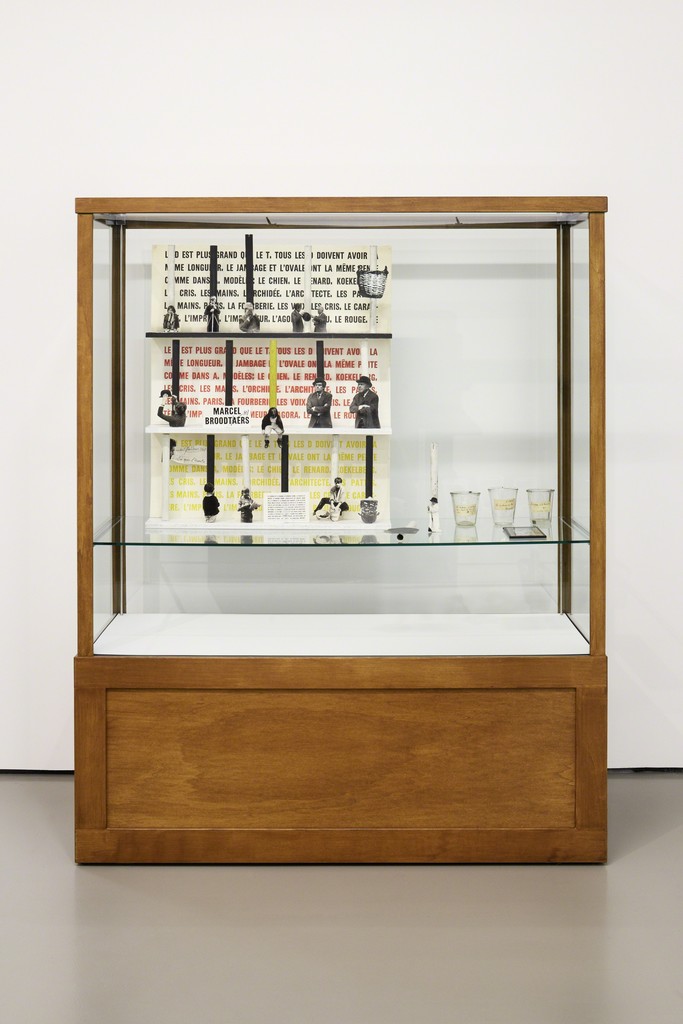 "Fiction enables us to grasp reality and at the same time that which is veiled by reality." – Marcel Broodthaers

At the end of 1963, the writer Marcel Broodthaers (1924-1976) decided to become a visual artist. Yet he retained an avid interest in poetry and language, and their systems of meaning became integral components of his art. Maintaining a distance to the art world, Broodthaers raised fundamental questions about art—about its media, about how the artwork is defined, and about its representation in museums. His works resist definitive art-historical classification and his oeuvre still stands as a persistent critique of the commercializing strategies of the art.
He undertook a critical examination of the practices of collecting, archiving, and display, questioning the power of the institution to define and exposing the museum itself as a representational and ideological authority.
Broodthaers' work is grounded in a probing investigation of the ordering systems of everyday life, the mechanisms involved in the production of meaning, and their place within a collective cultural memory. Extracting images, objects, words, and actions from their established contexts, the artist made visible the contrast between the reality of visual images and the reality they depict. He revealed the agency of objects, which transcend our ability to grasp them through language, and emphasized the puzzling play of language itself, employing words as both visualized ideas and literal material. In an age characterized by our faith in the capacity of visual images to explain scientific and political phenomena, the oeuvre of Marcel Broodthaers, in which the unspoken dissonance of images, words, and meanings becomes apparent, assumes immense power and relevance.