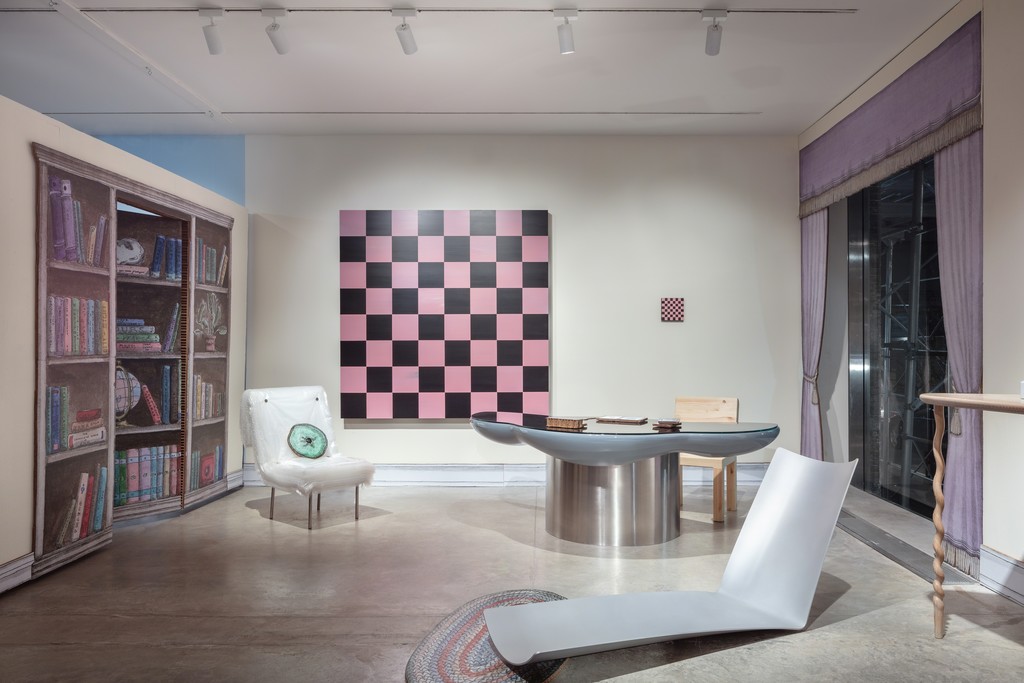 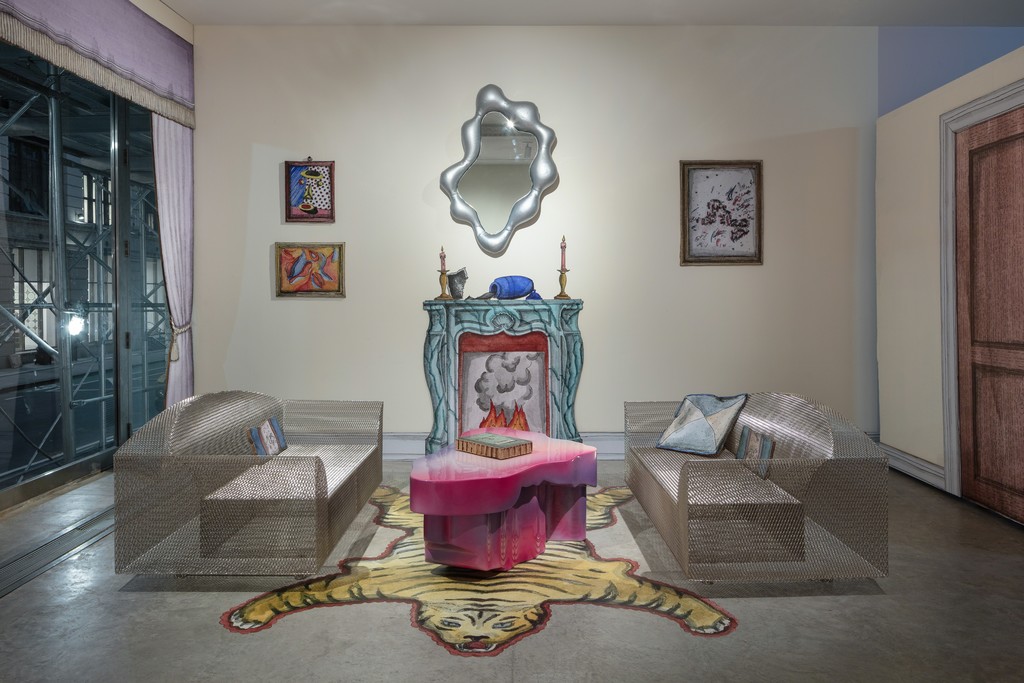 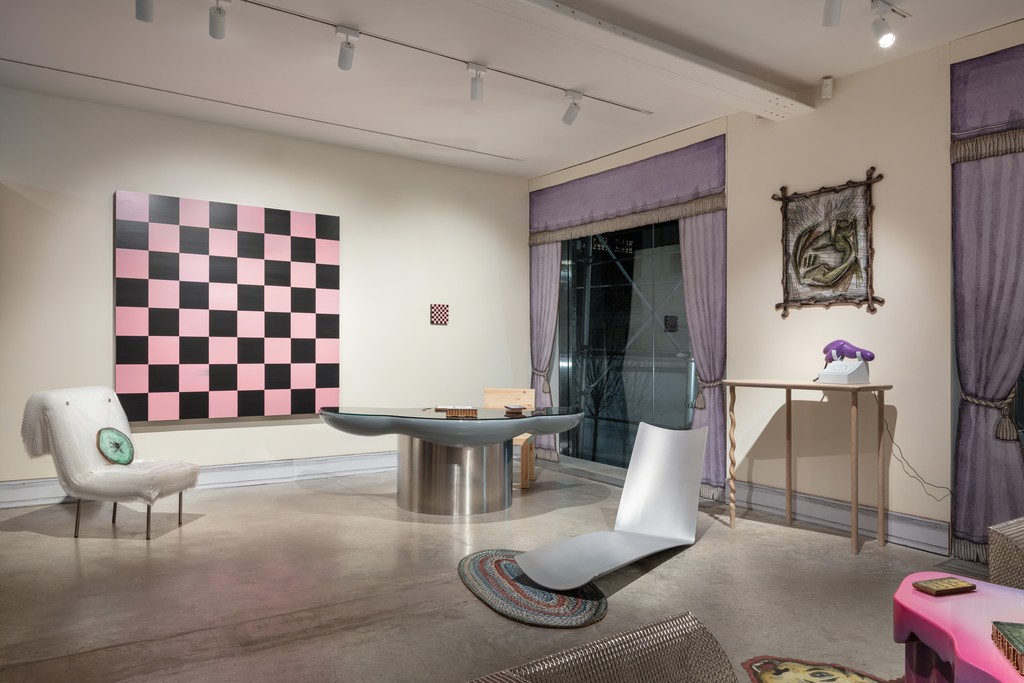 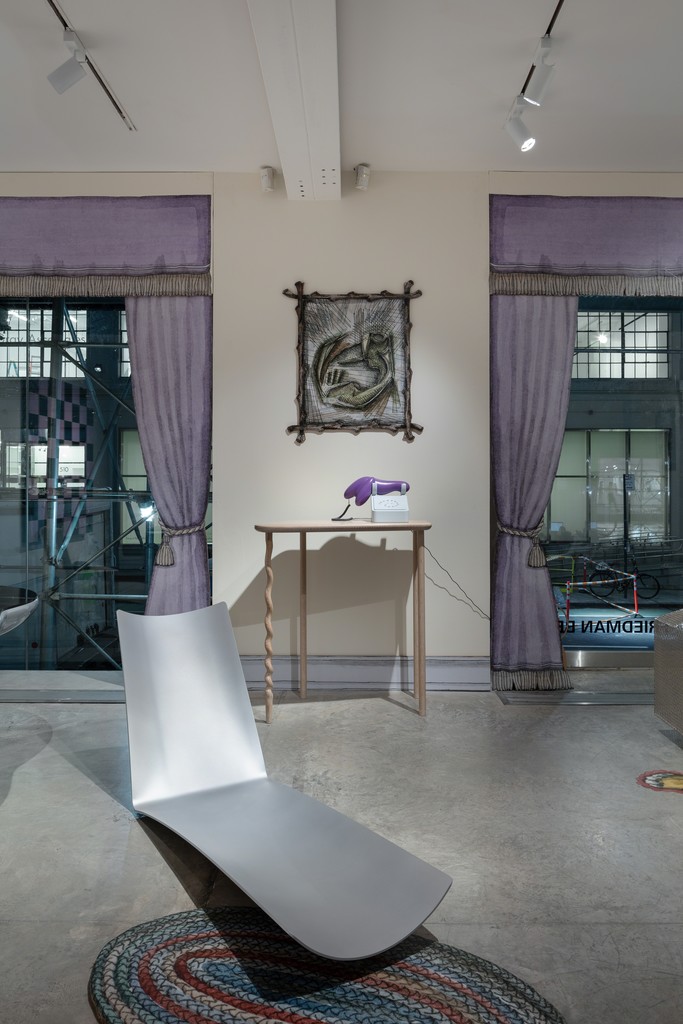 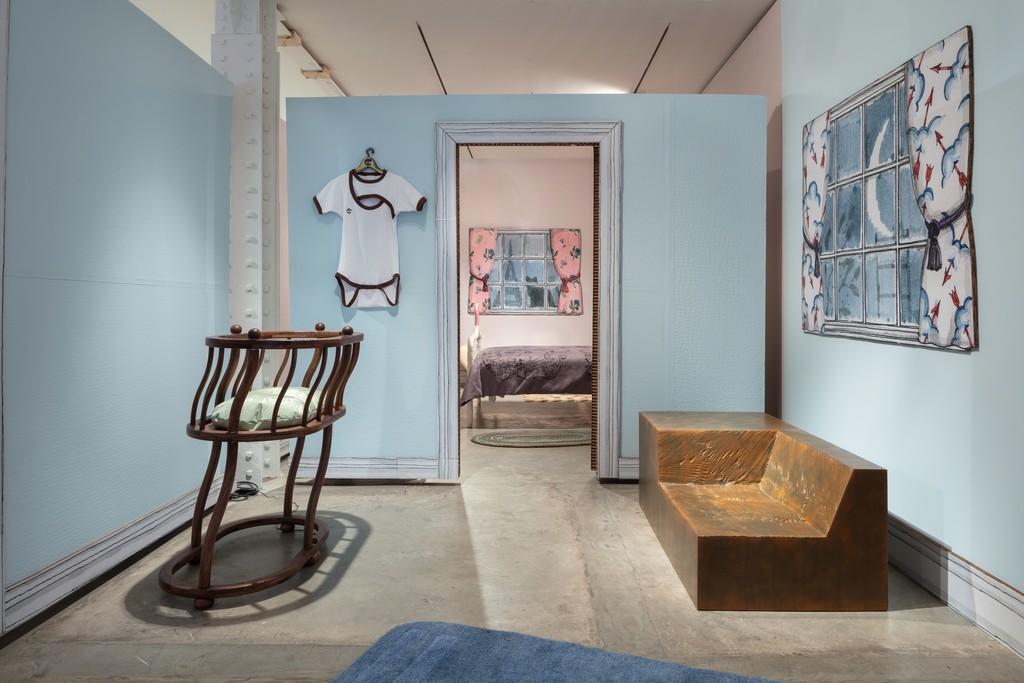 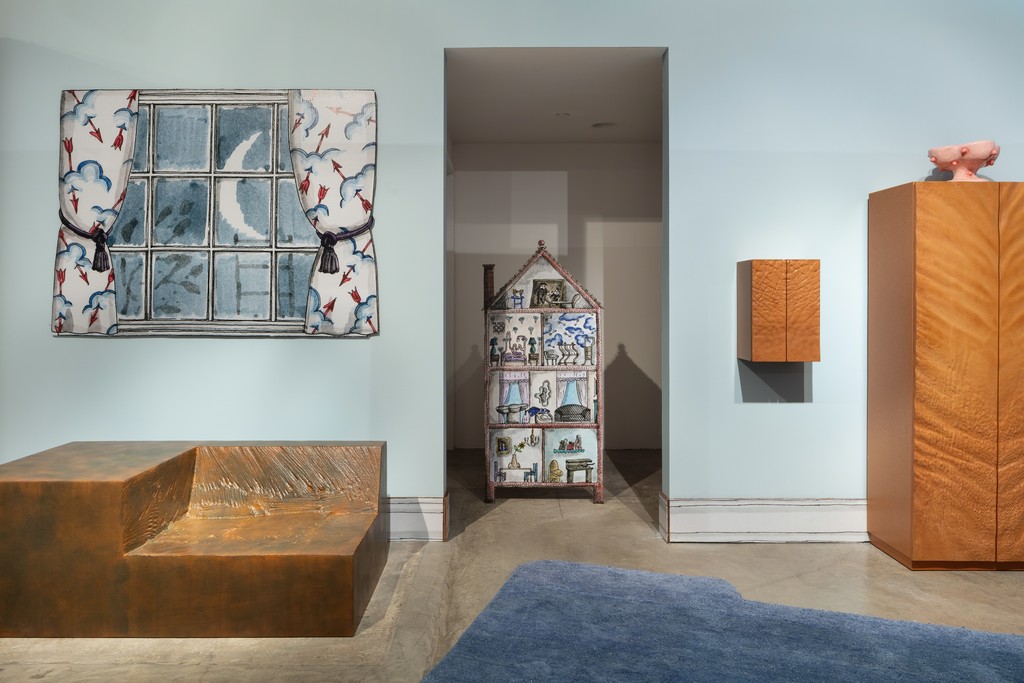 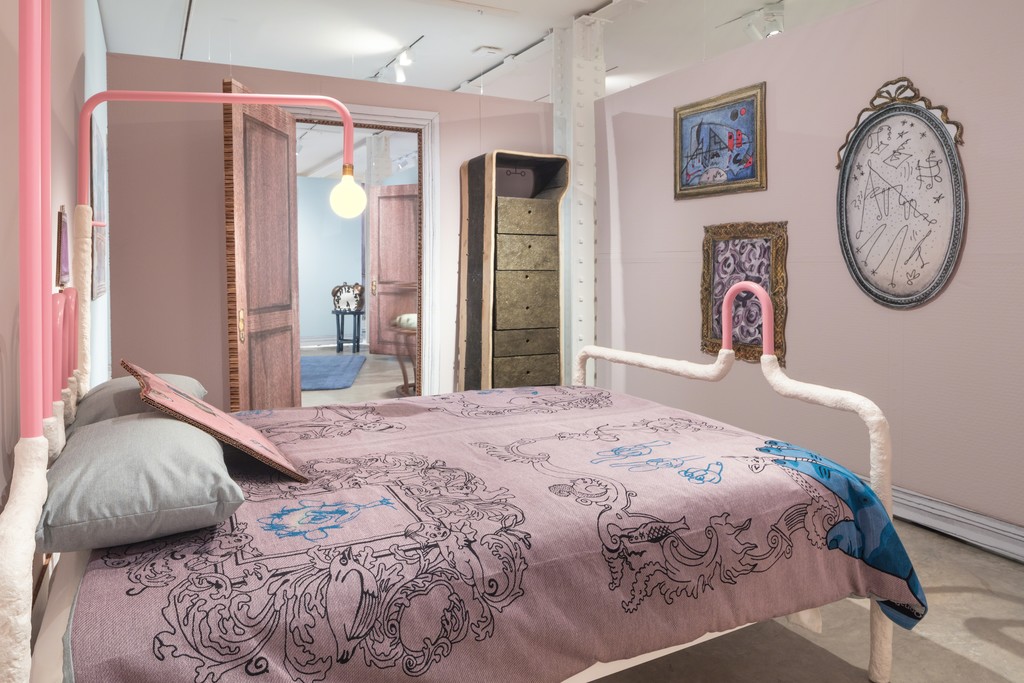 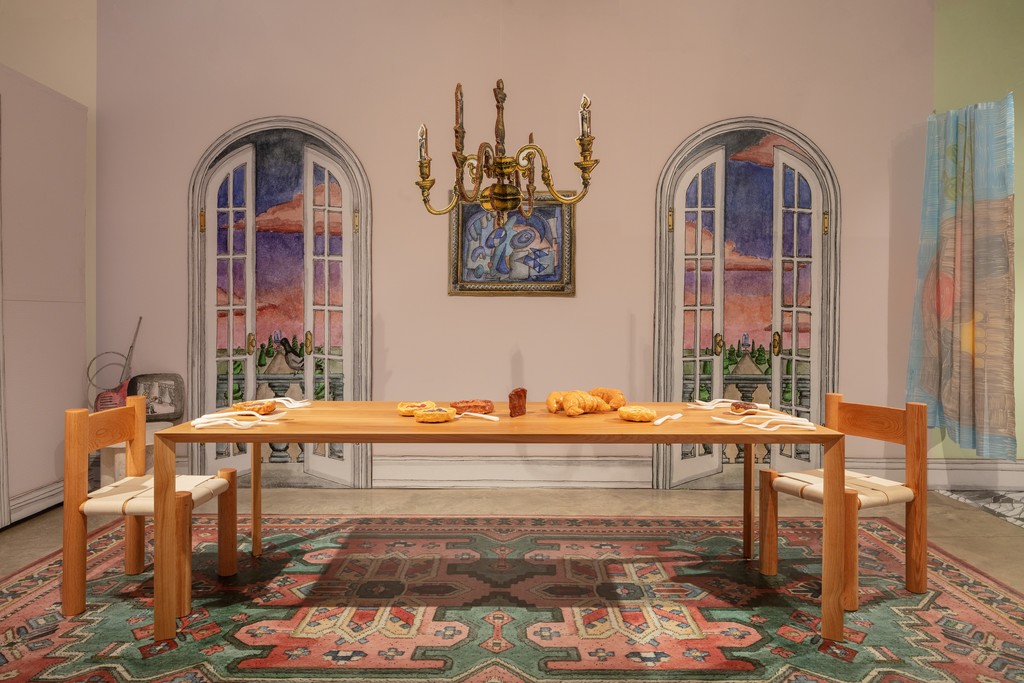 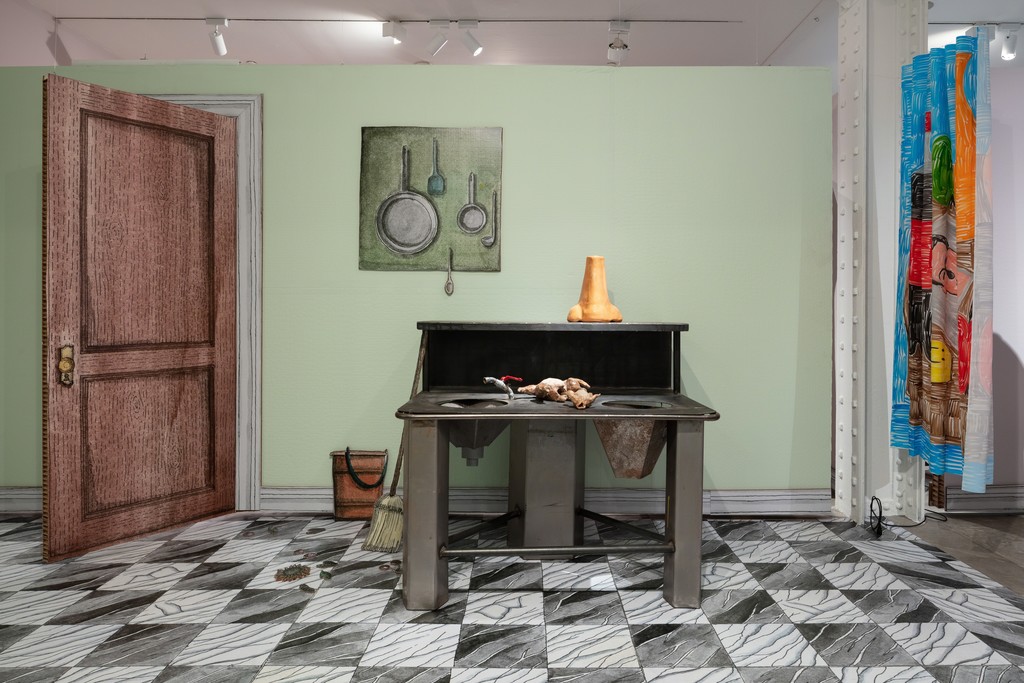 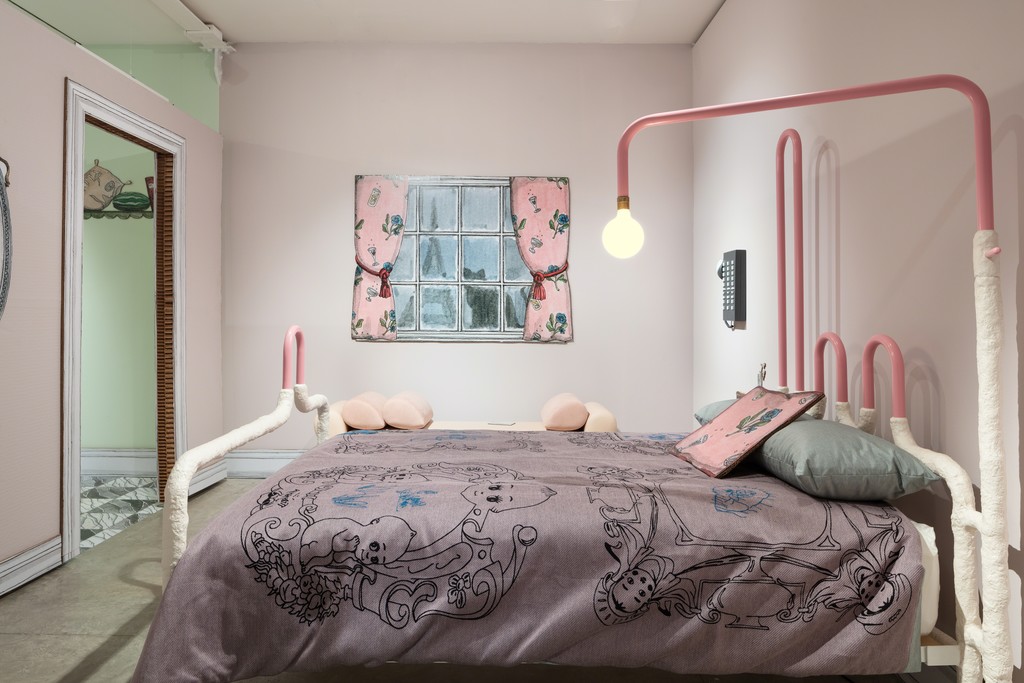 Friedman Benda announces its fifth annual guest-curated exhibition entitled Blow Up. Curated by Felix Burrichter, the founder and editor of the architecture and design magazine PIN–UP, the exhibition will take the miniaturized domestic ideal of the dollhouse and blow it back up to full size. With the help of design firm Charlap Hyman & Herrero, Burrichter will transform the gallery space into a Freudian trip through a 1:1 dollhouse, complete with bedroom, dining room, kitchen, study, and nursery.

Throughout the exhibition, the art and design will bear the strangeness of their “re-rescaling” as simplified forms designed for a miniature world entering back into our own. Shrunken furniture will be restored to macro scale in a double abstraction that leaves everything at uncanny and uneven. “Blow Up is a show about the aesthetics and materiality of scale, and how the objects we’re surrounded with during our childhood condition our ideas of domesticity, taste, and social norms today,” states Burrichter.

Blow Up is a dialogue between seminal designs from 1970s and 80s by Wendell Castle, Gaetano Pesce, and Shiro Kuramata, with contemporary art and design, including over a dozen works specially commissioned for the show. Artists, architects, and designers on view include:

The exhibition will be accompanied by a small publication featuring texts by Jeppe Ugelvig, Micaela Durand, and others.

About Felix Burrichter
Felix Burrichter is a German-born, New York-based creative director, curator, writer and editor. Originally trained as an architect in Paris and New York, in 2006 Felix founded PIN–UP, a self-described biannual “Magazine for Architectural Entertainment.” In addition to publishing PIN–UP, Burrichter curates exhibitions, consults on design and architecture projects for various design brands, and contributes to numerous publications including W Magazine, Icon Design, Cakeboy, Fantastic Man, and The Gentlewoman. Burrichter has edited a number of design and art books including Cassina: This Will Be The Place (Rizzoli), Rafael de Cárdenas: Architecture at Large (Rizzoli), PIN–UP Interviews (powerHouse) and Paul Mpagi Sepuya: Studio Work (Familiar). In 2013 he curated Paper Weight, an exhibition on the culture of independent publishing for the venerable Haus der Kunst in Munich, Germany. In 2015 Felix curated the exhibition Pavillon De L’Esprit Nouveau: A 21st-Century Show Home as part of the second Annual Architecture and Design Series at the Swiss Institute, New York. In 2017 Burrichter curated the Superbenches project in Stockholm, a project for the permanent installation of 10 public park benches commissioned by international designers, including Philippe Malouin and Max Lamb. Burrichter also co-designed the stage set to artist Xavier Cha’s dance performance BUFFER, which premiered at BAM/Brooklyn Academy of Music in November 2017.