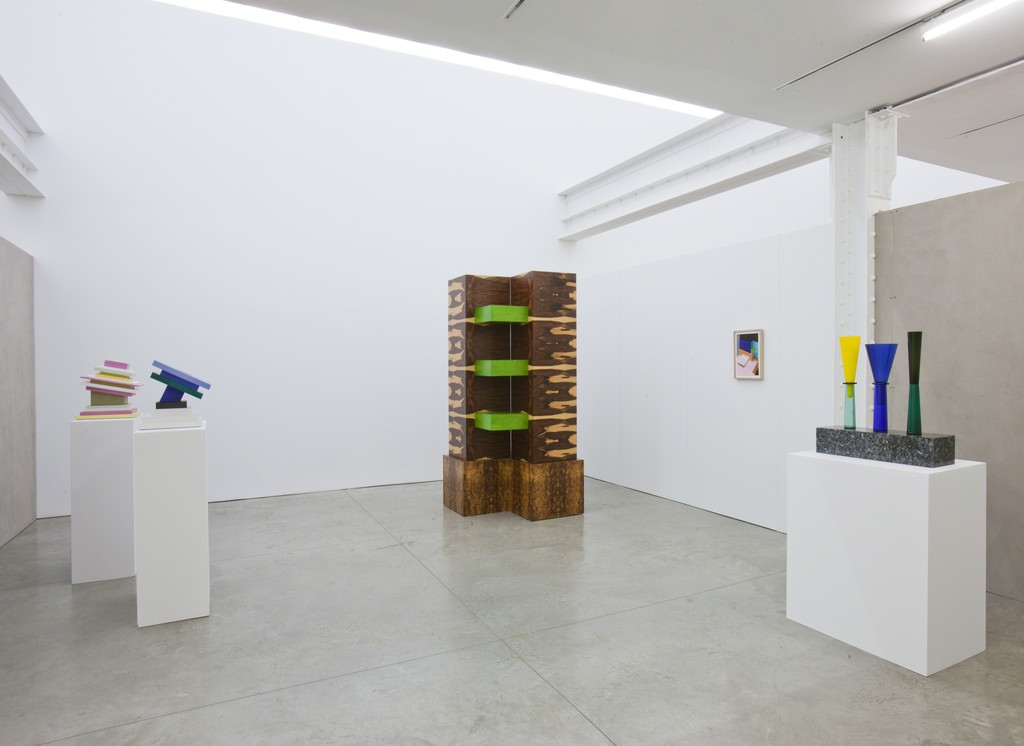 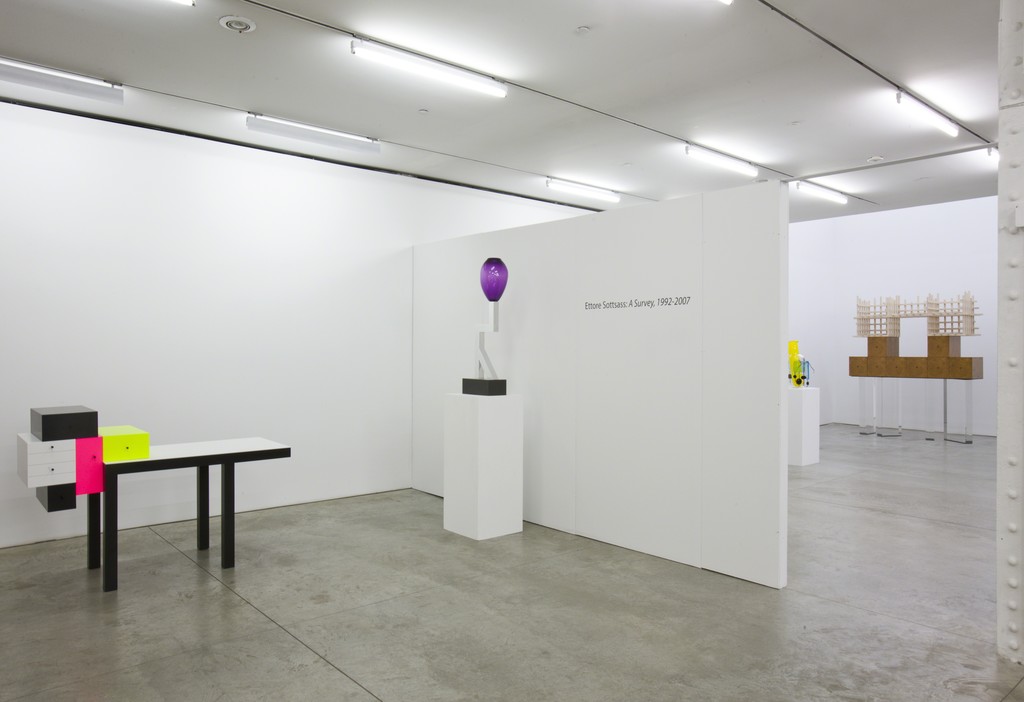 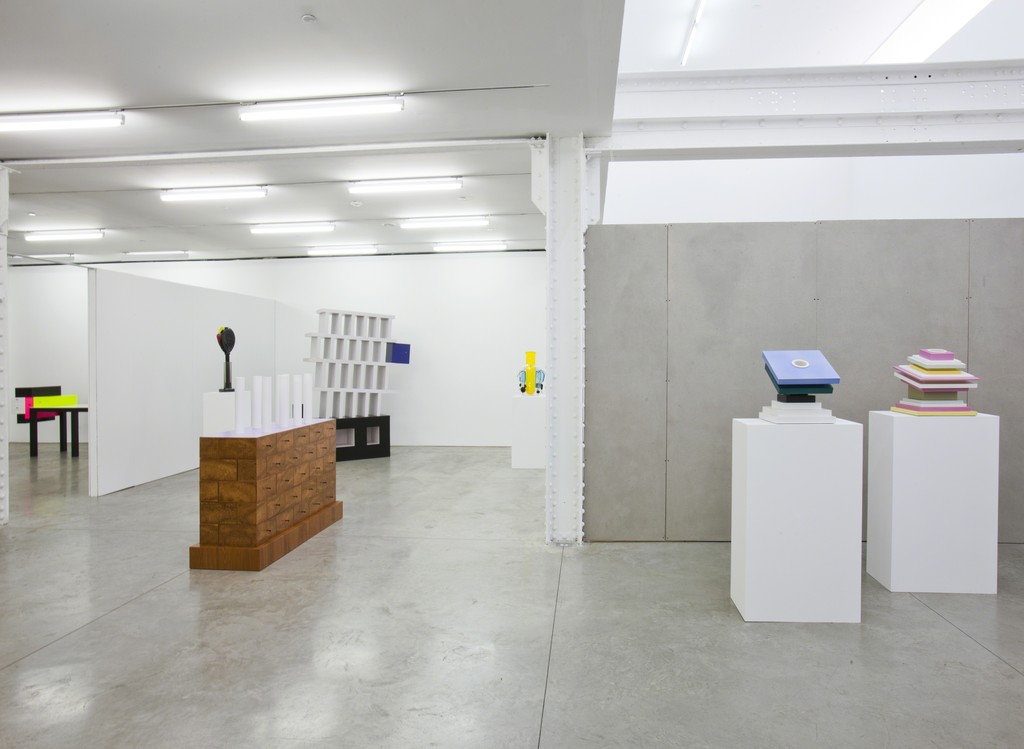 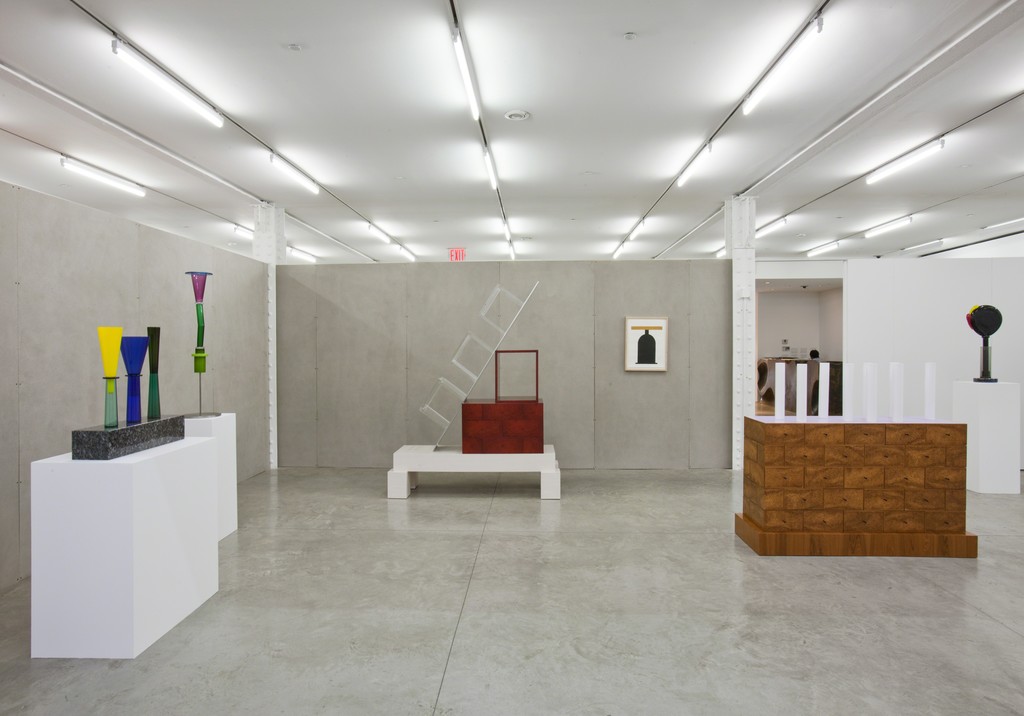 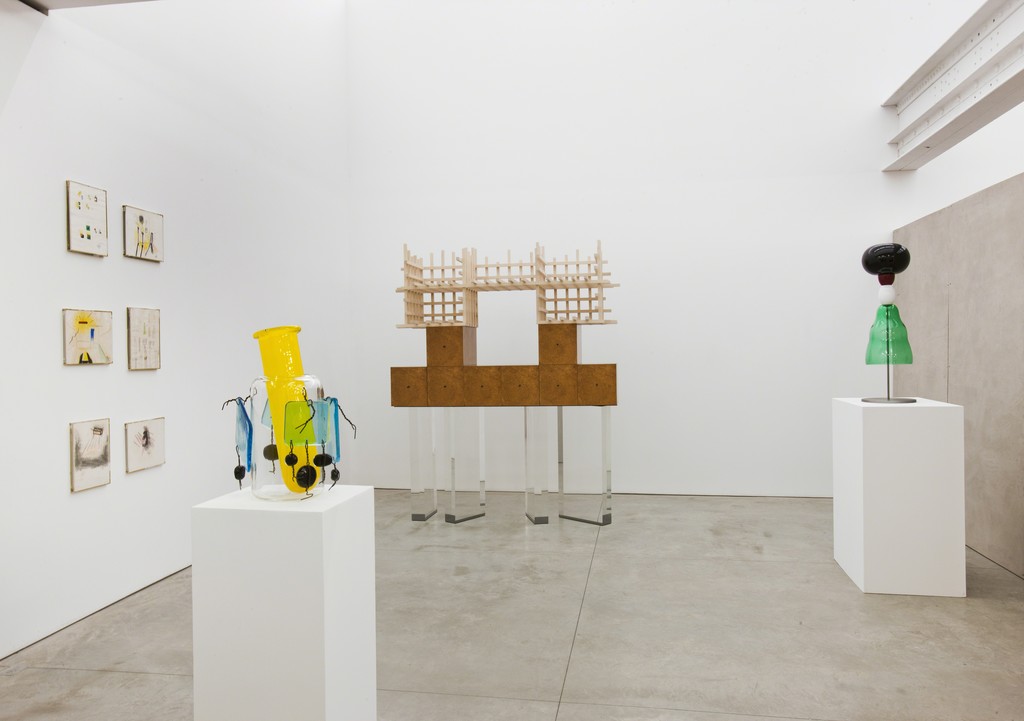 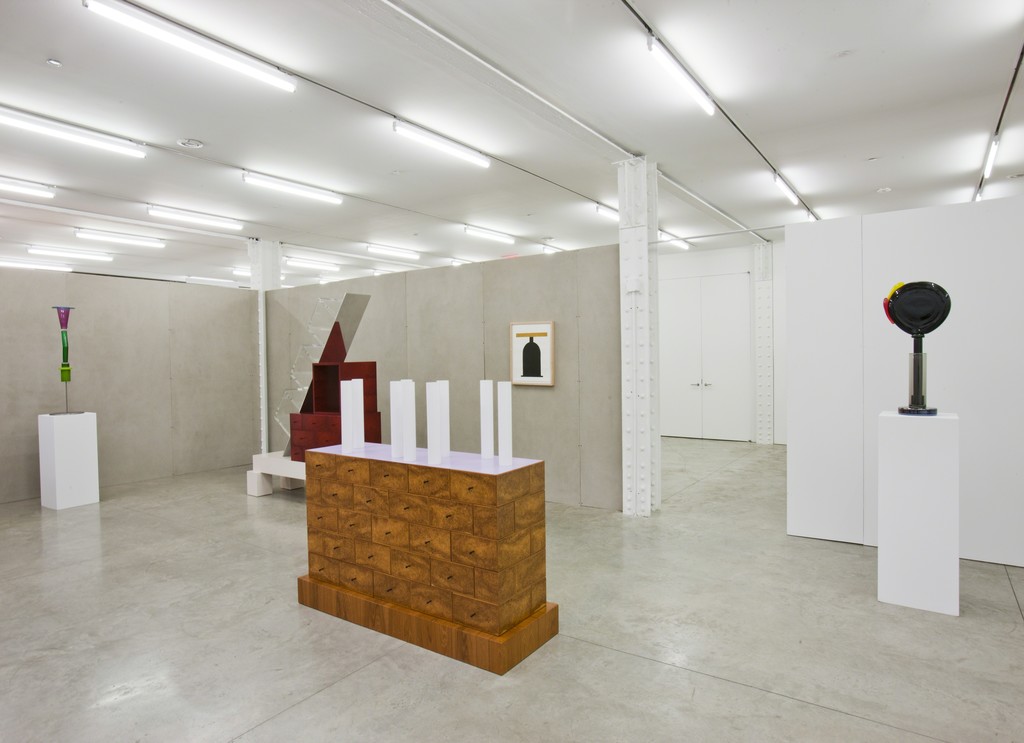 This June, Friedman Benda will open a survey of Ettore Sottsass’ works from 1992 to 2007. It will be the sixth exhibition by the gallery of his work and a rare look at the final stretch of his celebrated career, presenting ceramic and glass objects, and wooden, metal, and acrylic cabinets.

The last fifteen years were a period of heightened craftsmanship for Sottsass, and they offer a gateway to the mind of an inimitable designer. Through all six decades of his practice, he possessed an intuitive knowledge of proportion, nurtured by his immersion in everything he witnessed, from surviving artifacts to Modernist offerings. Each work offers a gesture of aesthetic and formal mastery, as well as an awareness of what was created out of other societies’ endeavors and a spiritual connection to basic human concerns.

The innate qualities of the material come to the fore in this survey. The idiosyncratic compositions of Sottsass’ cabinets underscore his choice of fine woods and color accents. Blown glass, crafted in collaboration with Murano glassworks, plays between transparency and opaqueness, contrasting the organic, vibrant forms with their cold metal base. And the ceramics—rational, square slates that when stacked together make a lively pile—seem inviting and wise, balancing geometric edges with the weaving vigor of the overall form.

A significant counter-force to Modernism, Sottsass changed the bandwidth of design, adding alternate routes to those available in the post-war era. Over his lifetime, he made a trail of iconic designs, from the ceramic totems and laminate Superboxes of the mid-1960s to the Valentine typewriter of 1969—for which he was awarded the Compasso d’oro—and the Carlton room divider for Memphis from 1983, to list only a few. Enhancing domestic life with his best-selling designs for Alessi, and emerging as a practicing architect in the 1980s, he maintained throughout a personal, artisanal practice—an echo of and testament to Italian craft and world traditions.

Sottsass’ individualism was balanced by his sensitive observation of design traditions, and his concern with social and cultural implications of contemporary design. In rigorous pursuit of new languages of making, Sottsass challenged convention for over six decades with provocative color, atypical functionality, and novel composition. While leaving sketchbooks and essays to guide others, he forged new territory, leaving entire movements and thought processes such as radical design, anti-design, and post-modernism in his path.

He has been the focus of major museum retrospectives at the Los Angeles County Museum of Art, in 2006; the Design Museum, London in 2007; and the Centre Pompidou, in 1994, 2003 and 2009. A monograph on the artist’s work is in preparation by Phaidon. Sottsass received the title of Officier dans l’ordre des Arts et des Lettres from the French Republic in 1992, and of Grande Ufficiale per l’Ordine al Merito from the Italian Republic in 2001.