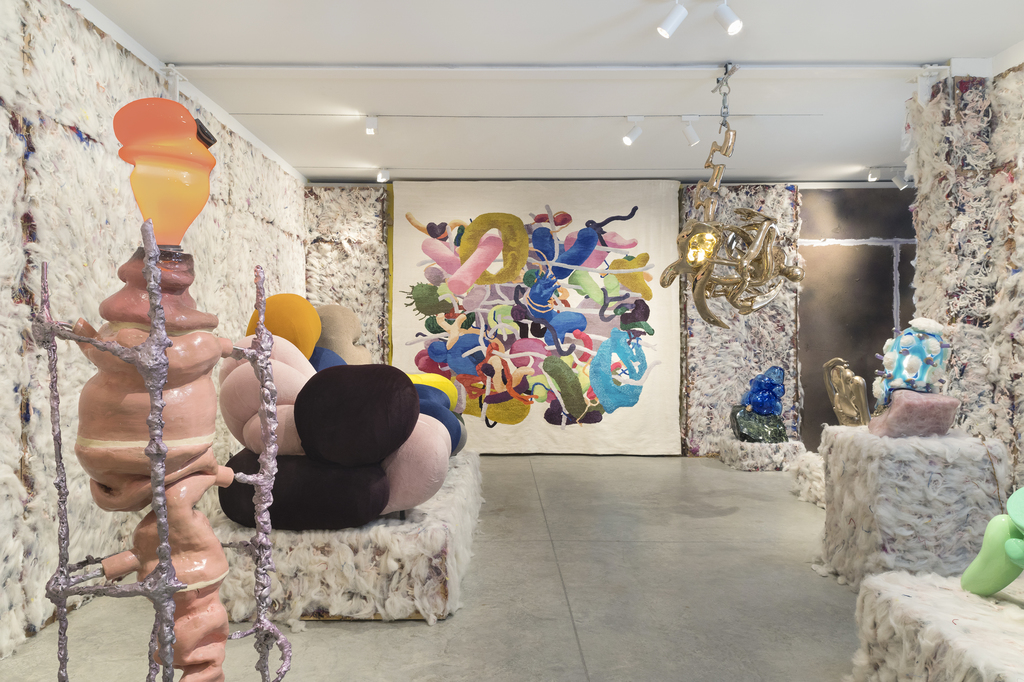 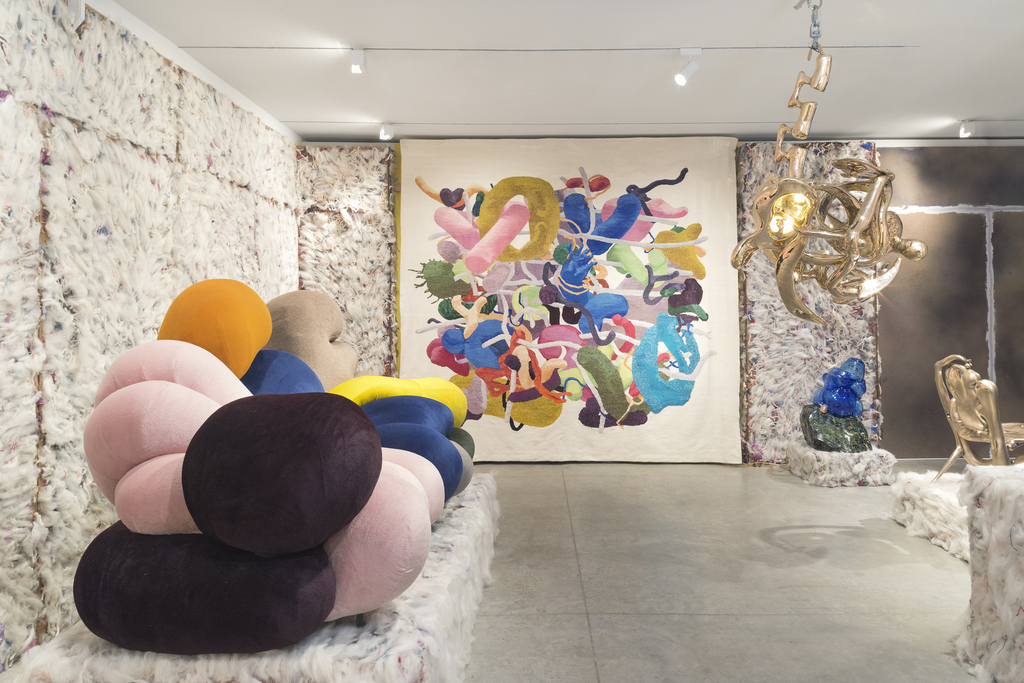 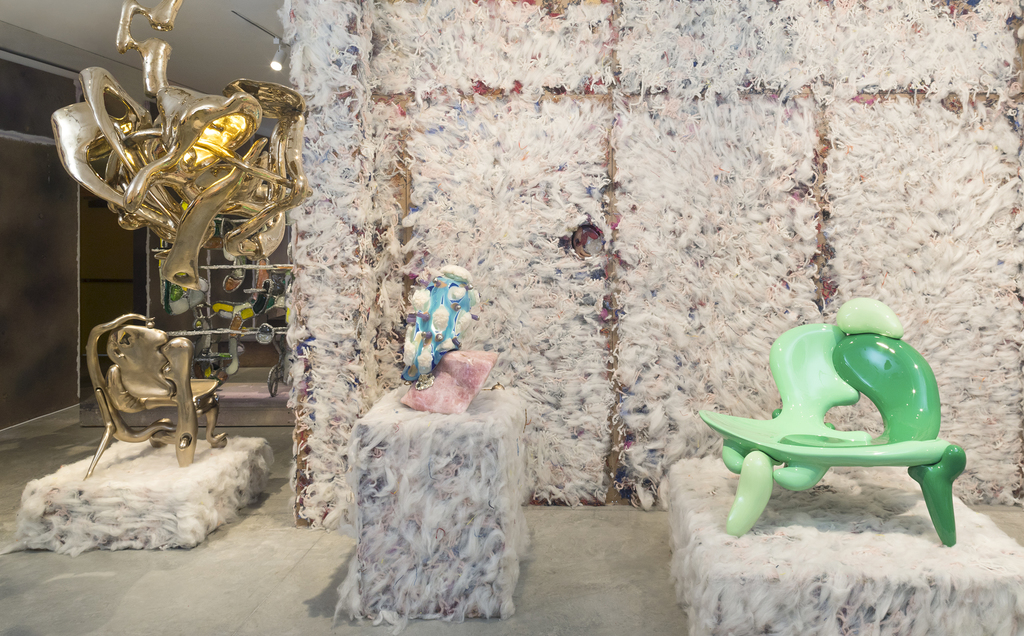 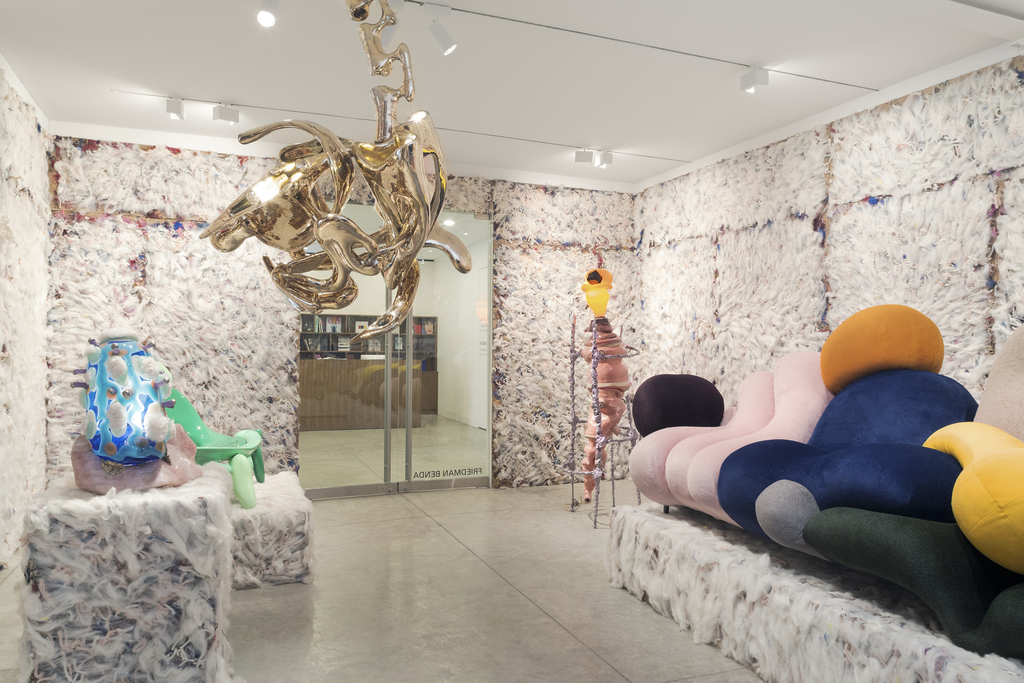 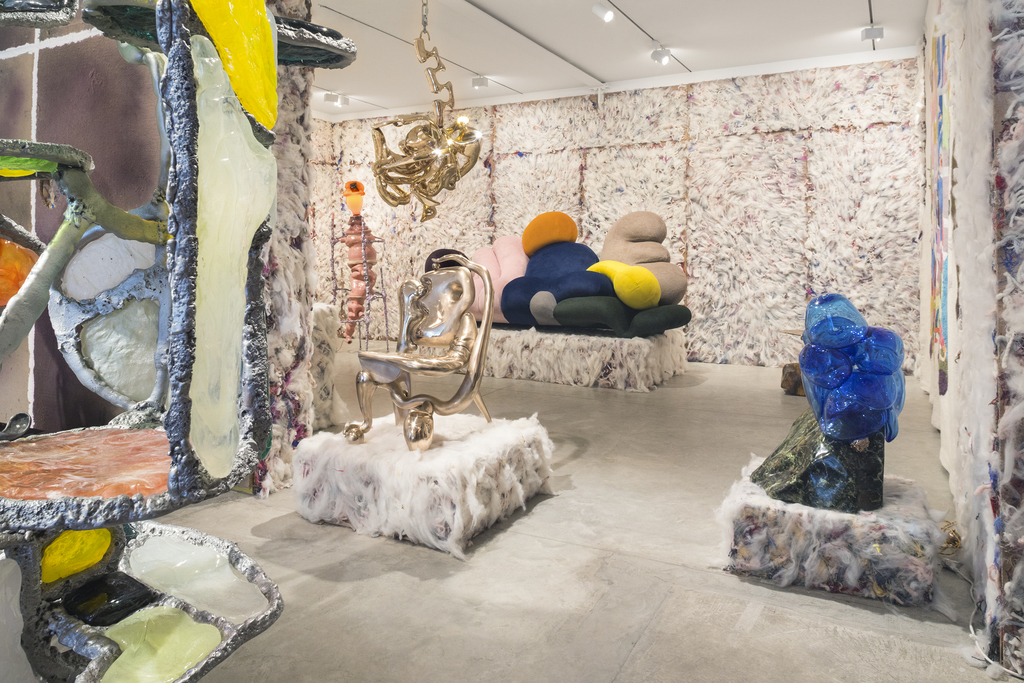 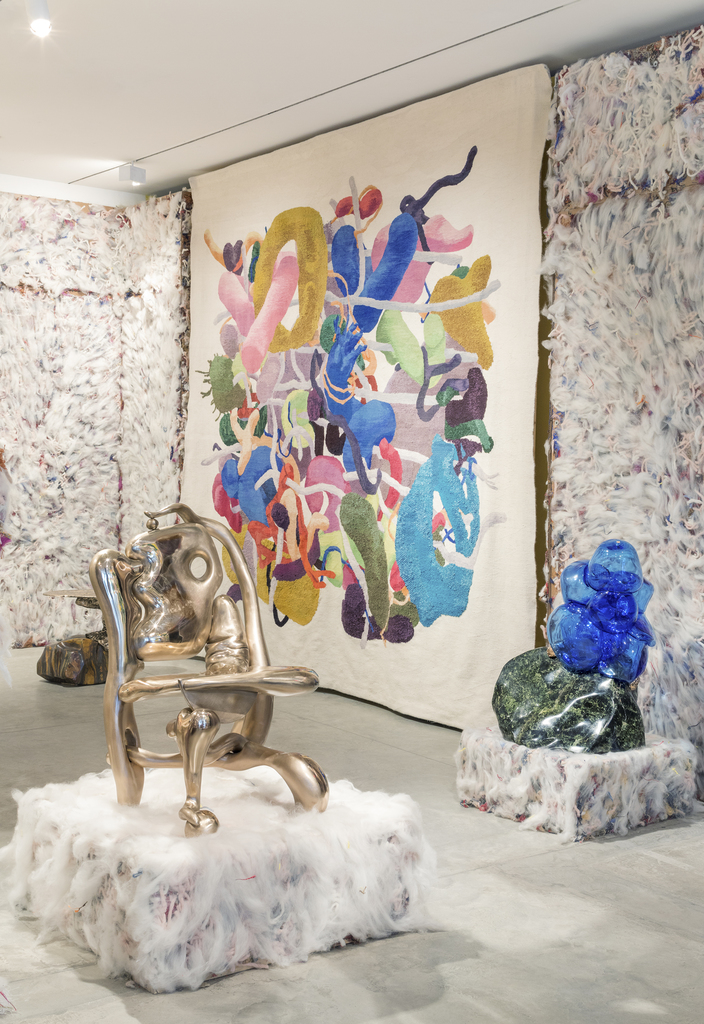 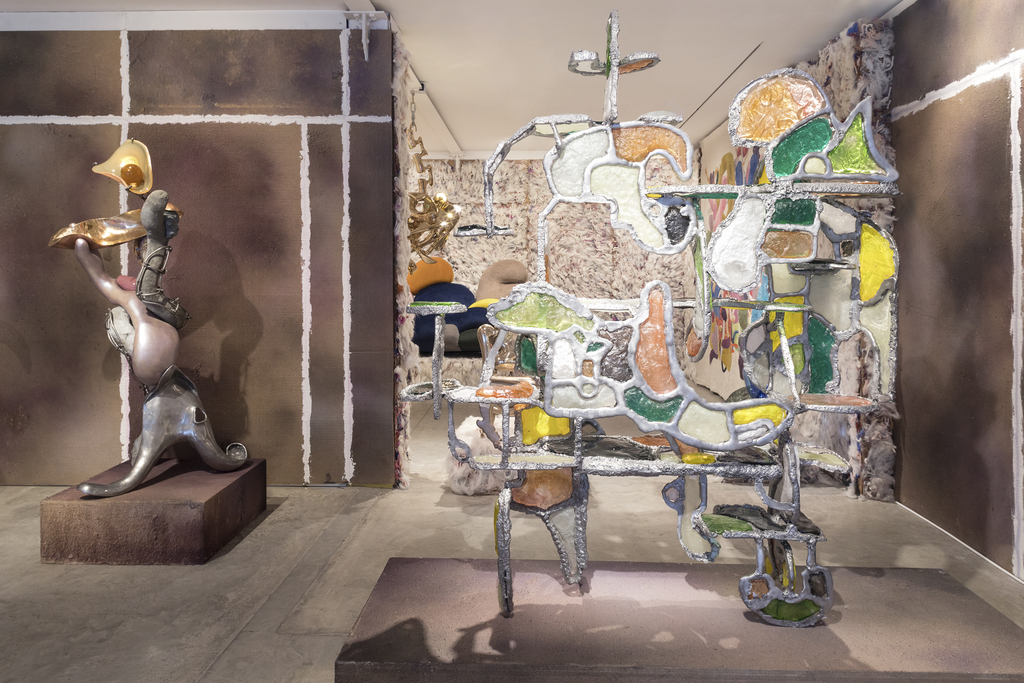 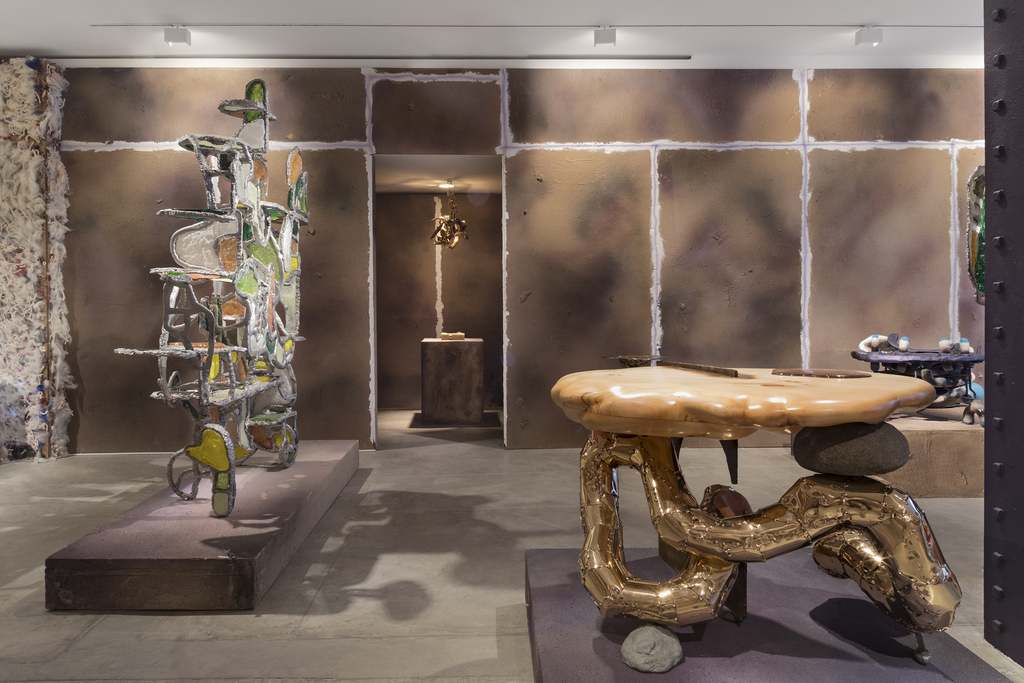 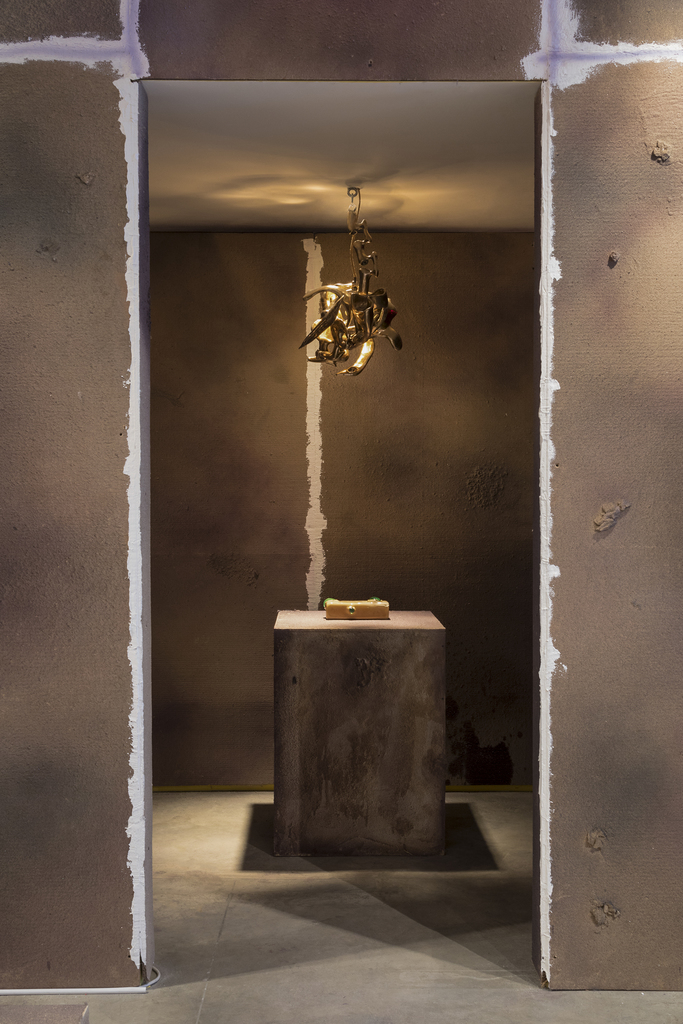 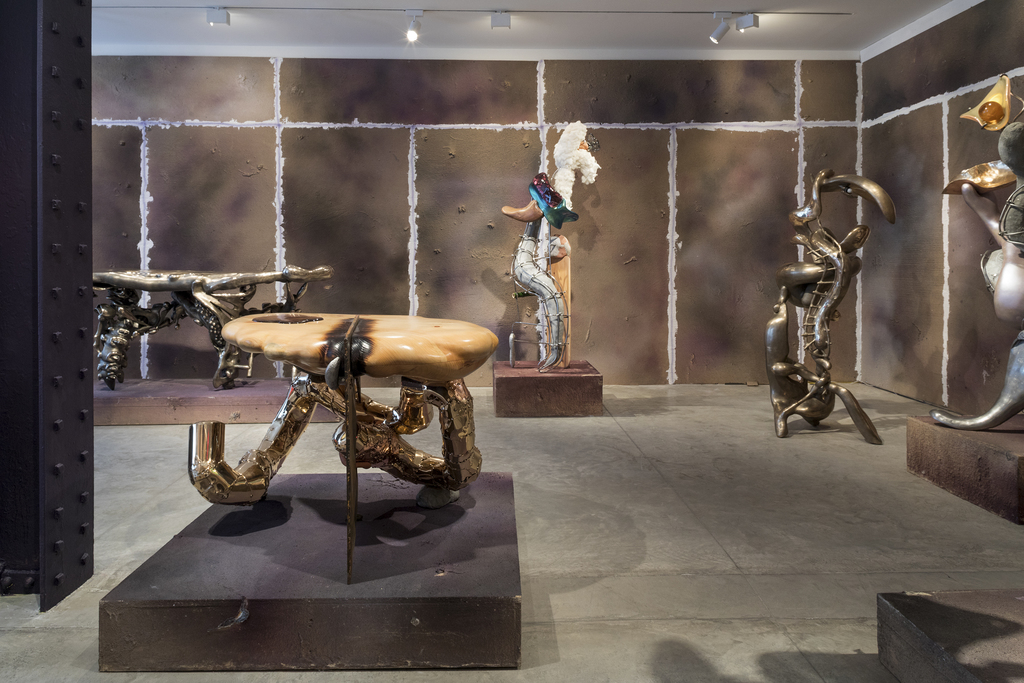 Friedman Benda is pleased to present Misha Kahn’s third solo show at the gallery. In "Soft Bodies, Hard Spaces," the Brooklyn-based artist exploits innovative processes across different media to propose an alternative environment, reflecting our natural sense of being.

The exhibition title references Kahn’s interest in the incongruity of what he refers to as our “strange, soft bodies” within the “hard, violent right angles” in which we reside. “Our entire material culture constantly places images of the natural world in rectangular frames and builds textures that riff off the tension between our constructed civilization and our desire to escape it,” he says.

Soft Bodies, Hard Spaces illustrates Kahn’s peripatetic workflow, which alternates between analog and digital production and equalizes material hierarchy. The works incorporate cast metal, hand-weaving, 3D-knitting, and ceramic as part of his studio practices, as well as glass, which Kahn explored as a guest artist at the Corning Museum of Glass.

Kahn debuts ambitious new works in his Claymation series, which melds 3D scans of carved objects with virtually fabricated forms – forecasting the inevitable convergence of human touch with the computer’s own “intelligent” inclinations. “A Loose Understanding of the Spacetime Continuum,” a monumental tapestry on view, depicts a weaving sample designed in virtual reality and translated into handwoven mohair and embroidery.

About Misha Kahn
Misha Kahn was born in Duluth, Minnesota in 1989 and graduated from Rhode Island School of Design in 2011 with a BFA in Furniture Design. A commissioned installation is currently on view in speechless: different by design at Dallas Museum of Art, an exhibition of multisensory, interactive, and immersive experiences that will then travel to High Museum of Art. Kahn’s work has been exhibited internationally and is in the permanent collection of numerous museums, including the Museum of Fine Arts, Houston, Speed Museum of Art, Louisville, and the Corning Museum of Glass. According to design technologist John Maeda, “Misha creates work for a parallel wonderland, where traditional perception of material and structure is pushed to the edges of the room to make space for one big party.”

About Friedman Benda
Friedman Benda is a platform to identify and advance key narratives that intersect contemporary design, craft, architecture, visual and conceptual art, and cutting-edge technological research. Spanning five continents and four generations, Friedman Benda represents a roster of seminal established and emerging designers, as well as historically significant estates. Since 2007, the gallery’s exhibitions, publications and collaborations with institutions have played a vital role in the development of the contemporary design market and scholarship. For further information please visit
www.friedmanbenda.com