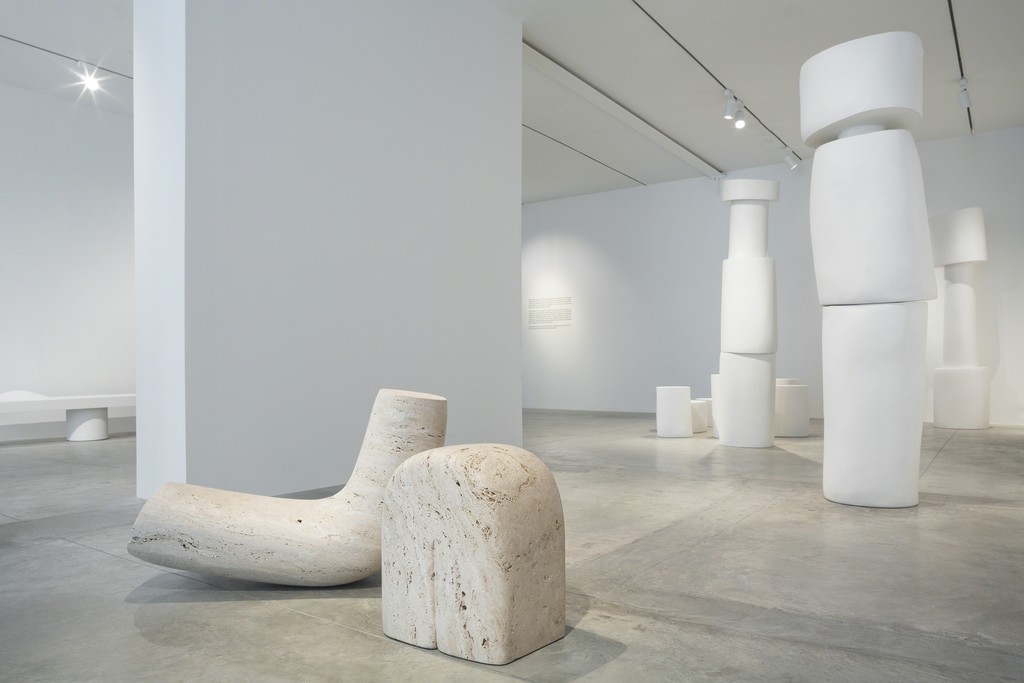 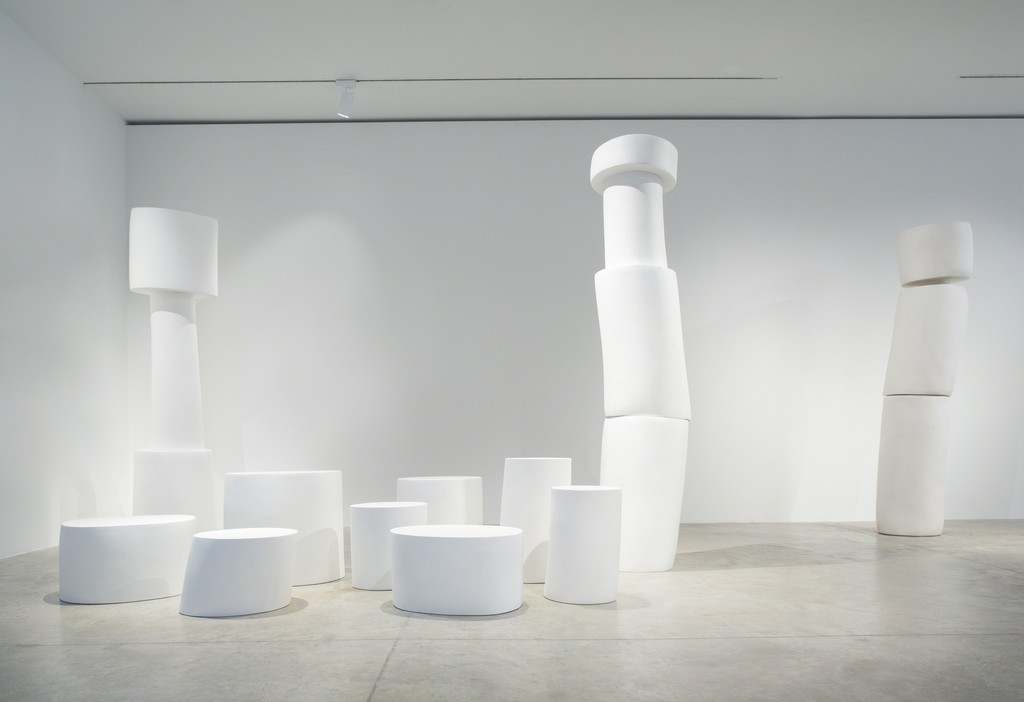 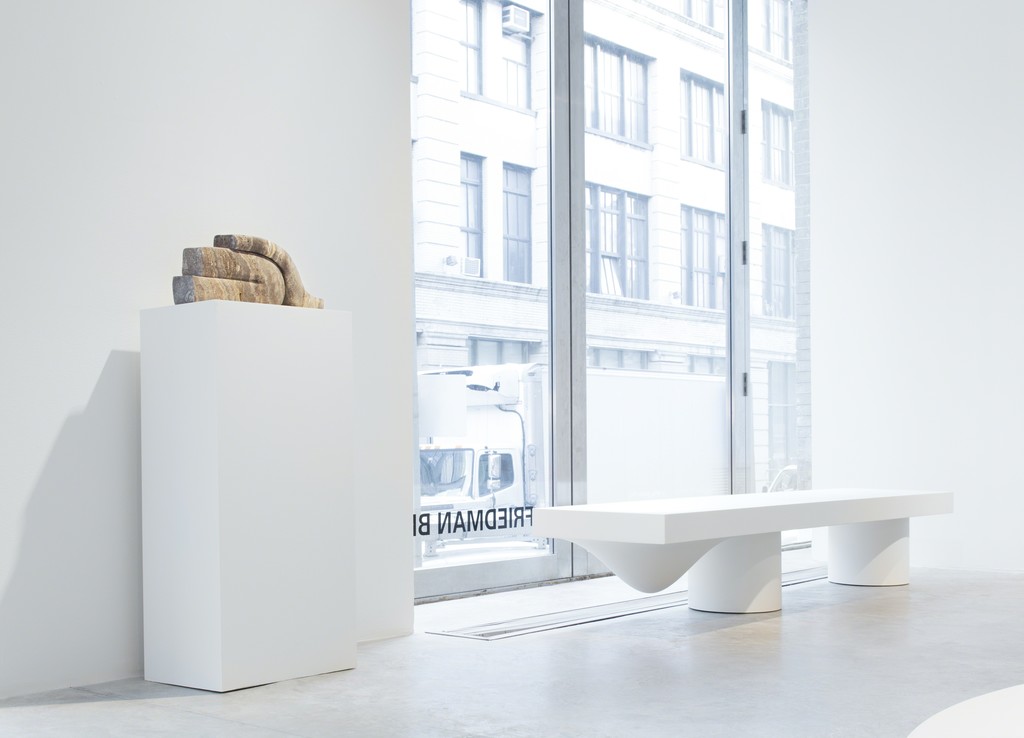 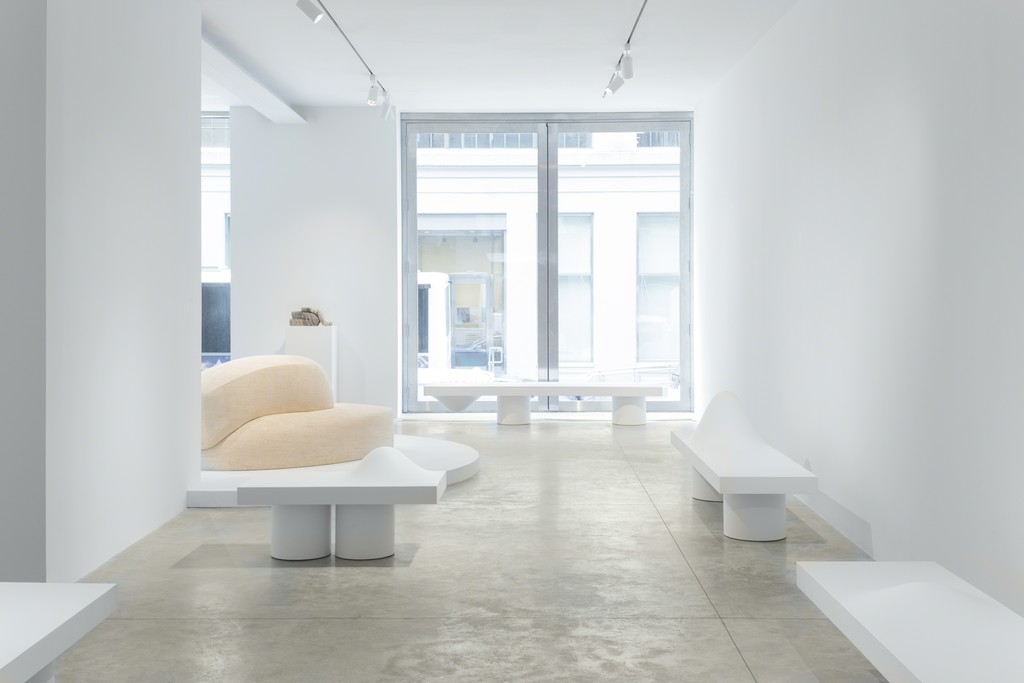 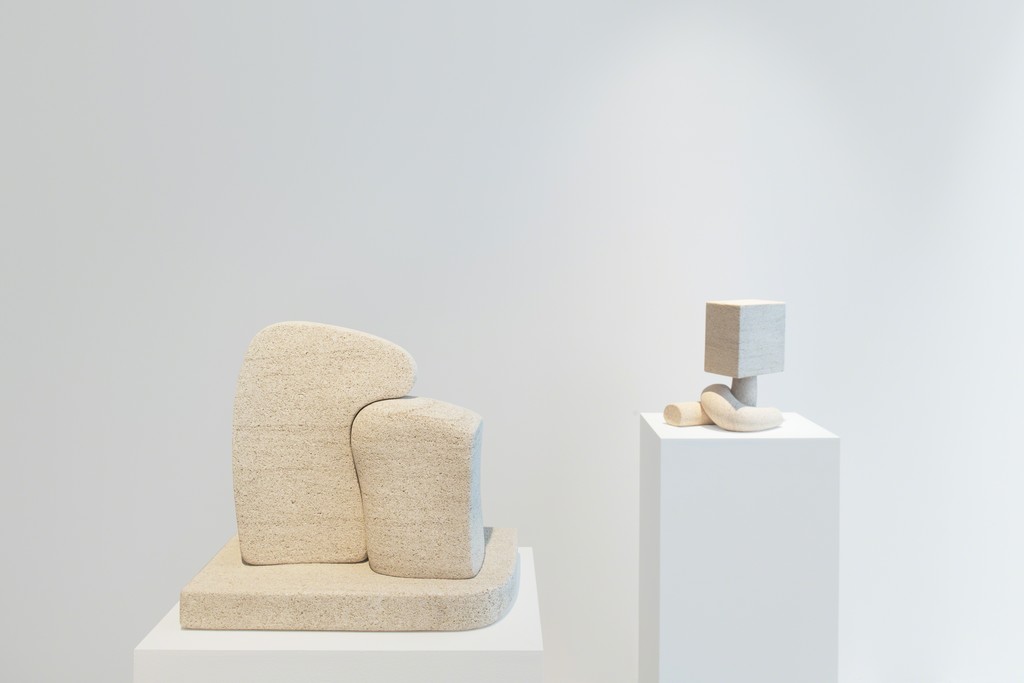 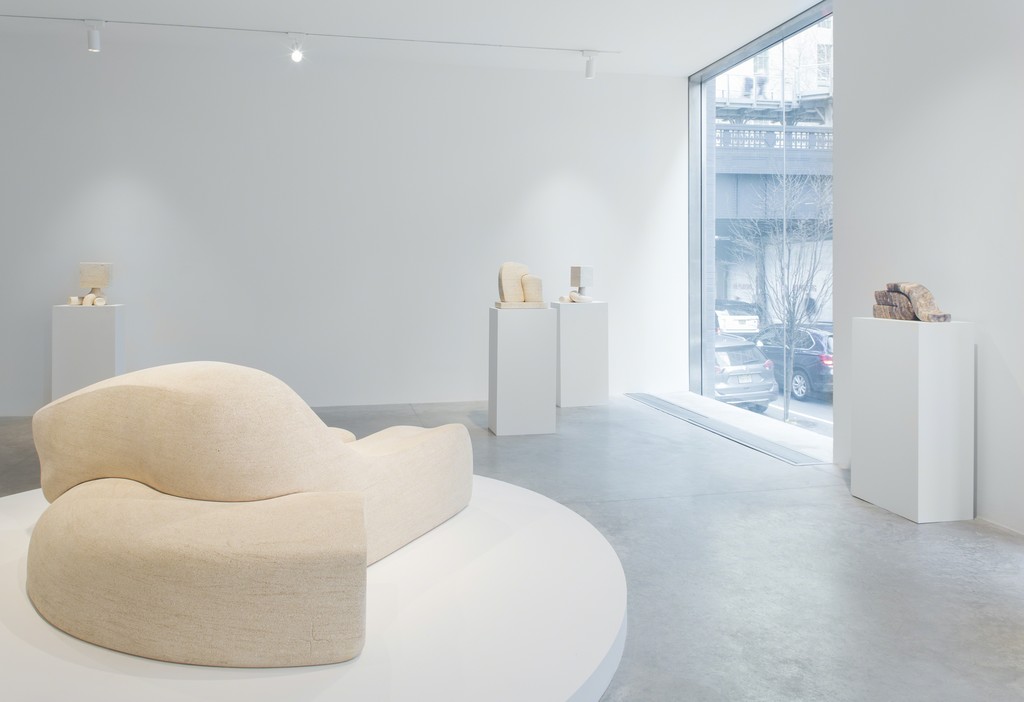 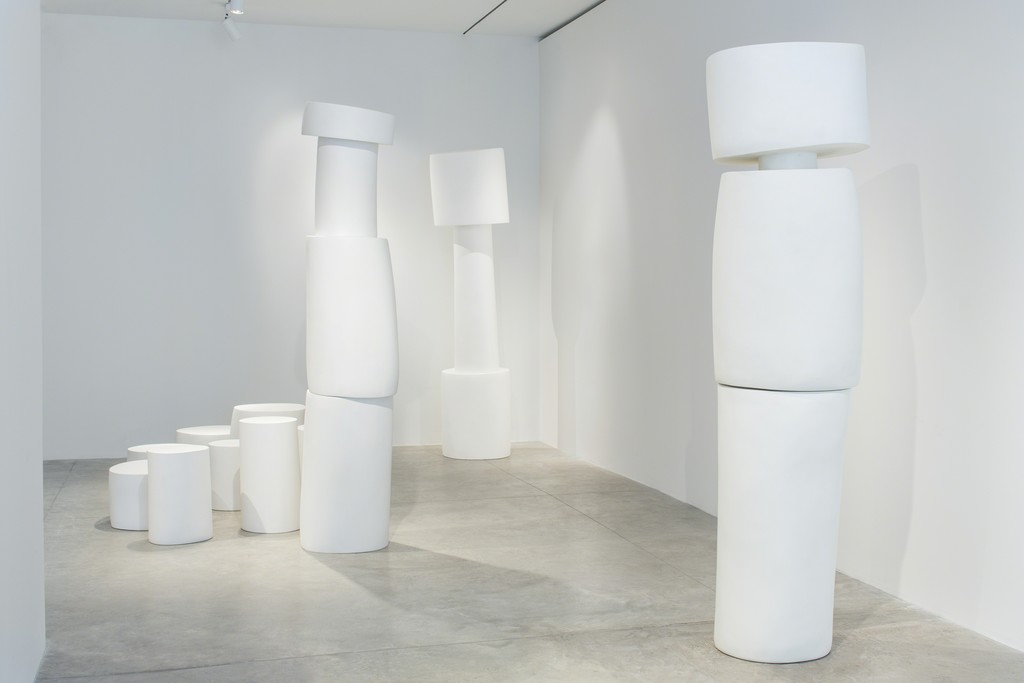 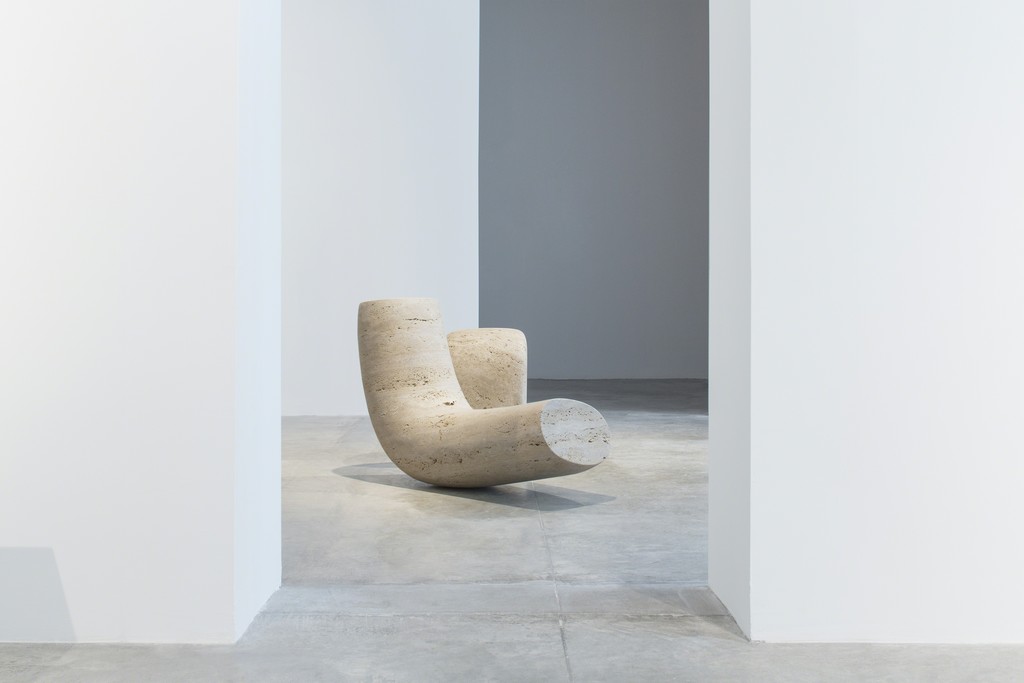 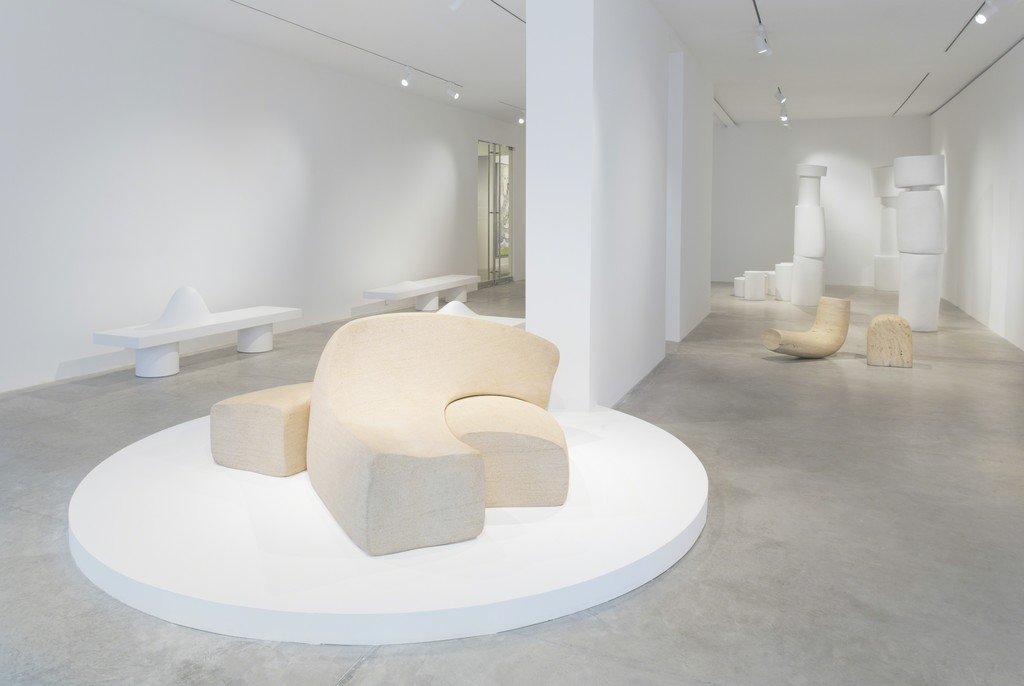 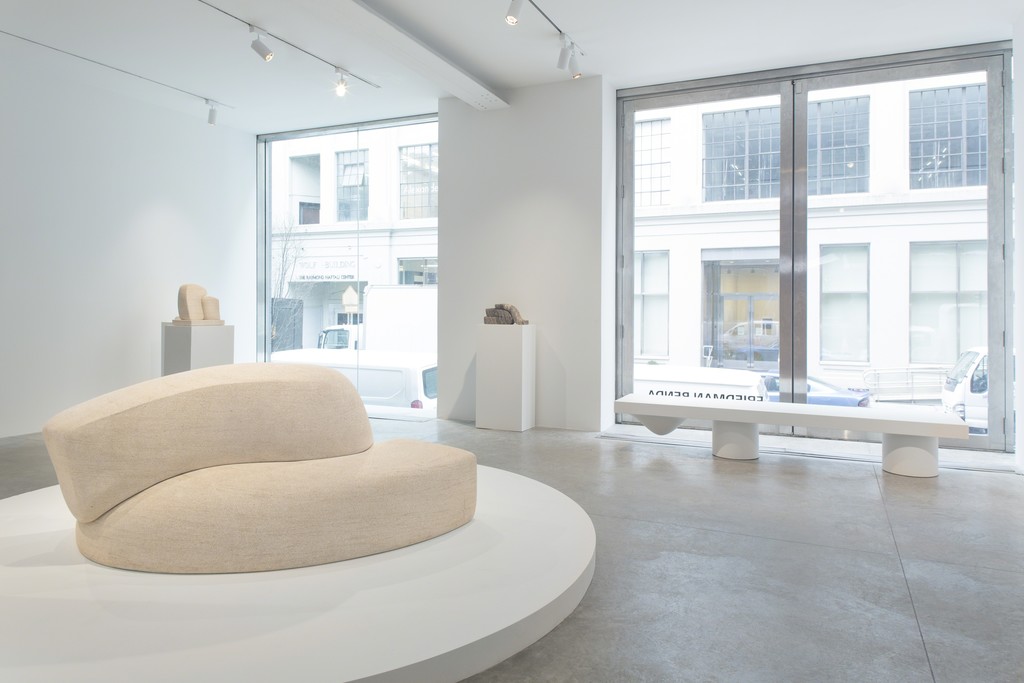 Alluding to the pregnant form, Distortion illustrates various stages of the body’s transformation. Demonstrated in a series of concrete benches, this body of work explores how this impact is experienced through material and spatial composition. These highly-contoured silhouettes create a surrealist sense of dislocation, while embracing the sense of femininity and sensuality.

“Fragmented Pillar symbolizes the disturbance of one’s foundation. Strong, erect and imposing, the pillar is the mother structure of any given entity. A disruption as such, results in the fragility of the pillar’s fundamental function, characterized by its revealed fragments,” El Zein states. Through a series of interactive sculptures made of plaster and sand, the series explores the physical and emotional disorder through the disturbance of one’s foundation.

Lastly, Seduction depicts human interaction and connection between figures in varying degrees of proximity. Synthesizing abstraction and representation, these stone-sculpted forms explore a range of states from introversion to desire.

About Najla El Zein
Najla El Zein was born in Beirut in 1983. She graduated from Ecole Camondo, Paris, France in Product Design and Interior Architecture. Her work has been exhibited internationally at the Victoria and Albert Museum and most recently at the exhibition Women + Design: New Works (October 28, 2018 - February 17, 2019) at the Dallas Museum of Art. El Zein's Seduction, Pair 01 was acquired by the Dallas Museum of Art for their permanent collection. El Zein currently lives and works in Beirut.