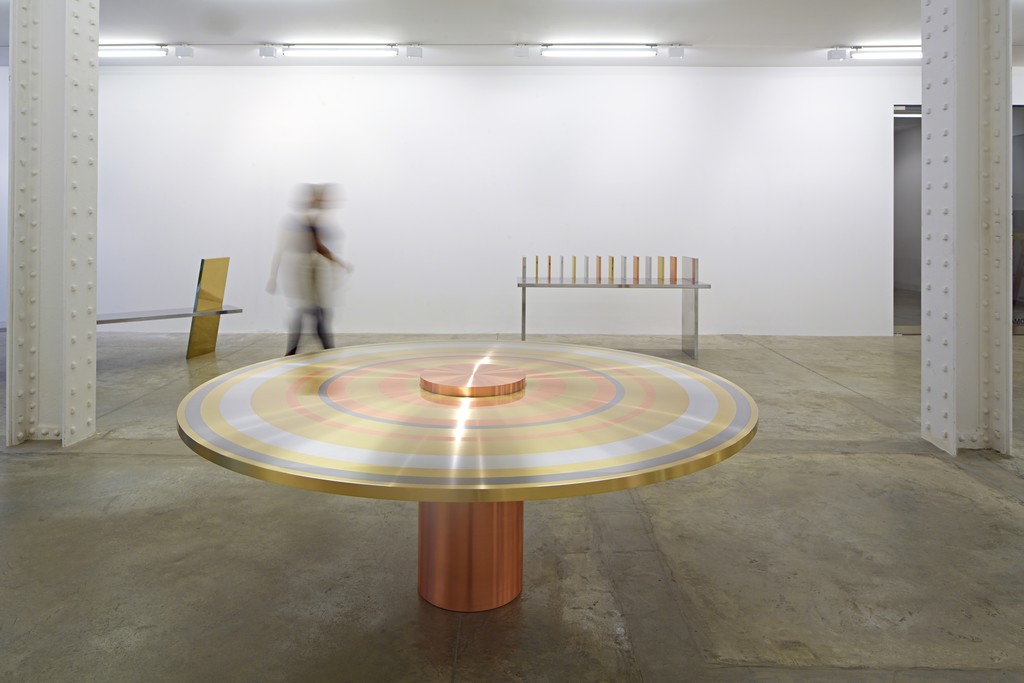 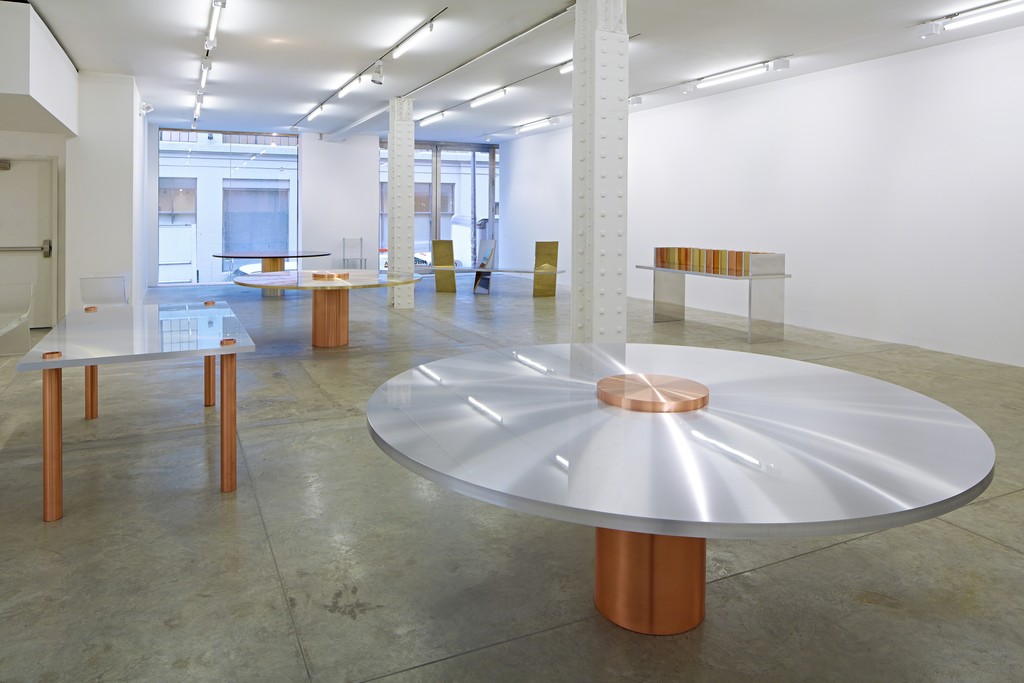 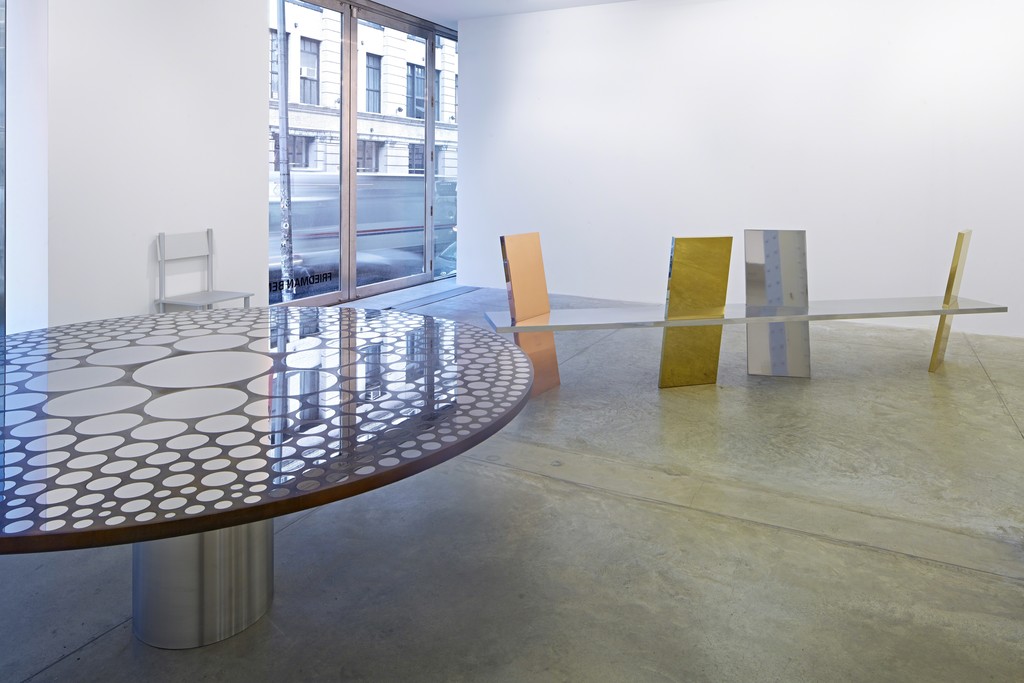 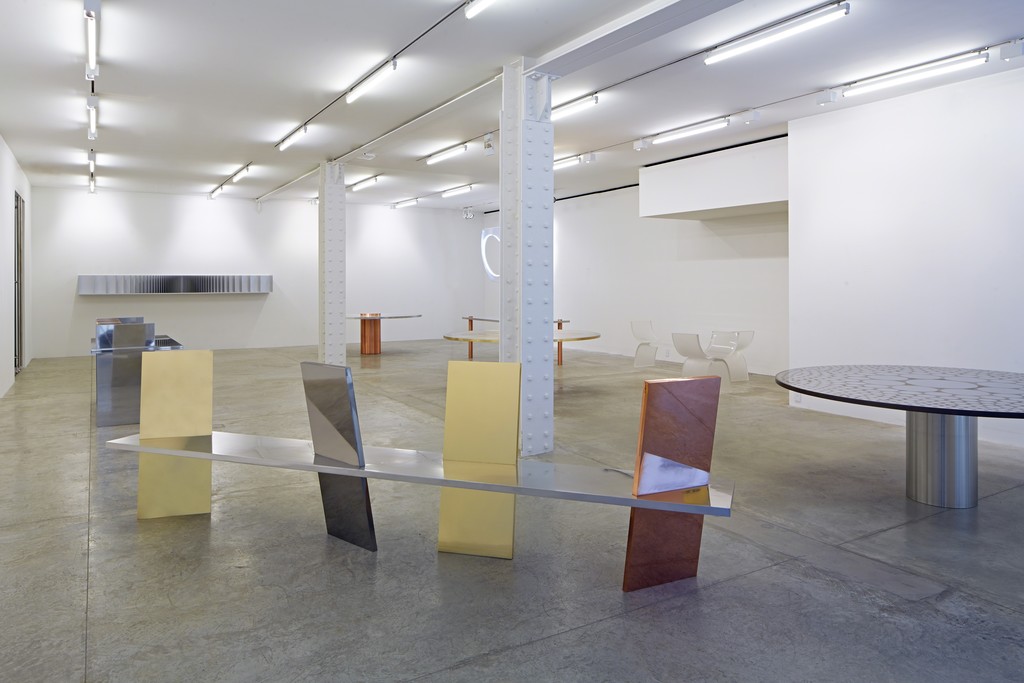 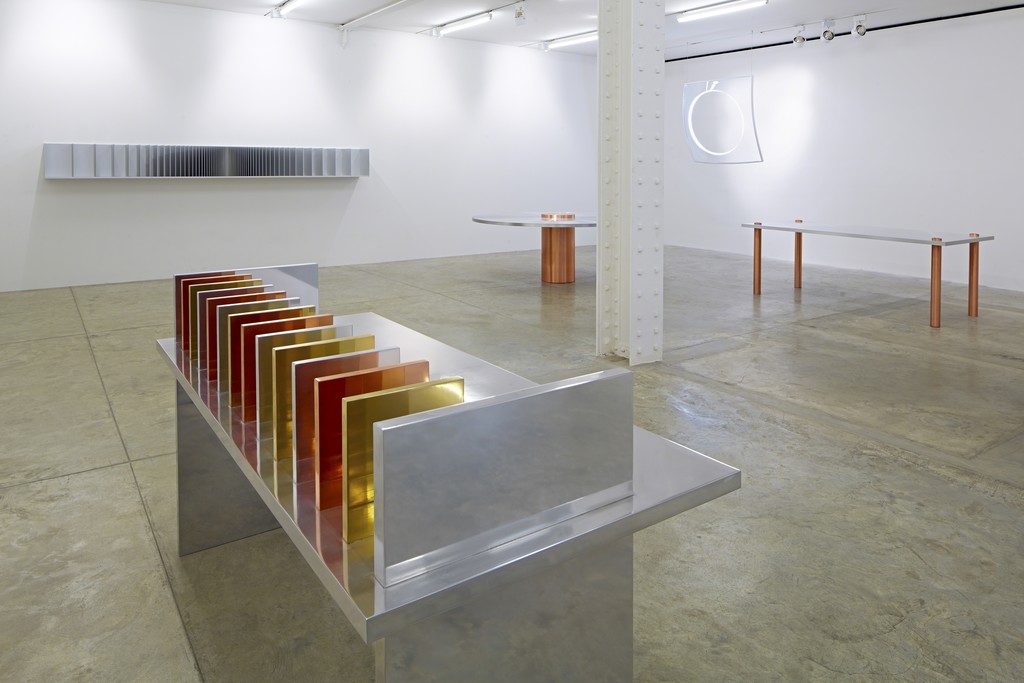 Friedman Benda announces its second major exhibition of works by Paul Cocksedge in the United States. For his new show, Cocksedge presents three series’ of objects representing a continuation of a recurring theme in his work: to achieve simplicity in the use of materials, with minimal interference, while harnessing the forces of nature and letting innate properties play out in ways not seen before.

“Freeze”
In Freeze, Cocksedge exploits freezing temperatures to create a seamless bond between metals that otherwise do not adhere in nature. The breakthrough in the series - a table of copper and aluminum - was made by first burying four copper legs in snow, leaving them to contract by 100th of a millimeter; second, excavating the legs and inserting them into holes cut into an aluminum slab where they were allowed to un-freeze back to ambient temperature thereby firmly locking into place in a strong, invisible join.

Further calibrating temperatures and tolerances of various shapes, forms, and metals, Cocksedge went on to create an entire body of exquisitely precise, balanced, and seemingly impossible works; each incorporating a stunning range of metals that appear to float together, magically.

“Slice”
The concept for the Slice series of furniture began with a simple idea: to have a table make itself, with only the slightest guidance, based on the properties of its raw material. For this, Cocksedge imagined a transparent cast acrylic block of material sliced from either side. When heat was then applied to the block, the force of gravity formed the legs and the Slice table was born. Other forms followed.

Slice (like Freeze) is a process that involves precision engineering, but the process of its making is as transparent as the material itself – its simplicity of idea belies its complexity.

“Rhythm Shelf”
The inspiration for Rhythm Shelf came from looking at an untidy bookshelf. Ironically, by sketching a series of vertical lines on a sheet of paper mirroring the disorder, a certain rhythm started to emerge for Cocksedge. Extrapolating on the theme, he created a 3.6 meter Rhythm bookshelf that holds everything from the largest volumes to a poem on a single piece of paper. With 68 dividers, the long range and unexpected variance compels the viewer like waves rippling off a vibrating wire.