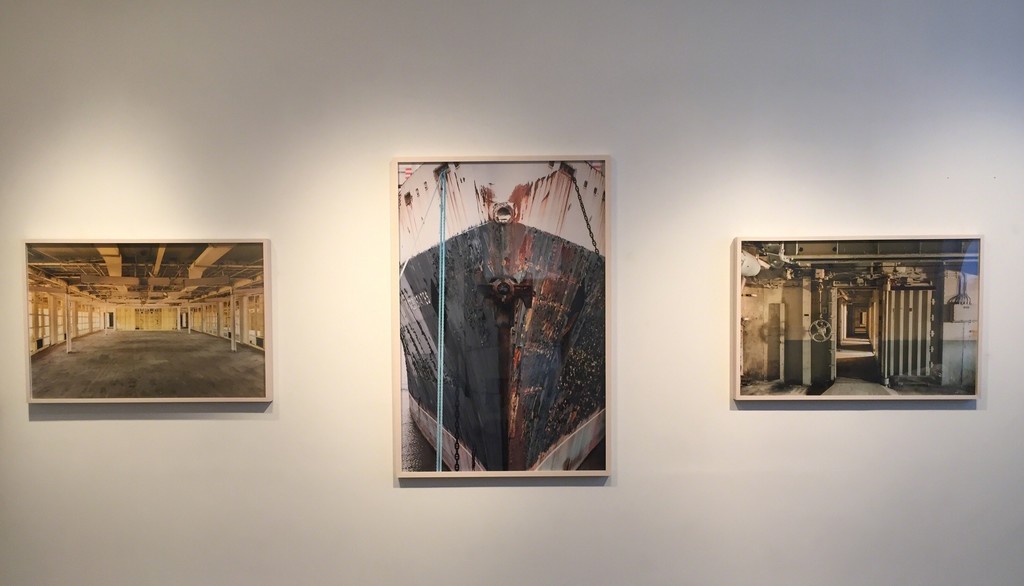 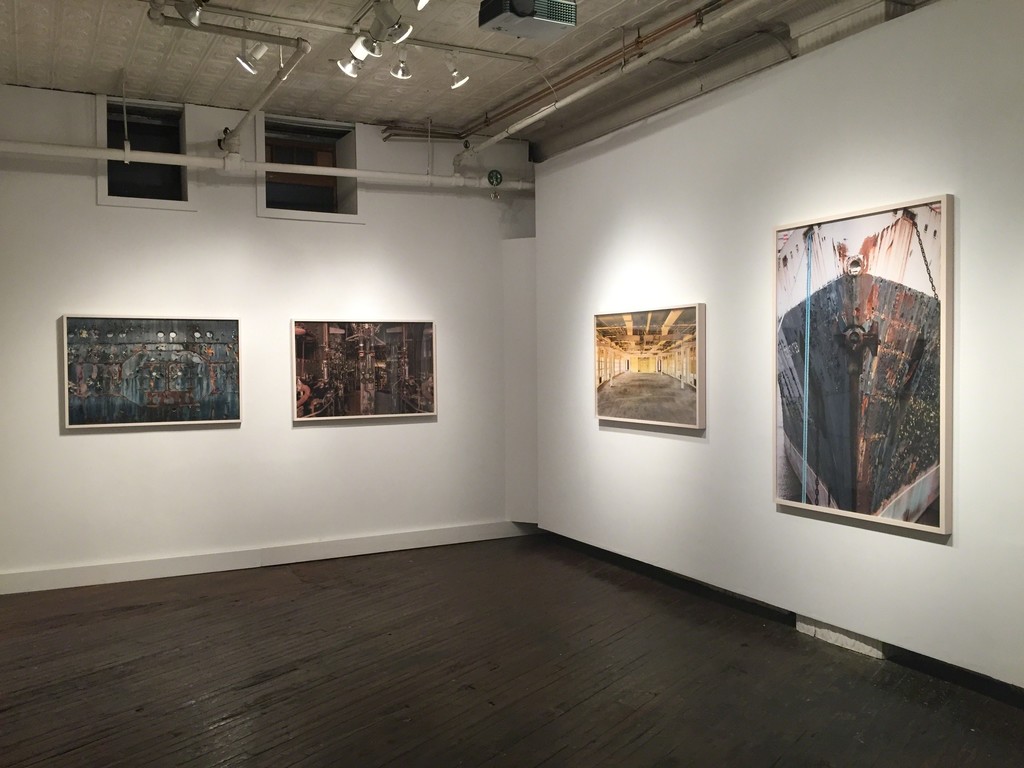 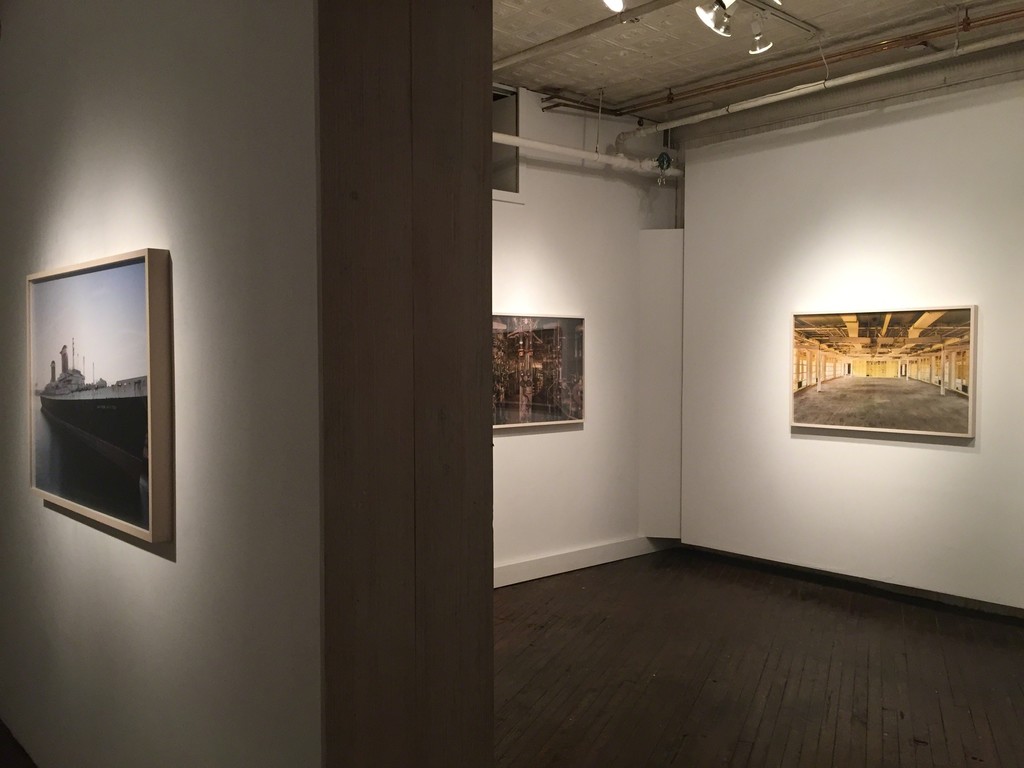 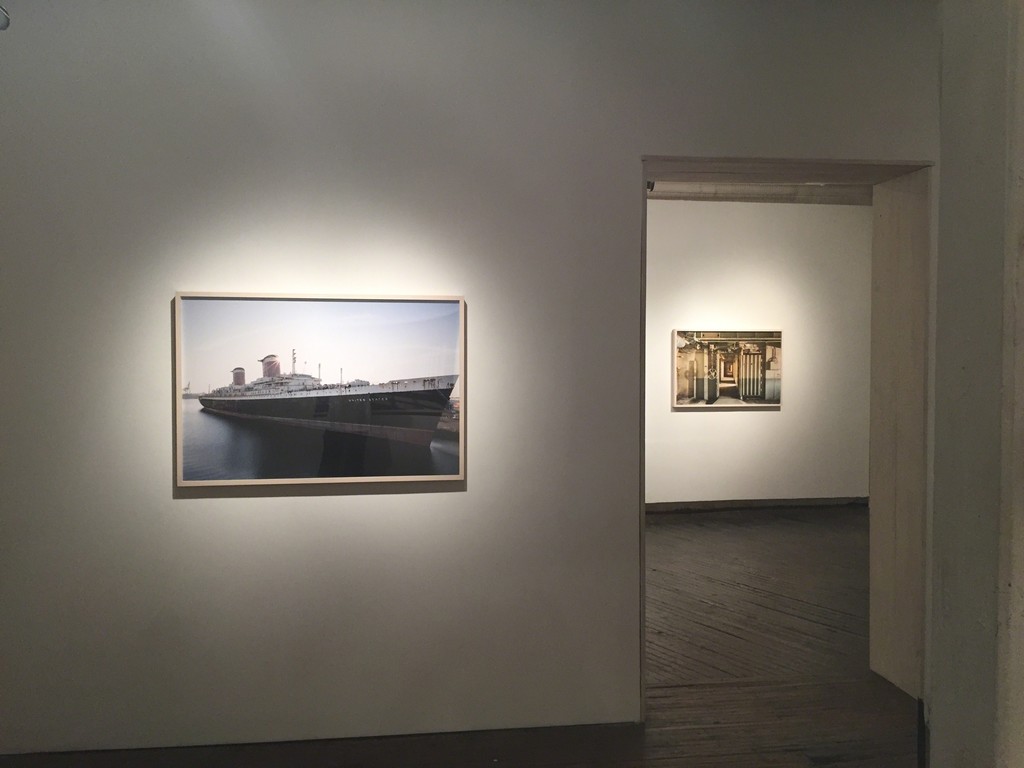 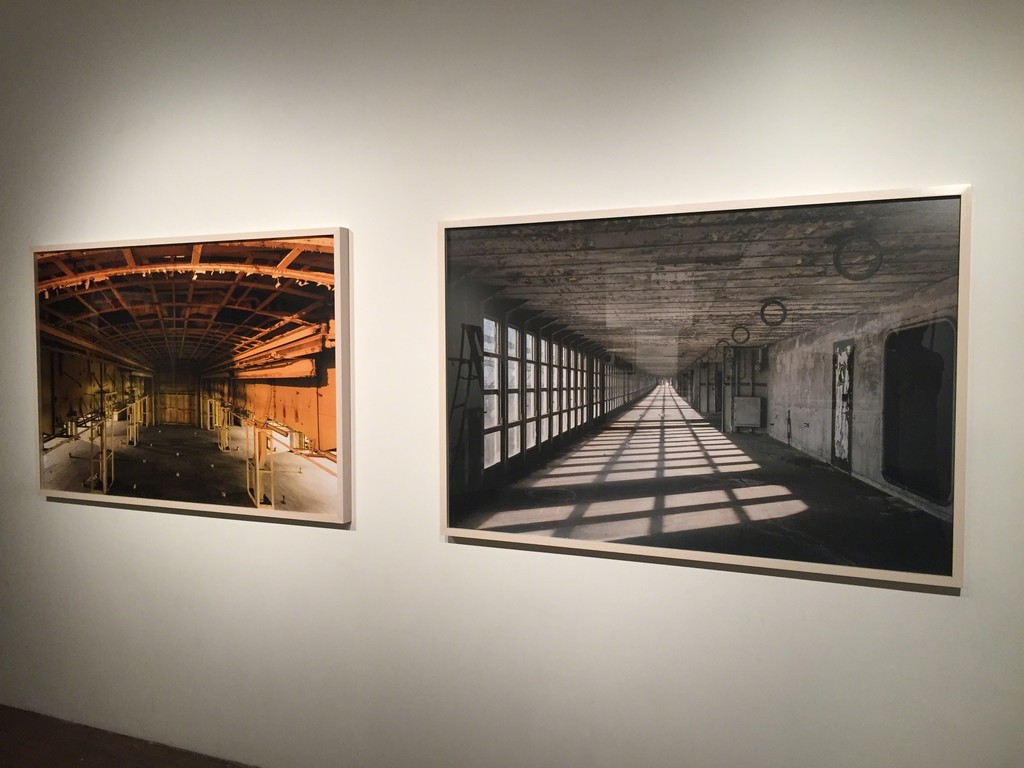 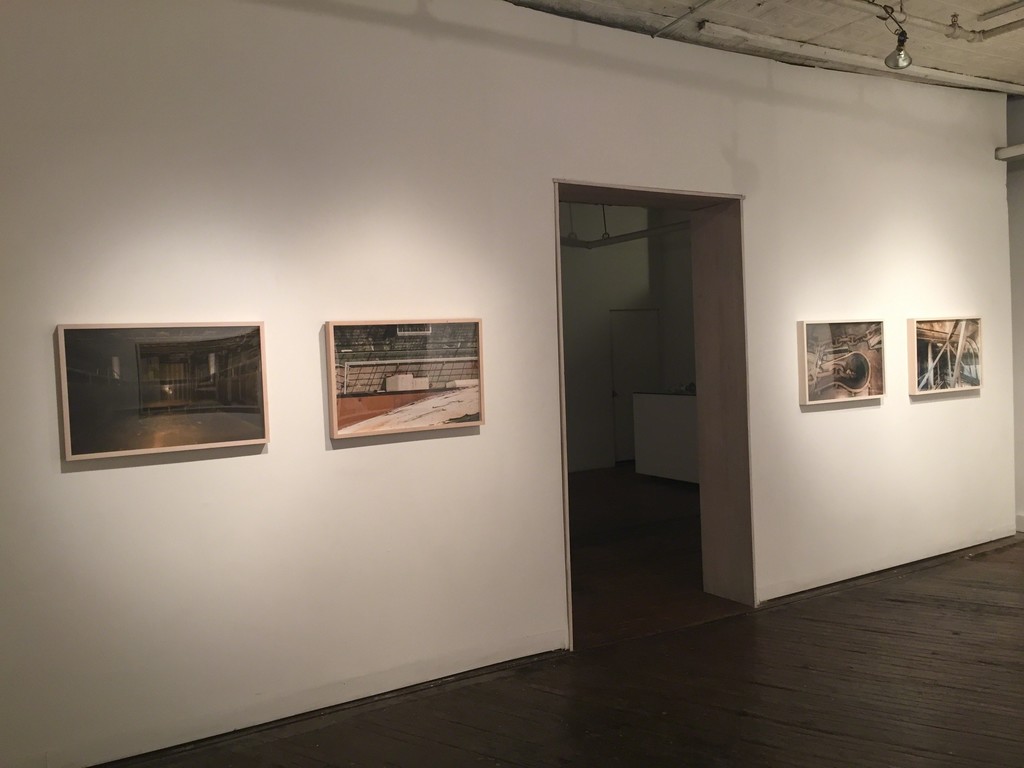 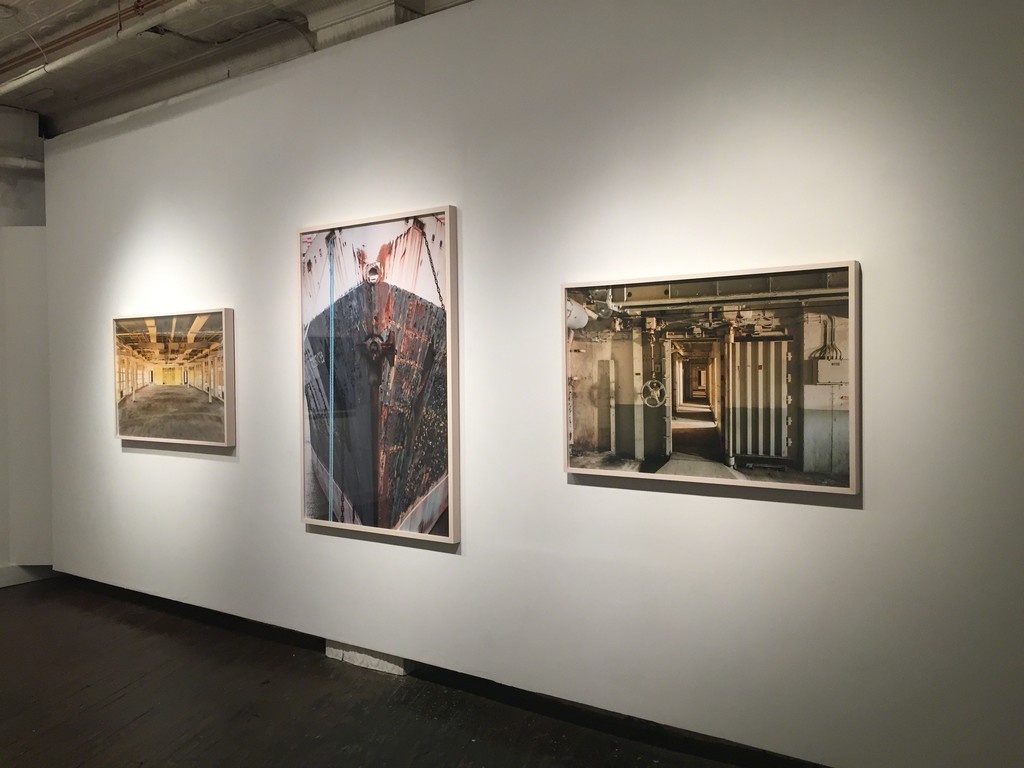 Still holding the record that it set in 1952 for the fastest crossing of the Atlantic (fewer than 4 days from New York to La Havre, France), the USS United States now sits forlornly in a dock in Philadelphia waiting. The Front Room Gallery is proud to present "47 Years in Waiting" Stephen Mallon's 5th solo exhibition at The Front Room. Mallon's extraordinarily soulful portrait of the great ship combines sweeping views of the rusty hull with intimate interior shots of the walkways and grand ballrooms.

The largest ocean liner constructed entirely in the United States, The S.S. United States was built in a time of transition. In 1952 intercontinental travel involved long boat trips with steamer trunks and lavish splendor. But, in 1958 commercial jet liners were introduced, and a decade and a half later people were flying across the ocean in a few hours. The spectacular ship had become obsolete. It was docked in 1969 and hasn't sailed again (yet). In her heyday she carried stars: Judy Garland, Charlton Heston, Marlon Brando, Marilyn Monroe, John Wayne, Sean Connery Salvador Dali, and Elizabeth Taylor. Other passengers were royalty (Prince Rainier, The Duke and Duchess of Windsor and Grace Kelly) and four US presidents (Harry Truman, Dwight Eisenhower, John F Kennedy and Bill Clinton). The S.S. United States was a star in her own right: 70,000 people showed up to see her launch on her maiden voyage. The ship's 23 public rooms, 395 staterooms, and 14 first-class suites were the height of luxury, in a time when that word was not so over-used. Stephen Mallon's photographs examine the current state of the vessel, stripped of her finery, in decay yet still elegant.

The S.S. United State's speed was not just about convenience; she was designed to be converted to a troopship if necessary and the U.S. government paid for around two thirds of the seventy eight million dollars it cost to build the ship. The 990 foot long ship is built in 20 watertight compartments, so that even a collision with an iceberg would not sink it, and it is more than one hundred feet longer than the Titanic. The superstructure is built almost entirely out of aluminum, making it extremely lightweight and fast. Parts of the design, including the shape of the hull and the 18-foot bronze propellers, were kept classified for years as a military secret.

Stephen Mallon's photographs of the ballrooms, dining room, and onboard pool, theater capture the specter of the ship's past splendor. In a photo of the enclosed promenade one can almost imagine the first class passengers strolling on deck or dancing in the grand ballroom to Duke Ellington. Stephen Mallon is well known for his past series of work, including "Next Stop Atlantic," documenting the repurposing of decommissioned NYC subway cars as artificial reefs and "Brace for Impact" Mallon's large-scale photographs, taken during the salvage of the fuselage and engine of Flight 1549, the "Miracle on the Hudson." Mallon's series, "American Reclamation" regarding the various means and forms that recycling can take is an ongoing series, and wil l be a big part of his upcoming monograph that chronicles all of his work of the last 15 years. Mallon's work has been exhibited in museums and galleries internationally, and his work has been written about in many publications, including National Geographic, The New Yorker, New York Times, Vanity Fair, Wired, CNN, MSNBC, Stern, PetaPixel, Viral Forest, BuzzFeed, New York Magazine, The Huffington Post, CBS, and NPR.