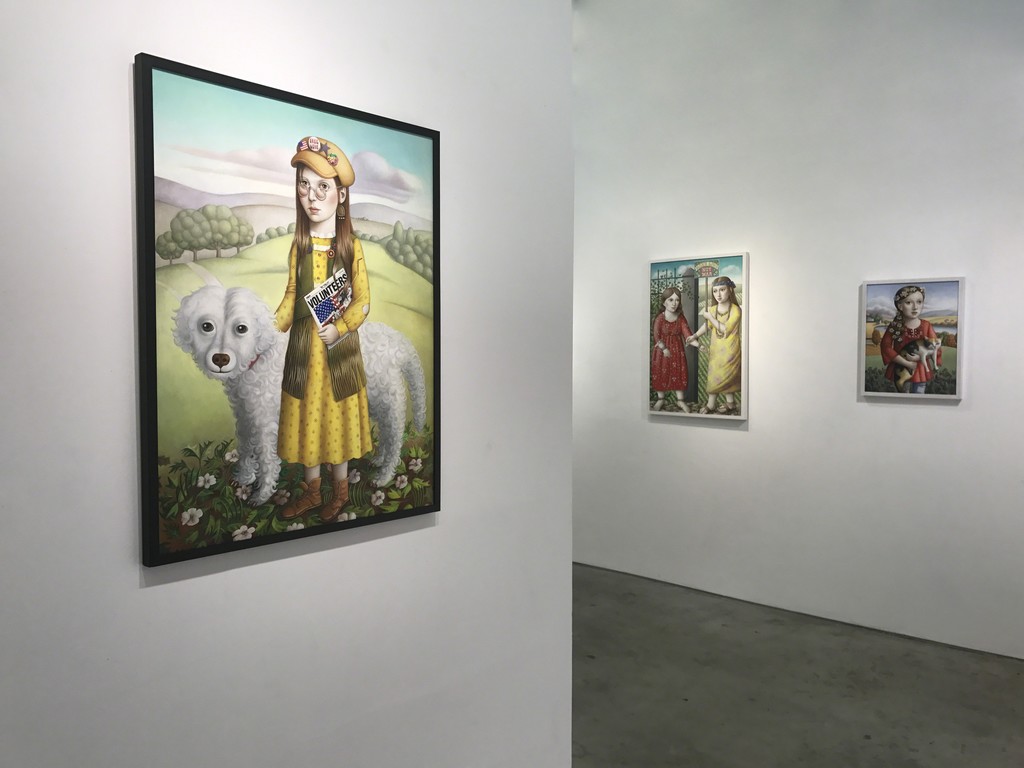 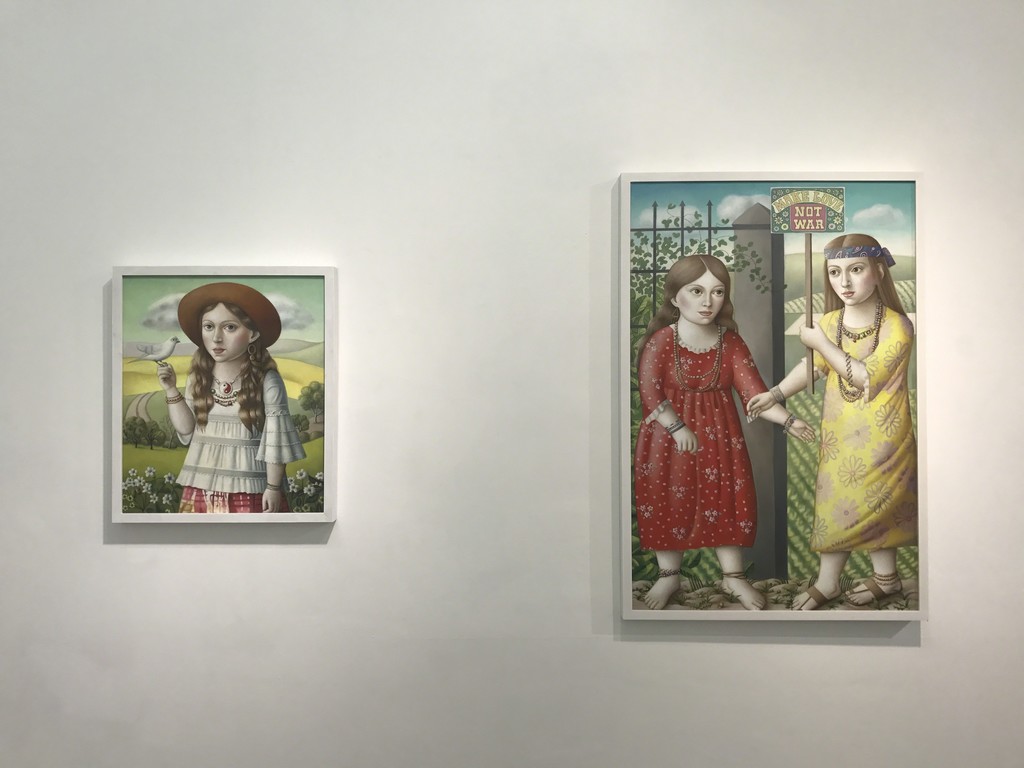 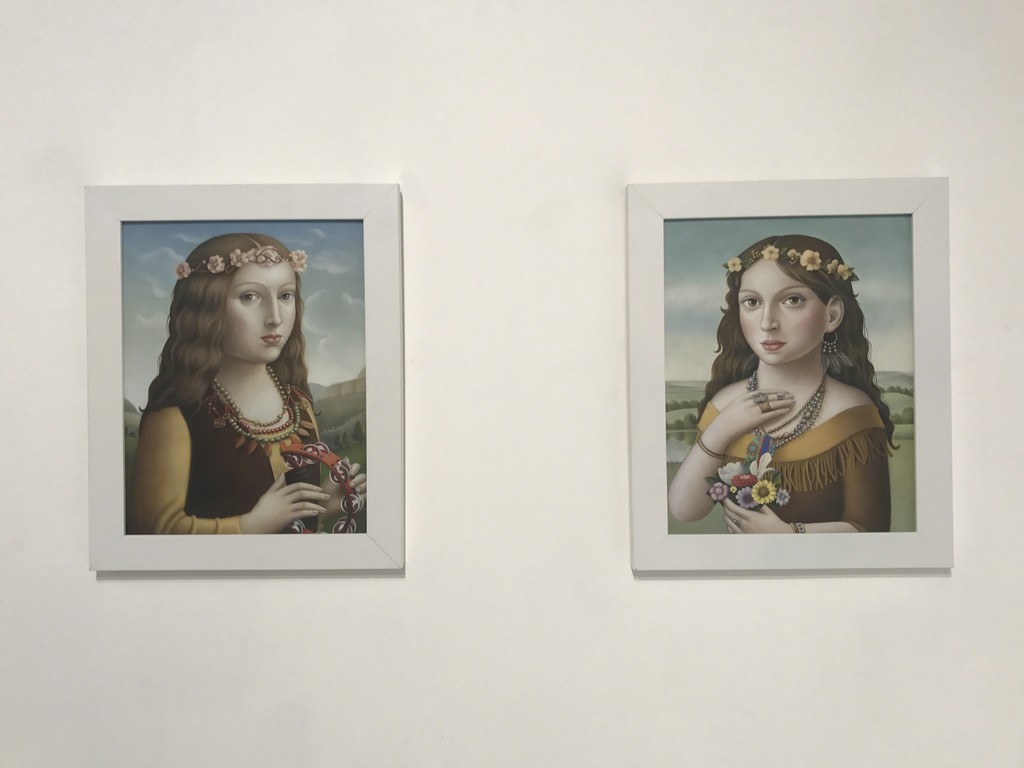 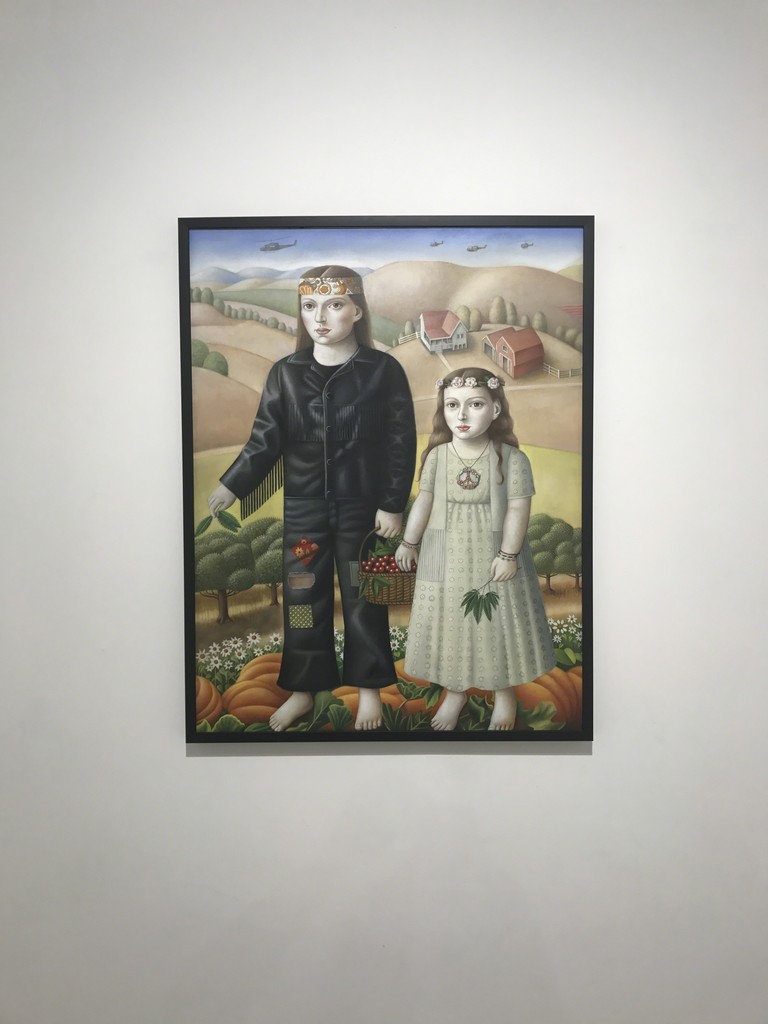 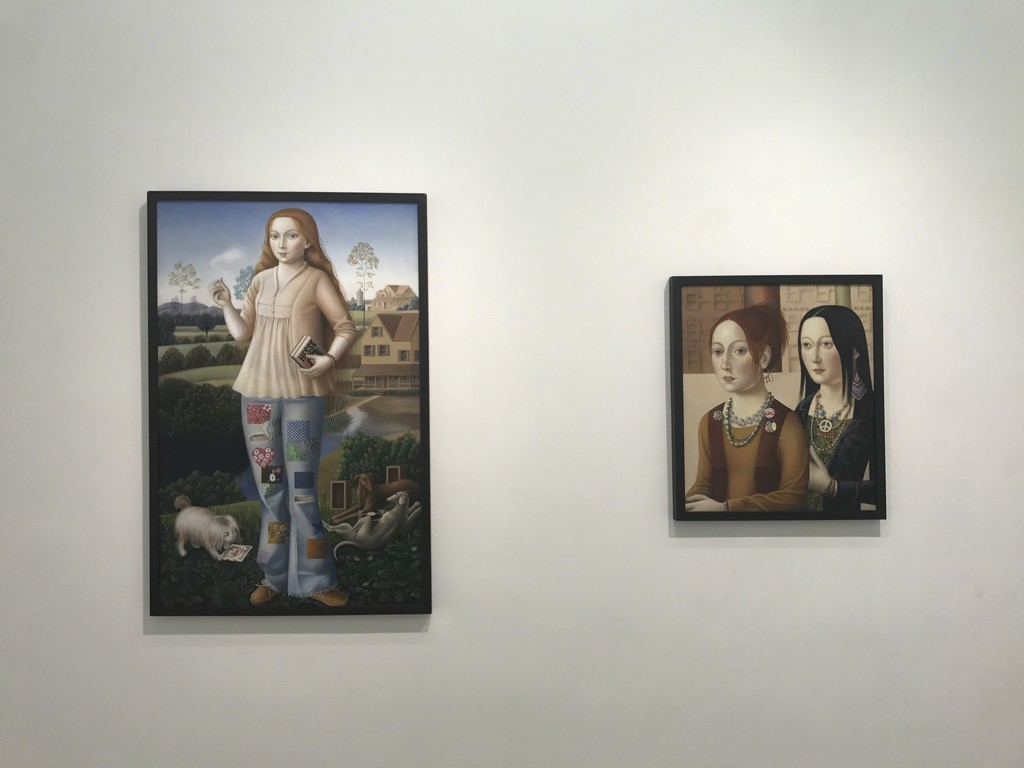 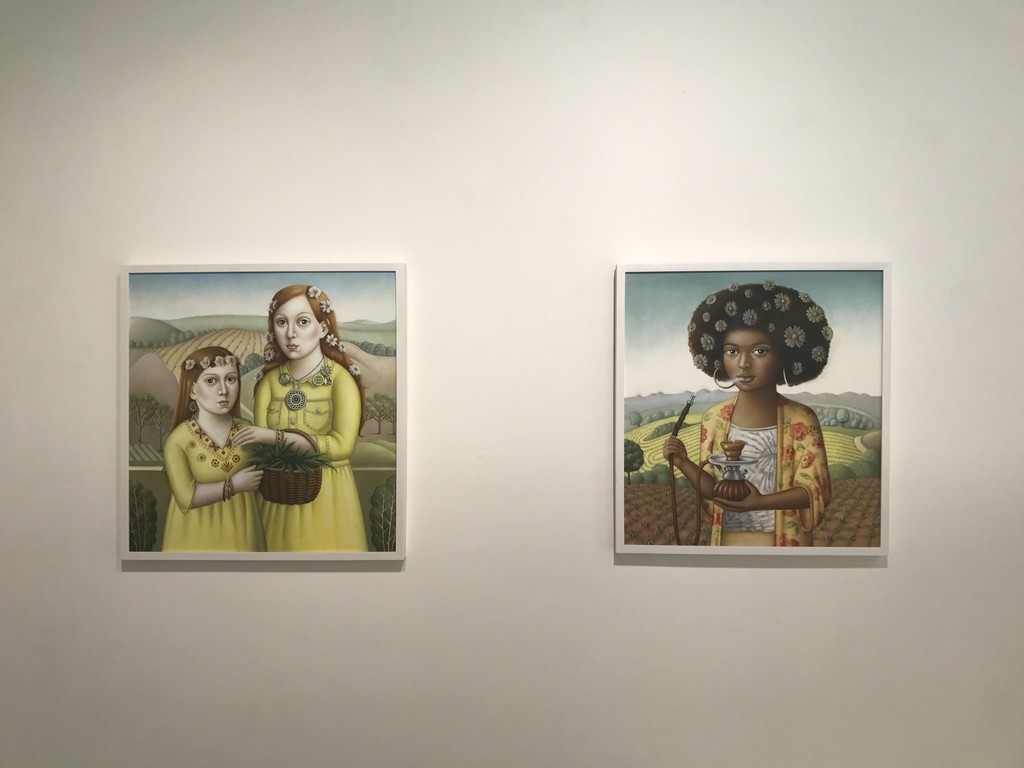 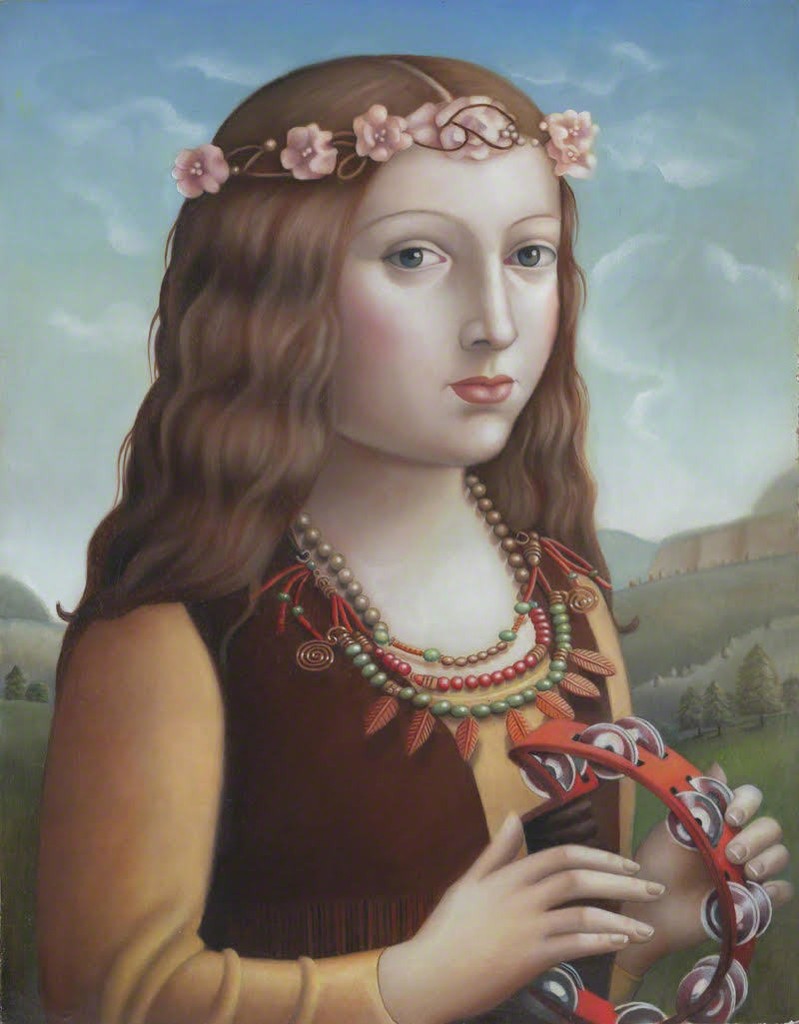 The Front Room Gallery is proud to present: “Back to Nature” a solo exhibition of new paintings by Amy Hill. This is the artist's third solo show at the gallery.

Amy Hill’s artistic career and developed style have been cultivated through her intense investigations of art historical references. Through portraiture, she relates common circumstances within cross relationships in time. The paintings in “Back to Nature” address not only the culture of the 1960’s, but the fashion and political climate, the anxiety over the Vietnam War and the peace movement.

Through comparative structures and subjects, Hill has masterfully relayed a parallel association of 19th century American folk art painting to 1960s era counterculture in the United States. Very much akin to the directive of the historical portraits she is referencing, Hill’s paintings reveal much about ordinary people: how they lived, what they valued, and how they wished to be remembered. The paintings in this exhibition echo today’s movement towards sustainable living as well as the back to land movement of the 1960s and 70s.
"The worldly life has been rejected by peoples as far back as the Sadhu of India and the Ancient Greeks, so ours isn’t the first culture to inspire a yearning for simpler times. In my paintings I try to create a more natural world. I draw on early American and 15th century Renaissance portraits where subjects are portrayed in naive or awkward poses with inaccurate anatomy against a landscape of questionable perspective. I dress my subjects in the clothing of the late 1960s, “hippy” fashion, when care for the environment, anti-consumerism, “flower power” and the desire for love and peace prevailed, a time essential in forming my own attitudes towards life." - Amy Hill

Amy Hill is a New York based artist who received a BFA from Carnegie Mellon University and also studied at New York University. She has received grants from the Peter S. Reed Foundation and Art Matters, a studio grant from the Elizabeth Foundation, and nominations for the Catherine Doctorow Prize for Contemporary Painting and for membership in the American Academy of Arts and Letters. She received the Purchase Award from West Publishing Company, the Juror Award from the NYU Small Works Show and an honorable mention from the National Arts Club. Hill has exhibited both nationally and Internationally. Her work has been extensively reviewed in such publications as Harper’s Magazine, Artnet Magazine and the New York Times.