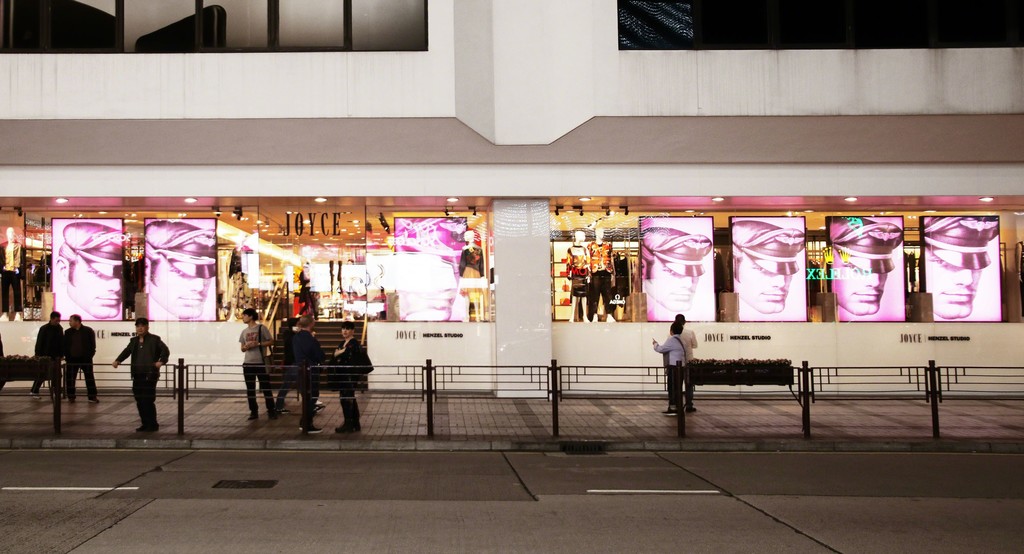 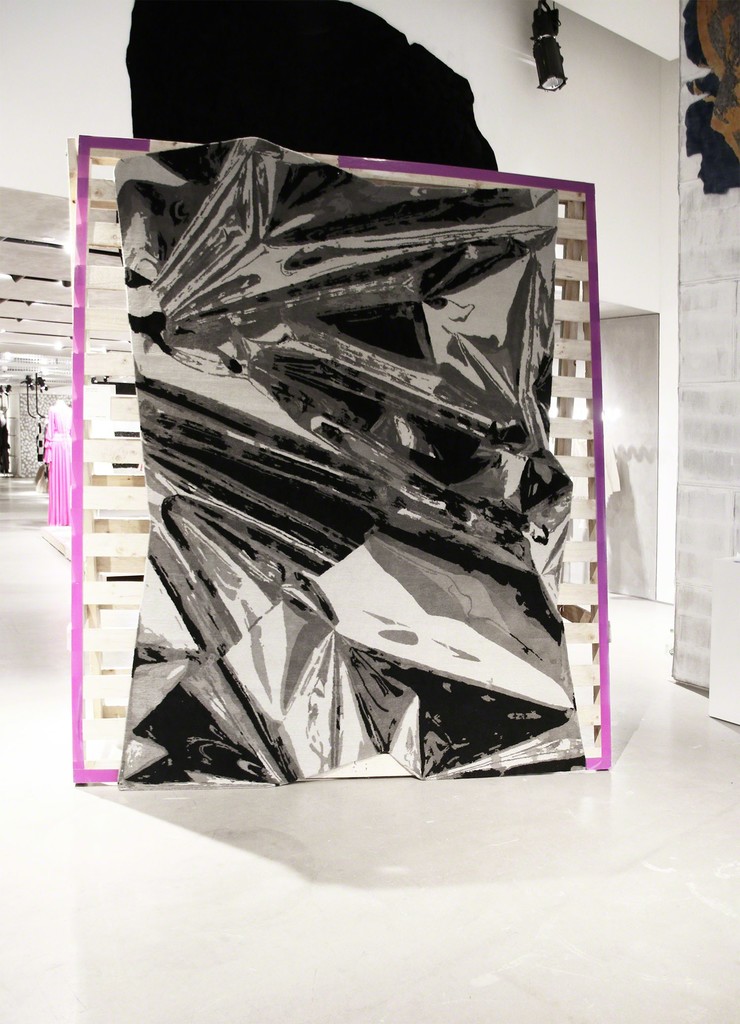 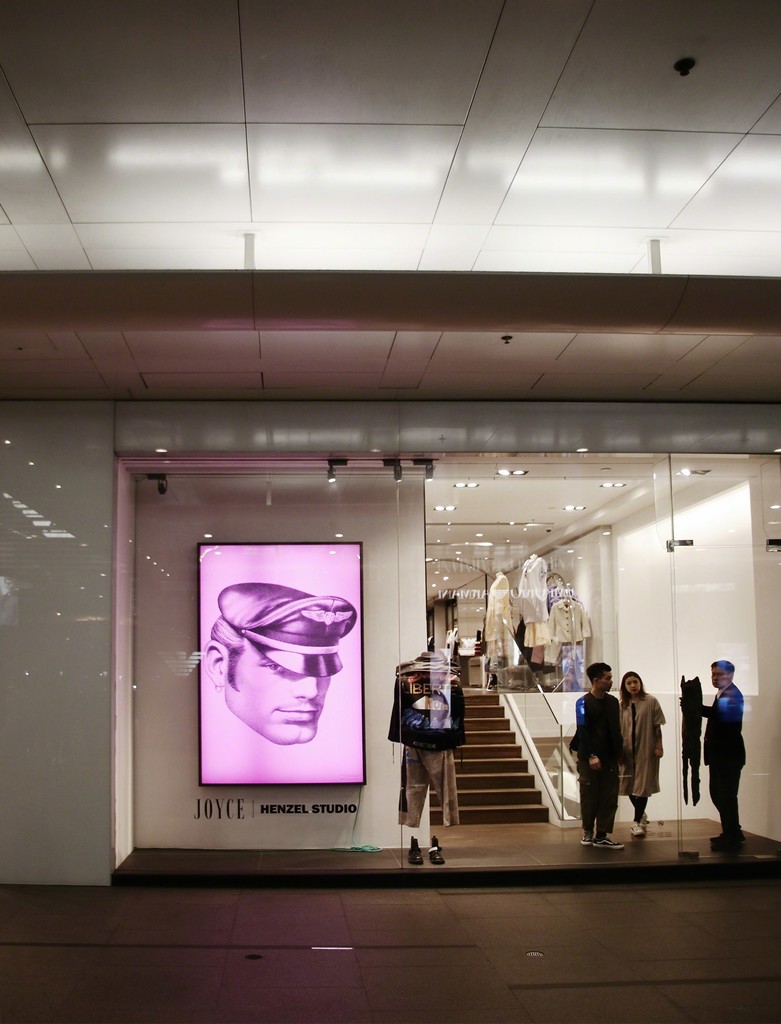 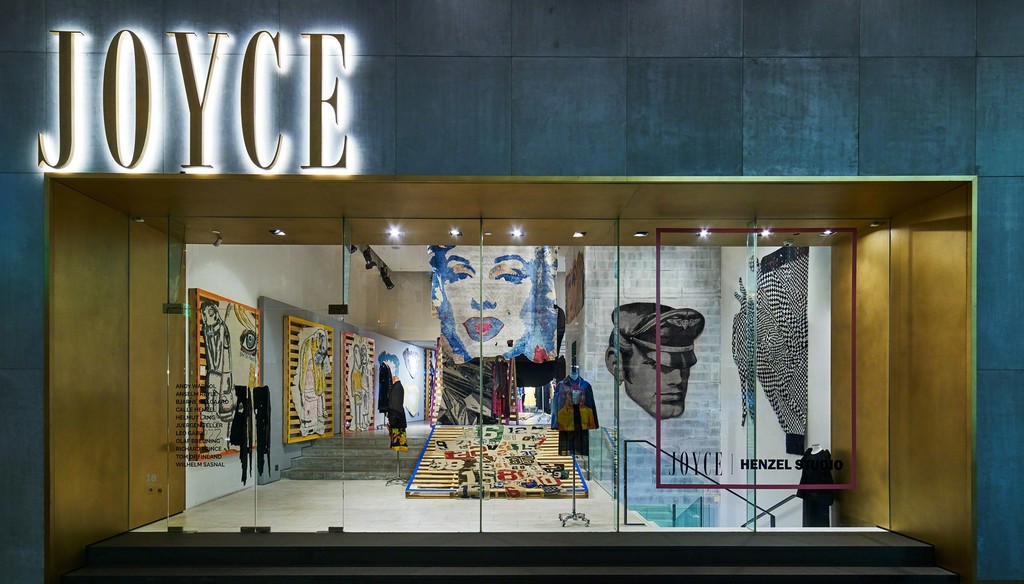 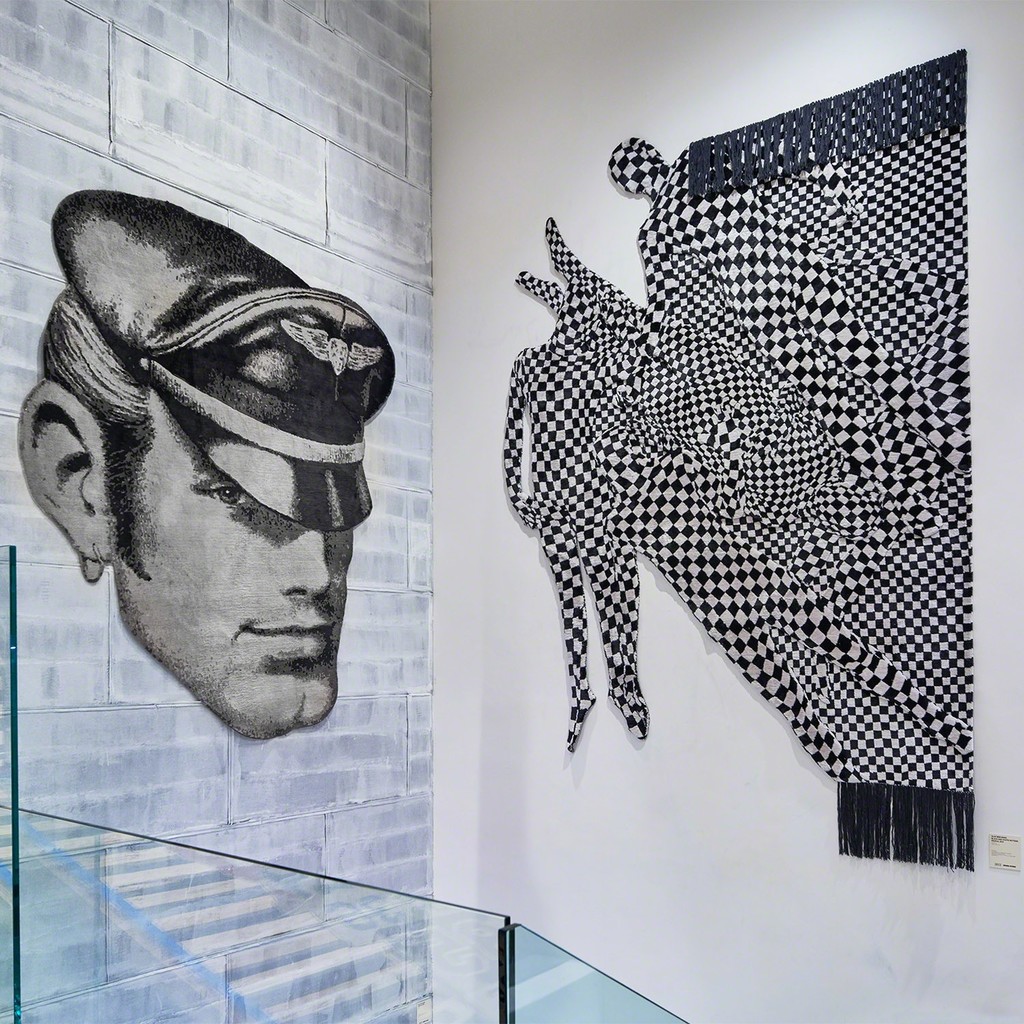 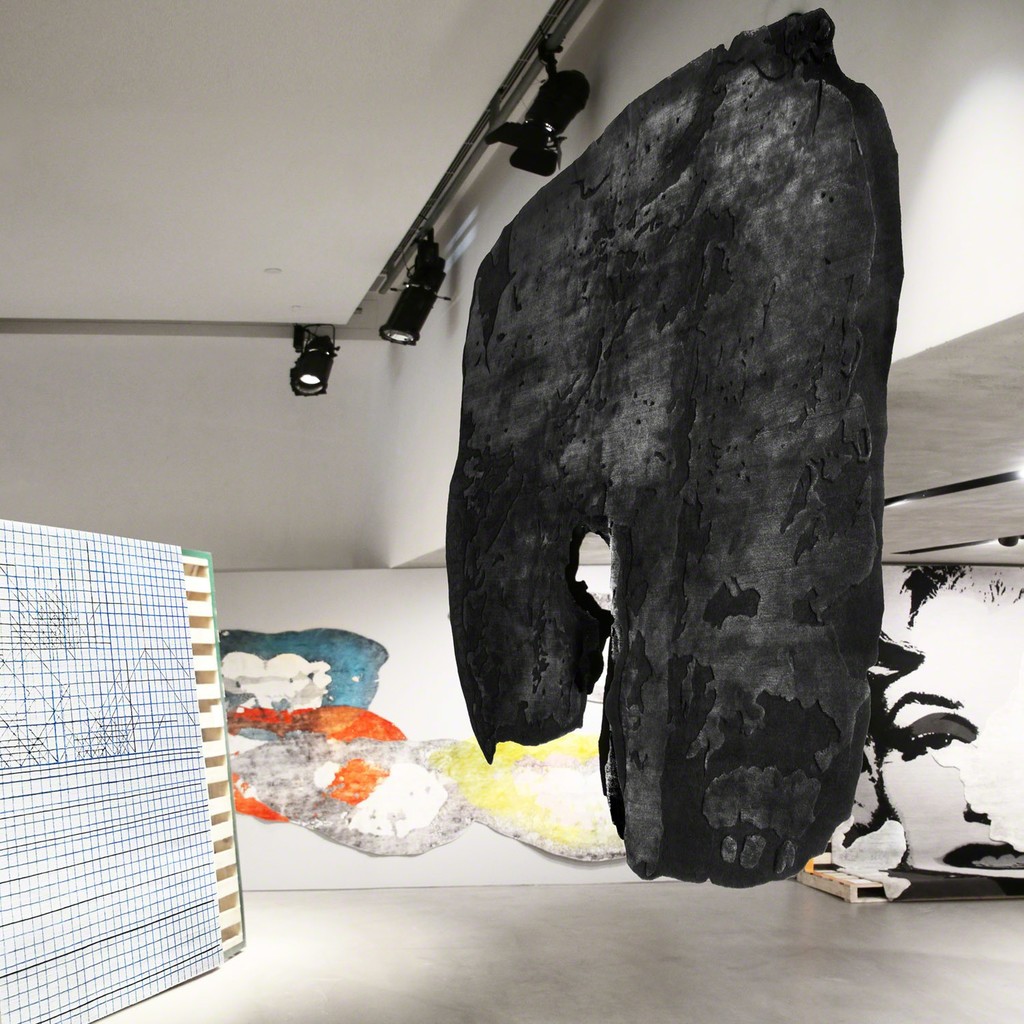 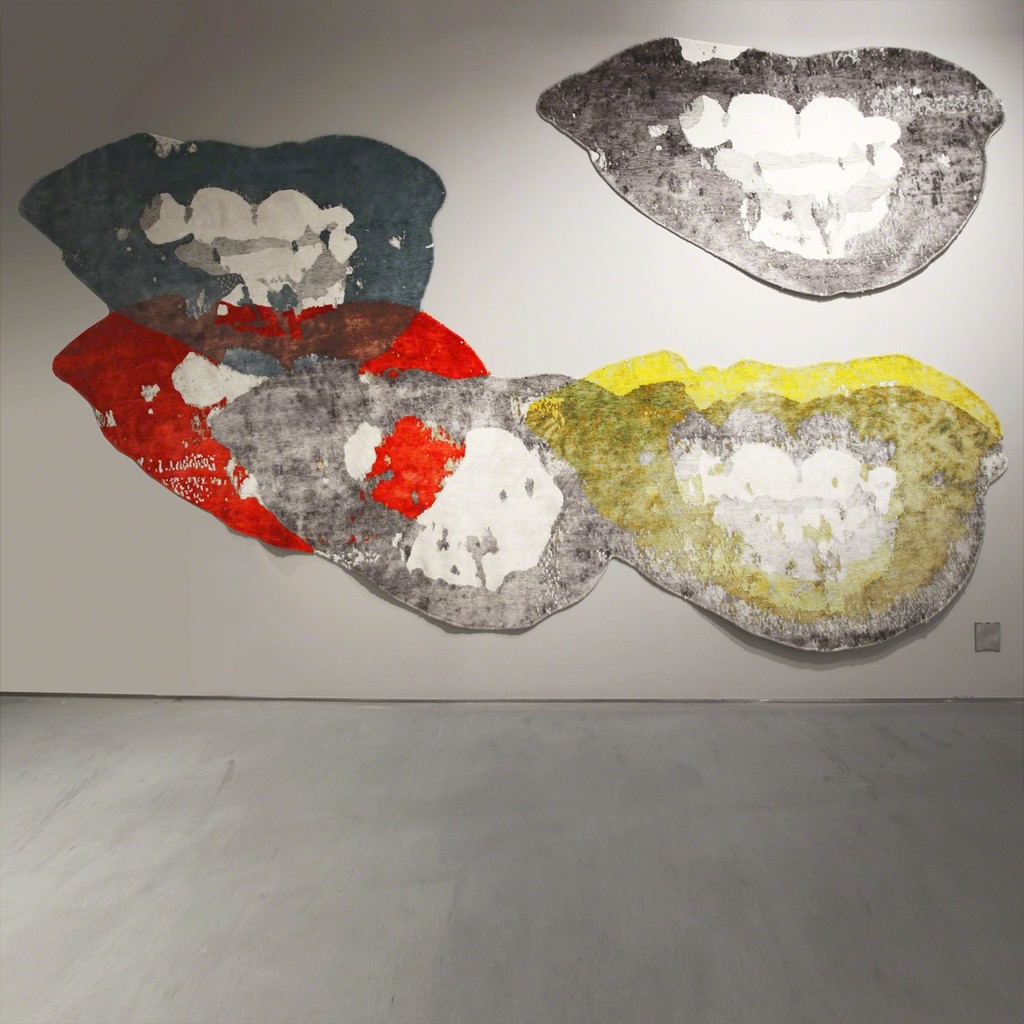 EXHIBITION AT JOYCE IN CONJUNCTION WITH ART BASEL HONG KONG / WORLDWIDE LAUNCH OF CARPETS DESIGNED IN COLLABORATION WITH BJARNE MELGAARD AND OLAF BREUNING
Swedish bespoke carpet specialist Henzel Studio showcases hand-knotted art rugs in
JOYCE Central store in the lead up of Hong Kong Art Basel 2018.
Led by artist and Creative Director Calle Henzel and Joakim Andreasson, the studio
collaborates directly with prominent contemporary artists to translate their respective
practice, whether it be painting, drawings, photographs, collages, reliefs or sculpture on to this unusual medium.
Considered works of art in their own right, a special curation of limited edition rugs
selected from Henzel Studio’s collaborations with contemporary artists will be exhibited and available for purchase in the Central flagship store. The offering also includes a vibrant series of throw cushions depicting aspects of these artists’ work.
The exhibition marks the debut of Henzel Studio’s artist collaborations in Asia, and the worldwide unveiling of four new art carpets; three by Norwegian artist Bjarne Melgaard and one by Swiss artist Olaf Breuning.
Melgaard’s multimedia practice provides an insight into subcultures and parallel worlds that exist alongside the world of normality. His series of carpets, all based on pencil drawings, tells the story of exclusion and fear and raises questions about instinct and passion, morality and normality.
Breuning’s carpet, re-appropriated from a photograph, represents human forms covered in a black and white pattern, a manifestation that fuses performance and visual art. His work humorously reflects on his observation of human behavior and interaction, and contemporary cultural and political concerns.
Using traditional time-honoured techniques amassed from the most respected artisans across the globe, Henzel Studio reinterprets modern artwork on to what is commonly considered classic addition to interior furnishings. This creates an eye-opening contrast when using the rug as a platform for the work of contemporary artists Bjarne Melgaard, Leo Gabin, Wilhelm Sasnal and Richard Prince, not to mention iconic names who have shaped modern popular culture such as Andy Warhol, Juergen Teller, Tom of Finland and Helmut Lang.
Also pulling from an archive of his own designs, Henzel and Andreasson succeed in a shaping a new context in which to reflect diverse dynamics of contemporary art and design. Arriving in Hong Kong in time for Art Basel, the rugs will take pride of place in the Queen’s Road Central store window, and will adorn the walls and floors of JOYCE flagship store and JOYCE Cabinet until end of April. Creative Directors Calle Henzel and Joakim Andreasson will take the opportunity to make a personal appearance in JOYCE Central store.