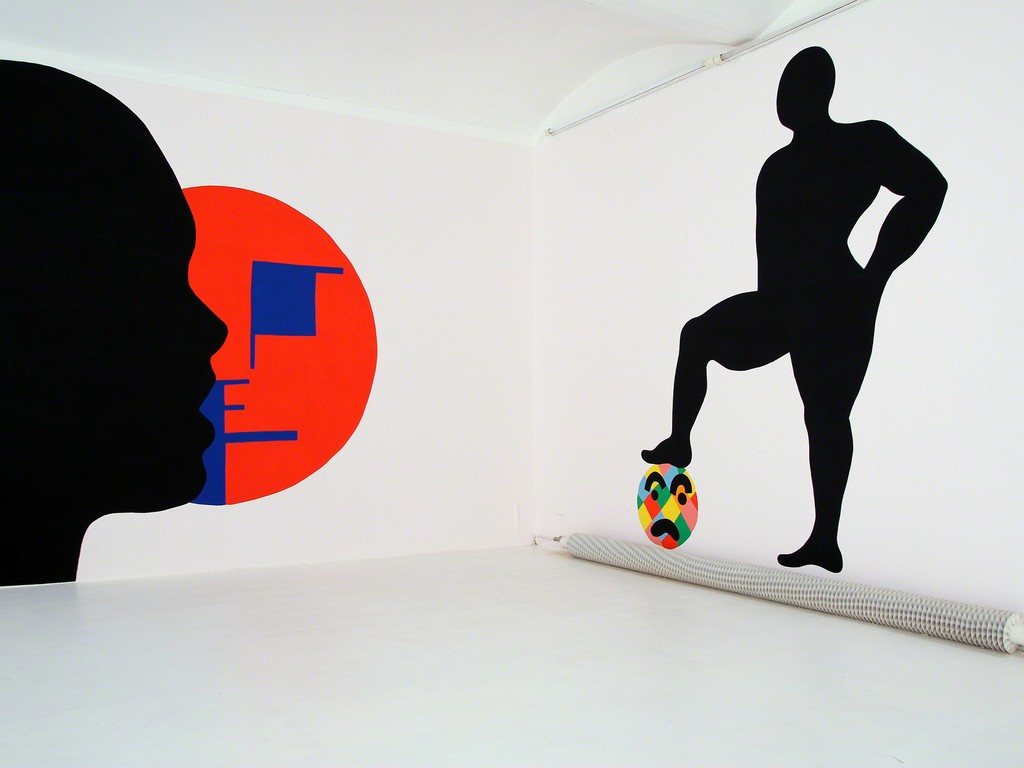 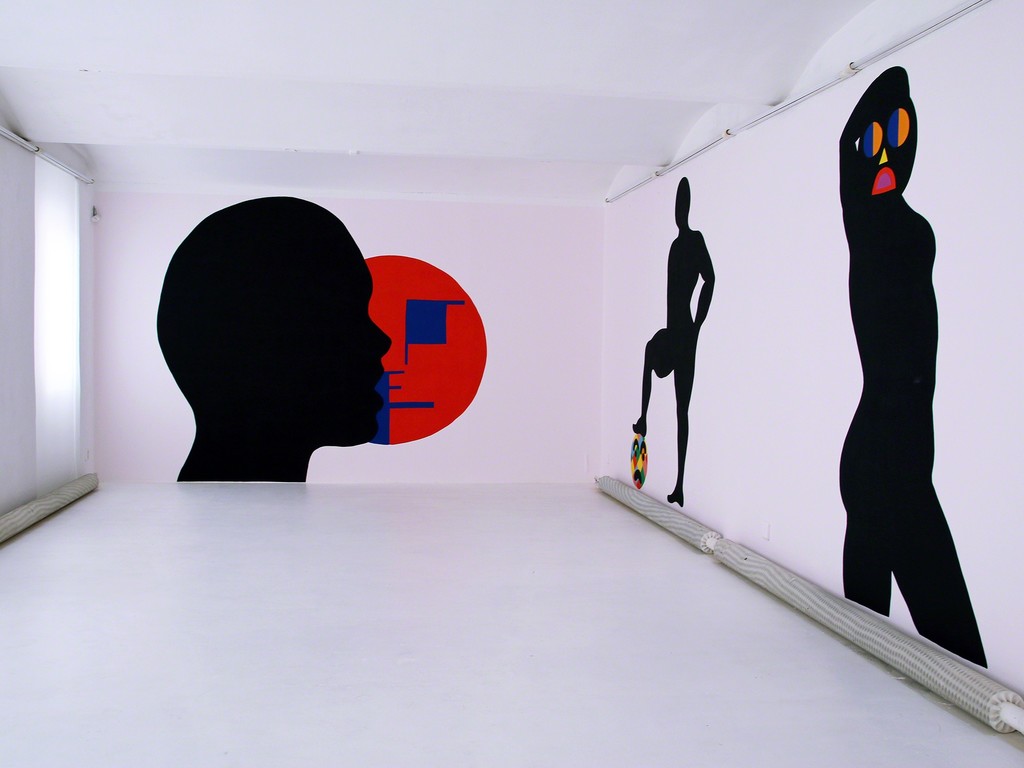 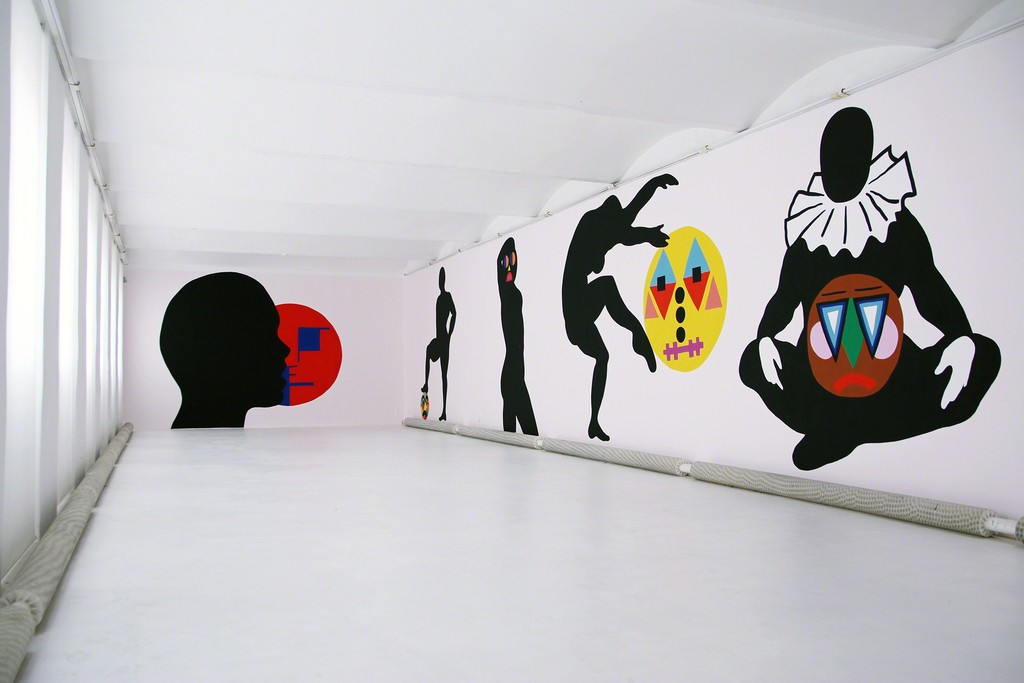 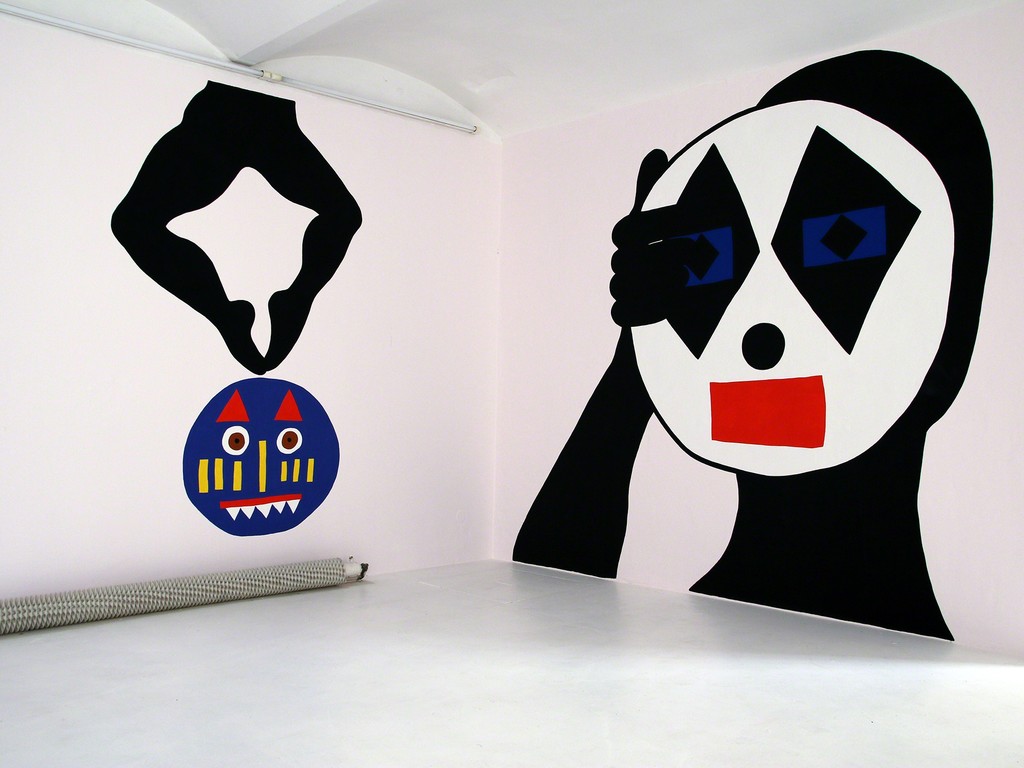 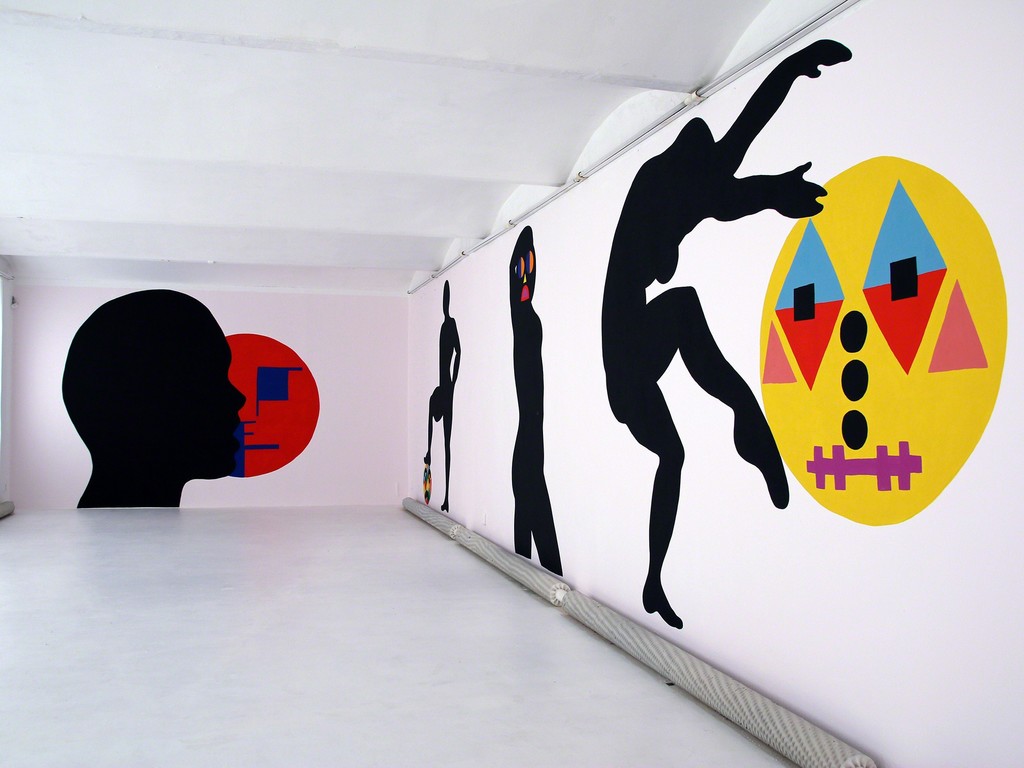 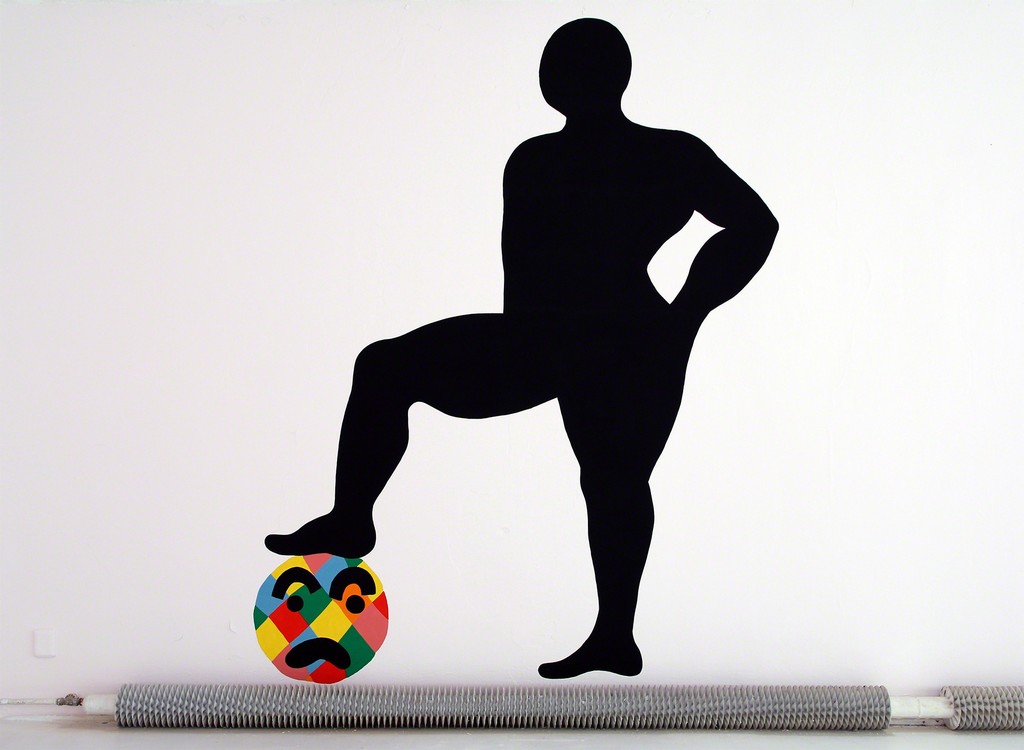 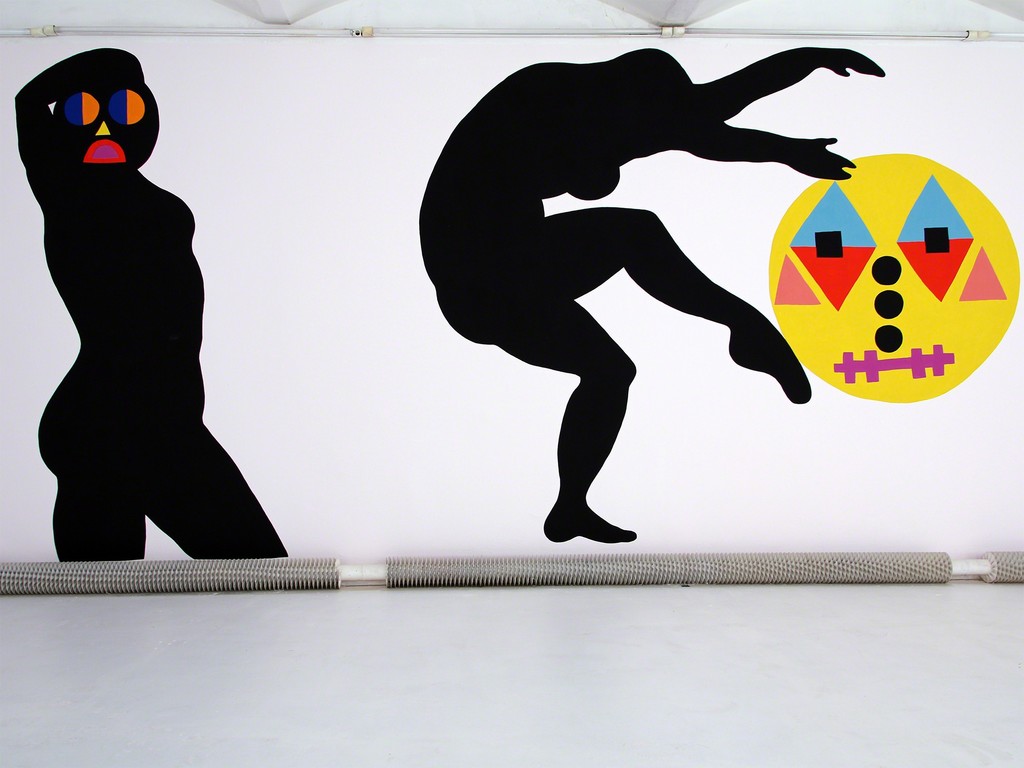 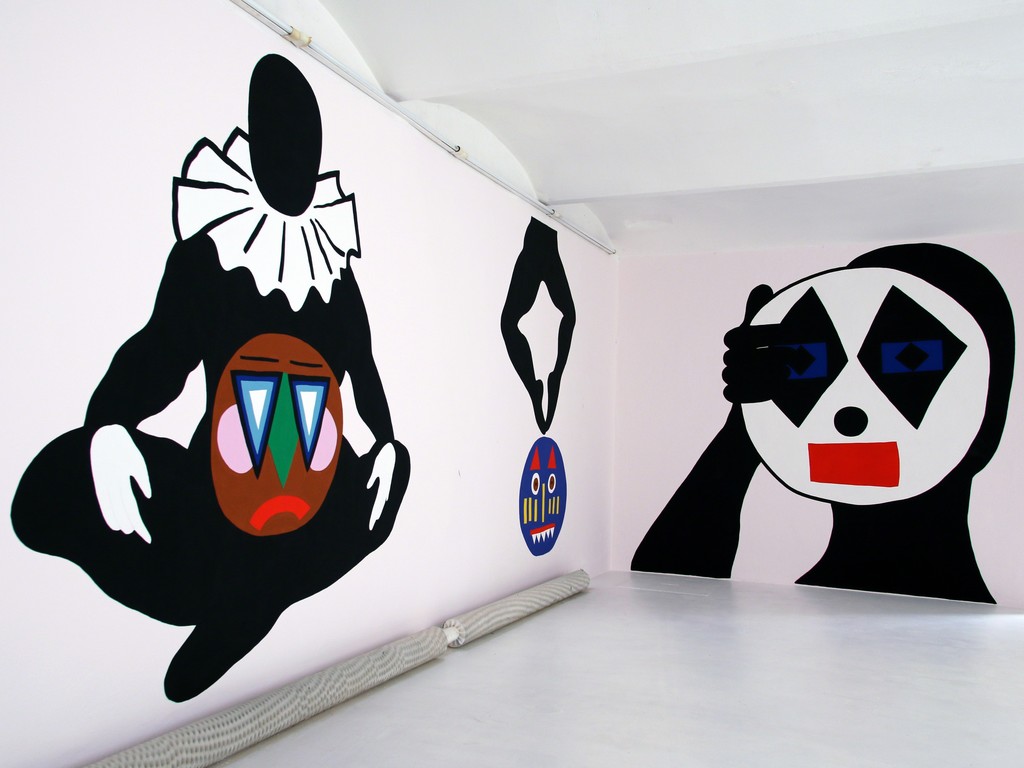 It appears that art history applies the main characteristic of one of its axis - the passing of time also on the second one - the content and form of art. From this historical essence art must keep constantly changing itself. At least no less than the numbers on a flip clock. Subsequent always denies the previous, but finally its a just regular repetition.

Staying on the time line we could say the work of Karina Bisch follow the research of the Avantgarde. With its utopia, dogmatism and dictatorship makes a sort of binding link back to the modernism. Or maybe bit further Karina is on the post-modern position. Quoting, de-contextualizing and assembling the “high” and “low” into formal irony and joke refusing the singular point of view.

Thesis, antithesis, synthesis. In the third reading we could maybe go even further. For instance the costume, dress, ritual outfit and painting existing simultaneously. Or “painting for living”. Opposites don’t have to necessary exclude each other. Absolute irony is also deadly serious. To accept something maybe we have to first reject it, only after it can be entirely ours – but in another way then before. Contradiction. Limitations. Or like the theatre, which accents illusion necessary for the the truthfulness of the experience. Stage design and props do not refer to reality, but to the ideality. That is why they are more real.

Game and theatre. Game with it´s own artificial rules, time divided from the continuity of time and the presence of costumes. Theatre is for a scene, characters and lights. Arlequin has no subjectivity but only universality. His face is covered with a mask. His costume bears a geometric pattern. Harlequin is tied to the world of idealism and the infinity. The physical agility, the lightness Arlequin jumps from one scene to another.

So is the work of Karina Bisch - non-temporal and idealistic, made out of the eternal return of the same. The fabrication of associations, quotations, appropriations and substitutions – of signs, symbols, shapes, styles and genres. However there is something natural and peaceful in it. Because it is finally not about all that. It is not about reaction, which needs distance, but about totality and participation on it - “it is one”. It is about ideas and ideals, about being a modernist, eternity and infinity and repulsion of the real world for a better one – the true one. The game and the play.