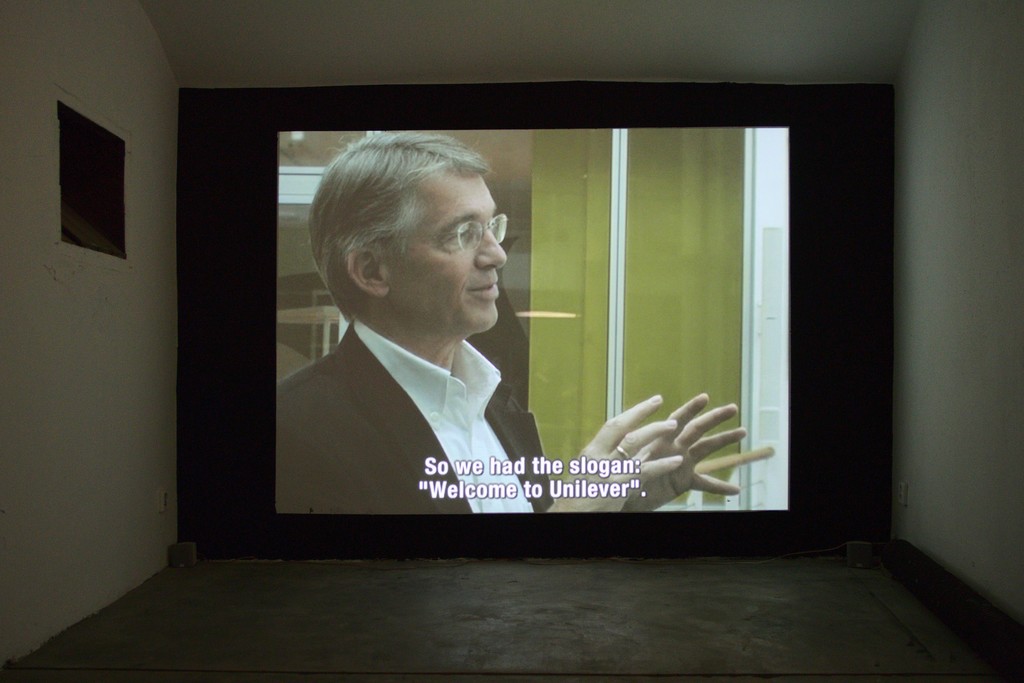 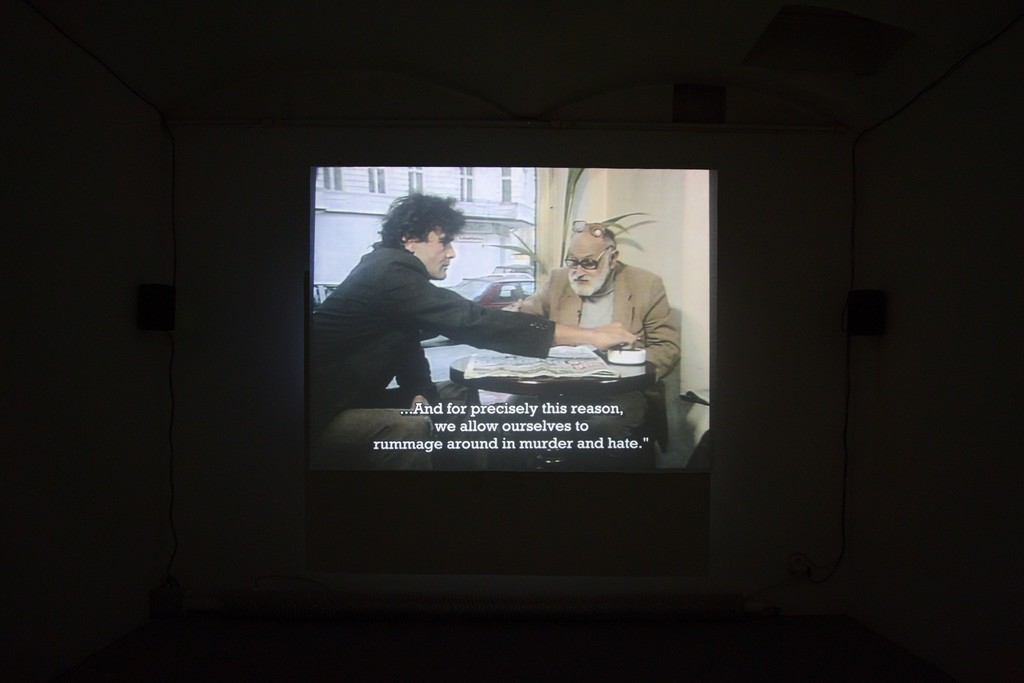 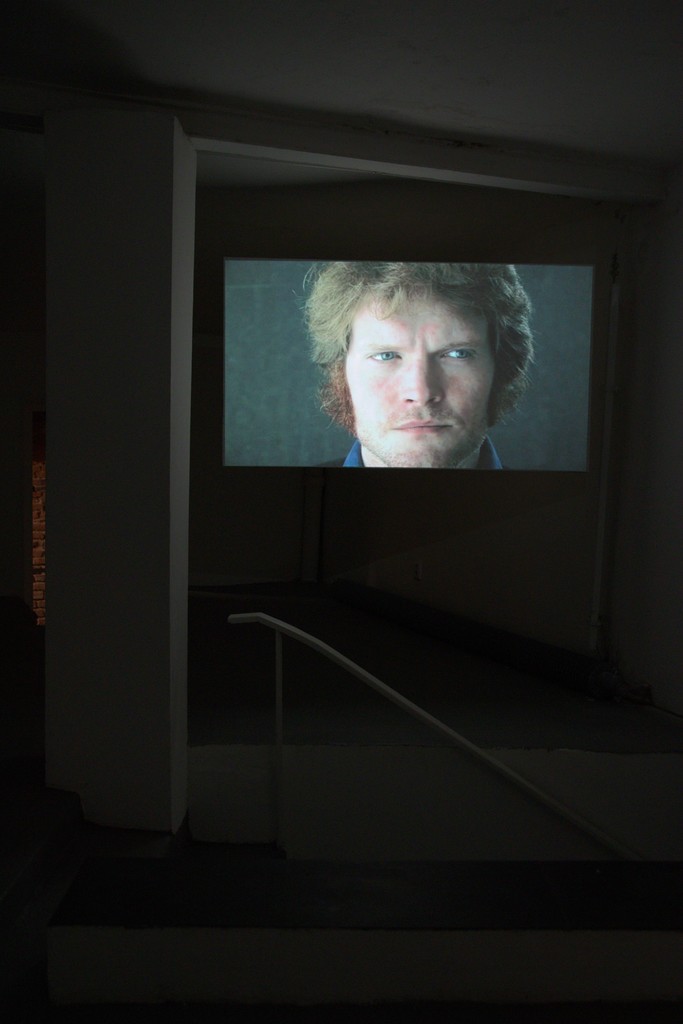 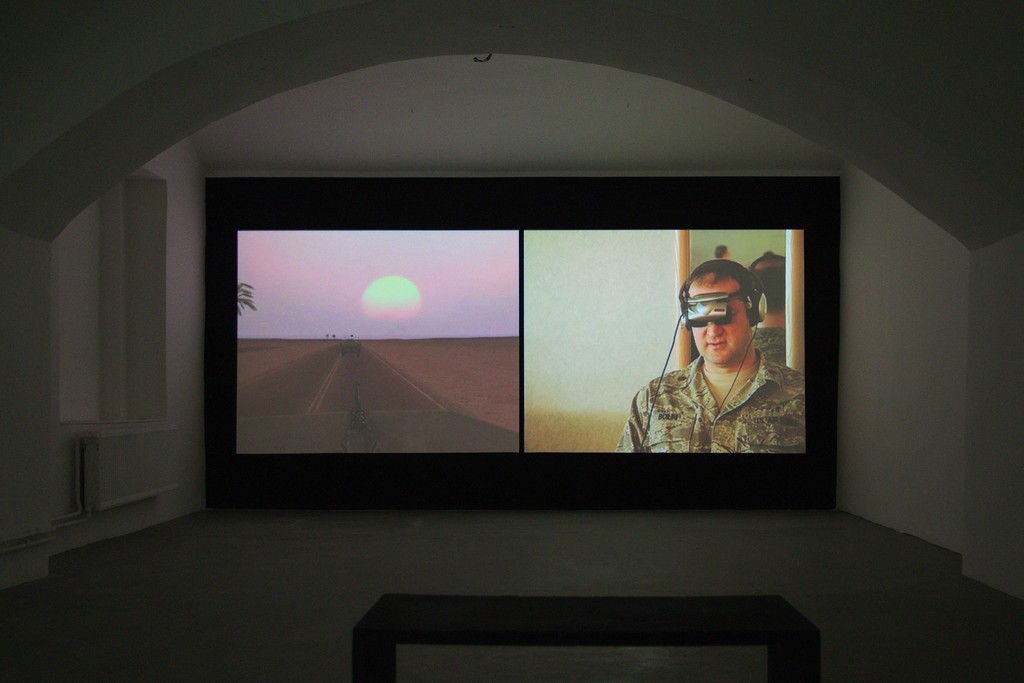 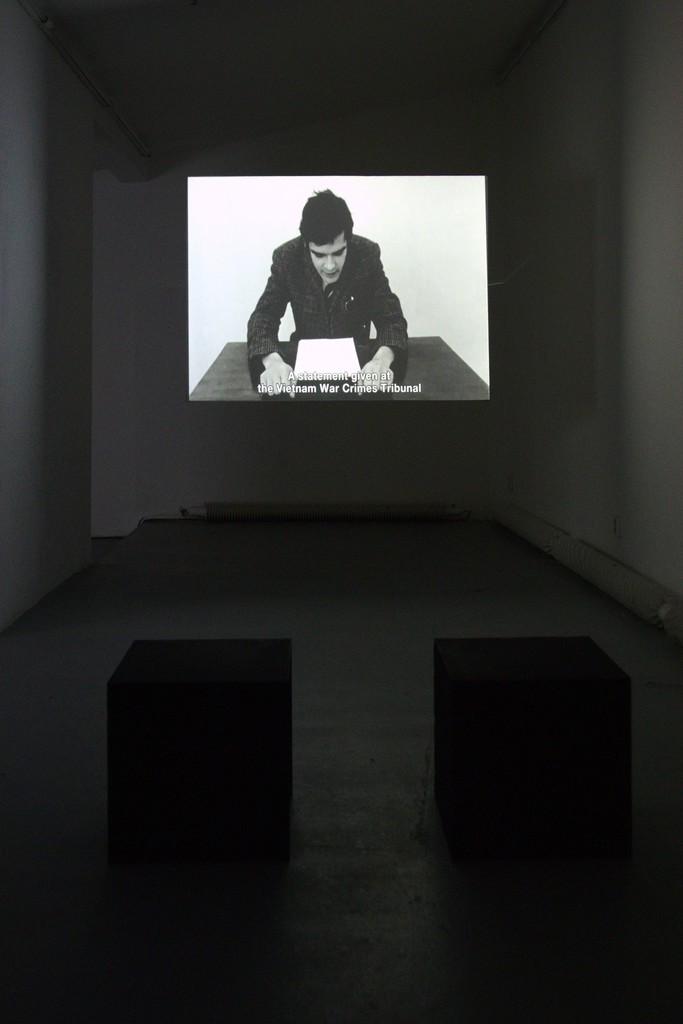 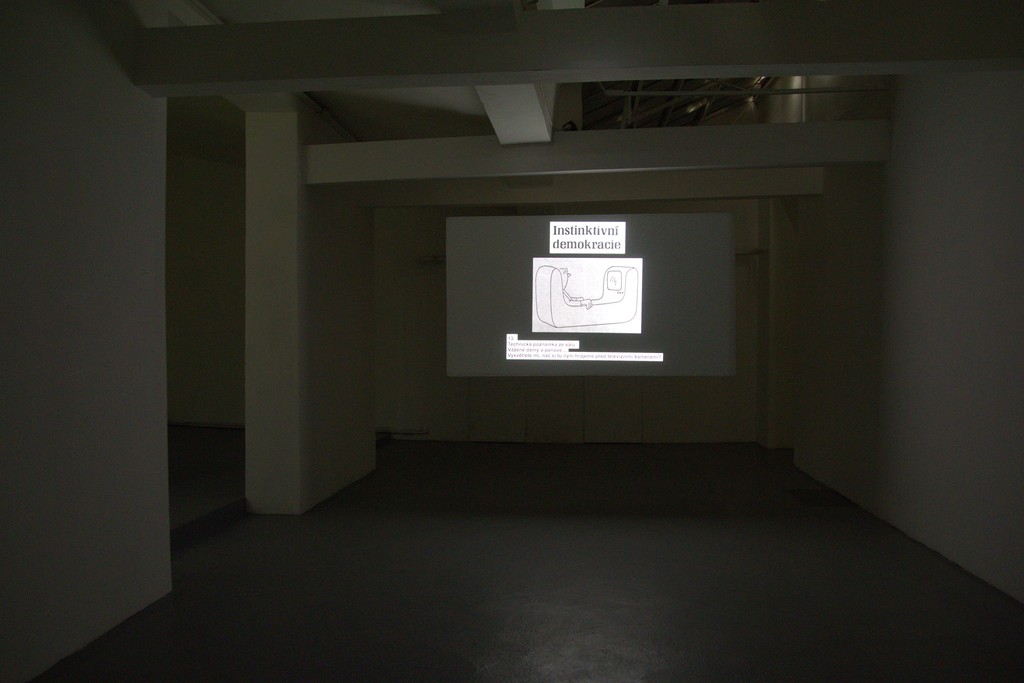 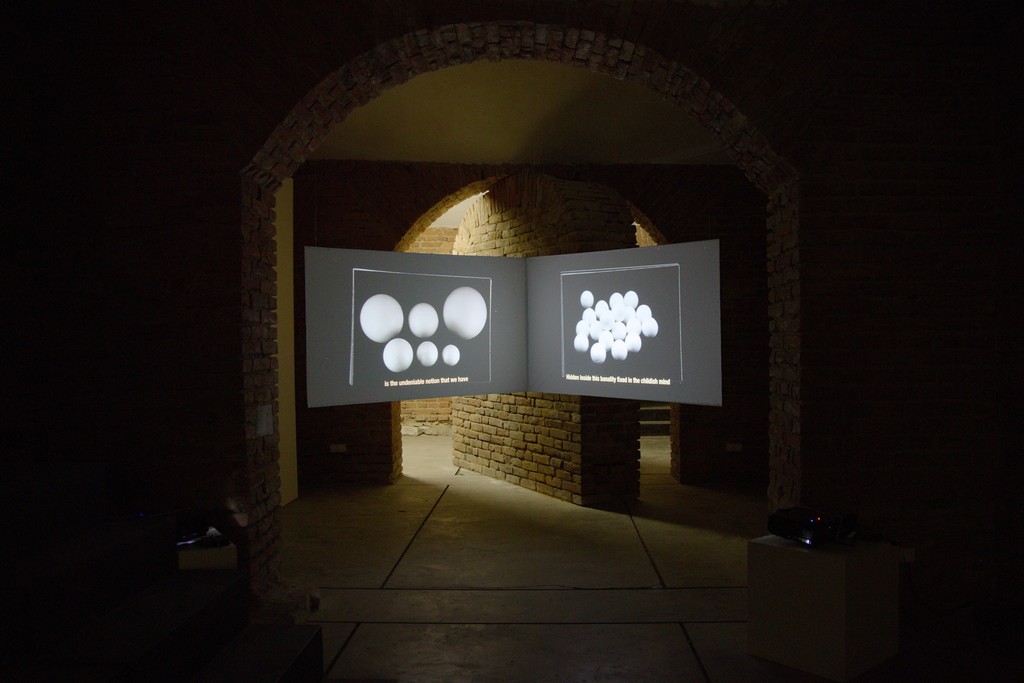 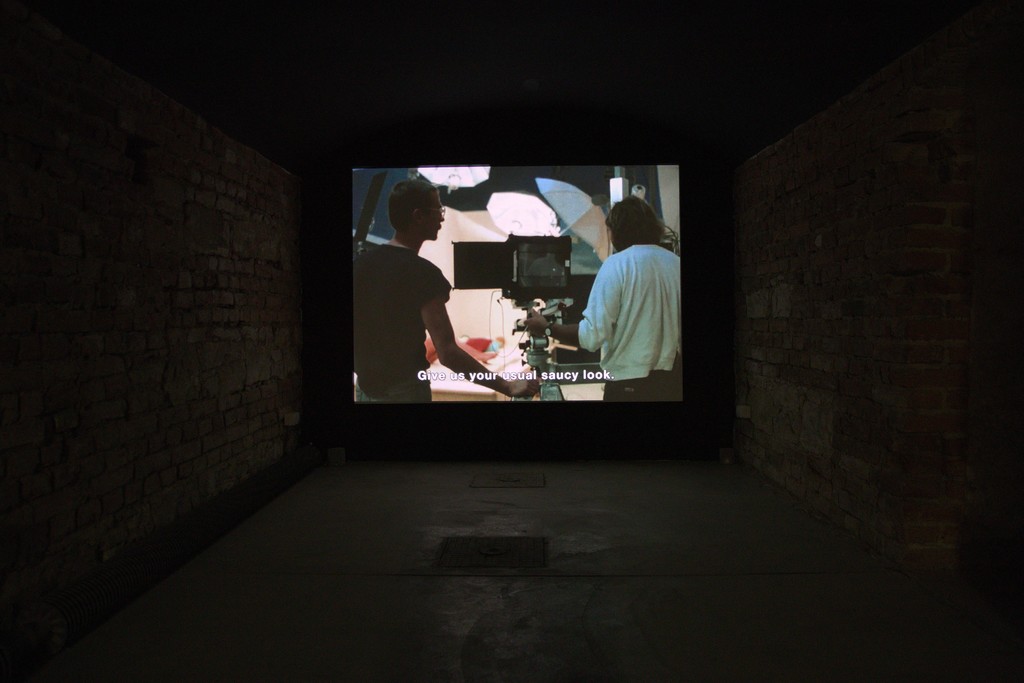 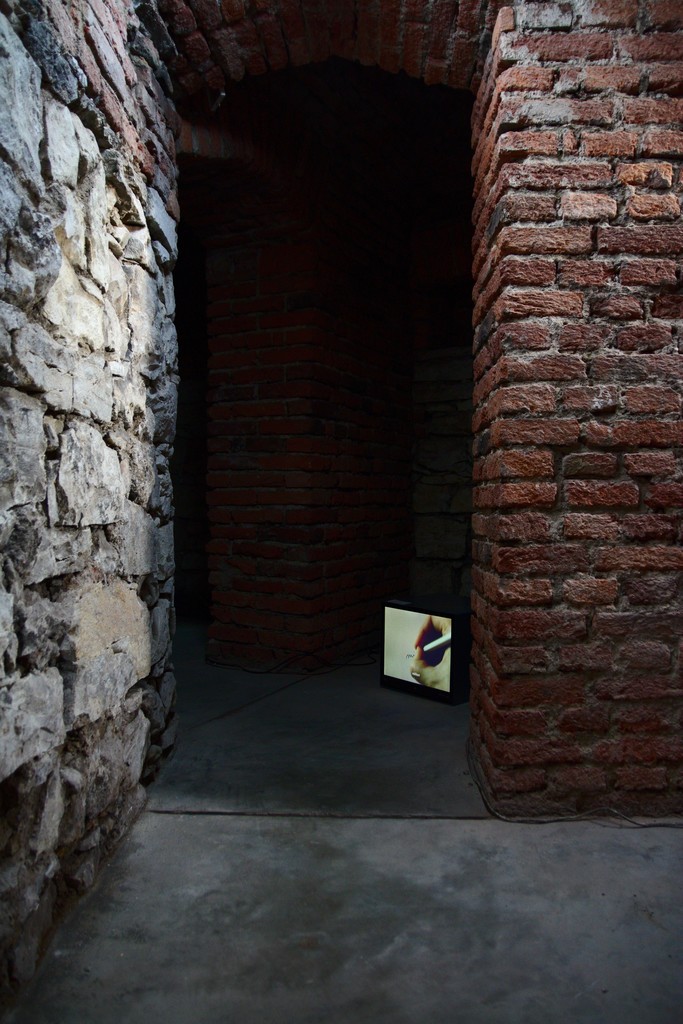 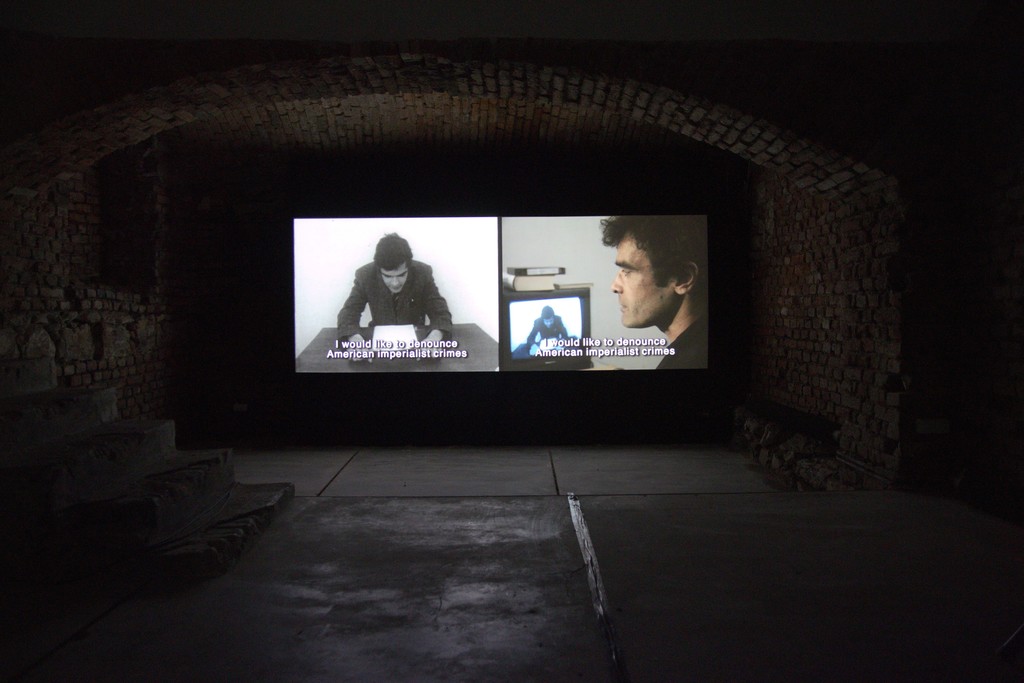 I never met Harun Farocki. One week after I received his email, where he agreed to participate in this exhibition, in the sunny morning of beginning of August, I got the news he passed away. It didn't happened as in the movies by a phone call making my face turn pale in front of other viewers, or somebody knocking at my door, catching breath after long run, his expression already transmitting this sad news. I just got to know from the media.

"Because I produce nothing but videos an exhibition can be quite boring," wrote me Harun in his last email. Maybe of the biggest power in his work is for me that very moment of boredom. In the way he portrays the function of power as actually banal, technical, mechanical and operating without emotions and how precisely he positions film in between execution of this power and similarly banal entertainment of the spectator. And how simply was he being able to formulate it. "I am interested in the use of images."

In Germany important native died. Harun Farocki, born in Nový Jičín, died. Died Harun Farocki, decoder of the ideology of the image. It's a pitty we cannot discuss with Harun his own Czech newspaper obituaries. I would imagine in the same way as Farocki pointing his strong finger on the image of a shoot dead on the front page of Bild newspaper. "Yes, but you're also aware, that we are just not speaking in normal circumstances in a cafe here, but in front of a television camera, and therefore everything that we are speaking of here, is itself plunged into an image, and for the recipient is "magicised" again," would add Vilém Flusser.

The aim of the duo exhibitions we organise at FUTURA was always rather the human confrontation of the participating artists, their personal cooperation and dialogue, than pointing out some objective similarities in their work. I think, that also this point of view, was the main motif for Harun to agree to participate in this exhibition.

But what about Zbyněk Baladrán, who has been in the shade of a post-mortal retrospective this exhibition automatically became? and who's name is even in this text pushed at the very end?

"I don't feel at all like that, Michal," answered me Zbyněk, when we were walking through the gallery space and I expressed my worries if the number of artworks presented and their scenographical arrangement doesn't push him away.

"I absolutely deny, that we would be able and free to abstain from judgement." With the words of Baruch Spinoza we could maybe express, what relates the two artists. It is this taking of position, the position of criticality, but also position, which doesn't hide, dribbles or dodges. It is somehow honest, upright and laborious. But maybe it is also exactly here, that there is the very difference between art and image as mere pornography. The difference maybe even more actual in the art today.

"Because it's a matter of life and death. Because there is a possibility here that art can change something," says the female voice in Zbyněk Baladrán's video Microscope and telescope of time.