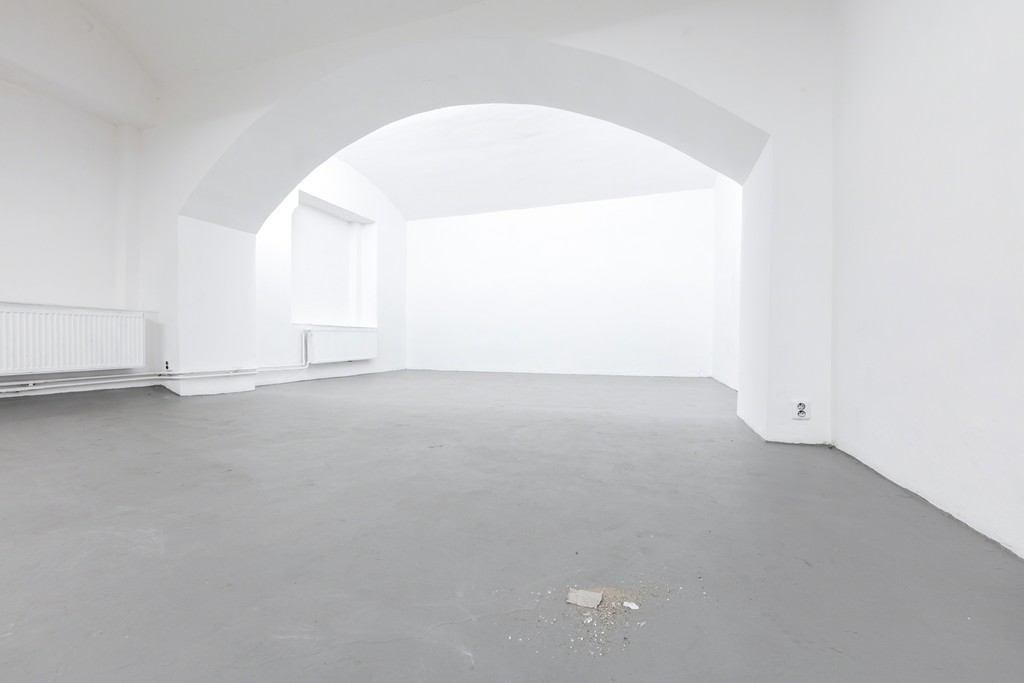 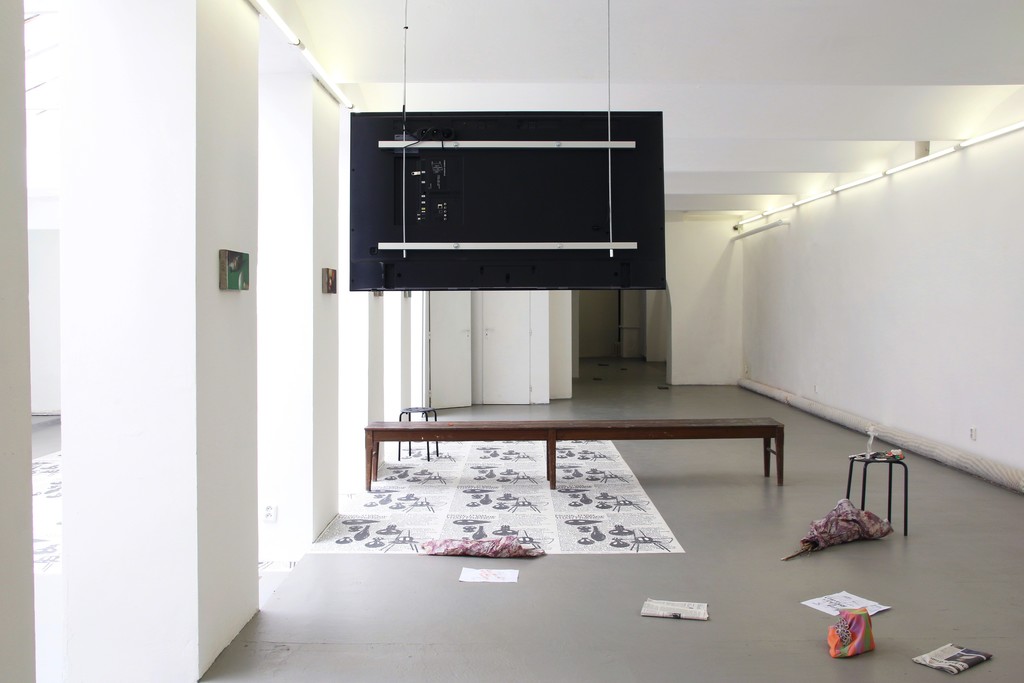 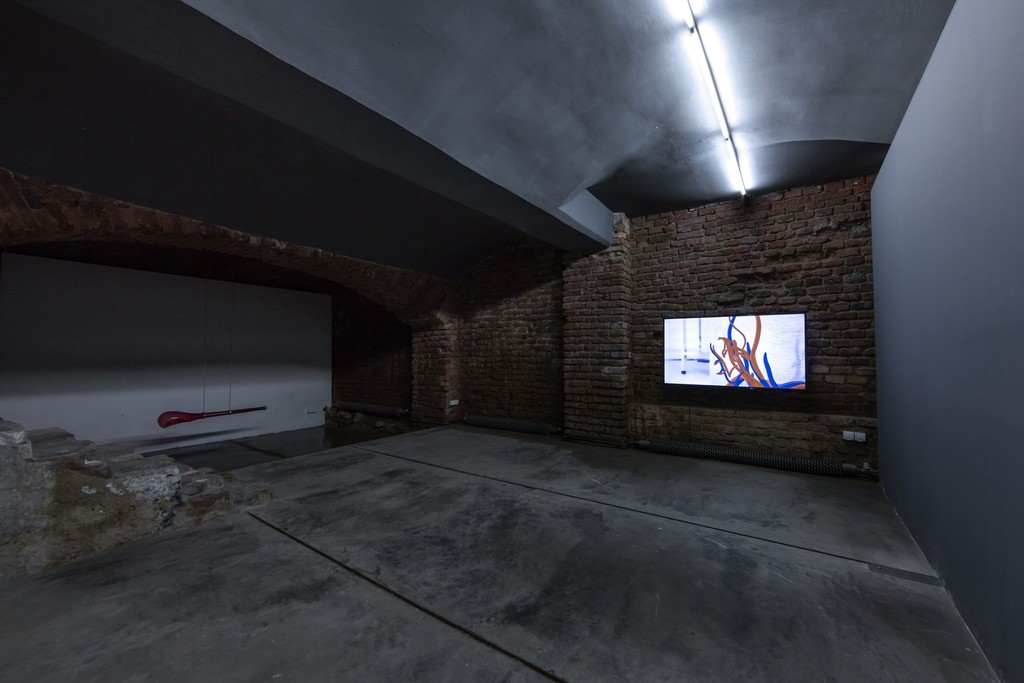 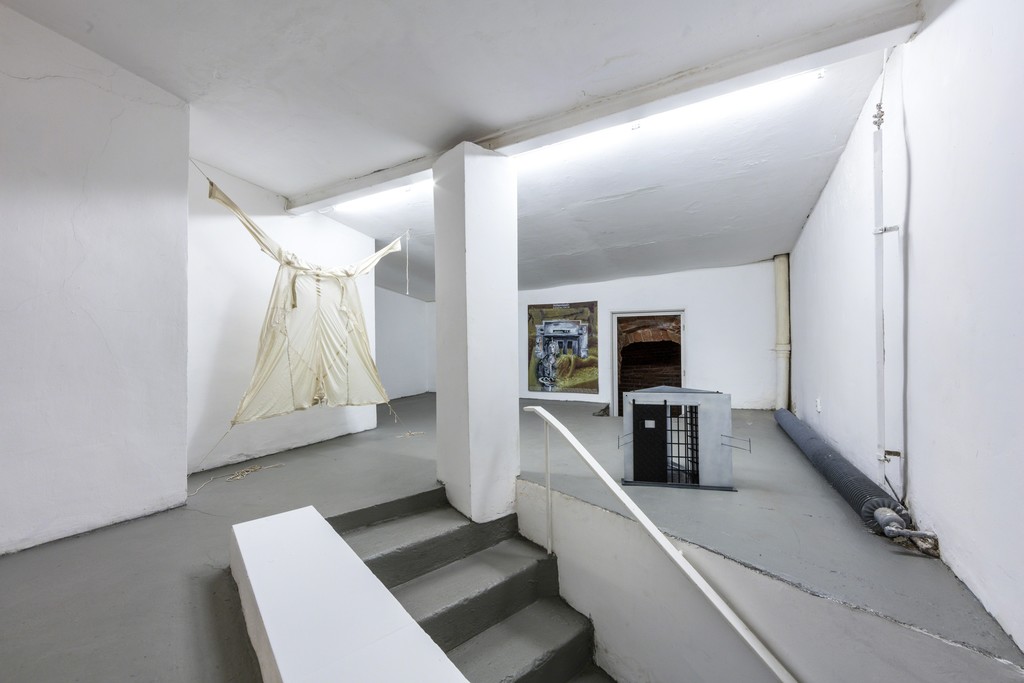 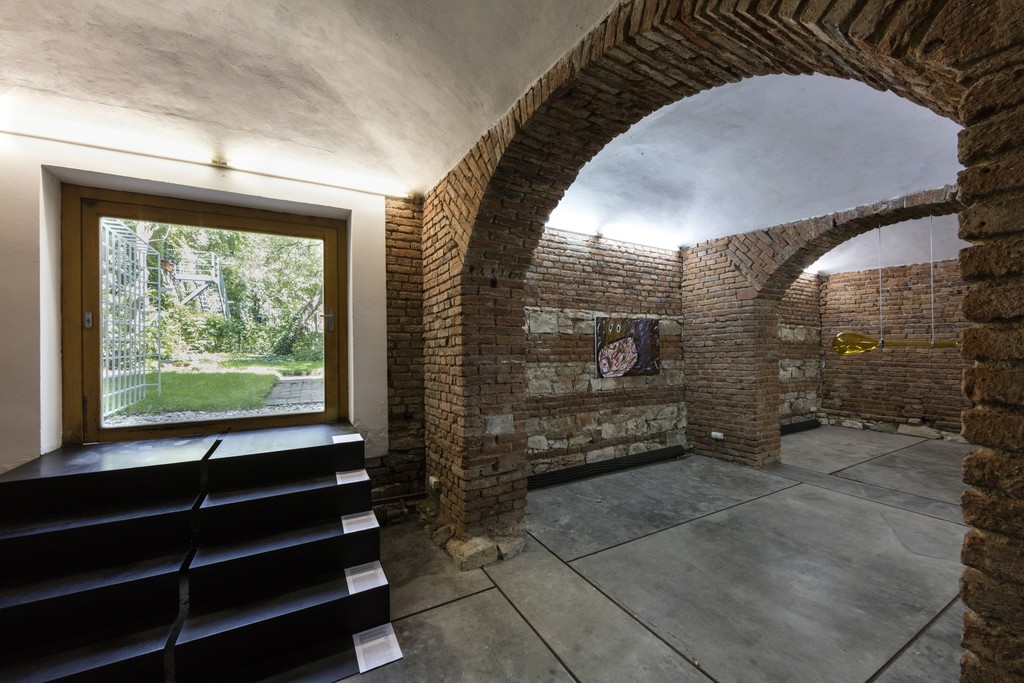 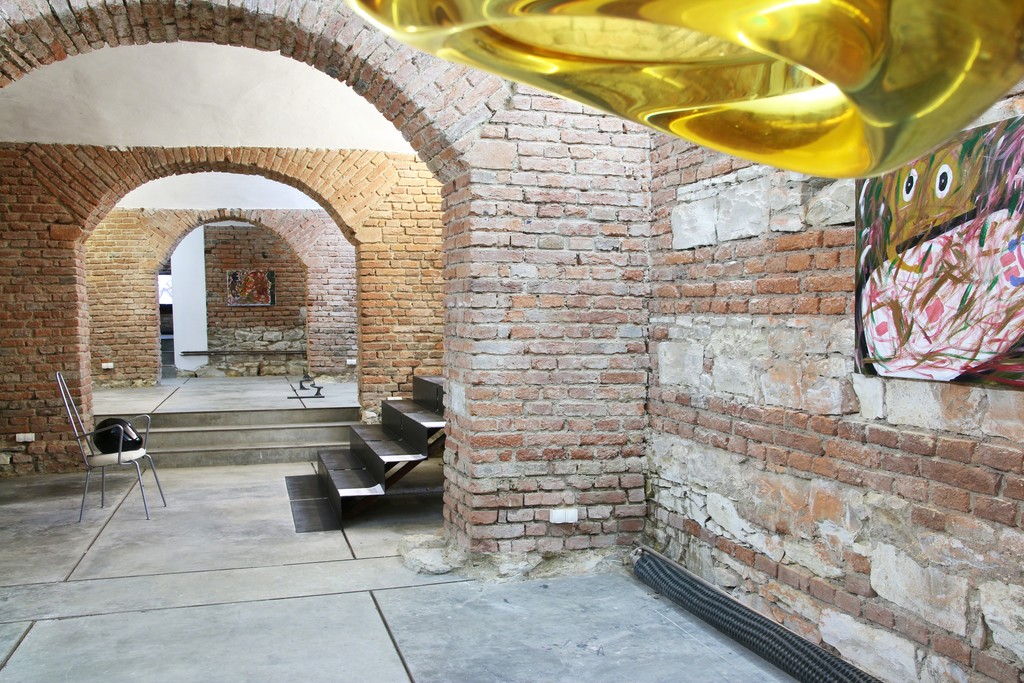 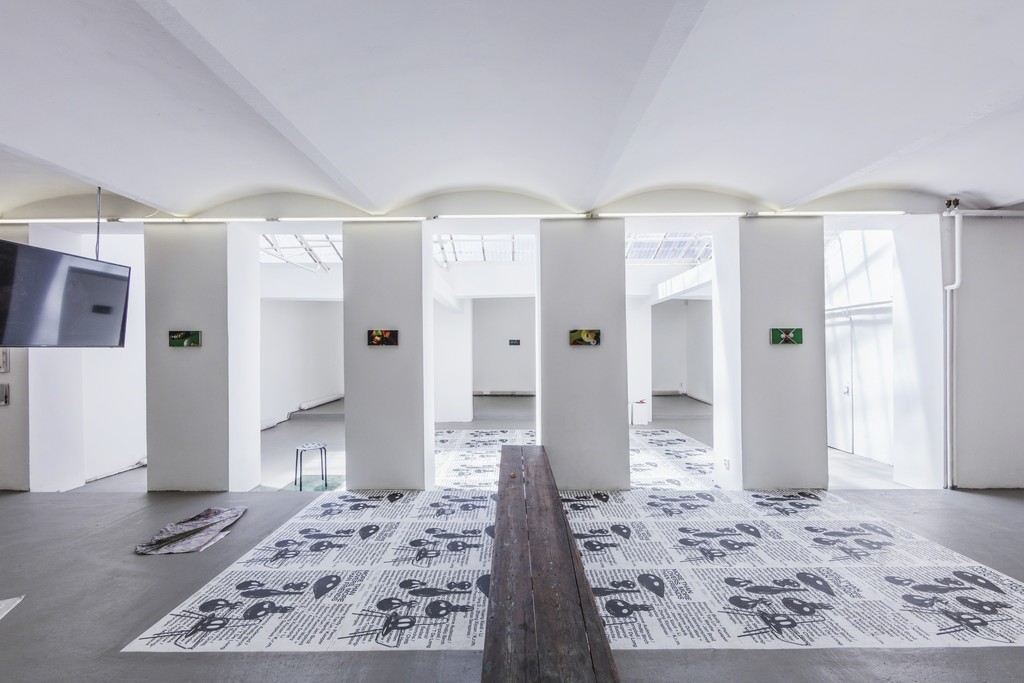 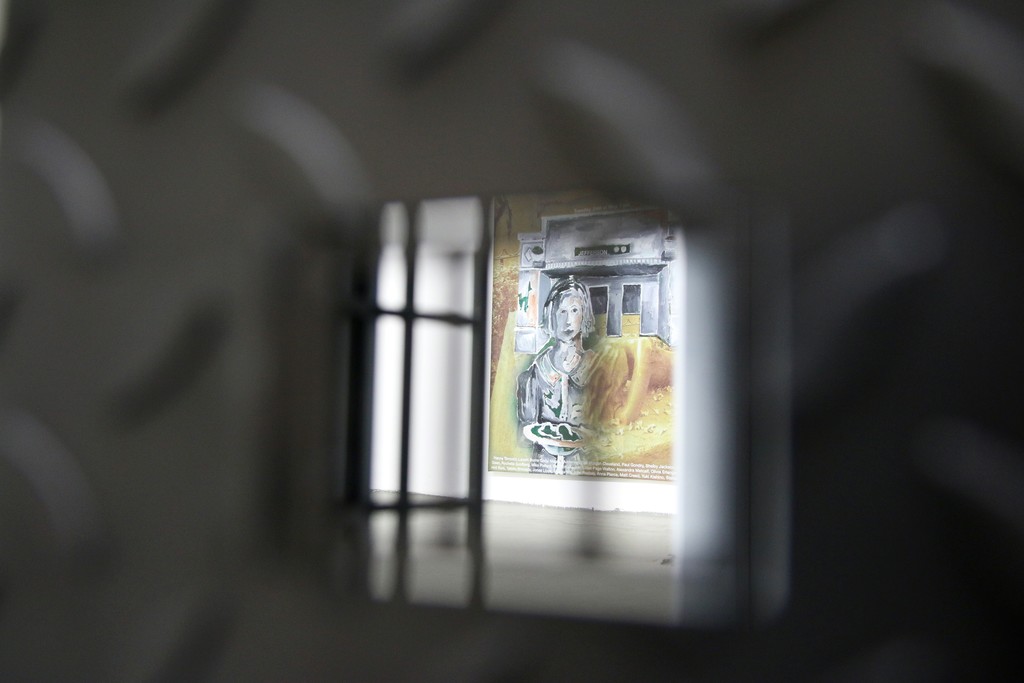 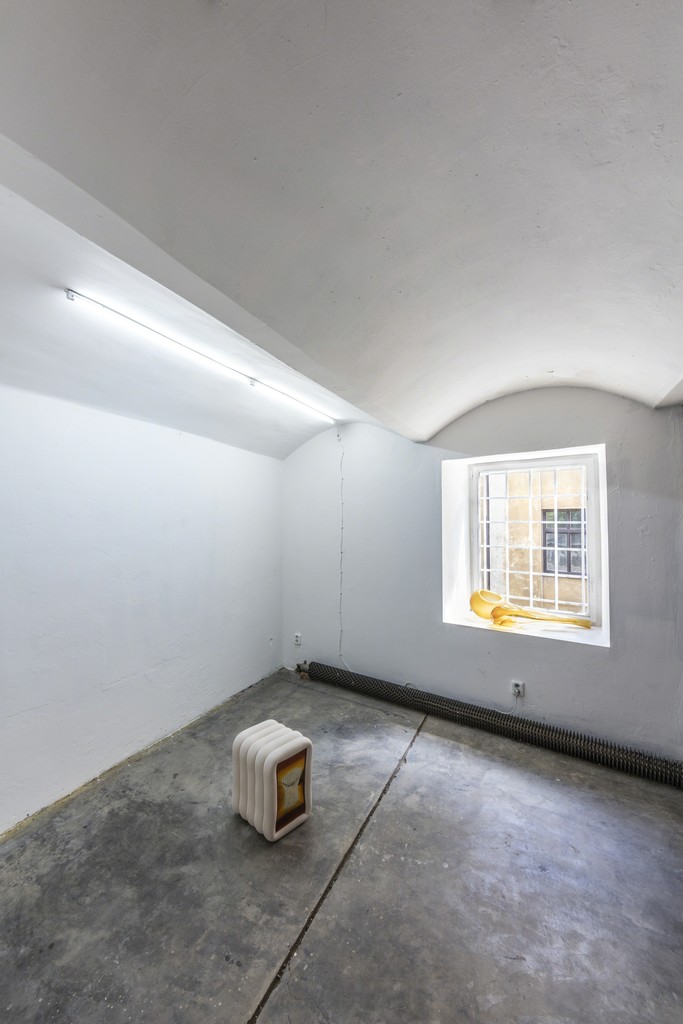 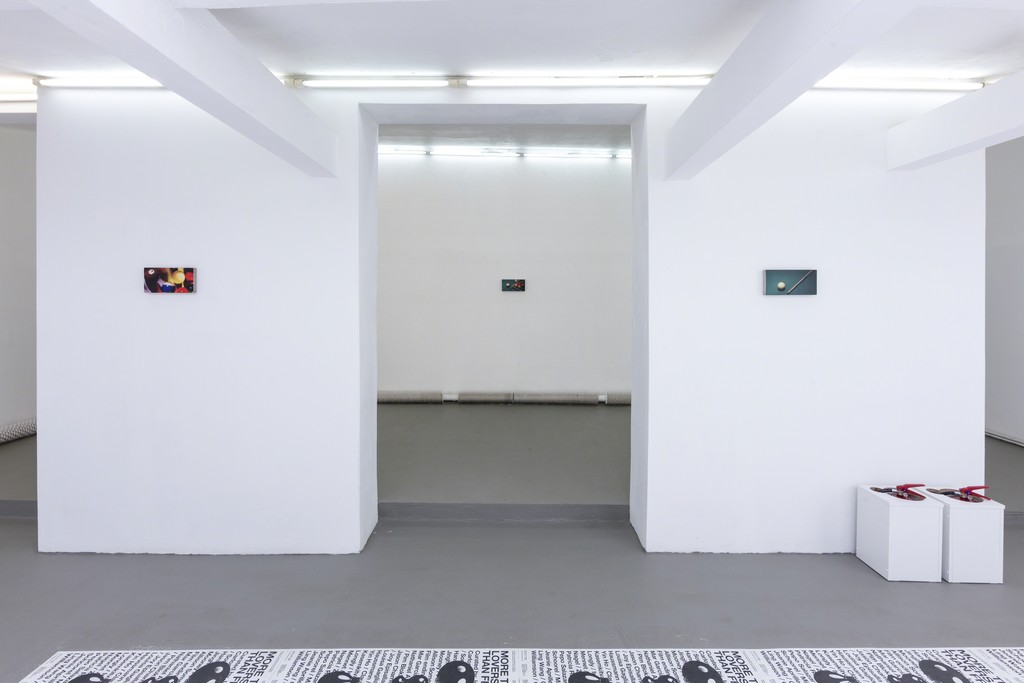 Maxime Boidy + Pierre Paulin + Tan Lin; Kasper Bosmans + Marthe Ramm Fortun; Jan Brož+ Barbora Kleinhamplová; Elaine Cameron-Weir + Carlos Reyes + Ben Schumacher; Andrew Dorsey; Sonja Engelhardt + Thom Kubli; Jason Hendrik Hansma + Vivian Sky Rehberg; Huang Xiaoli + Li Jinghu + Li Yueyang + Yang Zi + Zhang Xiyuan; K.r.m. Mooney; Parallel Practice; Augustas Serapinas; Allison Somers; Nicholas Aung Sung
Film endings selected by: Mar Garcia Albert, Monsur Ali, Fabienne Audeoud, Nathaniel
Axel, Ian Balfour, Julie Béna, Phillip Birch, Pim Blokker, Dora Budor, Andrianna Campbell, Jason Charney, Adam Cruces, Cyril Duval, T De Long, Joy Episalla, Davide Fornari, Thomas Fougeirol, Louisa Gagliardi, Julia Geerlings, Laëtitia Badaut Haussmann, Rodrigo Hernández, Heide Hinrichs, Yin Ho, Claudia Joskowicz, Alex Jovanovich, Chitti Kasemkitvatana, Flora Katz, Edwin Lo, George Henry Longly, Ingrid Luche, Corey McCorkle, Sébastien Mennet, Jacopo Miliani,šys,DariusAlexanderMik
Nagel, Zeena Parkins, Shanta Rao, Max Razdow, Patricia Reinhart, Aude Richards, Maxime Rossi, Pepo Salazar, Amelia Saul, Yves Scherer, Maaike Schoorel, Mira Schor, Chai Siris, Jesse Stecklow, Jeanie Aprille Tang, Thaiddhi, Caecilia Tripp, Ching-Ling Wang, Claudia Weber, Zoe Williams, Margaux Williamson, Carrie Yamaoka, Yu Honglei
Curated by: Jo-ey Tang
More Than Lovers, More Than Friends implodes the aggregate of divergent fields. The dynamic movement of space-time motored by intense subjectivities as its core, as matters traversing through double proton slits. Rather than a venn diagram of fixed co-relations, its various projects and instances take shifts of consciousness as a necessary course. Follow- downs instead of follow-ups. Over-throughs instead of follow-throughs. Not elaboration, but a tear from any notion of spatio-temporality, but most importantly exceeding our commitments to living and to each other.
More Than Lovers, More Than Friends envelopes newly formed convolutions, as opposed to collaboration. Convolution as in the mathematical operation in which the combination of two sets of numbers produce a third dimensionality. As in music programming, in which the spectral profile of one sound can be put in the amplitude envelope of another. Two disparate forms produce a third intertextual entity. Those who have accepted this proposition must be willing to receive and produce knowledge for themselves, and sublimate the possibility of transmission from the experience. To project into the future, at the risk of making the past completely unknown or changed, where the future could shape the past and its reception.
It is with this guiding spirit that More Than Lovers, More Than Friends will be corroborated: one steps into its vicinity so suddenly, that our human presence will pull the present apart. Empty rooms become passages. Labyrinthine passages and dark corners become rooms.
Where is refuge? The shift of consciousness from one space to another might seem abrupt,
sudden, from catatonic to cataclysm. Embedded within it is another exhibition, and perhaps yet another, as antibodies lurking in confrontation. Our minds did it.
More Than Lovers, More Than Friends culls from and facilitates activities and materials from what matters most to us, for now, and what might already be happening. The ongoing translationʼ essayprocess“Discoof TanasOperatingLin System” into French, a first for the
poet and writer, by Pierre Paulin and Maxime Boidy. Vivian Sky Rehberg clamors after the ineffability of scent ʼas an everyday structure, sutured to Jason Hendrik Hansma engagement with the volume of disappearance. A somatic anticipation hovers around trio Elaine Cameron-Weir, Carlos Reyes, and Ben Schumacher, whose materials regulate speed and weight, as air currents rush through and give forms. Sonja Engelhardt and Thom Kubli tackle the phenomenon of convolution between sculpture and sound, and the space between and within space, as generated algorithms.
An unstable Ikea stool is Kasper Bosmans ʼsandperipateticM rthe Rammartifact,Fortun
gussied up during illicit painting sessions in hotel rooms. Li Jinghu has encouraged for the past couple of years non-artists to engage in artmaking, as a way to rethink subjectivities, artistic ownership and friendship. He sees something in them: director of Dongguan Culture Bureau Huang Xiaoli, former mobster Li Yueyang, and art professionals Zhang Xiyuan and Yang Zi. Andrew Dorsey, an American butcher who works as a chef at The Beast, the Texan smokehouse in Paris, formerlyʼs of Maison Plisson, the Parisian delicatessen, and Brooklyn Marlow & Daughters, will do nothing more than live his life, as is.
A program of film endings plays in the setting of a waiting room. Film spoilers are litmus tests of our subjectivity, our social being, and our attitude towards things. In this protracted or prolonged moment, consciousness shifts as we approach the end of our complicity, prompting a contradictory feeling where the mood and what we are seeing no longer match. The film is a delirium. It goes on without us. Back in our lives, we feel ourselves watching ourselves. Going at it, again, as more than lovers and more than friends.