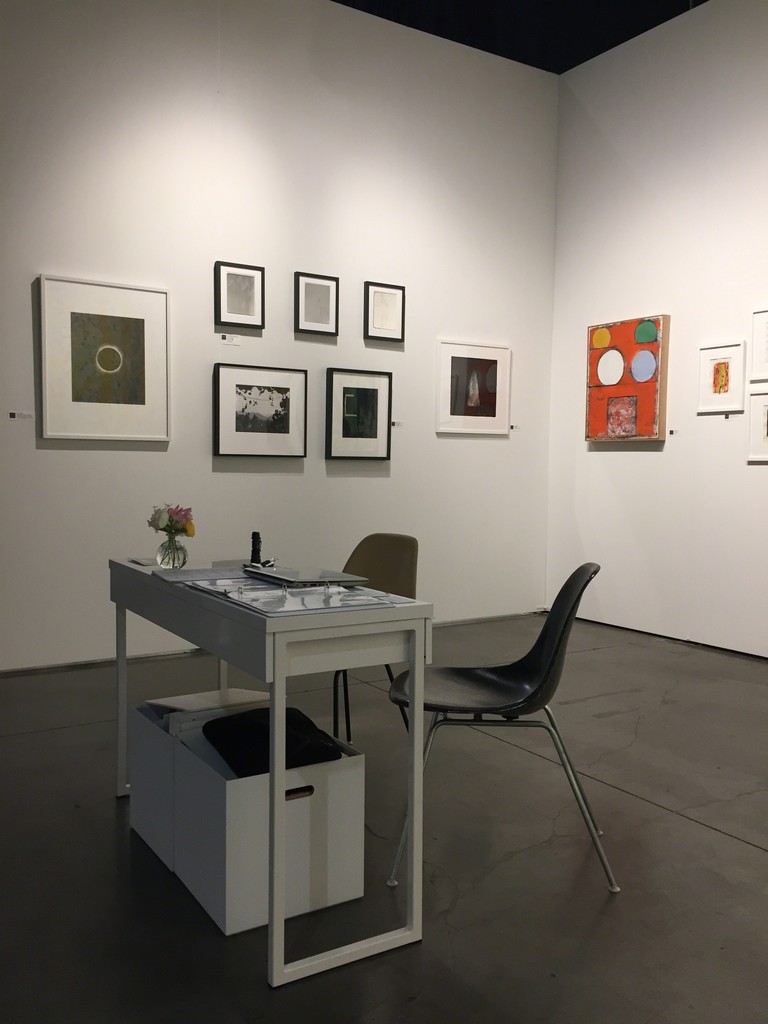 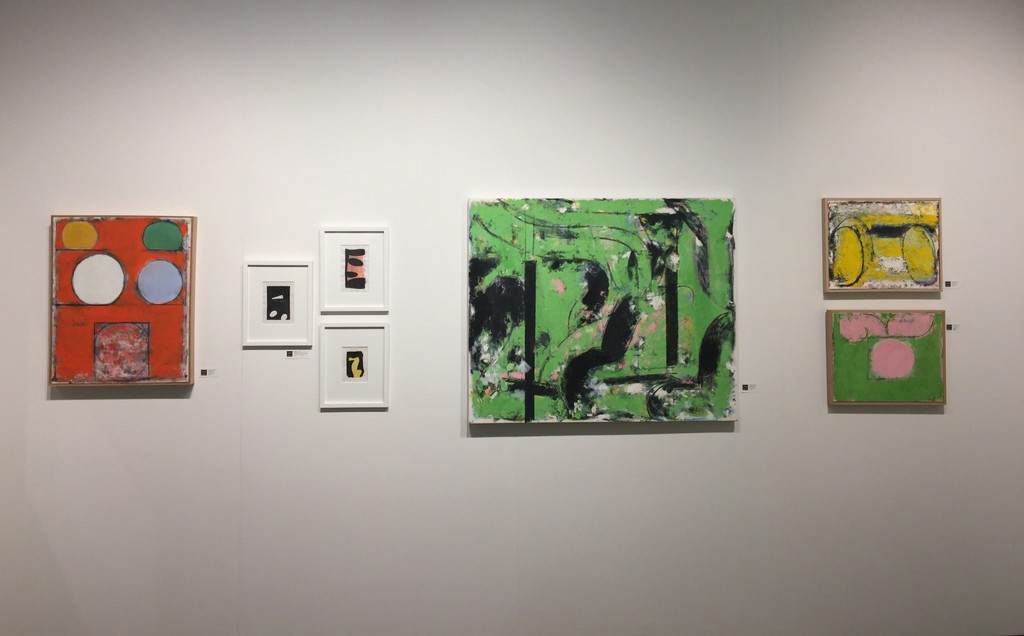 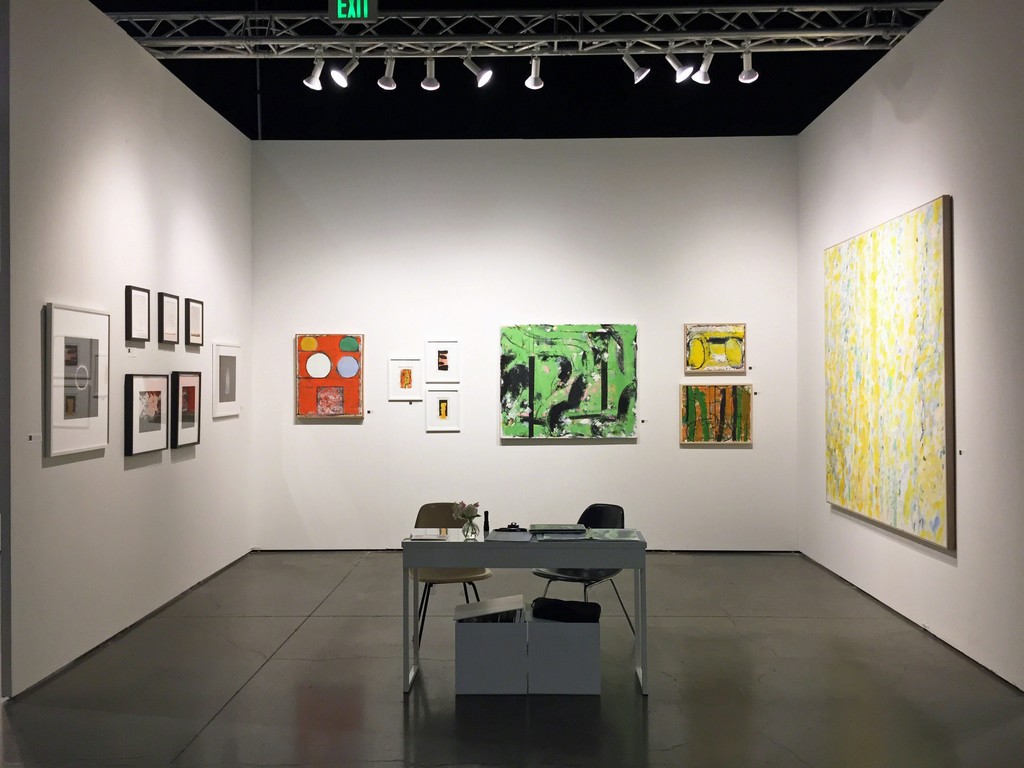 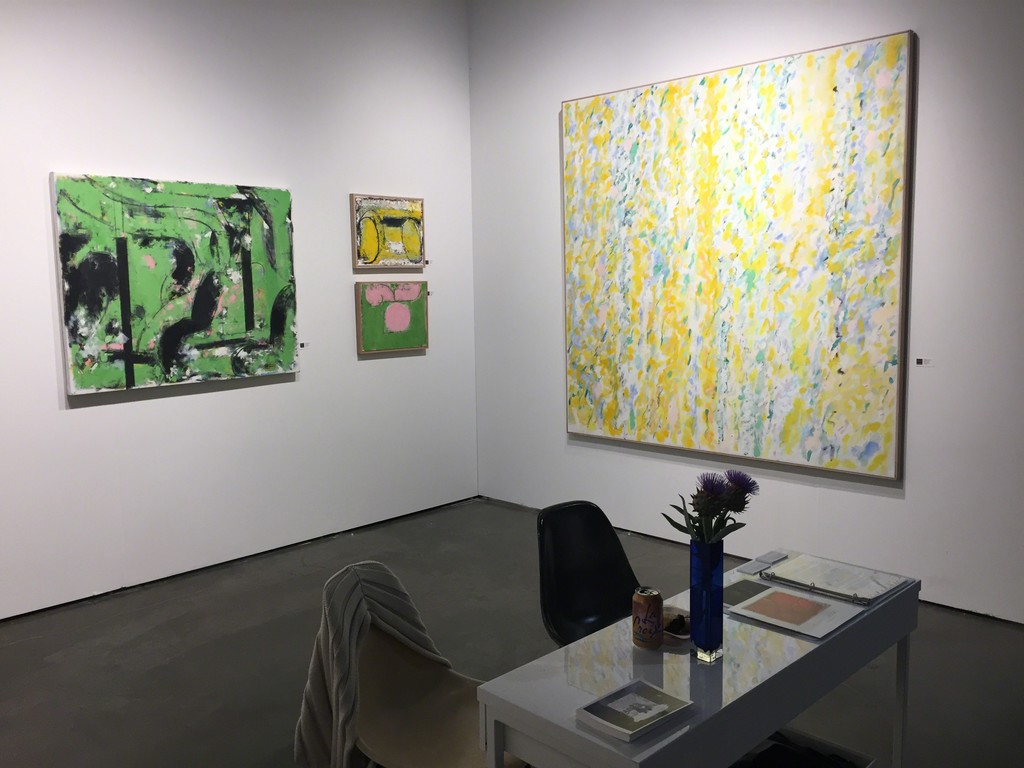 This year, our third at the Seattle Art Fair, we feature a selection of paintings and drawings by Seattle artist Robert C. Jones (b. 1930). This remarkable painter and retired UW professor is into his eighties and continues his daily studio practice in West Seattle, where he lives and works with his wife and fellow artist Fay Jones.

Robert C. Jones attended RISD in the 1950's (BFA, MS) and studied under the abstract expressionist Hans Hoffman during the summer of 1952. It was at this point in his career when his focus shifted from realism to abstraction. After receiving his BFA from RISD, Jones served in the army from 1953-56. Returning to Providence RI, Jones finished up his graduate work, married fellow artist, Fay Jones, and started a family. In 1960, Robert was offered a teaching position at the University of Washington School of Art, where he continued to work until he retired in 1995.

“Society pressures artists to camouflage the good time they are having. I come to my studio to paint for the sheer fun of it, for the sheer pleasure of trying to come up with something I’ve never seen before. And if I screw up, I don’t screw up the universe or anyone else’s life. There’s a possibility for freedom in art that doesn’t exist anywhere else in the world, and I love it” - Robert C. Jones

Keeping with our commitment to contemporary photography, our booth will also feature modern daguerreotypes by northwest duo Eirik Johnson and Daniel Carrillo, solar eclipse photographs from the Lick Observatory Archive by Linda Connor, and from our consigned inventory, abstract photographs by Aaron Siskind.