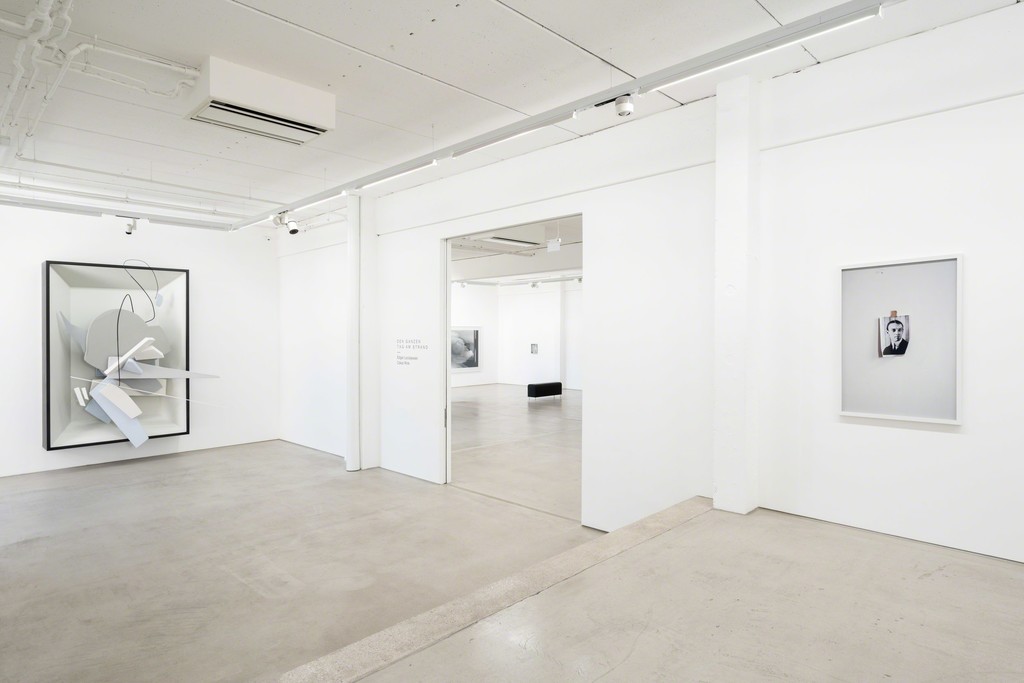 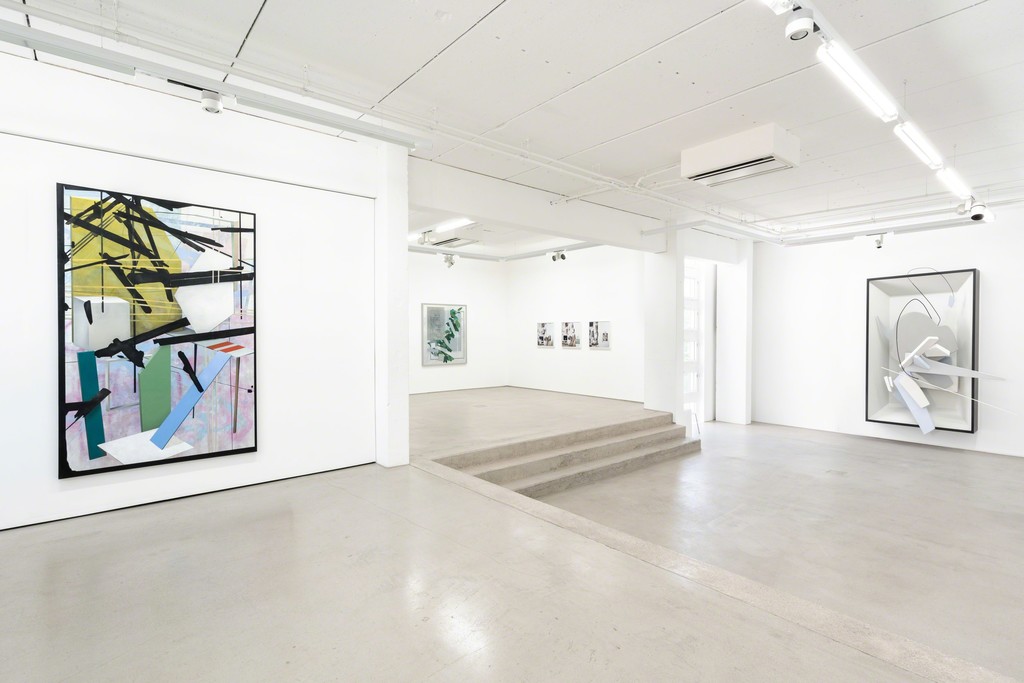 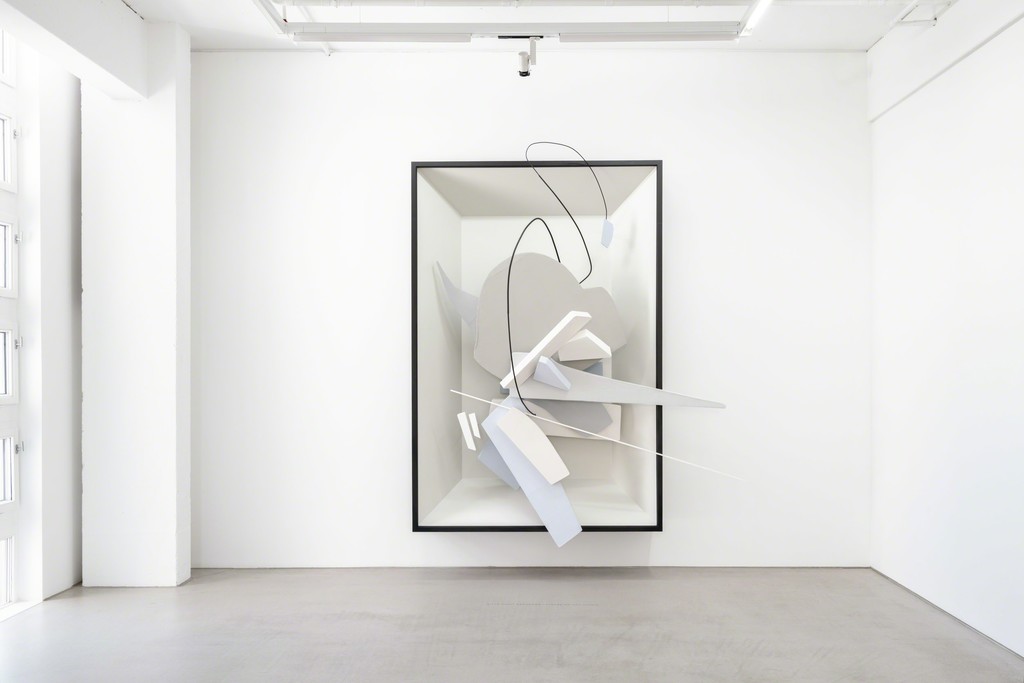 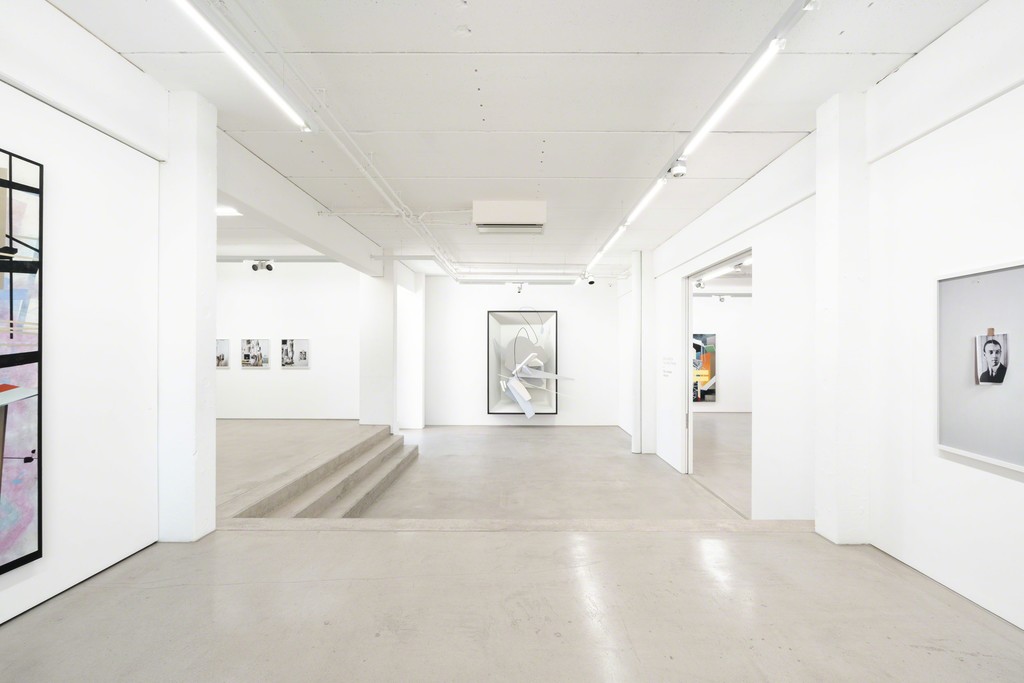 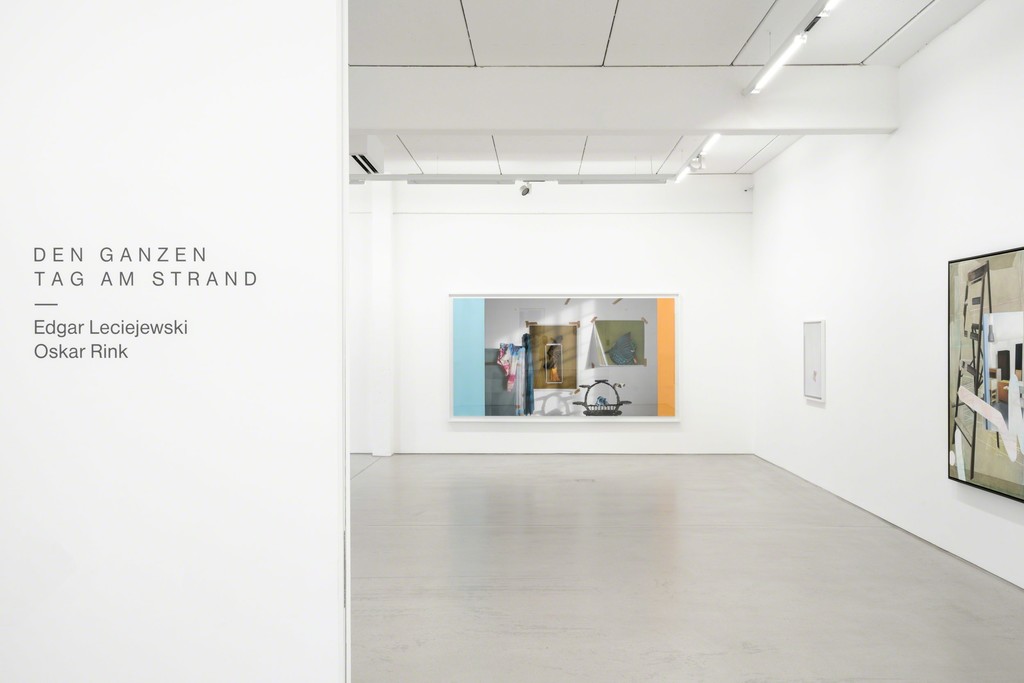 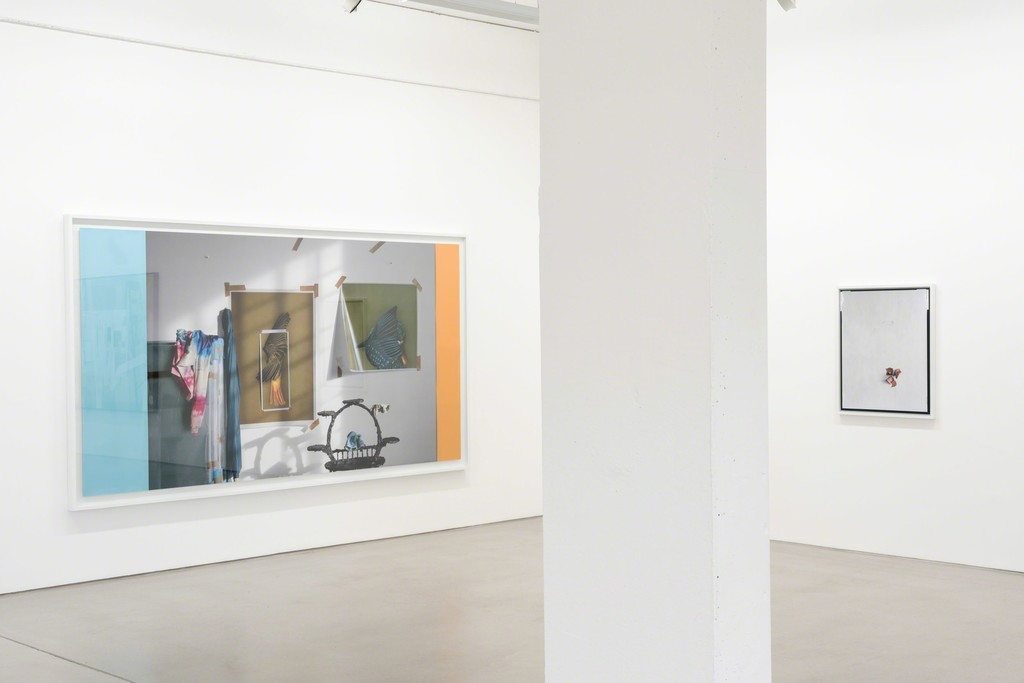 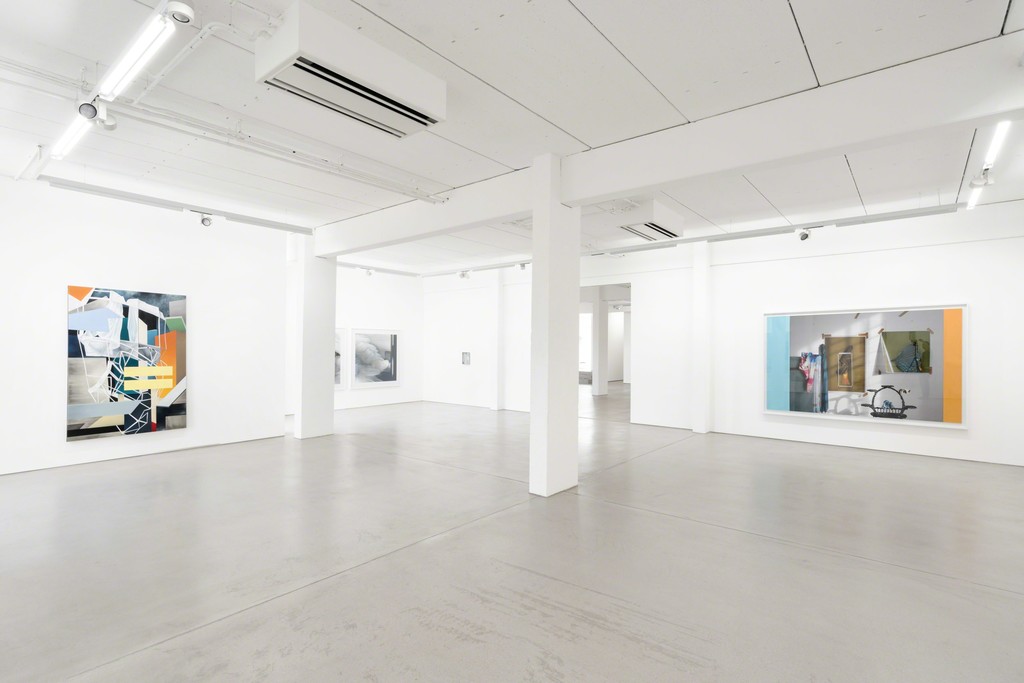 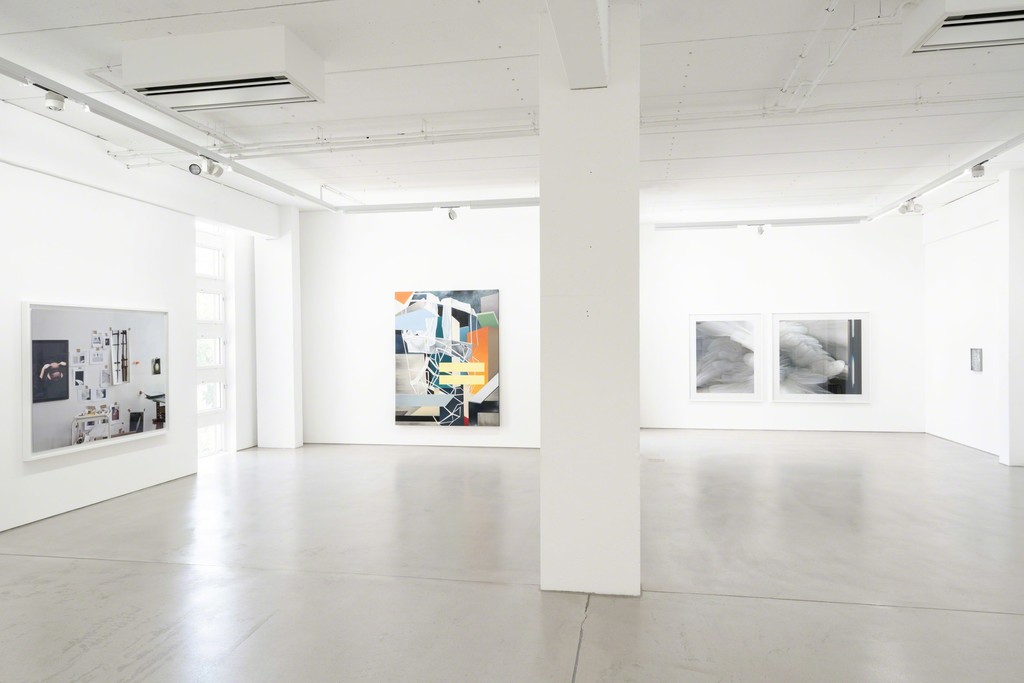 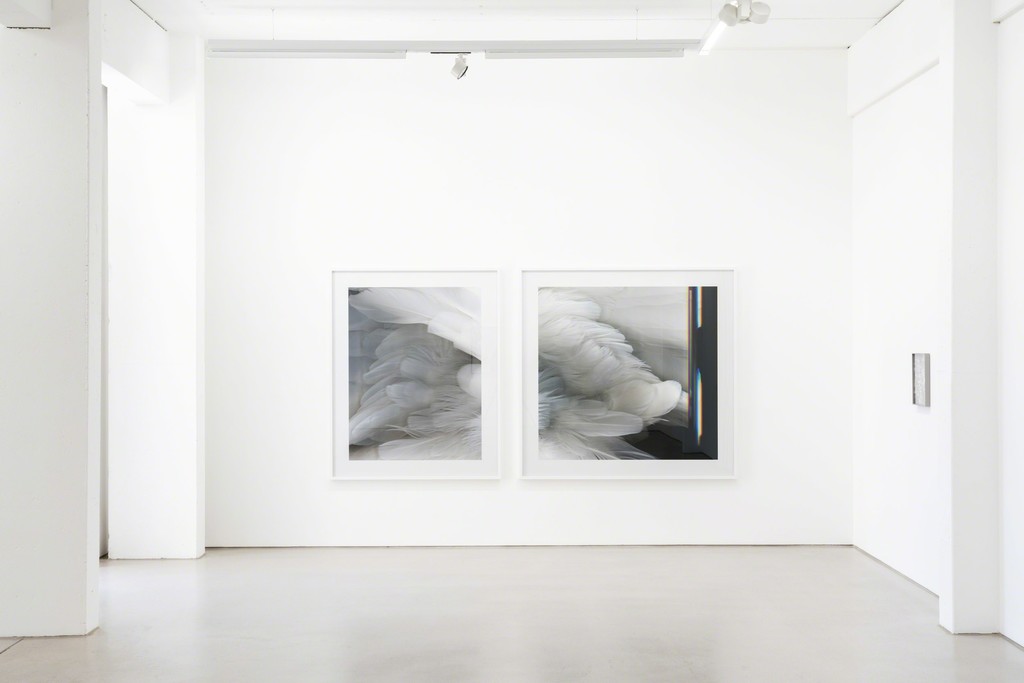 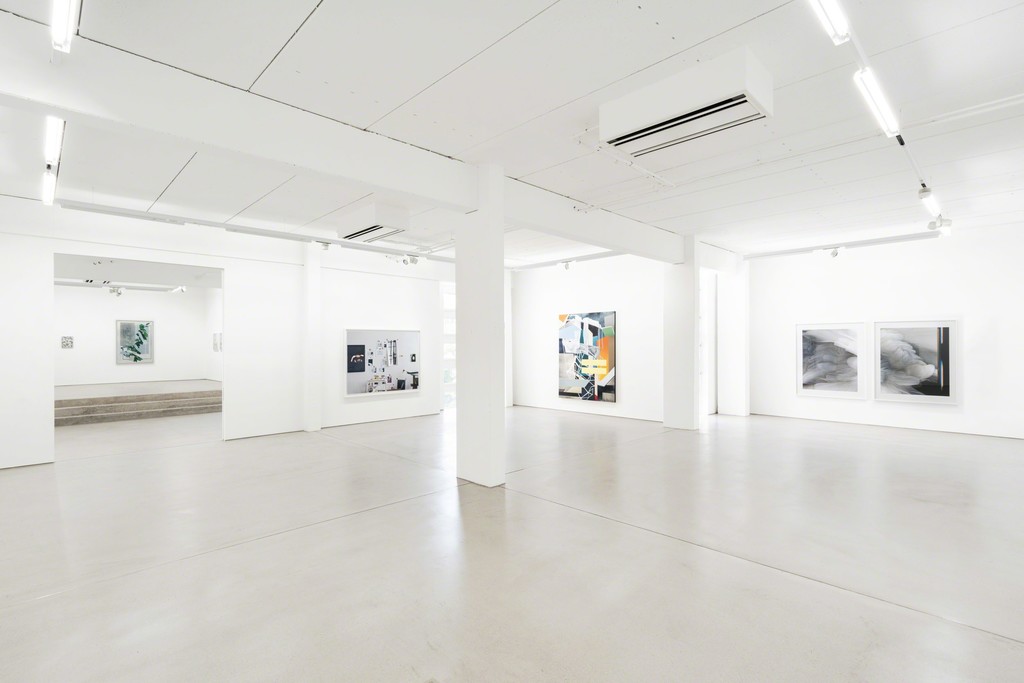 Gathering works by Edgar Leciejewski and Oskar Rink, the exhibition turns the spotlight on the atelier as a site of creative production and on how artists work in their studios. The show’s title – Den ganzen Tag am Strand (transl.: All day at the beach) – alludes to the notion that to be an artist is to be unproductive. With pictures from Rink’s and Leciejewski’s studios, the exhibition prompts a discussion of the myth of the atelier.

In the 1960s, Guy Debord and the artists of the Situationist International circle praised idleness as a source of creative energy. Since then, the studio has emerged as a scene where conventional views about utility and economic efficiency have no purchase. First sounded decades ago, the call for artists to refuse to play along with a system of values shaped by capitalism that prizes employment and human productivity still represents a radical creative alternative, although or perhaps precisely because the strategies that were devised to put it into practice have proven utopian. In this light, the idea of creative freedom is bound up with questions concerning methods of economic production and the artist’s ambitions and aspirations.

Edgar Leciejewski (b. Berlin, 1977) presents documentary photographs taken in his studio since 2008 that capture situations in his workplace. The beholder spots photographs by the artist taped to the walls, found images, notes, newspaper clippings, as well as tools and materials, office supplies and, now and then, furniture and equipment, fabrics, wrapped frames, and curious objects. The real-size pictures are so vivid as to make the objects seem almost tangible. Shot so the pictorial plane is neatly parallel with the wall, the photographs become a fluid membrane through which the depictions materialize. At the same time, Leciejewski’s sometimes fragmentary pictures engender a sense of chilly reserve; the viewer is held at a distance from the room they depict. In this way, the artist’s Wall Pictures not only capture the various stages of his work on and with the photographic image, they also let him reflect on his creative approach and the genesis of his pictures: a framework for a delayed yet sustained meditation on his art.

If Leciejewski’s photographs of his studio are delicate mementos, they are also a kind of self-portraiture: the atelier is the artist’s mental anchor in space and time, a domain walled off from the outside world where he is free to realize his ideas and feelings and that lends stability to his creative practice. For many artists, the studio is no longer merely a workshop and place of business, it is a special space where our society’s conceptions of efficiency and productivity are suspended to make inspiration possible. The freedom to be idle, to ponder and try things out, to experiment and engross oneself in something without knowing where it will lead is vital to the genesis of works of art and a prerequisite for creative processes. The atelier is where even empty time, play, and boredom define themselves as artistic work.

For the artist Oskar Rink (b. Leipzig, 1980), her studio would seem to be a free-trade zone of sorts in which putatively incontestable rules and the formative influences of family are put to the test. The artist’s own identity is a particular concern for her: the choice of a male first name implying a premeditated imaginary crossing of the boundary between the sexes ultimately also grows out of her desire for a multiple artistic individuality and the greater freedom and autonomy it brings.

Rink’s atelier, unlike the studio where Leciejewski creates his photographs, is a scene of controlled anarchy. The presence of chaotic states arouses the urge in her to impose structure and order. Allowing herself to be surprised by what she finds amid the jumble and in the corners of her studio is accordingly a vital source of inspiration for her abstract compositions. She often begins with small constructions, models or scaffolds she crafts out of paper; these are already a first step toward finding and regulating a system, to be adapted and elaborated later on in installations, drawings, and paintings. In Rink’s most recent work, her earlier focus on abstract forms and lines is complemented by a growing interest in bodies and volumes, yielding a conjunction of nonrepresentational elements with stage-like situations. Also palpable is her keen interest in technically diverse experimental forms of expression: the artist’s paintings and works on paper, in particular, combine linear construction with the principles of collage, painterly surfaces with erasures and elliptical passages that suggest the use of Photoshop. Chaos, in Rink’s work, is woven into a tangled system that has its own intrinsic logic and clarity.

Although Rink’s and Leciejewski’s artistic practices could hardly be more different, they have been close friends for many years. The fact that they are in some ways polar opposites is a source of productive tensions that articulate themselves in their shared experimentation with space, time, perspective, and materiality.