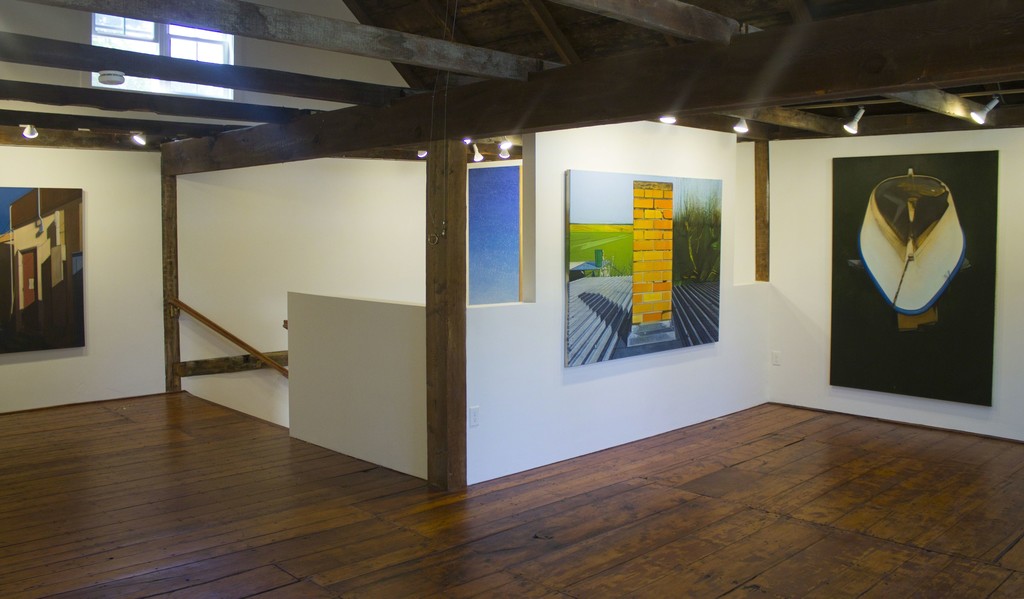 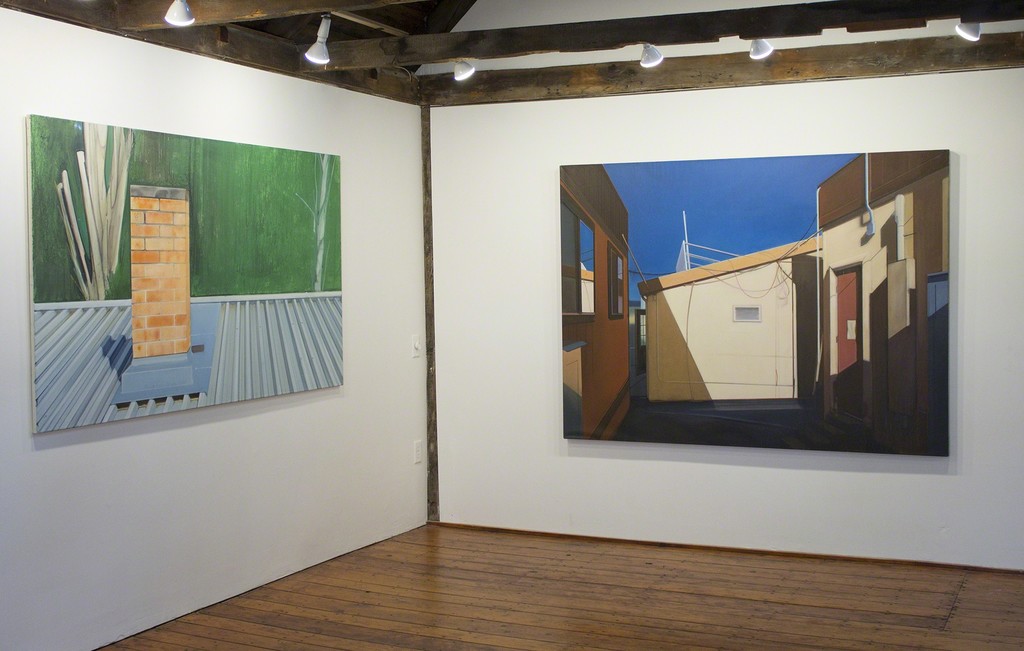 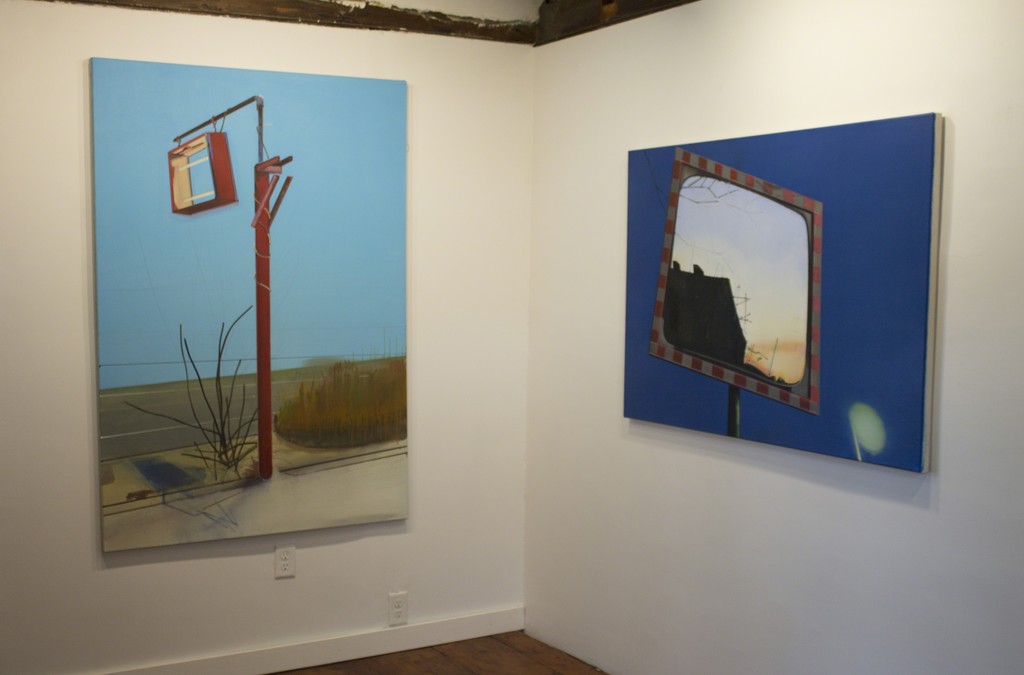 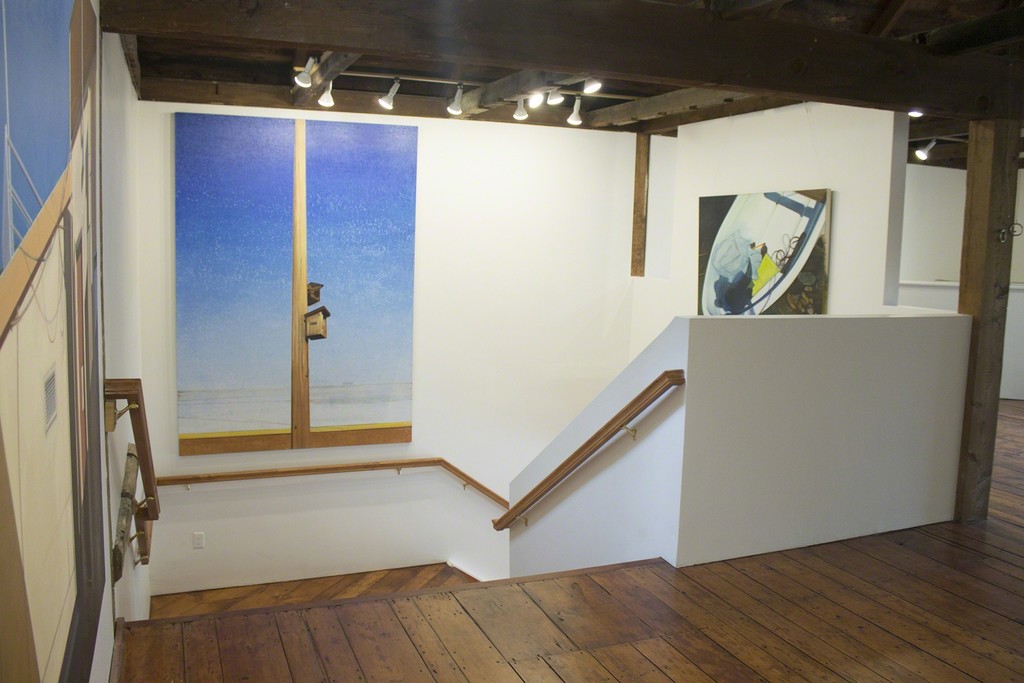 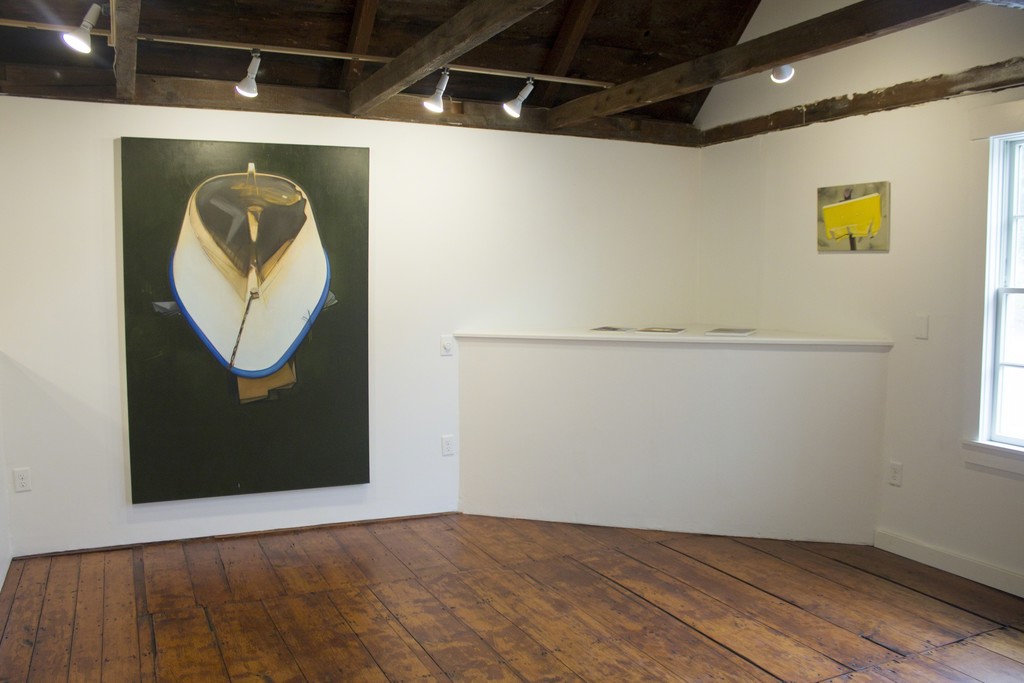 “I am at war with the obvious”, William Egleston

Thoralf Knobloch is a painter of the silent world. Knobloch finds his subjects in the banal and uneventful. With his work the artist restores the dignity of these under-valued and seemingly uneventful, silent extracts of our visible world.

The objective in his work, as he describes is “to look beside or behind”, to re-frame images so as to look more closely. His images are void of a specific time and space. Only rarely people in movement are shown in his paintings, like film stills of a fictional narration that observers can develop for themselves. These silent motifs are rid of time and space and invite the eye to linger.

In May 2009 Knobloch traveled together with an artist friend through the United States for several weeks. Their path led them from New York City over Mississippi and Texas, Utah, Nevada and Arizona to San Francisco. In his vast sand and dune landscapes he finds contrasting elements of instability and firmness, but he also recognizes the phenomenon of timelessness in them. The works in this exhibition were created during this period and represent Knobloch’s response to the American landscape. Additionally works in the exhibition are based of images from Dresden, Berlin, Spreewald and Schwielochsee, areas in which the artist has lived and worked.

Photography is implemented by Knobloch as a memo of recollection and the starting point for selecting images for his paintings. Similar to Gerhard Richter, Peter Doig, David Hockney or Luc Tuymans, Knobloch exploits his photographic resources in all directions. Choosing from hundreds of images within the artist’s personal archive, he then takes one image to be disassembled and manipulated to create collages and sketches to be later made into larger paintings. His works become a hybrid between photography and painting. In his process of painting he transfers the rather artificial chromacity of photography into a new pictorial truth, a constant change of language between photography and painting. In this the observer is offered this new concentrated reality as a silent refugee of the distraction and the noise of the daily overflow information.
Thoralf Knobloch (born in Bautzen, Germany in 1962) is a contemporary painter based in Berlin, Germany. He completed his studies at the Hochschule für Bildende Künste Dresden in 1994 under Prof. Ralf Kerbach. In 2003 Knobloch received the Vattenfall Europe art award. In 2005 he among others represented Germany at the Prague Biennale. Knobloch is represented by Galerie Gebr. Lehmann, Dresden/Berlin, and Wilkinson Gallery, London.