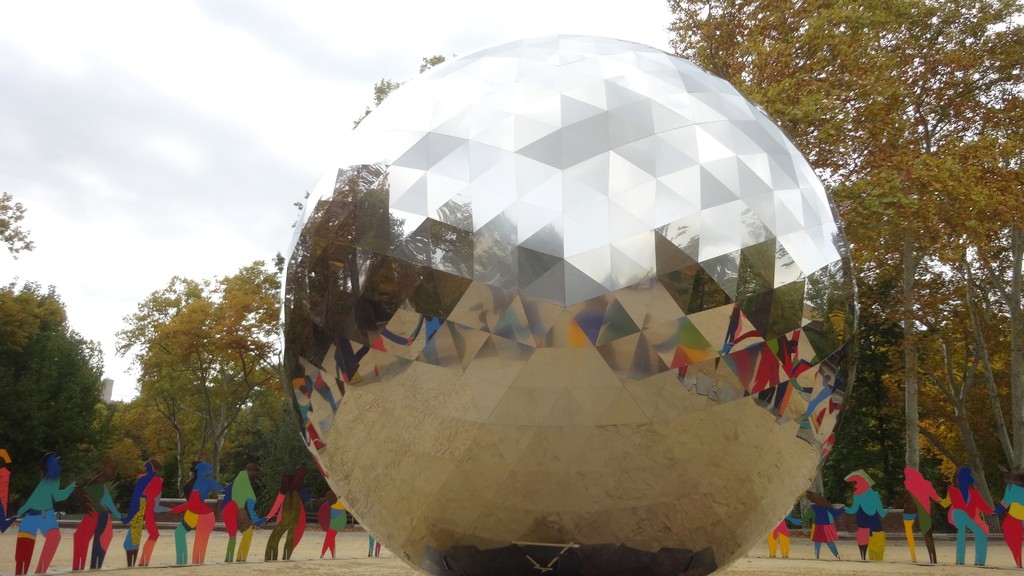 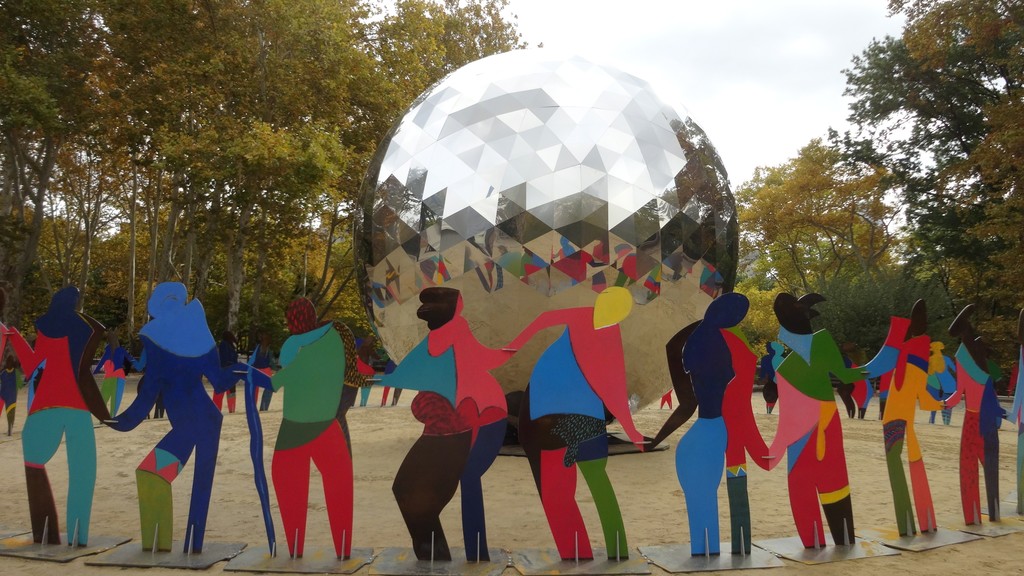 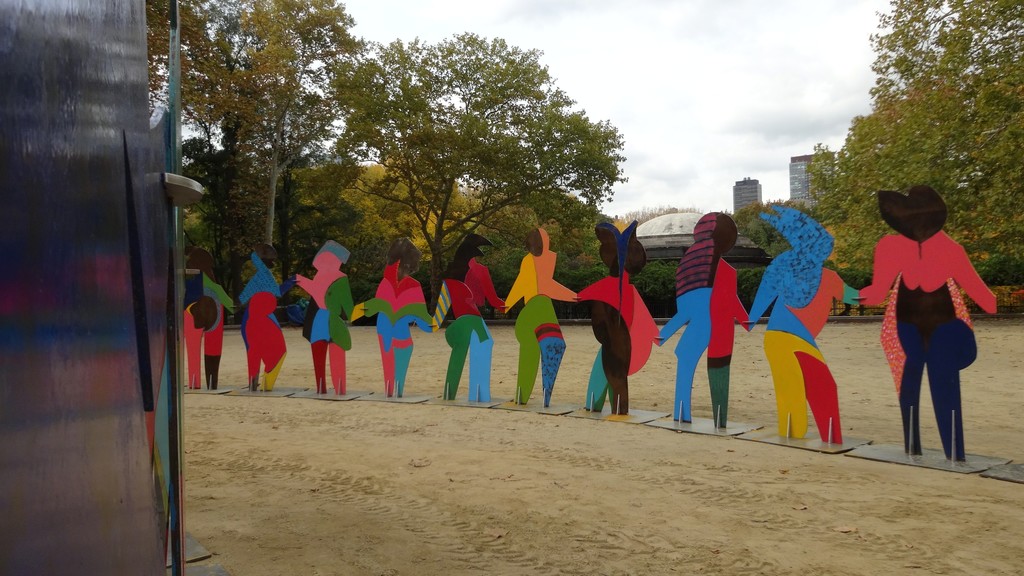 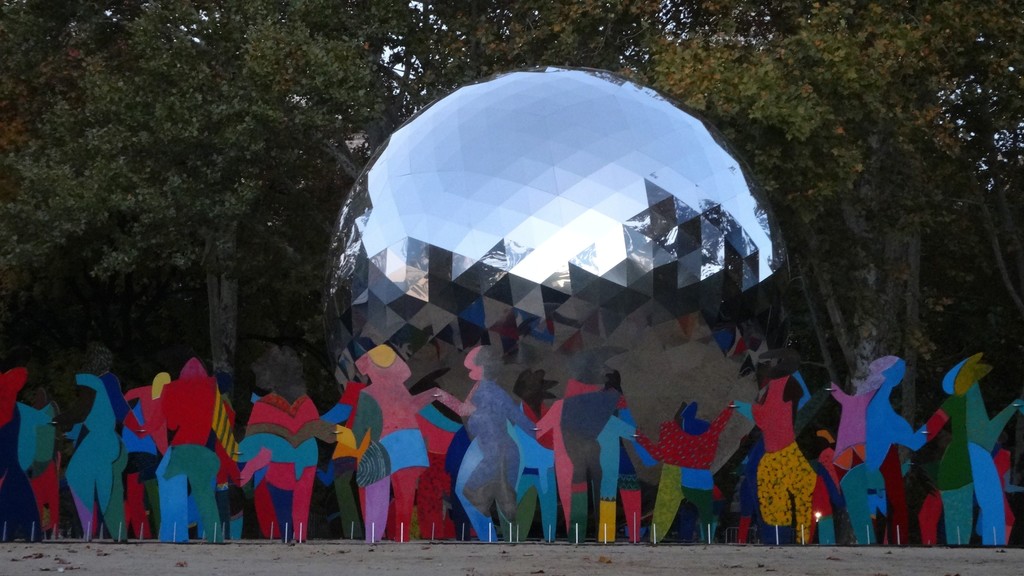 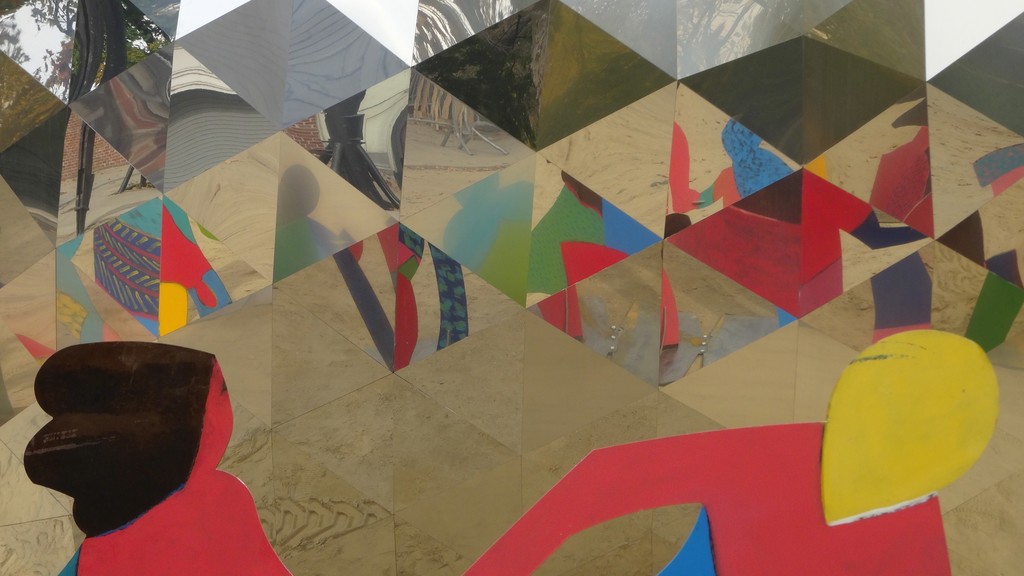 Enlightened Universe will be unveiled by

Universe, an art installation to celebrate the 70th anniversary of the United Nations. The

by a spiral of 70 figures, one for each year that the UN has been in existence. The sphere

symbolizes perfection and is a tribute to Mother Earth. It is a repository of life,

representing eternal motion and a connected world. The figures around the sphere join

hands to represent solidarity, honoring the values that the UN’s stands for—freedom,

equality, solidarity, tolerance, respect for nature, education, culture—values that are

necessary for all living things to coexist on Earth.

millimeters in diameter, a scaled down model of the Earth, which measures 6,371

kilometers (3,959 miles) in radius. The figures are life-size, measuring up to 2 meters

(6’5’’ in) in height, and represent all ages, genders, cultures and ethnicities. The spiral

passageway formed by the figures leads to the “sphere of light.” The installation is

interactive; visitors may walk through this passageway, posing with the figures and

holding hands with the chain, until they get to the sphere in the center where they can

see images that highlight the achievements and values of the UN.

Valladolid before pursuing his career in France and Italy. Currently residing in Spain and

the United States, Gabarrón centers his work on the idea of individual human life, and

the coexistence and development of human values. Throughout his 50-year career,

for the Barcelona Olympic Games (1992), the Encounter Mural for the Universal

Exhibition of Seville (1992), the sculptural project Atlanta Start (1996), and the Official

cultural institutions like the Chelsea Art Museum, the IVAM (Valencia Institute of

Modern Art), the Museum of Modern Art in Gdansk, Poland, and the Oscar Niemeyer

in the country. He is currently exhibiting his work at the Today Art Museum of Beijing

and the Guangdong Museum of Art.