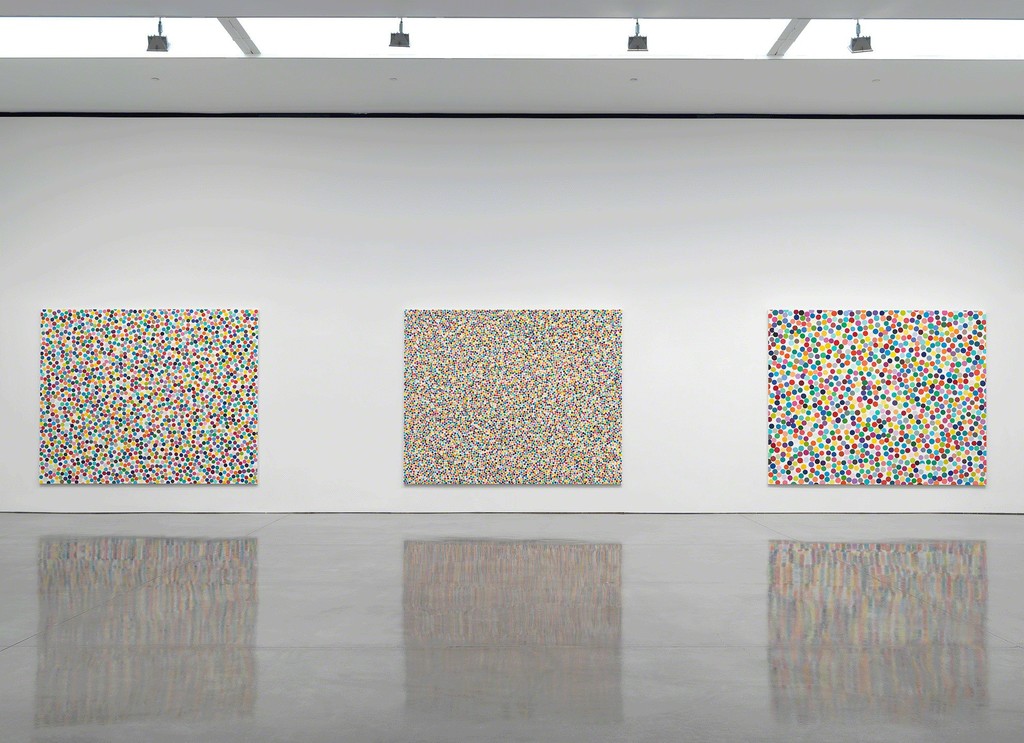 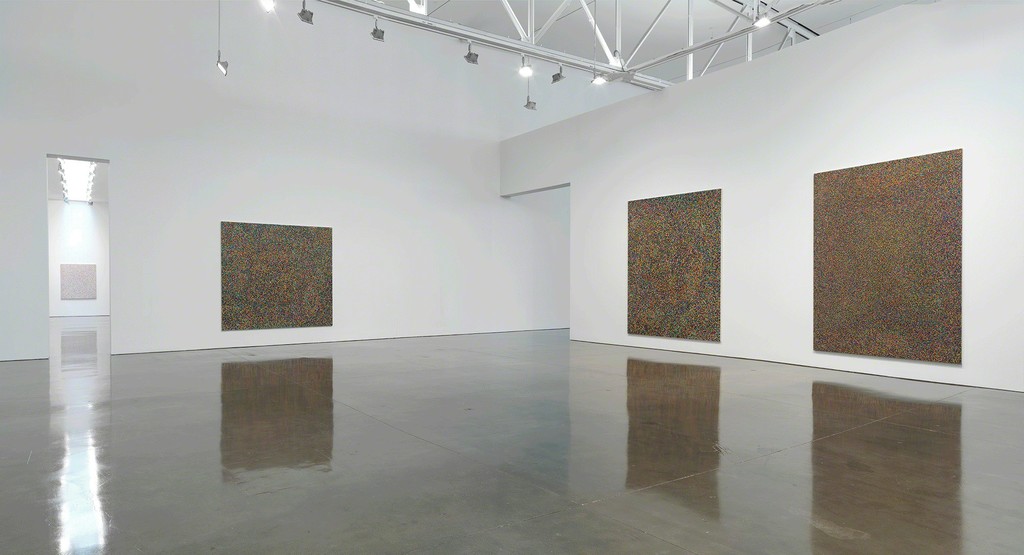 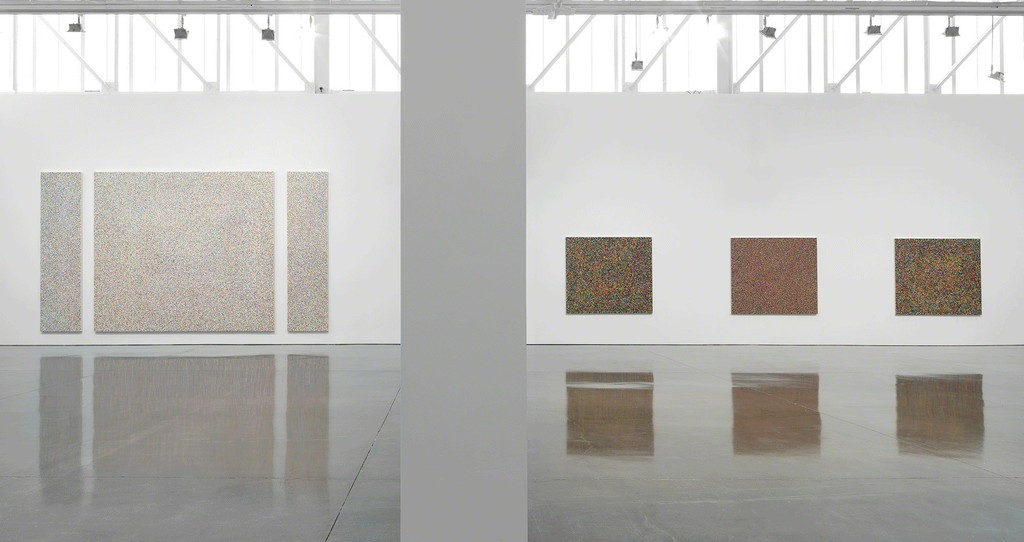 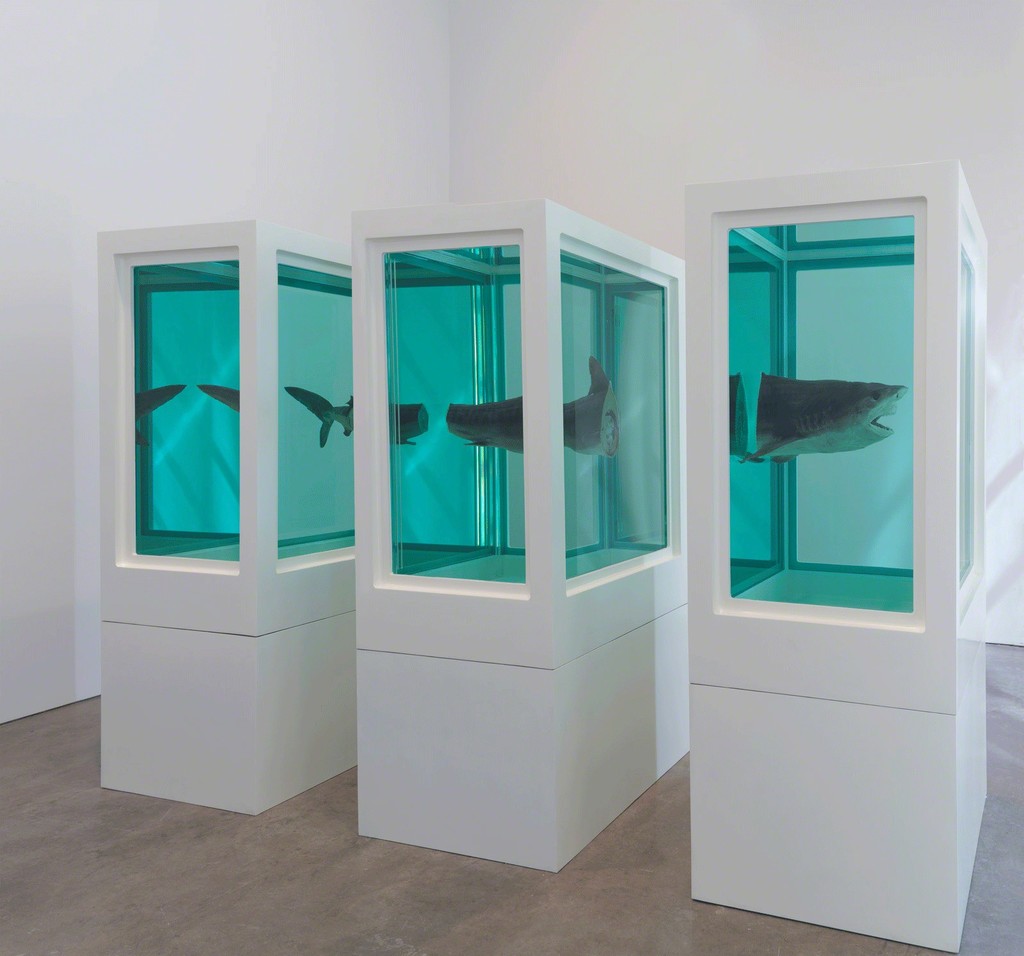 I originally wanted the Spots to look like they were painted by a human trying to paint like a machine. Colour Space is going back to the human element, so instead you have the fallibility of the human hand in the drips and inconsistencies. There are still no two exact colors that repeat in each painting, which is really important to me. I think of them as cells under a microscope.
—Damien Hirst

Gagosian is pleased to present Damien Hirst’s Colour Space Paintings, the first exhibition of the series in the United States, following their presentation earlier this year at Houghton Hall in England.

Evolving from the iconic Spot Paintings, which are among Hirst’s most recognized works, the Colour Space Paintings revisit the free and spontaneous nature of his first two spot paintings from 1986, exactly thirty years later. As Hirst recalls, “My first ever Spot Painting was loose and painted with drippy paint and not minimal at all. In that painting, I was wrestling with what I originally thought of as the coldness of Minimalism and the more emotional Abstract Expressionist painting style I’d grown up with. At the time I painted it, it felt uncool and I abandoned it immediately for the rigidity of the grid, removing the mess, but after doing the Spot catalogue raisonné I’ve felt really drawn to that first painting and knew I’d revisit it eventually.”

While the Spot Paintings were originally conceived as an endless series, the Colour Space Paintings are a finite body of work, commenced and completed in 2016. The latter adhere to some of the formal rules established for the Spot Paintings: no single color is ever repeated in a painting, and the dot size—ranging from one quarter of an inch to four inches in diameter—is consistent within each work. However, without the logic of the grid and the symmetry of the perfect circle, the Colour Space Paintings appear looser, more stochastic, and more open to incident than the Spot Paintings. Here, Hirst’s imperfect discs overlap and jostle in a riot of color, like so many particles under a microscope.

Colour Space directly follows Hirst’s exhibition of The Veil Paintings at Gagosian Beverly Hills, which opened in March. In the Veil Paintings, Hirst revisited his Visual Candy series of the early nineties, in which vivid colors overlap in loose ovals of thick impasto or pointillist-style dots. The Colour Space Paintings similarly reveal the interplay in his approach between the systematic and the painterly, the rational and the expressive.