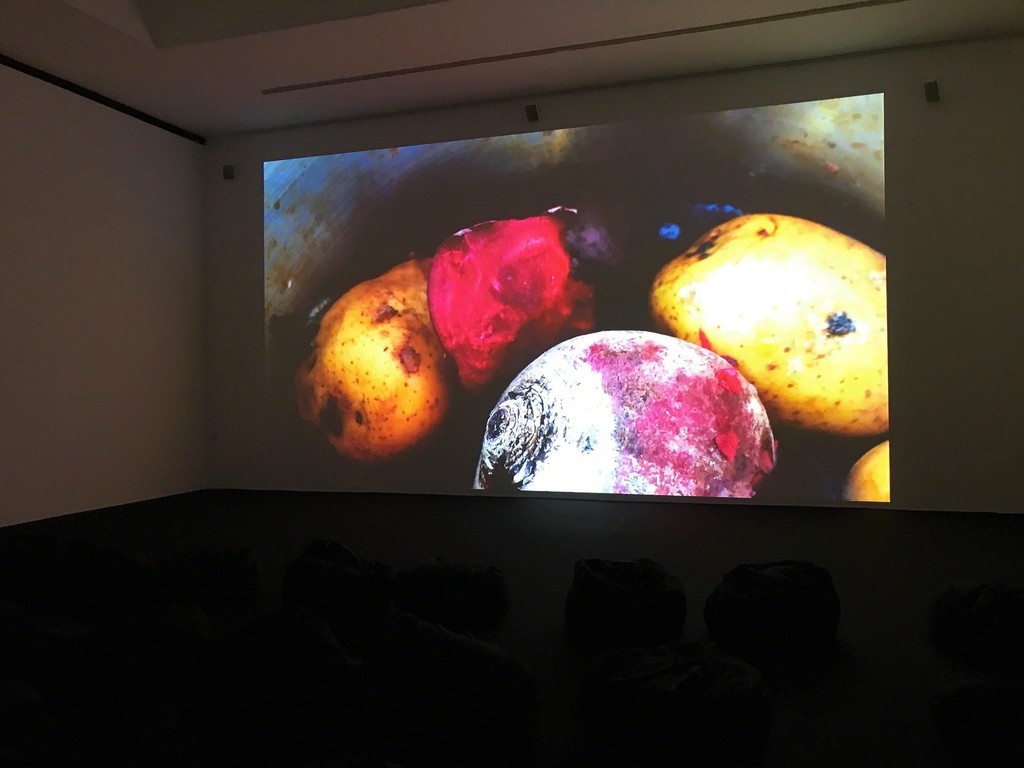 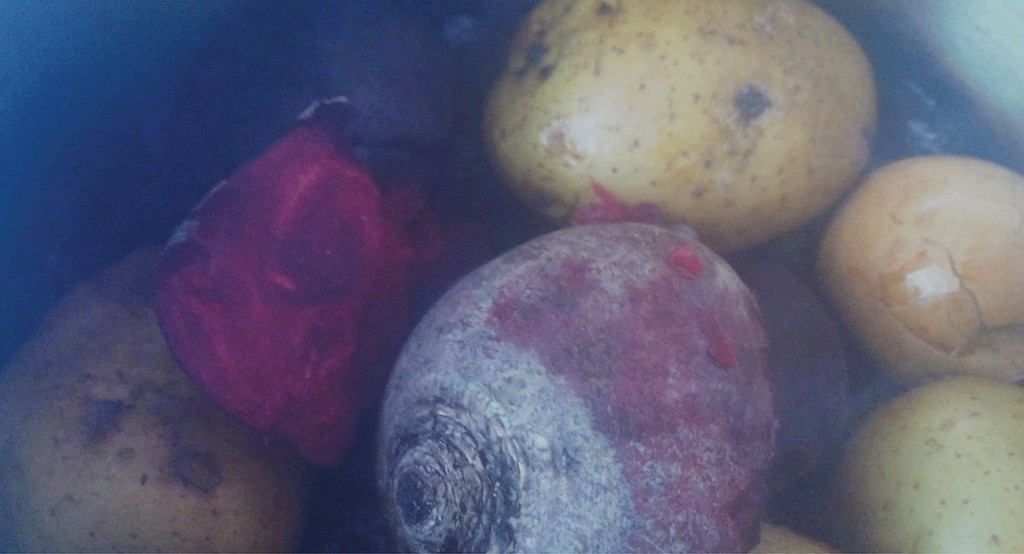 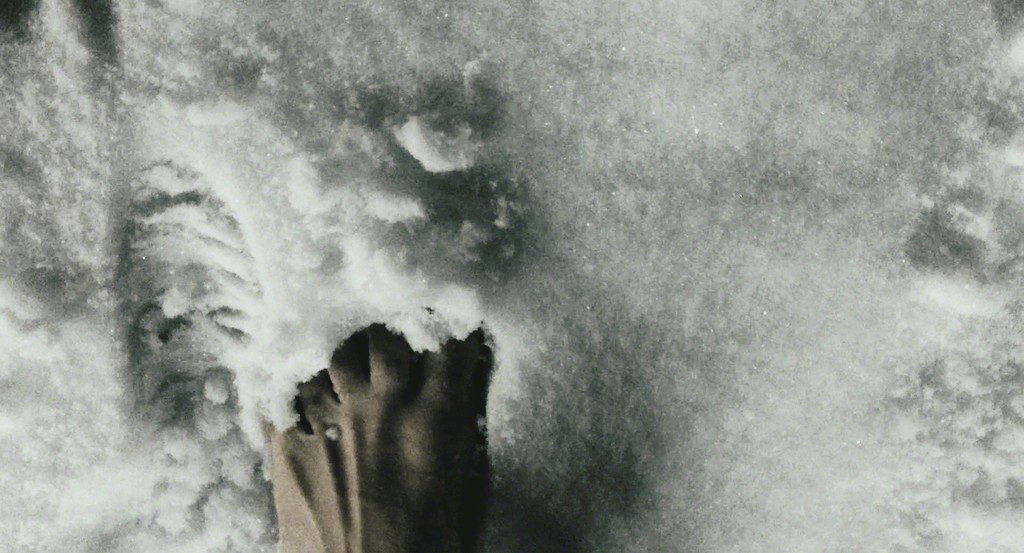 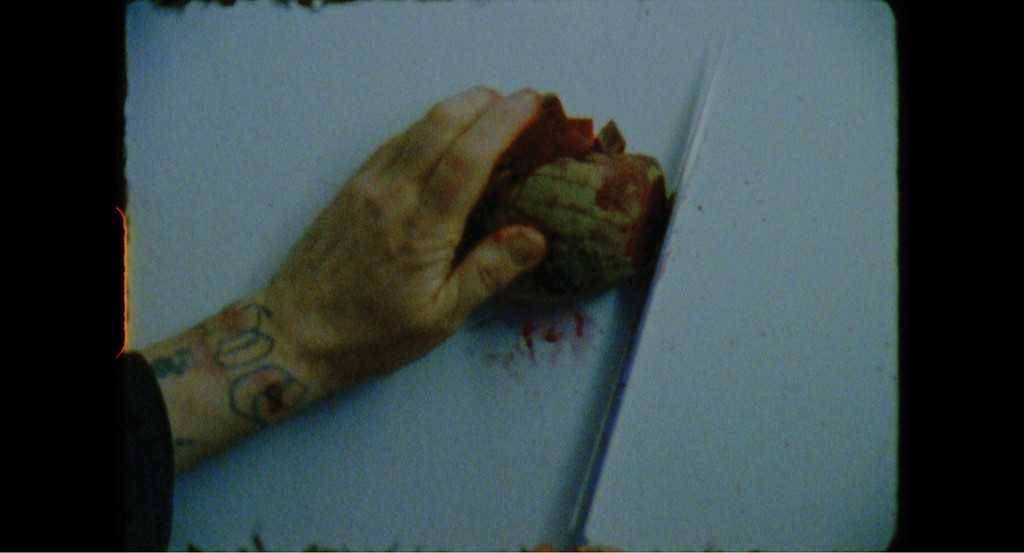 I had nowhere to go: Portrait of a displaced person at Art Basel Unlimited
Stand U28

Long before I met Douglas, I met his films and they were exciting. I like them because they are so different from what I or anyone else is doing. His films open a totally new, invisible window full of visual excitement. And I like Douglas himself, because he’s always 200 percent himself, and is always unpredictable, like his films.
—Jonas Mekas

I had nowhere to go: Portrait of a displaced person (2016) will be featured at Art Basel Unlimited. The film is a portrait of Jonas Mekas, the legendary artist, filmmaker, poet, curator, and godfather of American avant-garde cinema. At ninety-five years old, Mekas is among the few remaining survivors of Nazi persecution.

Recently shown at documenta 14 in Athens and Kassel, as well as at numerous film festivals, Gordon’s film, which was produced in an edition of eleven, has been celebrated for its poignant materiality and its reflection on the narrative of history. It proceeds with one minute of real time per year of Mekas’s momentous life, from fleeing his native Lithuania, to his time in forced labor camps and a displaced persons center during the Second World War, to his eventual arrival in New York, and beyond. The viewer is plunged into collective and individual spaces of memory via long, imageless stretches over which Mekas narrates excerpts from his memoir. With an immersive sound environment, intermittent, fleeting images, and Mekas’s own anecdotes, I had nowhere to go reveals in its subject a puckish humor that outweighs despair, and a redemptive curiosity for life in the face of adversity.

The film was produced with the kind support of Luma Foundation.

While you might be looking at my Feature Film, you’re always conscious that this is music from another film . . . there’s an image in front of your eyes and an image inside your head. There’s maybe some kind of conflict between the two and that conflict is what I would call an interesting game to play.
—Douglas Gordon

Additionally, Gordon’s Feature Film (1998) will be screened during Vertighosts: Homages to Hitchcock’s Vertigo, as part of the Art Basel film program curated by Maxa Zoller. Hitchcock’s films have served as a recurring source material for Gordon’s investigations of the relationship between sound, text, and the moving image. Gordon’s 24 Hour Psycho Back and Forth and To and Fro (2008), recently exhibited at Gagosian in New York, slows the reel of Hitchcock’s original Psycho (1960) to a duration of twenty-four hours. Feature Film—which resides in the collections of the Centre Georges Pompidou, Paris; Kunstmuseum Wolfsburg, Germany; and Tate, London—shows cropped footage of the conductor James Conlon’s hands and face, as he conducts Bernard Herrmann’s celebrated musical score for Hitchcock’s Vertigo (1958). As the film plays, an eerie disjunction between the visceral sound of the music and the conductor’s gestures mounts. The score, which echoes the Liebestod from Richard Wagner’s 1859 opera Tristan und Isolde, opens with a sinister two-note falling arrangement: a musical echo of the foghorns on either side of San Francisco’s Golden Gate Bridge, evoking the moment, in Vertigo, when the character played by Kim Novak leaps into the bay.

To reserve tickets, contact [email protected] or visit the Film desk at the entrance of Hall 2.

Visit our Artsy page to preview Gordon’s work at Unlimited, and for an online-only presentation of his photographs and prints.

Gagosian will also present a selection of works at Art Basel 2018, at booth B11.

In 1996, Gordon was awarded the Turner Prize and the Kunstpreis Niedersachsen. He won the Premio 2000 at the 47th Biennale di Venezia, Venice, Italy (1997); the Hugo Boss Prize at the Guggenheim Museum SoHo, New York (1998); the Roswitha Haftmann Prize, awarded by the Kunsthaus Zürich (2008); and the Käthe Kollwitz Prize, awarded by the Akademie der Künste, Berlin (2012). In 2012, Gordon became a Commandeur dans l’ordre des Arts et des Lettres, awarded the title by the French Cultural Minister in Berlin on behalf of the French Republic. In 2008 Gordon was Juror at the 65th Venice International Film Festival, Italy, and in 2012 he was the Jury President of Cinema XXI at the 7th Rome Film Festival.

Gordon has been commissioned to produce an original public artwork for the new Crossrail station at Tottenham Court Road, London, opening in December 2018.