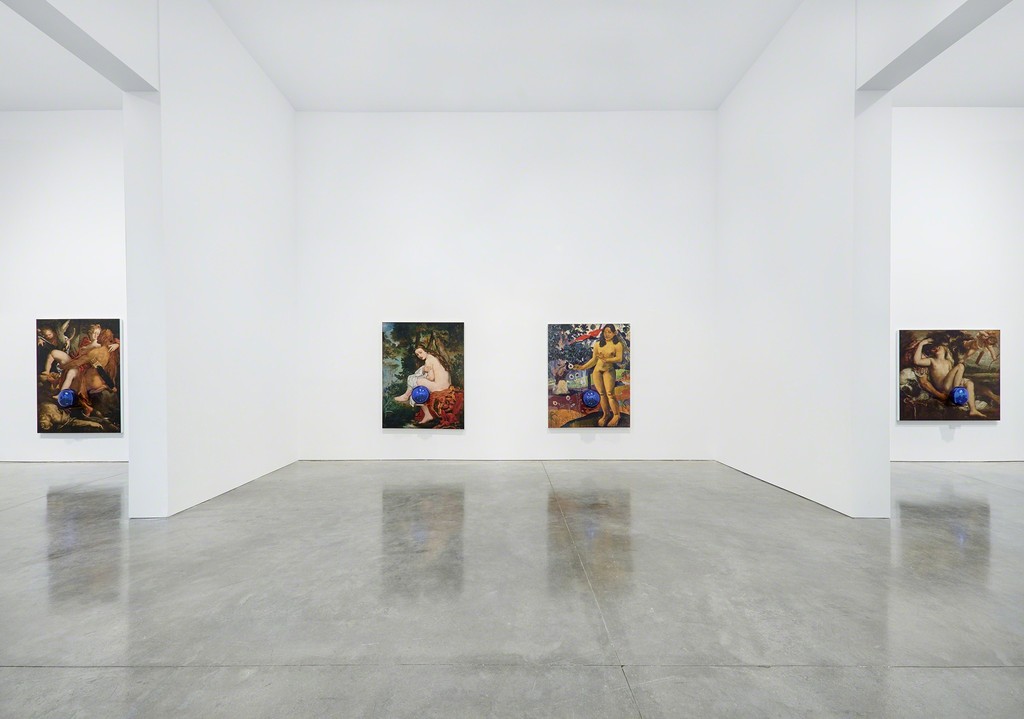 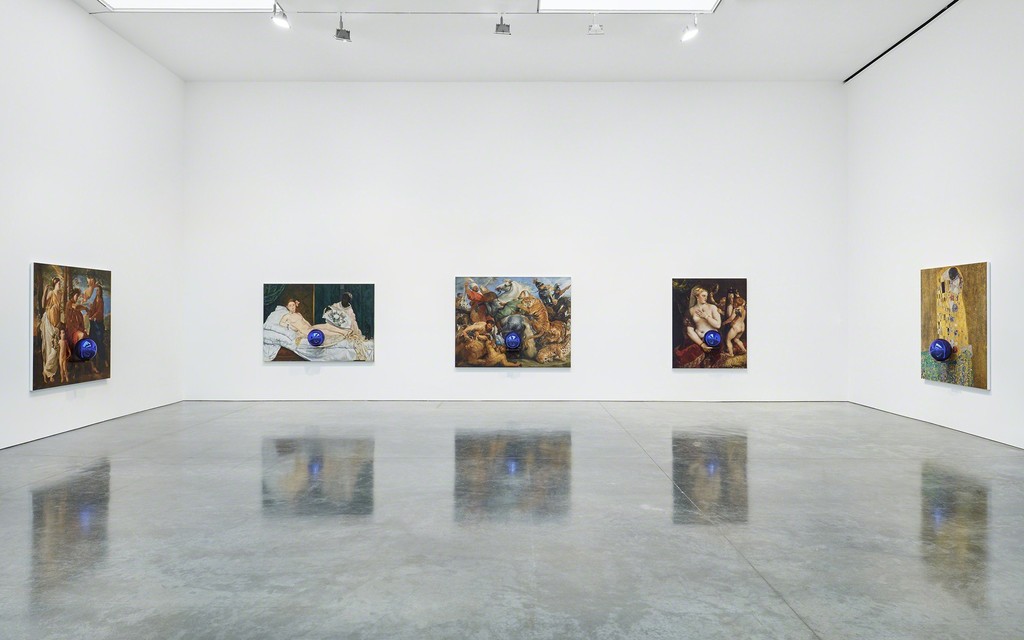 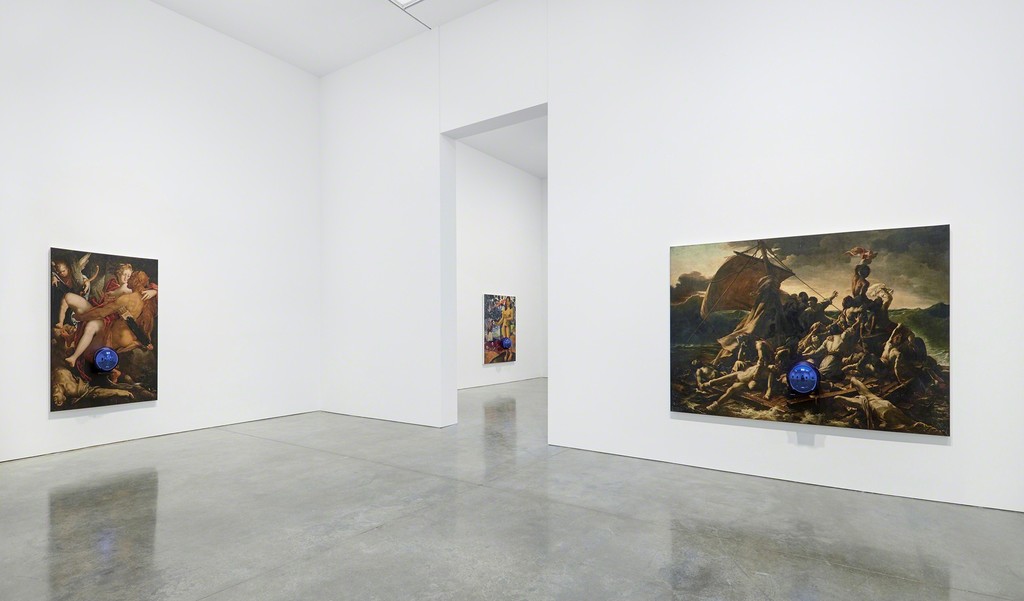 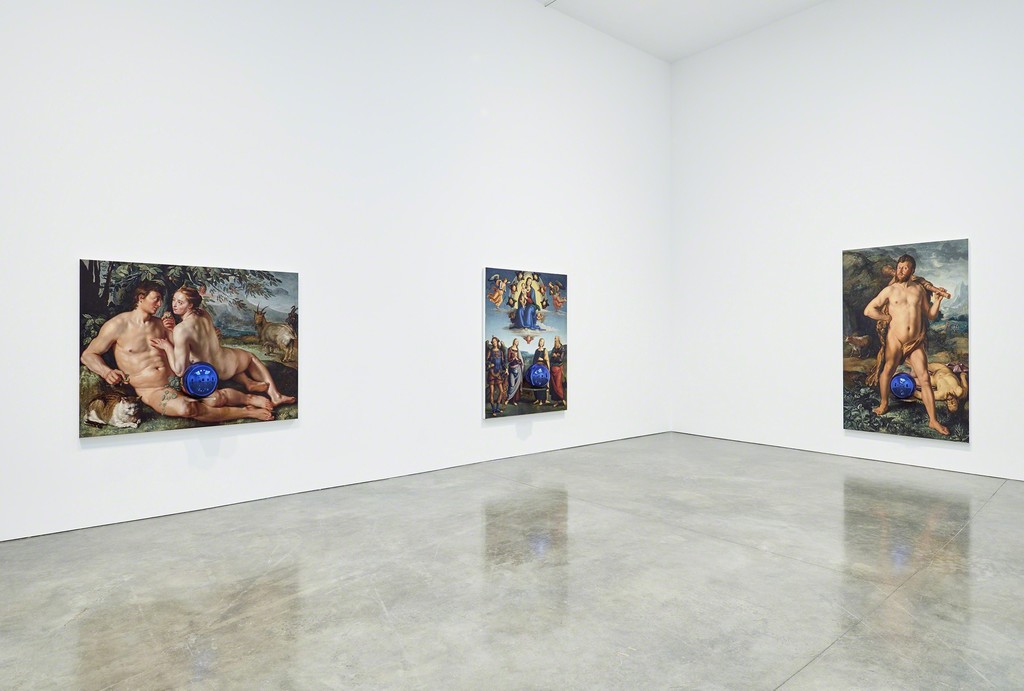 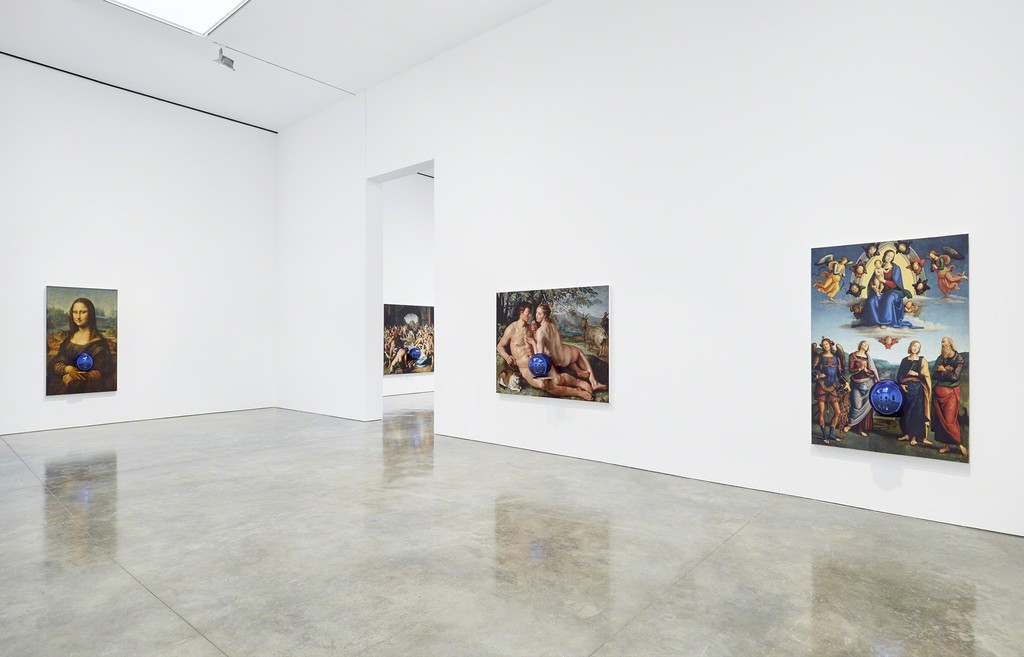 In this series, Koons is in dialogue with artists of the past, such as Titian, El Greco, Courbet, and Manet, among others. The works deal with the power of artistic gesture. Each work has a blue glass gazing ball that sits on a painted aluminum shelf attached to the front of the painting. The viewer and the painting are reflected in the gazing ball. This metaphysical occurrence connects the viewer to a family of cultural history in real time. Through the simple act of placing a gazing ball in front of the images, painting and sculpture are reunited for maximum sensory perception, as in ancient times.

Currently Koons’s artworks are being displayed at Palazzo Vecchio and Piazza della Signoria, Florence, for the exhibition “Jeff Koons in Florence” (through December 28, 2015). Balloon Venus (Orange) is on view in the rotunda of the Natural History Museum Vienna (through March 13, 2016).

For further information please contact the gallery at [email protected] or at +1.212.741.1717. All images are subject to copyright. Gallery approval must be granted prior to reproduction.