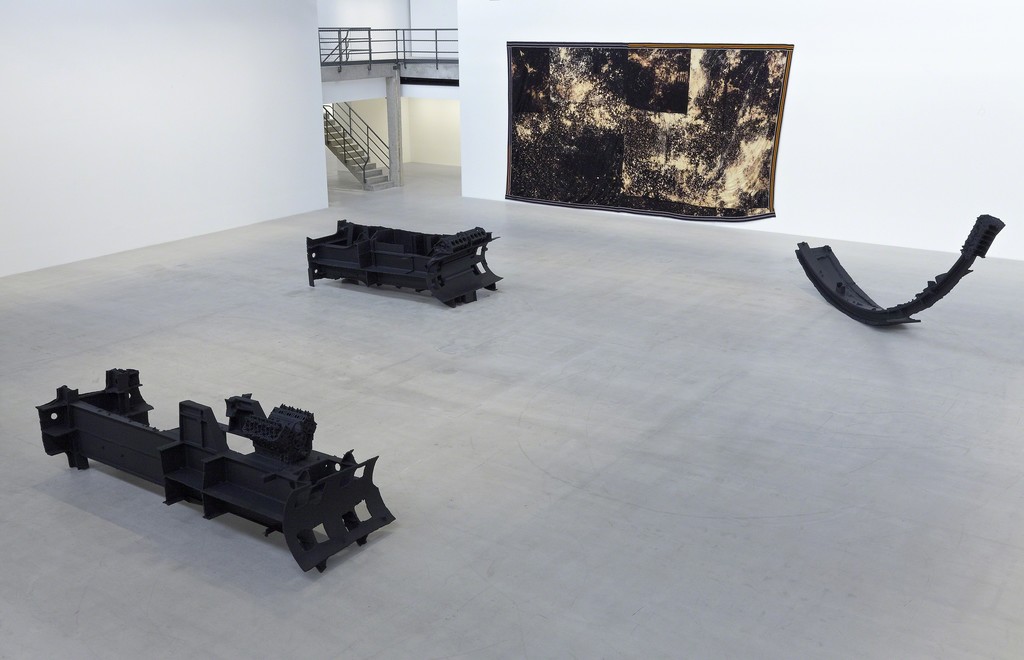 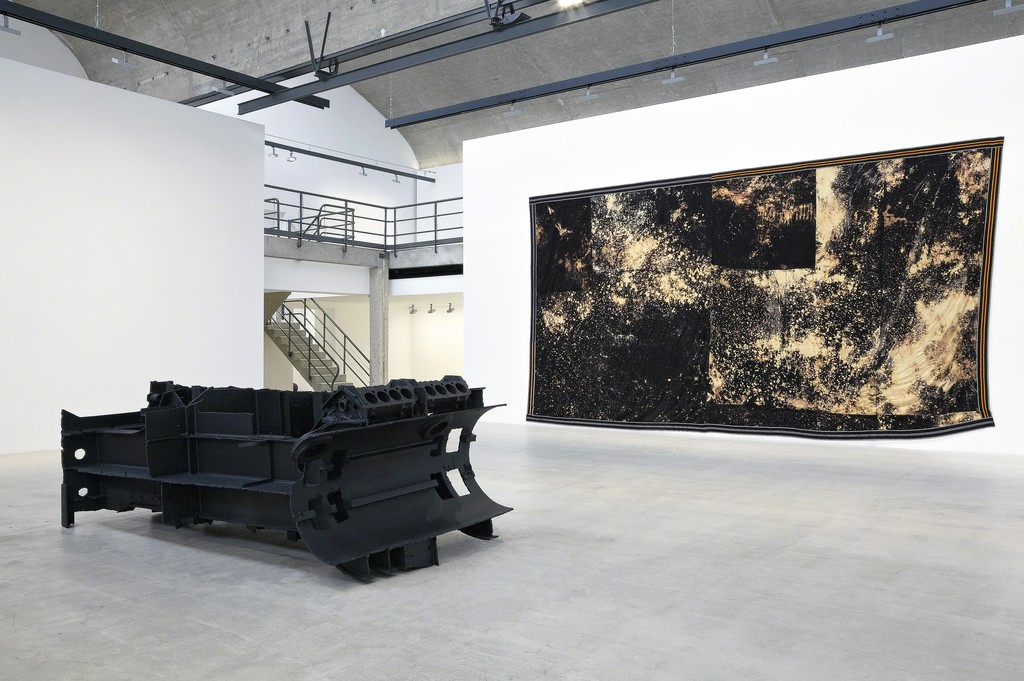 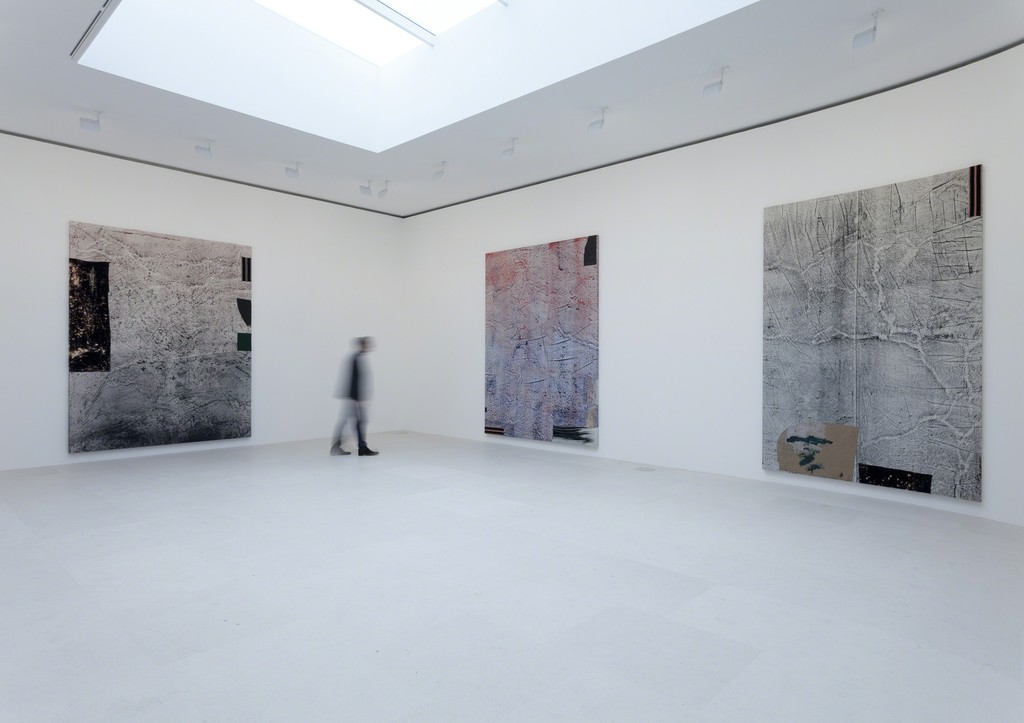 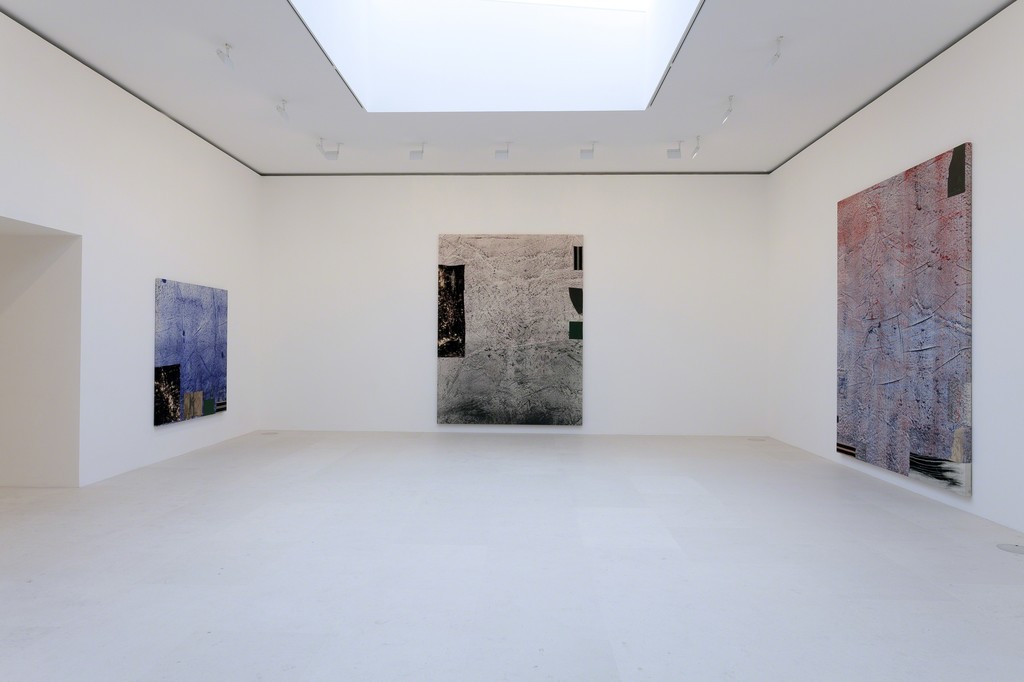 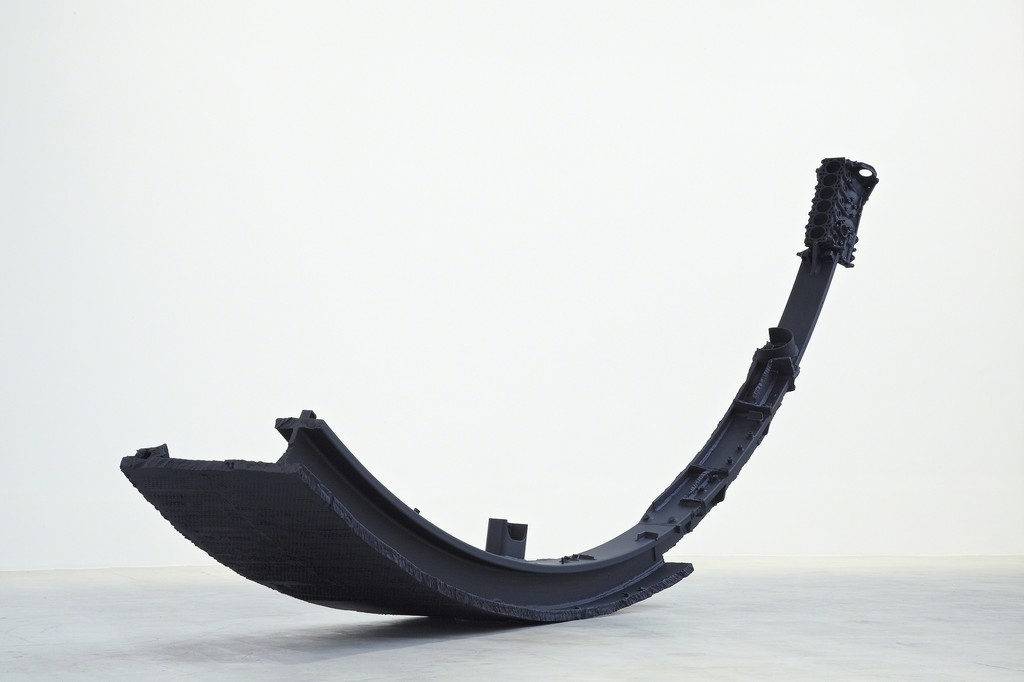 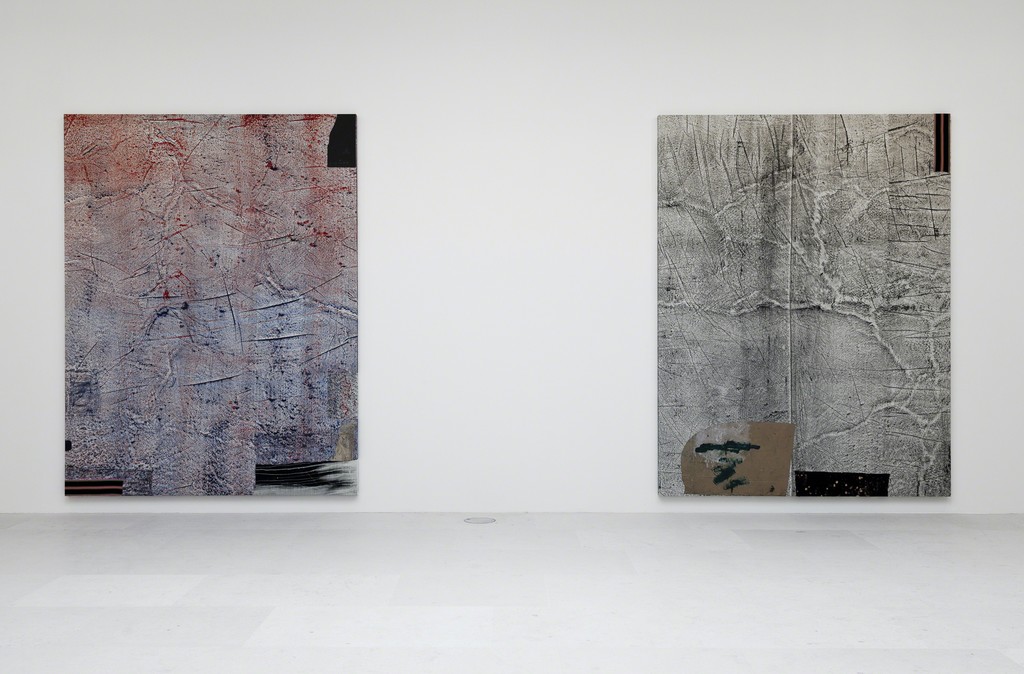 The studio has become a kind of excavation site for me. Years of accumulated material and work are spread through the buildings, almost like a dumping ground. This setting has taken my work to another level of cycling through materials. There is this idea that projects are laid to rest, but over time these things that are always present as material or as remnants are dug up and reassessed, catalysts are created between works from the past and new works.
—Sterling Ruby

Cultivating an eclectic formalism across mediums, Ruby creates vivid poured-polyurethane sculptures, drawings, collages, richly glazed ceramics, spray paintings, and videos. Oscillating between solid and liquid, minimalist and expressionist, pristine and abject, he alludes to rituals both mainstream and marginal, autobiography, and art history. Intellectually, frontiers interest him, from urban gang territories demarcated in graffiti to the charting of newly discovered stars and planets; in his work, Ruby tests formal limits, marking the edges of the canvas and limning the boundaries between creation, destruction, and renewal. In abstract paintings, acts of defacement evolve into a painterly sublime; while wood-burning stoves, ceramic basins containing shards of broken or misfired pottery, and soft sculptures resembling fanged jaws convey the raw potential of sculpture.

In the new YARD paintings at Gagosian Rue de Ponthieu, Ruby uses rollers and brooms to spread a soft palette of red, blue, green, and purple acrylic paints over unprimed canvases laid directly on the studio ground; incidental debris and textures beneath the canvas emerge as impressions during the frottage process. Fabric, cardboard, and other studio fragments are attached to the edges of each painting, like mysterious satellites at the borders of indeterminate topographies. Titles such as TCOM KUWAIT and DURAND LINE reference aerial military surveillance and conflict areas; others—ALPHA ANDROMEDAE, TIAMAT, PANGEA ULTIMA—are borrowed from constellations, ancient mythologies, and a potential supercontinent of the distant future.

At the Gagosian Le Bourget gallery are new sculptures made from hulking industrial parts sourced in the vicinity of Ruby’s Los Angeles studio. In these melancholic hybrids, Ruby combines huge fragments of a reclaimed American submarine with engine parts and steel pipes to create freestanding, battleship-gray abstractions that resemble drag cars, bulldozers, and plows. Titles such as HULL (VIPER) and DRAG (BANKER) hint at these transformations. These sculptures are interspersed with grounded soft sculptures entitled CANDLES: brightly colored, stuffed textiles manipulated to resemble overturned lit candlesticks. DEEP FLAGS are vast synthetic black fleeces stained with bleach; a rectangular fragment of the same material is attached to the upper left corner of each work, echoing the stars of the American flag. The speckled panels also evoke the fathomless depth of outer space, a sensation that ends abruptly at their striped elastic borders. Parsing the boundaries that divide, protect, isolate, and promote individual cultures, Ruby continues to evolve his dissonant formal reflection of contemporary reality.

The exhibitions are accompanied by a fully illustrated publication with an essay by critic and novelist Philippe Dagen.

Concurrent to these exhibitions the Musée de la Chasse et de la Nature will present Ruby’s monumental woodburning STOVES, installed in the central courtyard of the museum. A fully illustrated book documenting the production of the works will be published on the occasion.

For further information please contact Edouard Pradère at [email protected] or at +33.1.75.00.05.92. All images are subject to copyright. Gallery approval must be granted prior to reproduction.