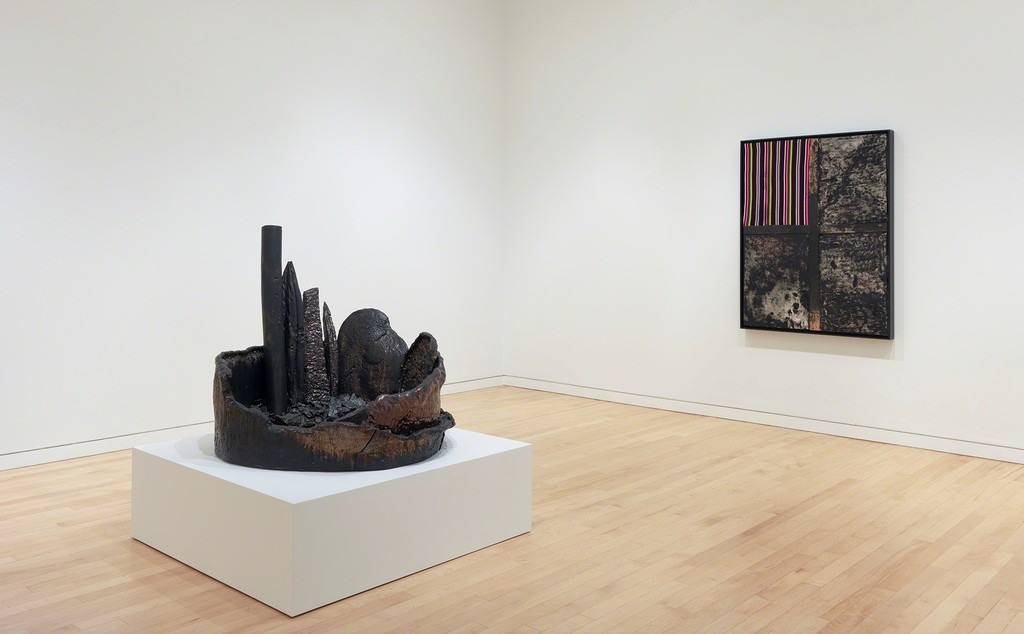 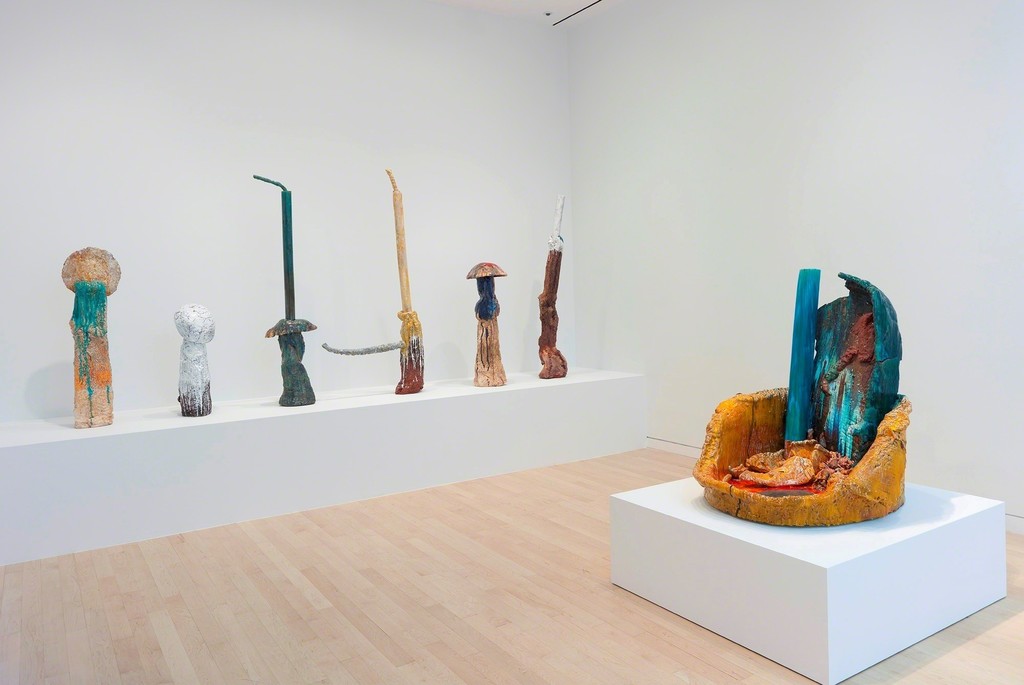 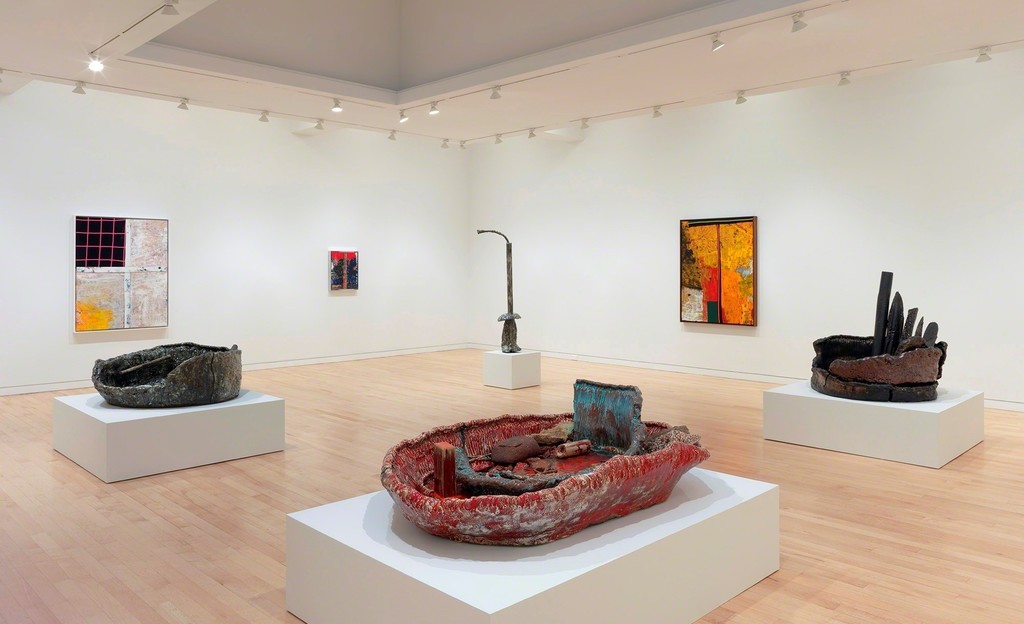 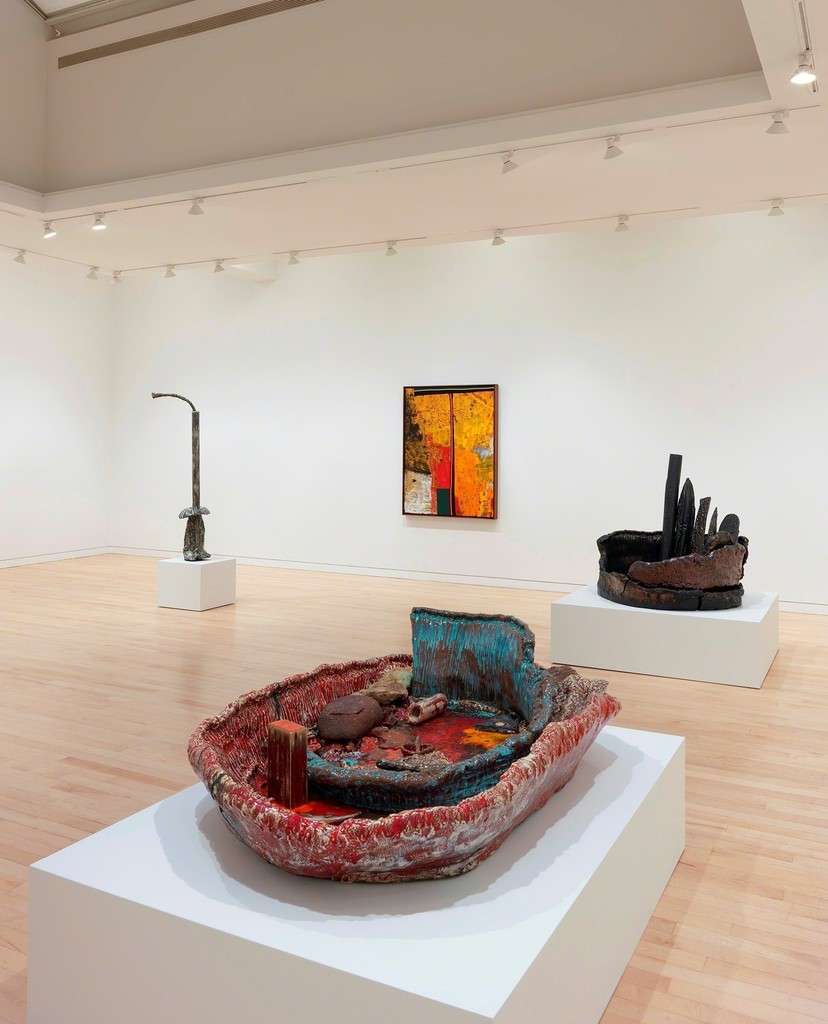 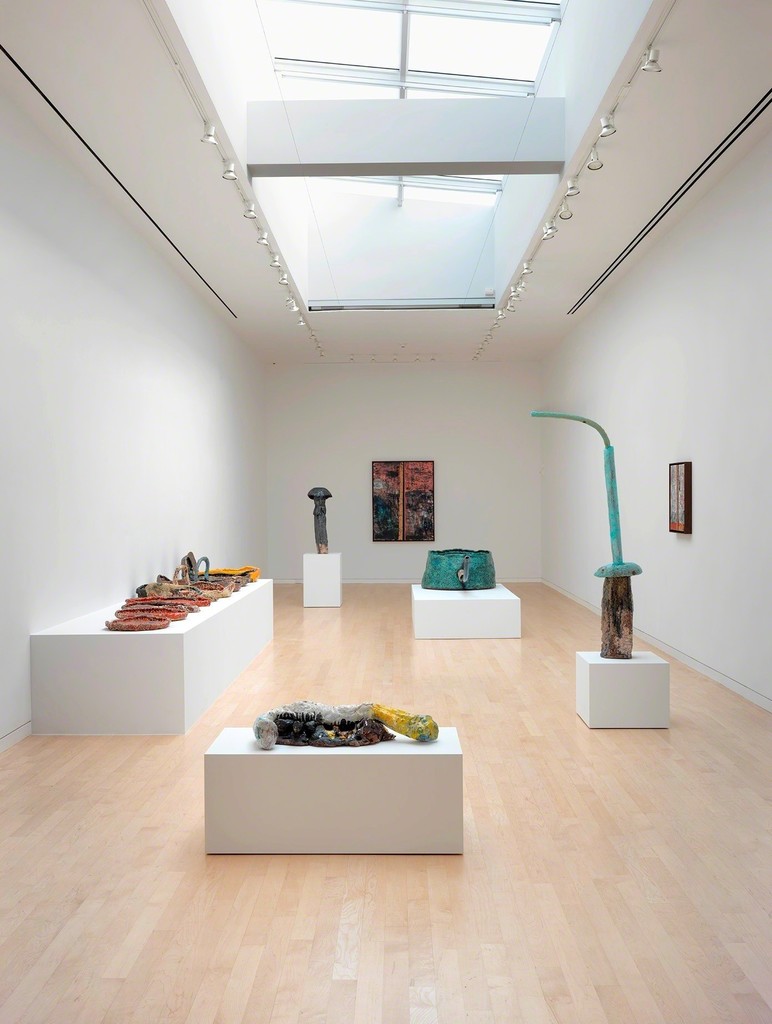 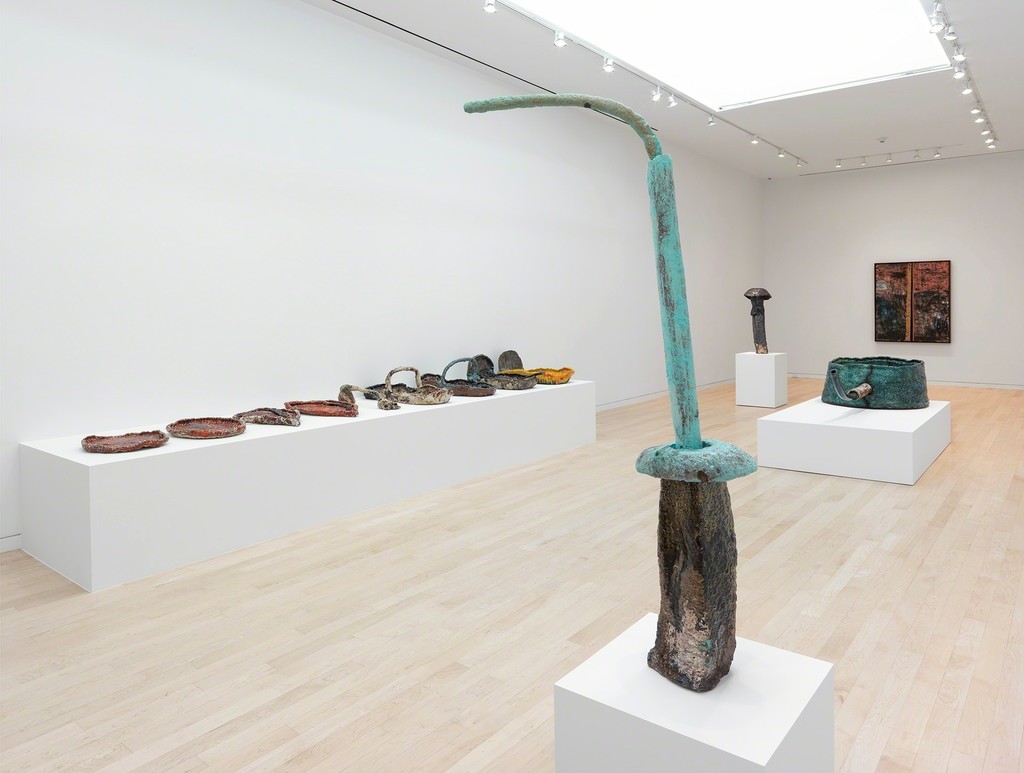 I am smashing all of my previous attempts and futile, contemporary gestures, placing them into a mortar, and grinding them down with a pestle. If I put all of these remnants into a basin, and it gets taken away from me, then I am no longer responsible for all my misdirected efforts.
—Sterling Ruby

Gagosian is pleased to present new ceramic sculptures and paintings by Sterling Ruby.

In his paintings, collages, sculptures, and videos, Ruby infuses the formal with the abject, allowing materials to melt and overlap in biomorphic and geomorphic aggregations. Ruby's current exhibition features the largest basins that he has produced to date in the Basin Theology series, as well as figurative and totemic ceramics that recall common artifacts. Ceramic cradles bear an eerie resemblance to graves, evoking the cyclical nature of human life, and otherwise abstract totems stand upright, like soldiers in formation. These deep, textured vessels contain studio remnants and discarded fragments set beneath viscous glazes. Their variegated surfaces feature coloristic effects resulting from different stages of kiln-firing. In the layered glazes that engulf shards of ceramic debris, vibrant, often eerie, landscapes appear. Entropy gives rise to an entirely new archeological form.

A similar interplay between organic deterioration and artistic reclamation takes place in Ruby’s new paintings. He imposes the past onto the future, and vice versa, adding swathes of oil paint directly over the earlier YARD paintings—which he painted in the grounds of his studio, producing littered impressions and cartographic representations. Ruby introduces cardboard and fabric scraps—readymade refuse from the studio—within painted areas of red, white and blue; pale pinks and peaches; bright yellows and oranges; and frosty whites set against charred blacks. Expanding upon themes of horizons, grids, prison bars, and window panes, splattered and stained graphic bands and blocks bisect the paintings, forming vantage points and quadrants that advance and retreat. The smaller scale of the works allows for intimate encounters, while their spatial ambiguity disorients as to whether one is looking out or looking in.