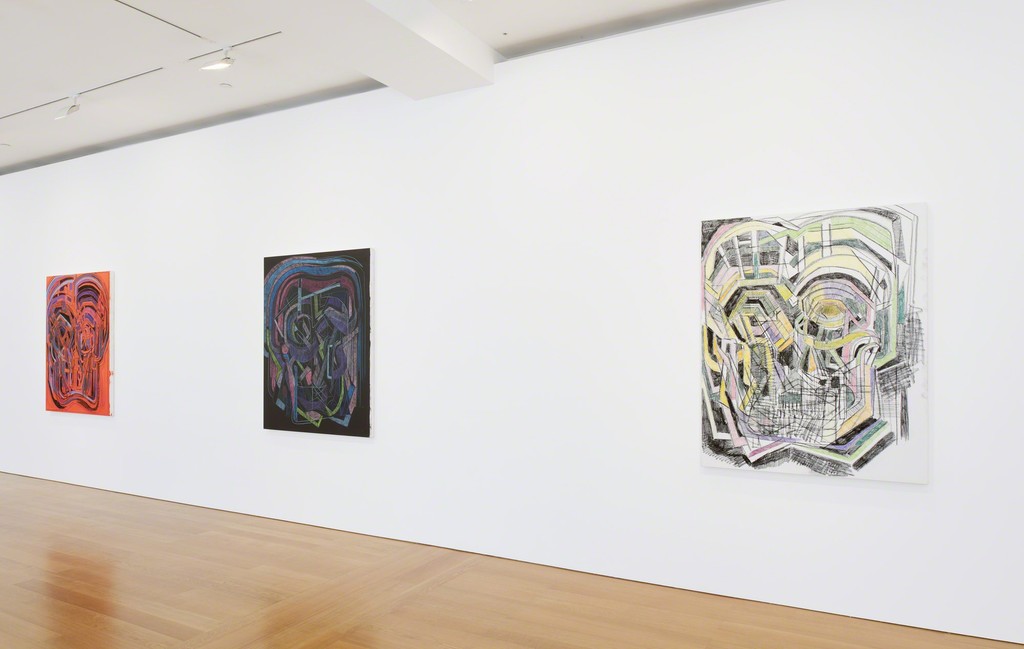 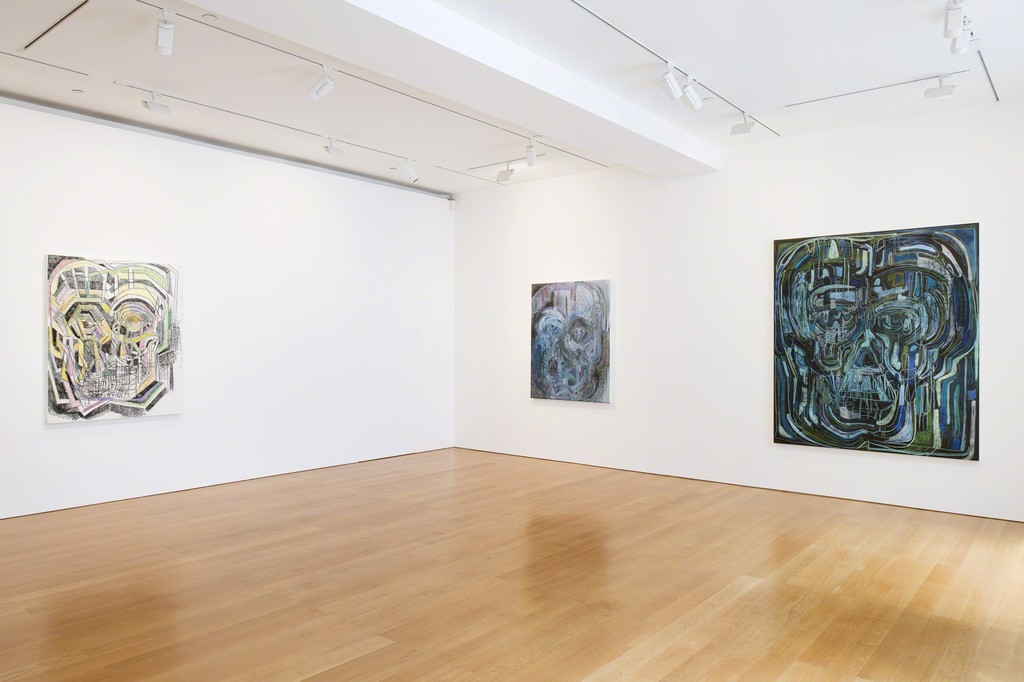 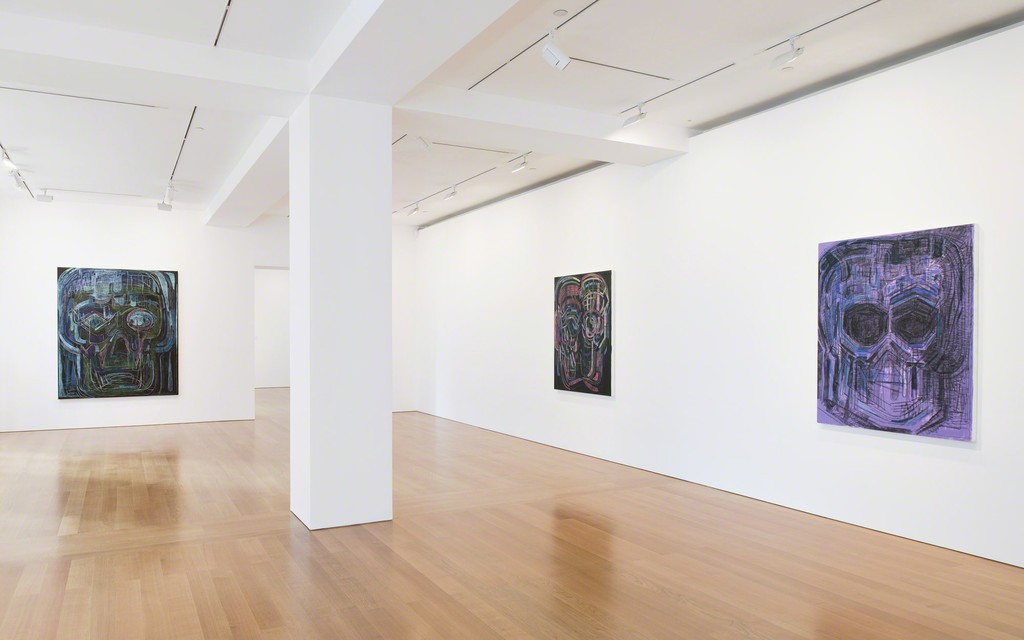 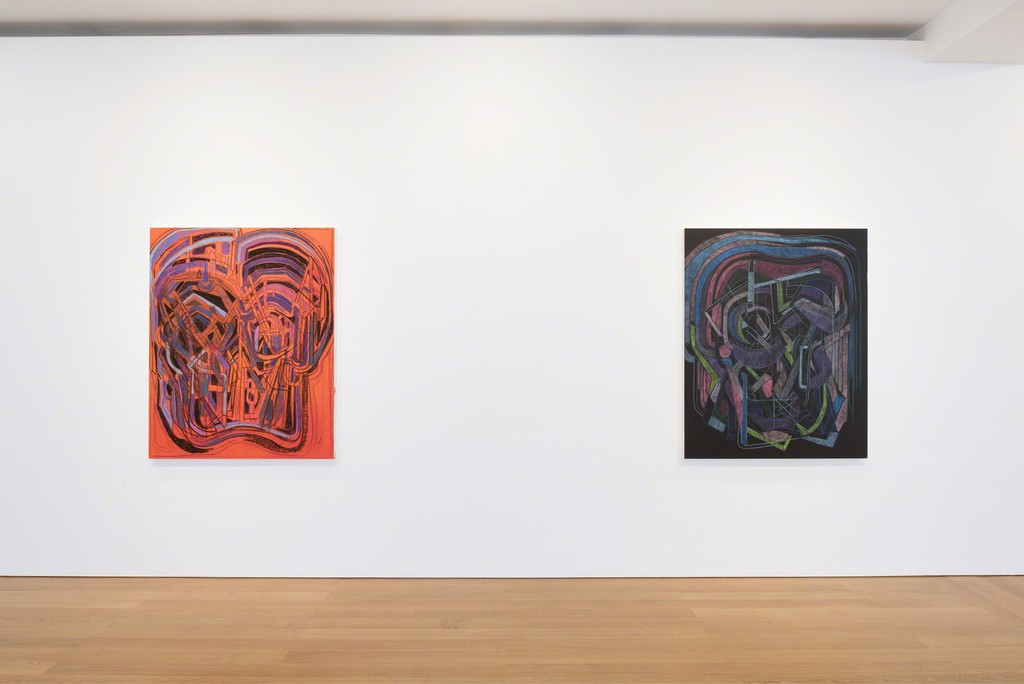 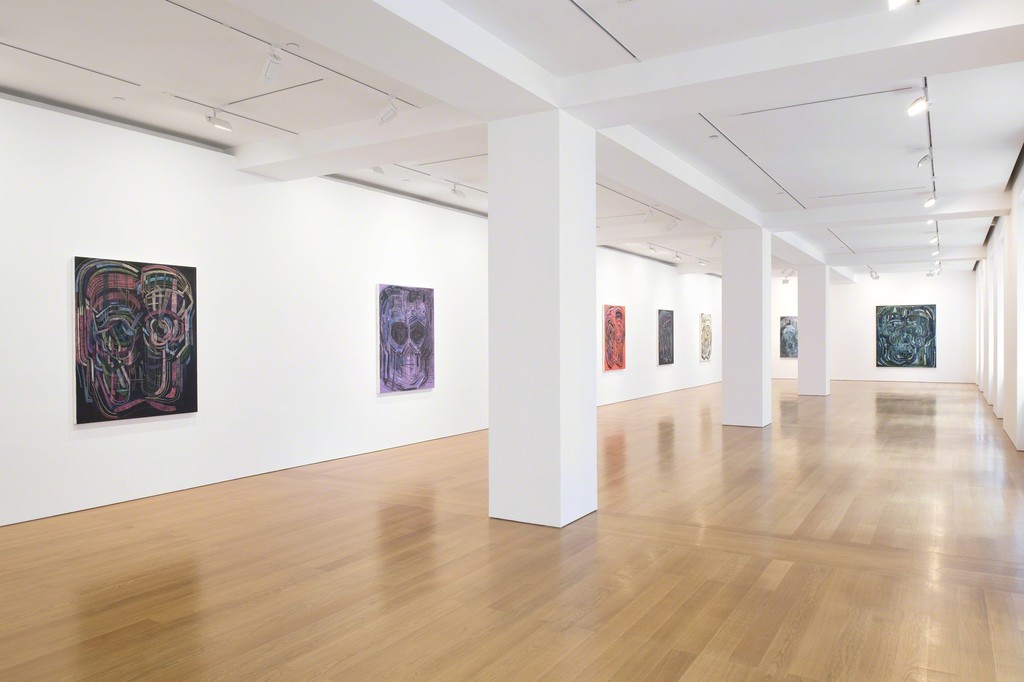 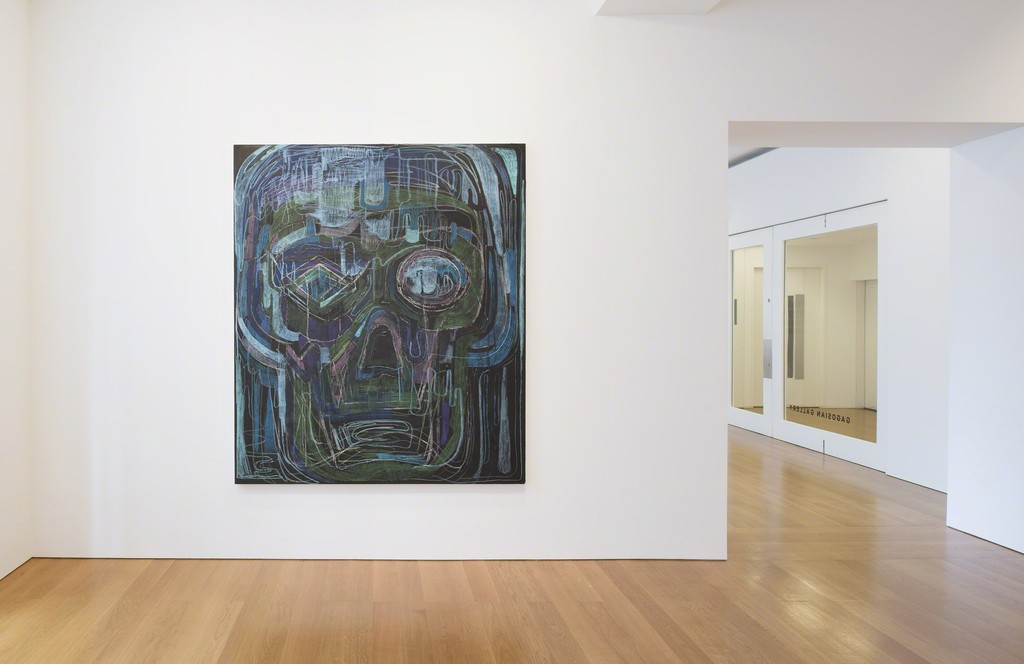 I wanted to find out where the figure is, what has happened to it, and it’s fantastic to search through this history of representation-figuration.
—Thomas Houseago

Gagosian Gallery is pleased to present “Psychedelic Brothers - Drawn Paintings” by Thomas Houseago. This is the first exhibition to focus on Houseago’s two-dimensional works on canvas.

Known for his monumental sculpture based on body and architecture, Houseago has produced sculptures that function like dwellings, such as Masks (Pentagon) installed at Rockefeller Center in 2015, which can be entered and experienced from within. Questions surrounding the nature of embodiment, and the play between the mental and physical selves, pervade Houseago’s art in all its forms.

Shifting between historical allusion and seemingly impulsive gesture, Houseago explores sculptural and pictoral paradigms in terms of the uncertain realities of the present. Often foregoing traditional materials, he secretes stylistic nuances from a broad range of influences—from classical Greek sculpture; African, American, and Pacific tribal art; Renaissance and Modern interpretations of the figure to anime, sci-fi, musical performance, and cyborg characters. In this particular series, psychedelia is expressed through high-volume coloration, and loose lines. The immediacy of the medium of painting, and its immersive quality, allow Houseago to create new planes of consciousness. The faces of the linked “brothers” embody the psychic recesses of the creative process, giving legibility to hallucination.

Houseago’s paintings conflate drawing and sculpture, mapping the transition from concept to form. Each canvas, measuring 5 x 4 feet or 7 x 6 feet, is a confrontation between memory and fantasy, ritual and improvisation, which escapes the conventional painterly expectations of illusory space upon the two-dimensional plane. In “Drawn Paintings,” Houseago renders the mask-as-face leitmotif in acrylic paint, oil paint, pencil, and colored pastel, offset by black charcoal; striations in pigment and pronounced graphic lines impel each likeness to the surface of the canvas, revealing a wealth of possibility in the subjective readings of these dissonant visages. This series reflects Houseago’s artistic genealogy, to the “avant-garde fantasy family” that supports his creative psyche in the studio. Although the “Drawn Paintings” are conversant with his sculptural language of mass and surface, they redefine the canvas as a psychedelic site that resists any single interpretation. Houseago’s works evince myriad references: rough surfaces recall unearthed classical artifacts while the underlying principles attest to the influence of modern and contemporary masters such as Giacometti, Gaudier-Brzeska, Brancusi, Picasso, and West.

For further information please contact the gallery at [email protected] or at +852.2151.0555. All images are subject to copyright. Gallery approval must be granted prior to reproduction.