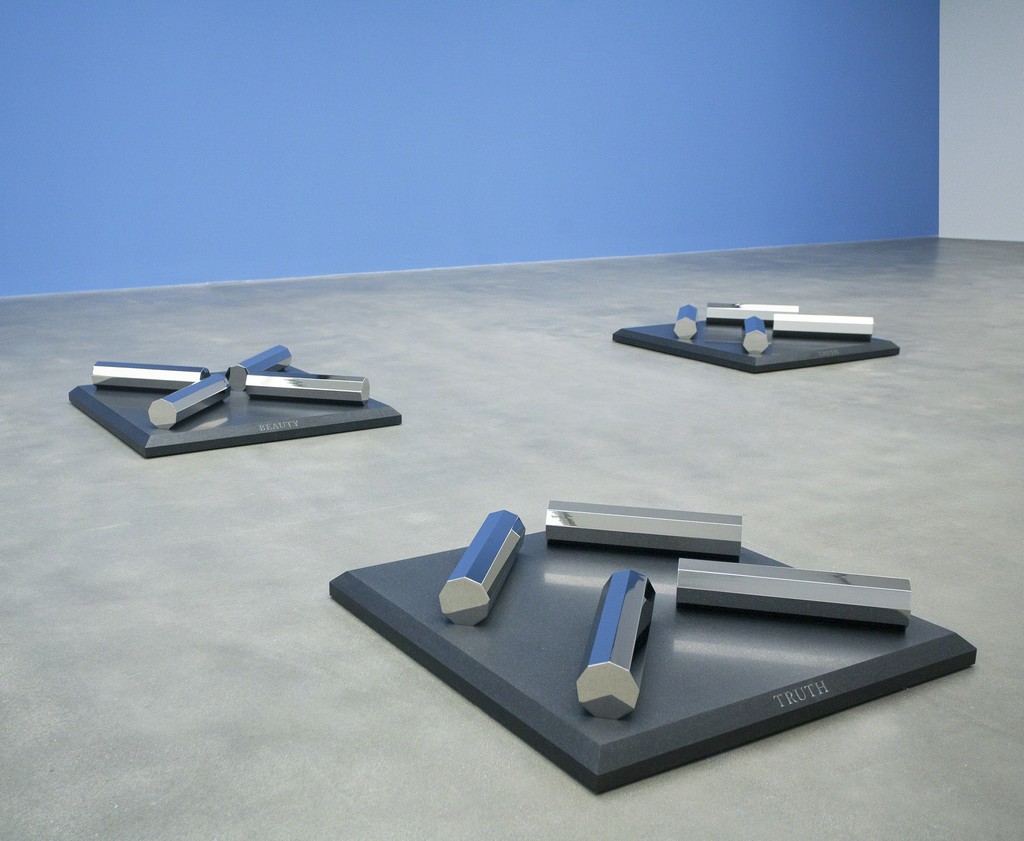 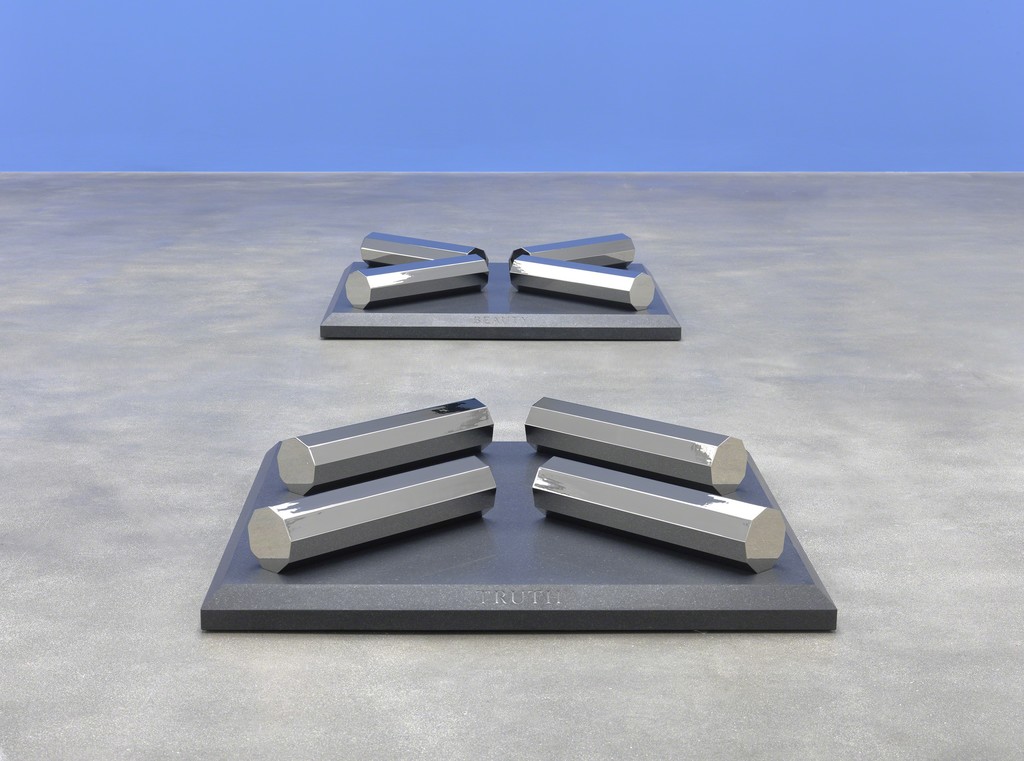 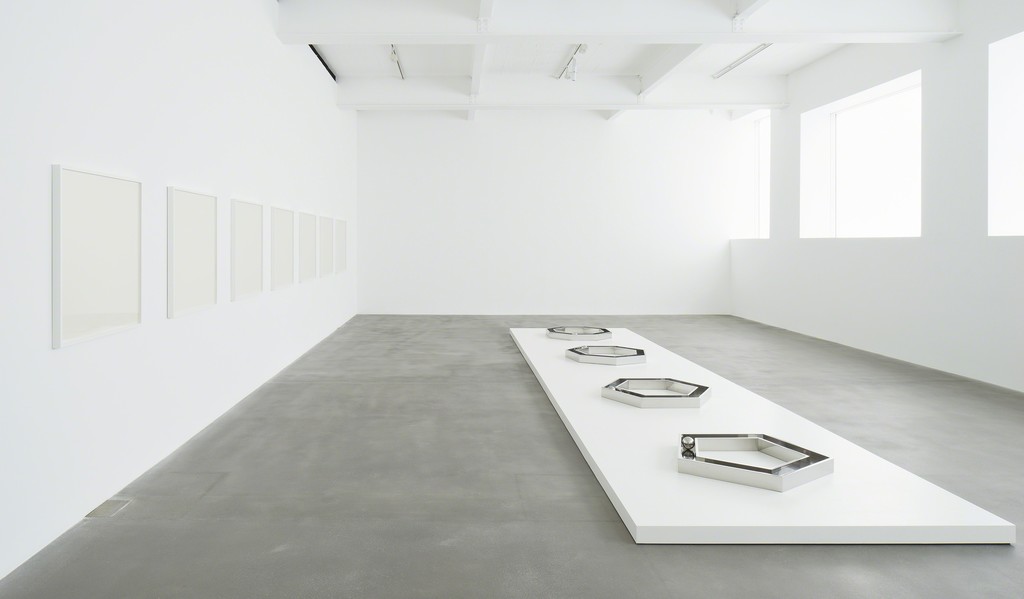 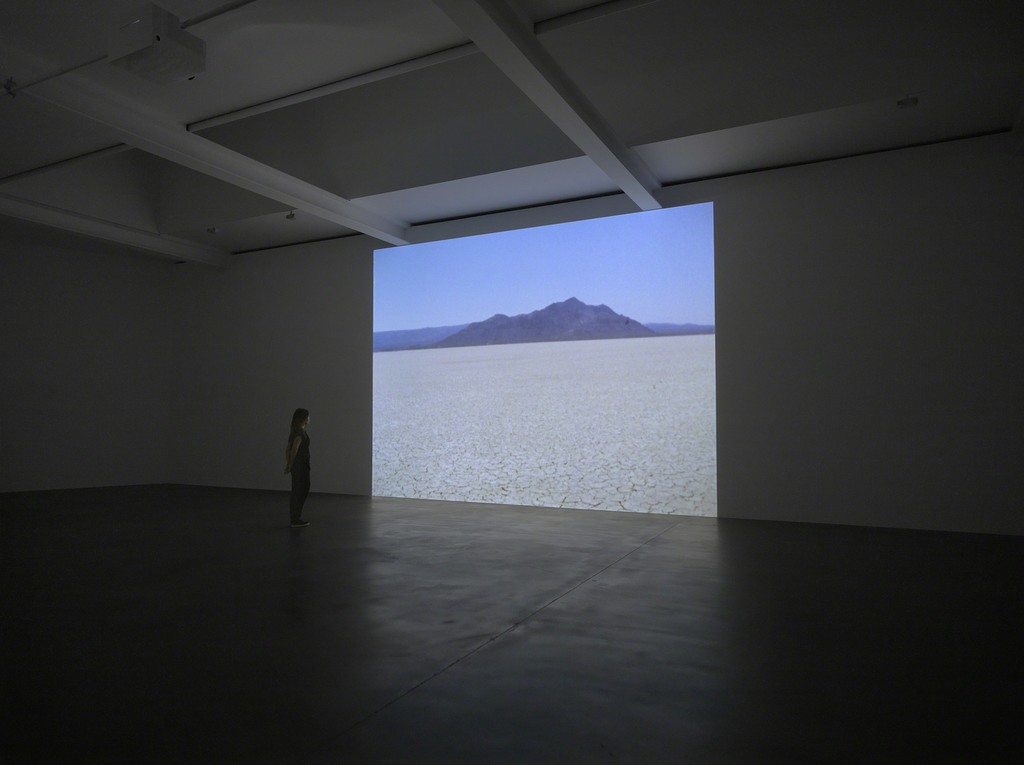 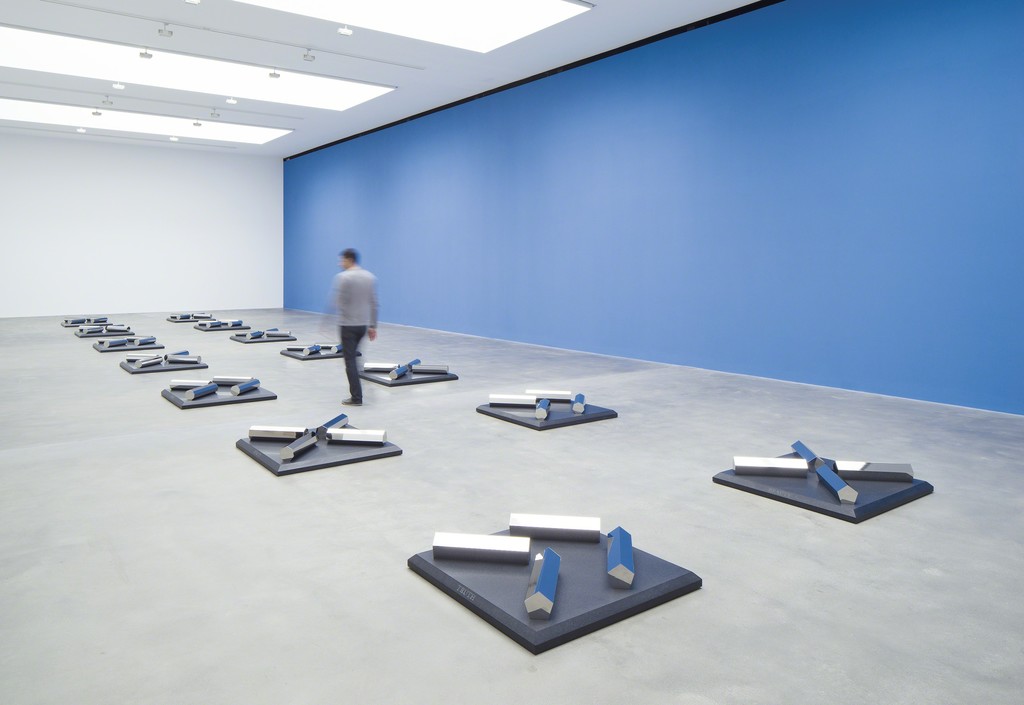 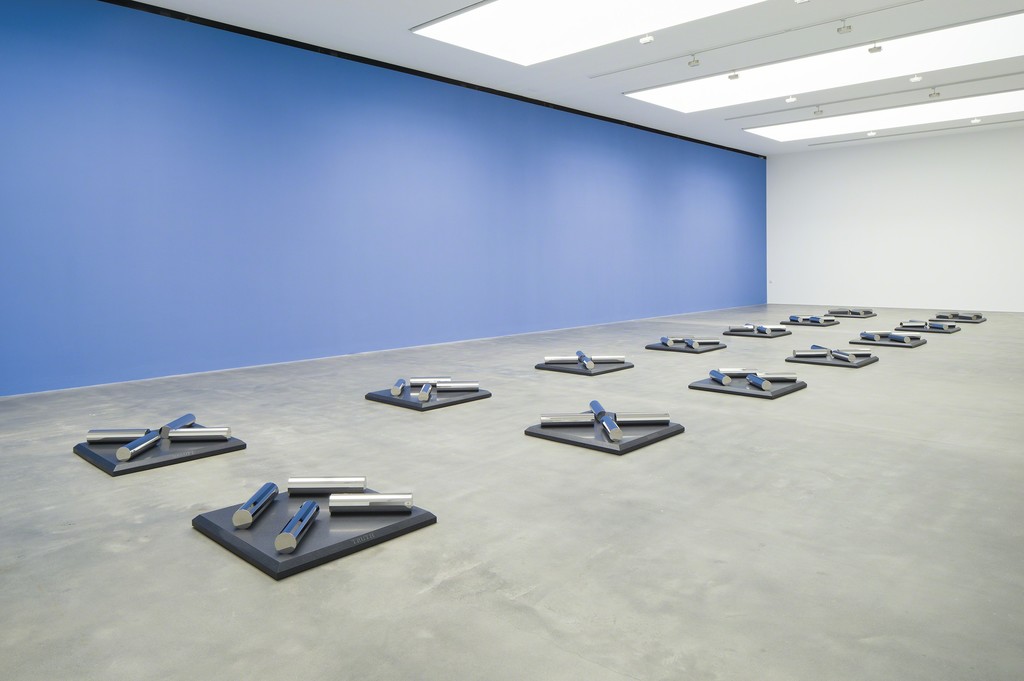 I think to be a true minimalist you should almost nearly be invisible yourself...expressing yourself in too baroque, romantic a way might be...imposing a lot more content on the world than is necessary.
—Walter De Maria

Gagosian Gallery is pleased to present drawings and sculptures by the late Walter De Maria. Diverse works from the first four decades of his career, including the never-before seen Truth / Beauty (1993–2016), will comprise his first solo exhibition in the United Kingdom. The exhibition has been prepared in collaboration with the Walter De Maria Estate.

While attending the University of California, Berkeley, between 1953 and 1959, De Maria was inspired by Fluxus, as well as by his longstanding interest in drumming and jazz. As early as 1959, he staged several poetic Happenings in the Bay area with the composer and musician La Monte Young, through which they explored the spatio-temporal confrontation between bodies and objects. In autumn 1960, he moved to New York City and began constructing static sculptures—unpainted, handmade wooden boxes, often with words or instructions written in pencil on their exteriors and accompanied by wooden balls. One Hundred Activities for Rich and Poor (1960–61), an eight-page drawing from the Walter De Maria Estate, further exemplifies his engagement with nodes of Conceptual art, and his desire to give these abstract ideas aesthetic presence. The hundred-unit list is made up of pictograms, tidbits of advice, questions, and keywords: a task-oriented puzzle that relies upon the viewer's instinct. Drawn in primary-colored inks, crayon, and pencil, this early work exhibited here for the first time is a list devoid of practical functionality yet open to innumerable conceptual possibilities.

The Open Polygon series (1973–74) is represented by four stainless steel shapes set in a row that progress from a pentagon to an octagon. Each shape is defined by a recessed track containing a steel ball. The series was one of De Maria's earliest employments of the polygonal steel form, which he would variously incorporate into both horizontal and vertical sculptures. The Pure Polygon Series (1975–76), seven pencil drawings that begin with a triangle and follow with the next six shapes in succession, show two-dimensional geometric forms on the threshold of visibility. Faintly traced lines on 36-inch square etching paper enforce an intimate experience with the viewer.

Truth / Beauty, a series of fourteen sculptures in seven pairs, was conceived and partly constructed in the early 1990s, with the bases and assembly completed posthumously by the Estate according to De Maria's wishes. The series expands upon his persistent attention to permutations of rods, polygons, and numbers. Each pair consists of two arrangements of four rods upon granite bases: one composition is a chevron pattern and the other resembles an "X." Each base has "TRUTH" and "BEAUTY" engraved on opposite sides. The first pair comprises five-sided rods, and the rods increase by two sides with each successive couple, culminating in seventeen-sided rods. These fourteen sculptures are staged against a solid blue wall, the same color used in The Statement Series paintings (1968/2011).

For further inquiries please contact the gallery at [email protected] or at +44.207.841.9960. All images are subject to copyright. Gallery approval must be granted prior to reproduction.