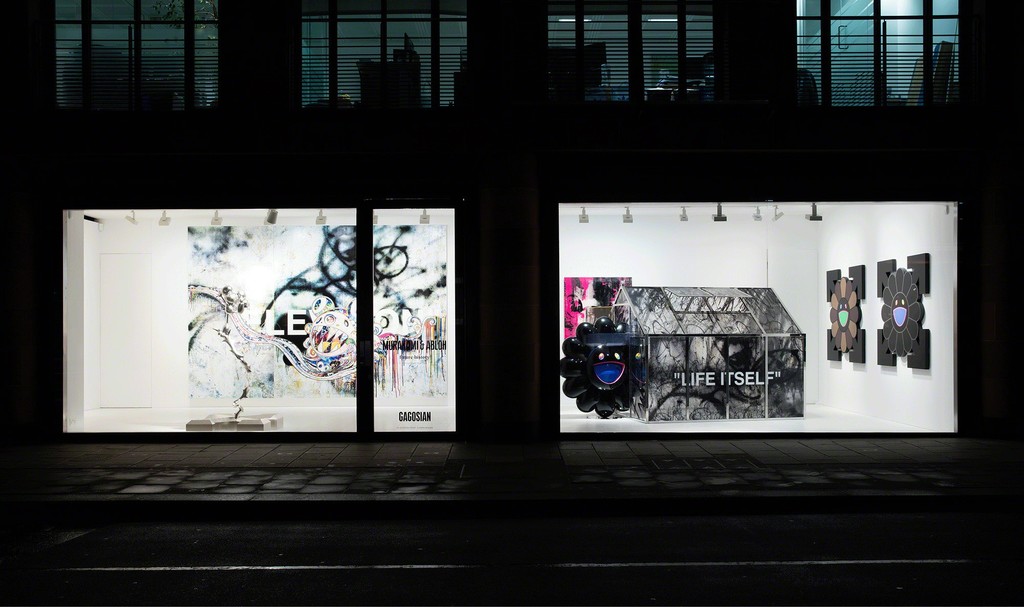 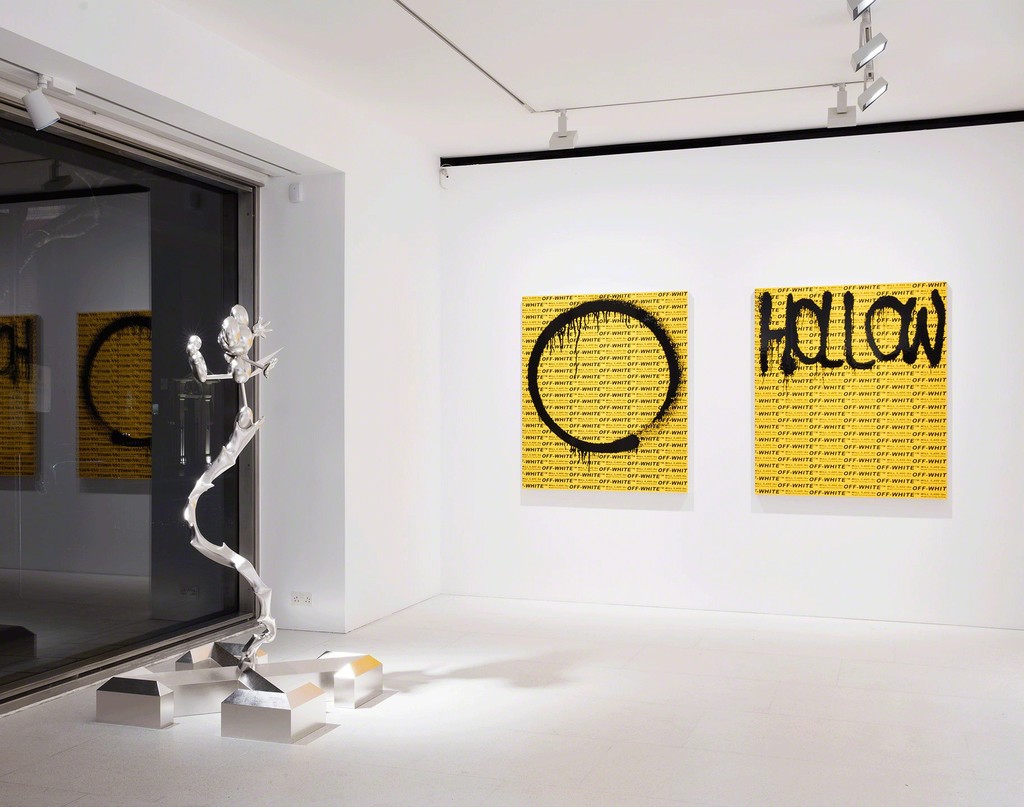 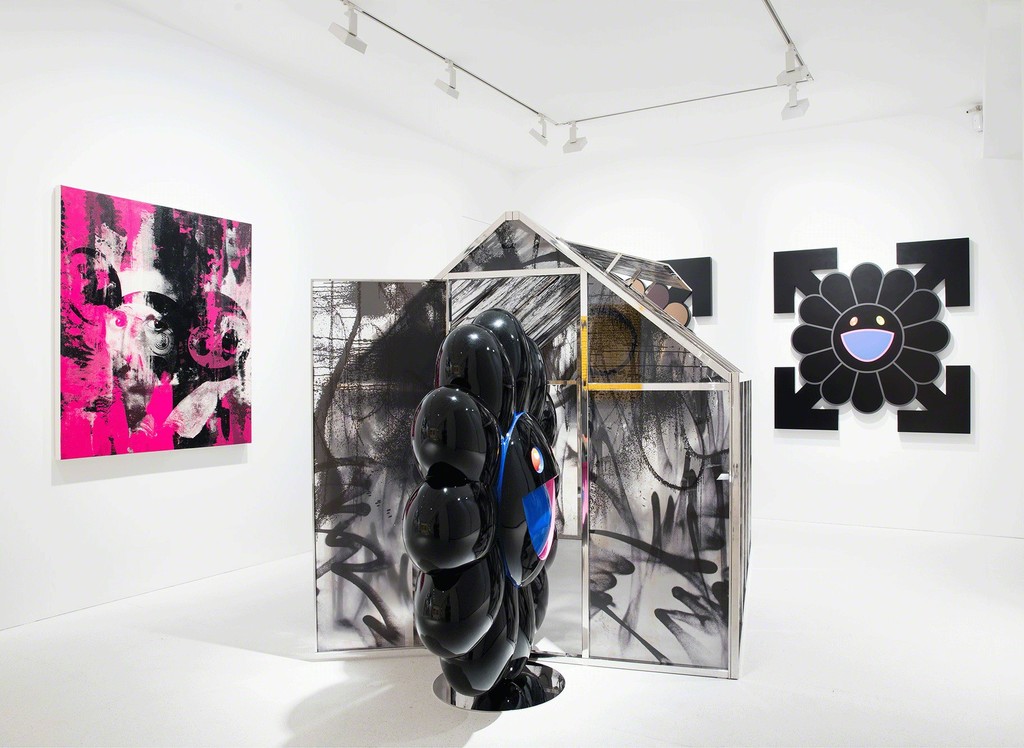 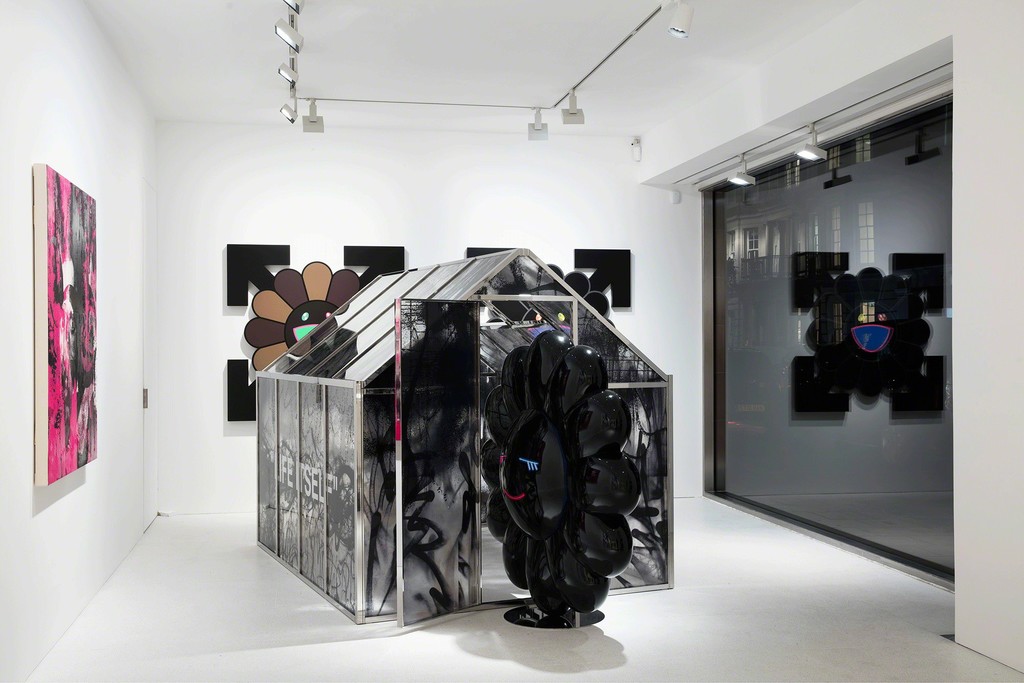 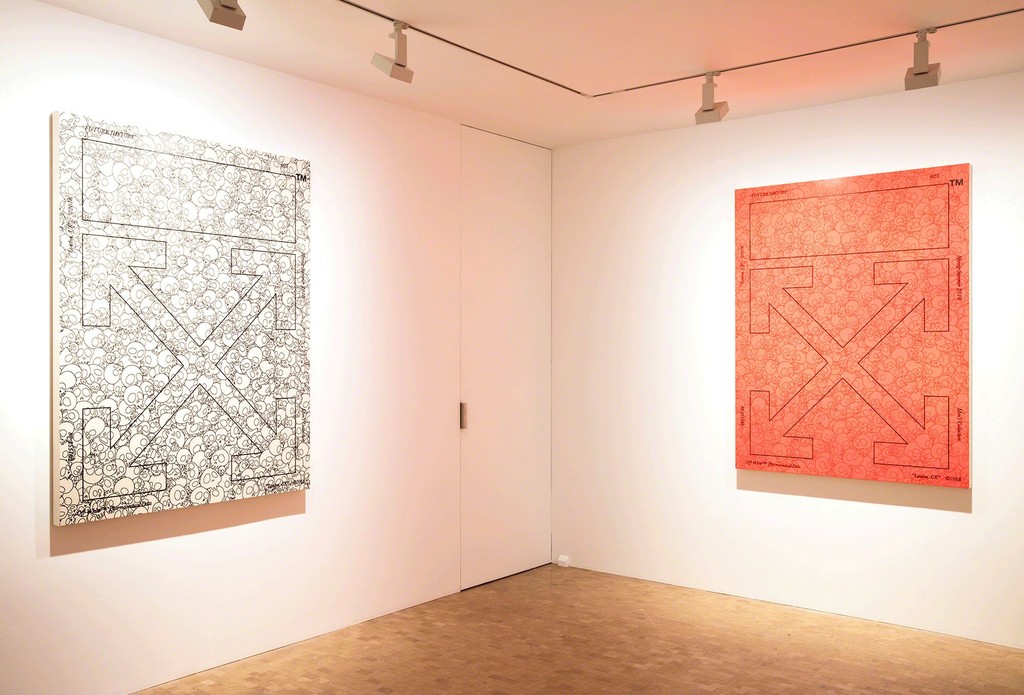 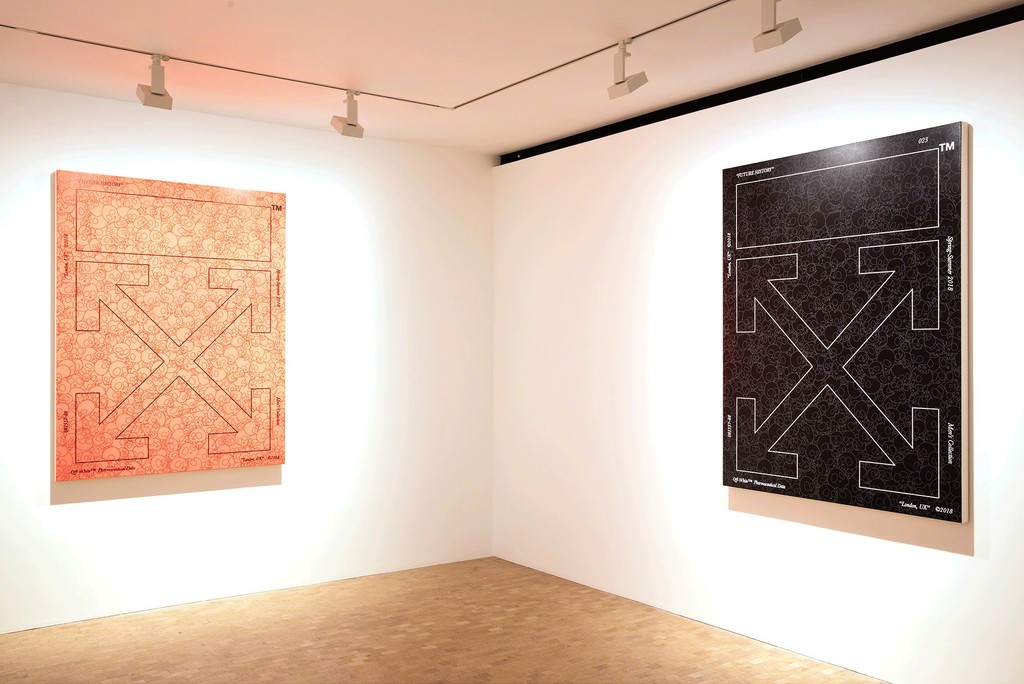 We are driven by an innate ambition to make art works that are shaped by societal observations—in a variety of media—which by their existence produce a new cultural impact.
—Virgil Abloh

Working together in Murakami’s Tokyo studio, Murakami and Abloh have produced a unique series of works in which their styles and trademarks intersect in a stream of free-wheeling, punkish mash-ups. The two artists, kindred spirits from opposite axes of a broader cultural zone, reflect incisively on the signs of the times in which we live.

In his protean oeuvre that has captured the imagination of an entire generation, Murakami draws from sources as diverse as traditional Japanese painting, otaku subculture, Western art theory, Hollywood, and hip-hop. His expansive art production spills over into fashion, film, and commercial commodities, exploding the divisions of high art and pop culture.

Trained as an architect and engineer, Abloh works across fashion, architecture, performance, and consumer products, often deconstructing the creative process in public to challenge and analyze existing aesthetic systems and their distribution. The street-couture label Off-White, which he founded in 2013, combines traditional tailoring with more subversive references, dispensing with common conventions of fashion.

The duo’s ironic and insouciant artistic gestures are designed to disrupt the divisions and tiers of stratified cultural production. The sculpture Life itself (2018) is a kind of architectural carapace designed by Abloh to house one of Murakami’s brightly sinister flower sculptures. In another instance, Glance past the future (2018), they transform Gian Lorenzo Bernini’s 1623 self-portrait by superimposing Murakami’s character Mr. DOB to affect a graphic blur of pink and black, like a desecrated street poster leaving behind traces of an art-historical lineage.

Virgil Abloh was born in 1980 in Rockford, Illinois. After earning a degree in Civil Engineering from the University of Wisconsin–Madison, he completed a Master´s degree in Architecture at the Illinois Institute of Technology. Abloh’s experience has spanned varying platforms over the past two decades. In the year 2016, Virgil Abloh curated an exhibition with the works (“free cubes”, “material table”, and “trivision sign”), from his furniture collection for Design Miami at Art Basel. 2013 marked the inception of a Milan-based clothing line entitled Off-White, for which he was awarded the British Fashion Council’s Urban Luxe award, in 2017. In 2019, the Museum of Contemporary Art, Chicago, will hold a retrospective of his work, curated by Michael Darling.