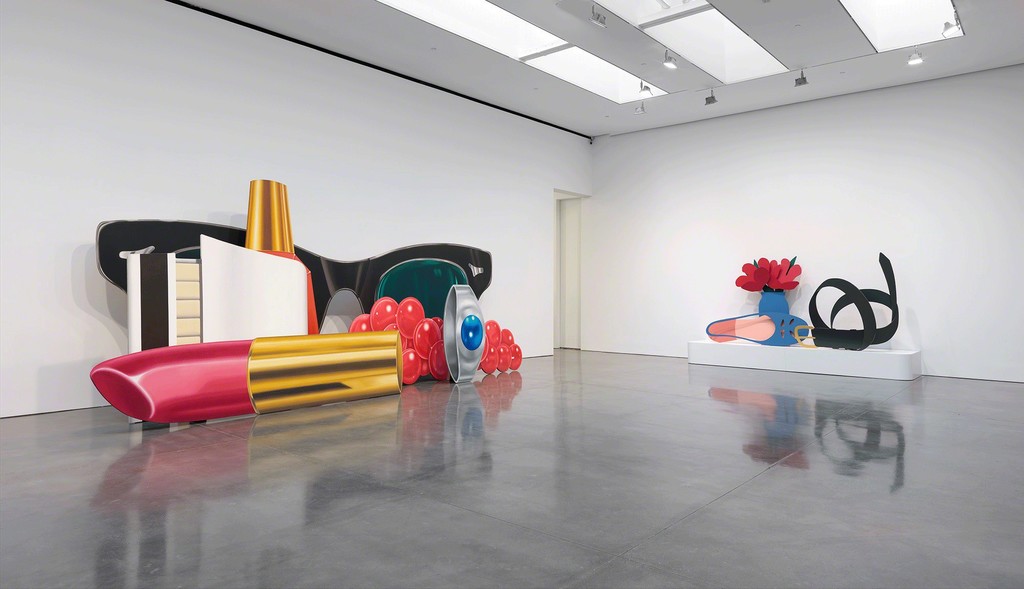 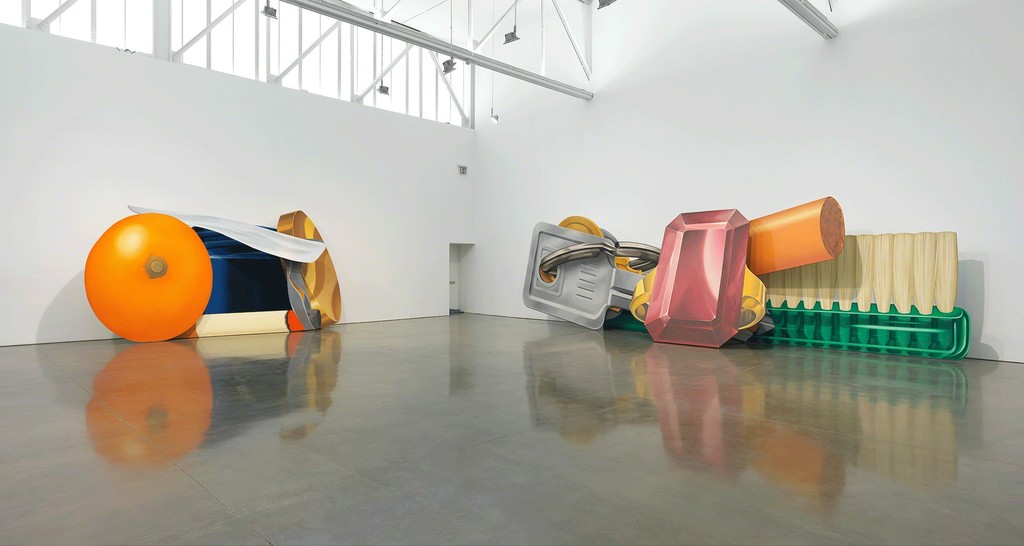 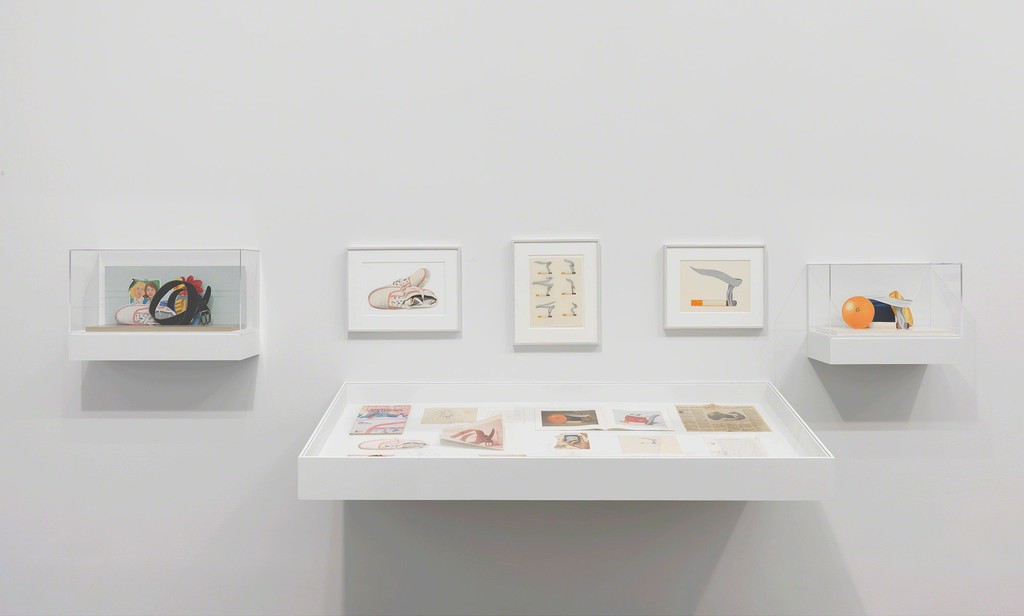 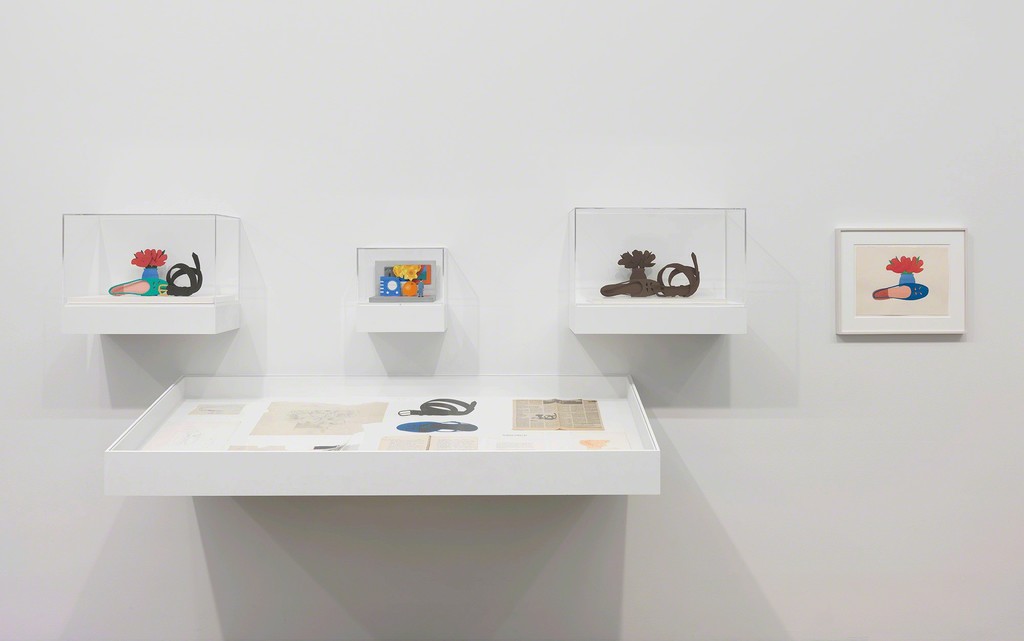 Gagosian is pleased to present “Tom Wesselmann: Standing Still Lifes,” an exhibition of nine monumental works made between 1967 and 1981. This is the first time that the complete series will be shown together.

Each large-scale work comprises multiple canvases, both hanging and standing, shaped according to the outline of the commonplace objects that they depict. Wesselmann’s spatial and pictorial innovation in the Standing Still Life paintings have precedents in his early work. His drawings of his wife and lifelong muse, Claire Selley—beginning in the 1950s when they met as students at Cooper Union—often took the form of hybrid collages that incorporated sketches and scraps of wallpaper and advertisements that he found in the New York City subway. Similarly, his early assemblage paintings, which included functioning objects and gadgets, present shifting images that advance and retreat depending on the viewer’s relative position, like stage sets that can be seen but not entered.

Wesselmann’s inquiries into the material qualities of painting evolved, and in 1972 he exhibited a Standing Still Life for the first time at the Sidney Janis Gallery in New York, along with a selection of smaller works from his Bedroom Paintings series. The still lifes imply narratives: in Still Life #60 (1973), a huge six-part work measuring almost thirty feet in width, the objects, which appear to be the contents of a woman’s purse, suggest a human presence; a visitor who has placed her belongings on a bedside table. In a sense, the still life has become a stand-in for the nude, or the intimate portrait of the beloved subject, Claire, absent from the image itself.

In his graphic compositions, Wesselmann achieved the precise formal and chromatic arrangement by shifting panels until the composition “locked into place.” In the mode of New York Pop art, which Wesselmann played an integral role in shaping, some of these motifs are specific to their moment, such as the framed portrait of the actress Mary Tyler Moore, while others recur throughout Wesselmann’s oeuvre, from the round orange to the vase of flowers and the radio.

The exhibition will be accompanied by a fully illustrated catalogue, including a new text by Ara H. Merjian, a conversation between Michael Craig-Martin and Jeffrey Sturges, and a chronology by Lauren Mahony.