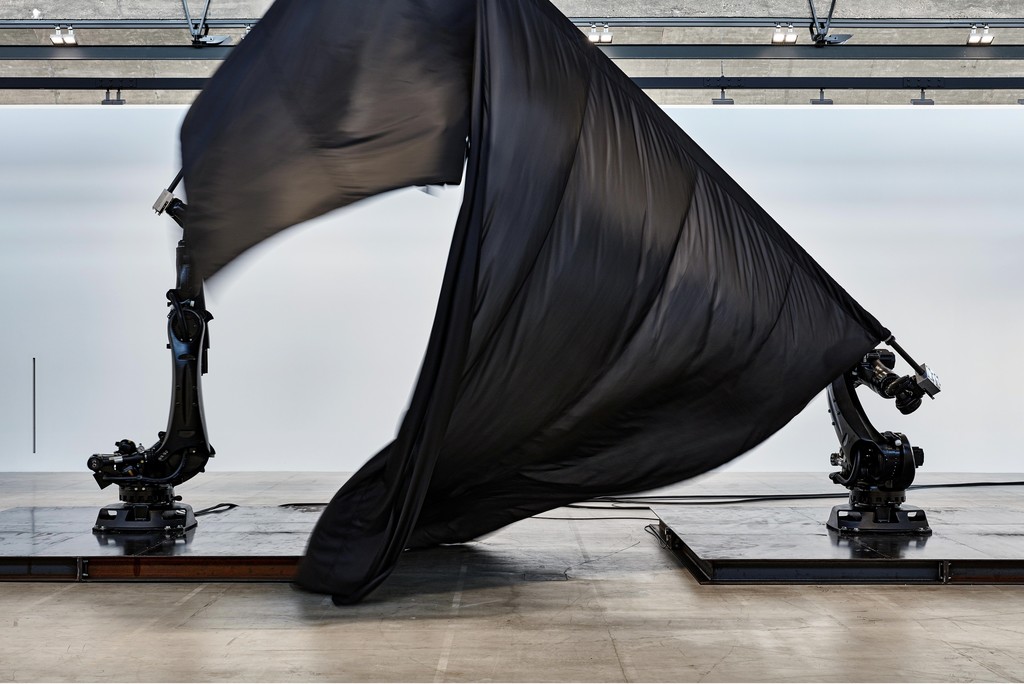 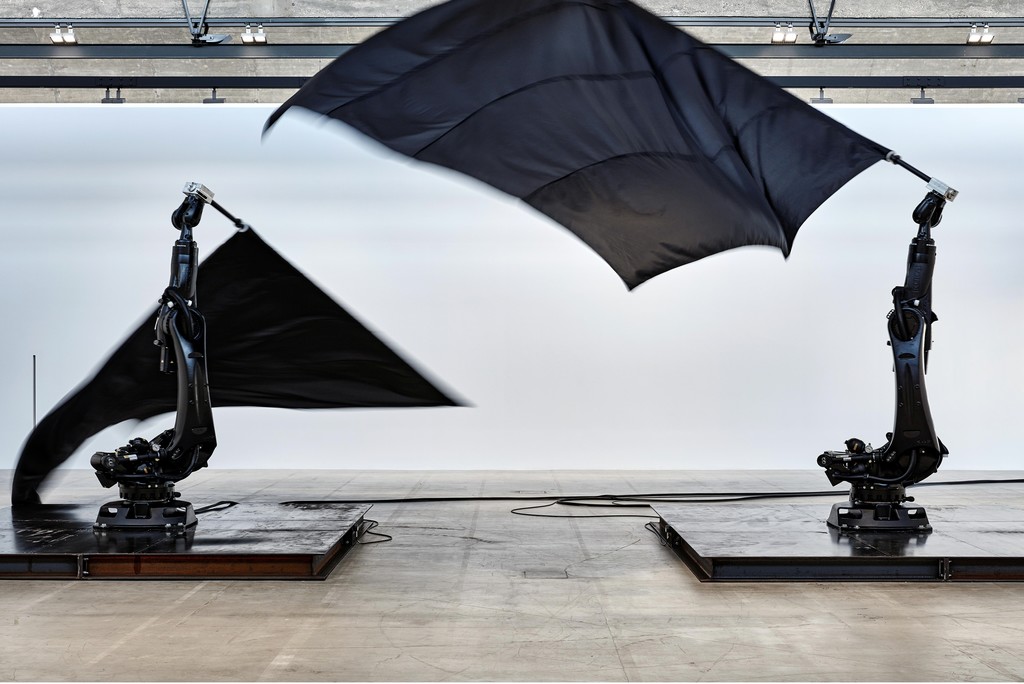 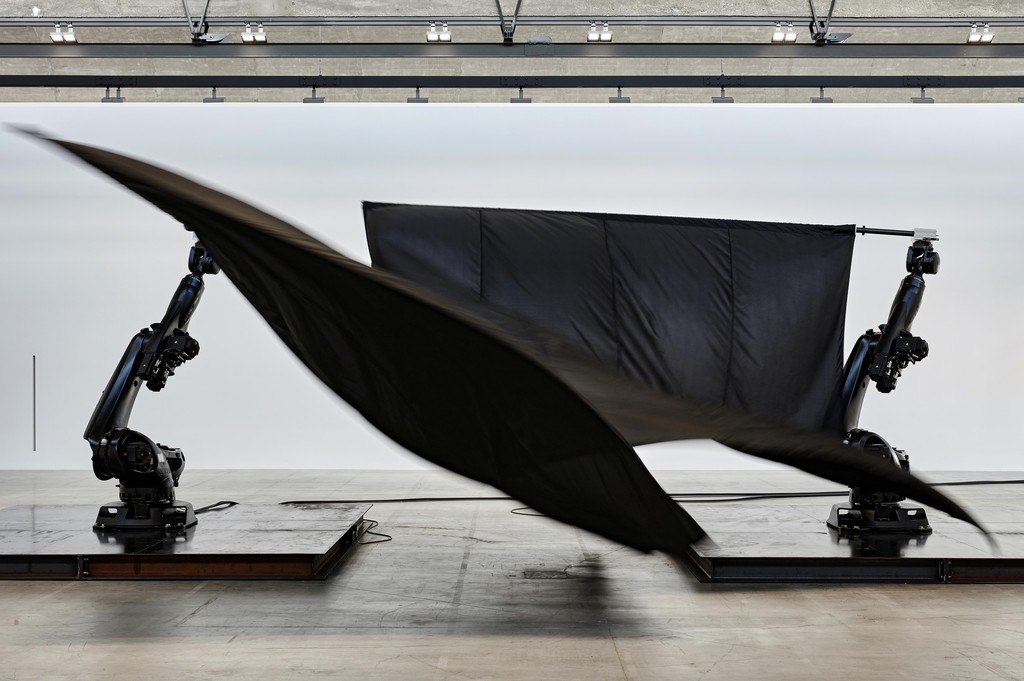 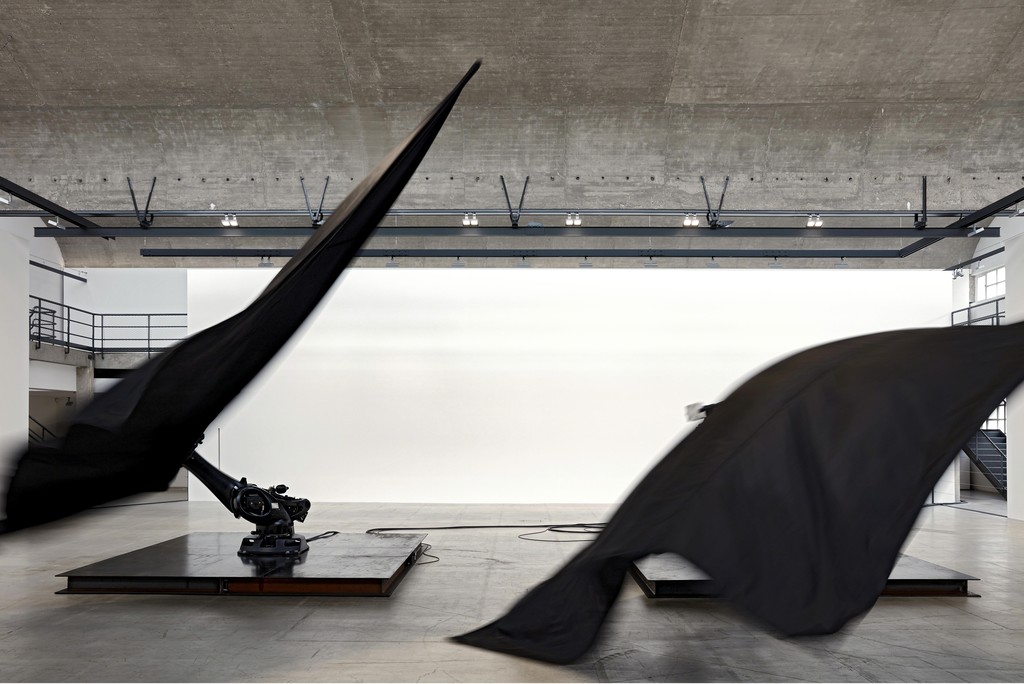 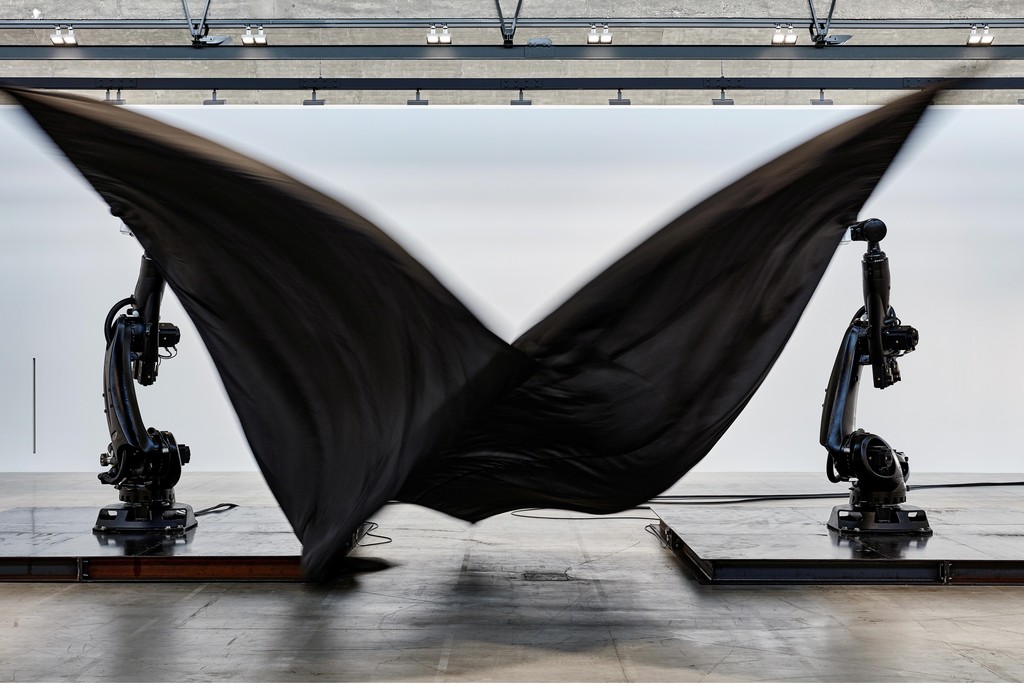 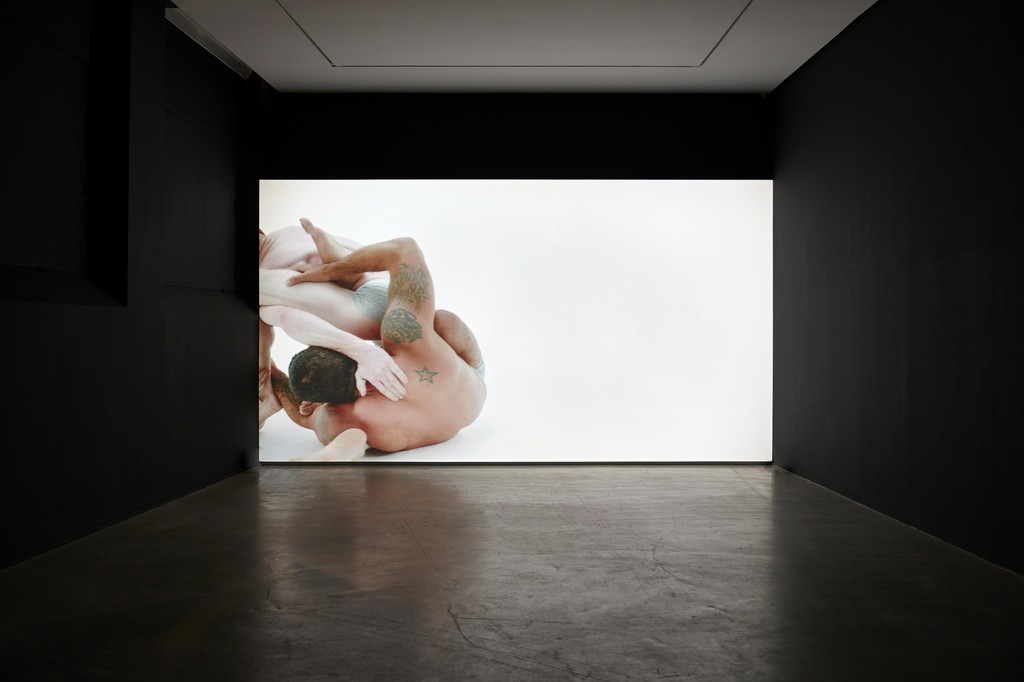 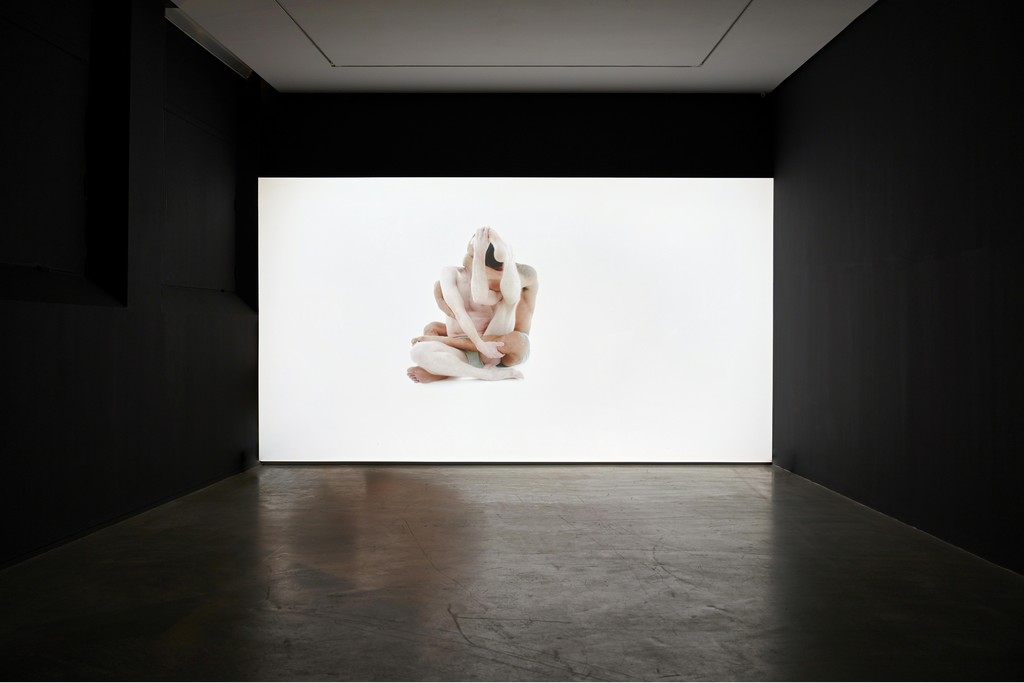 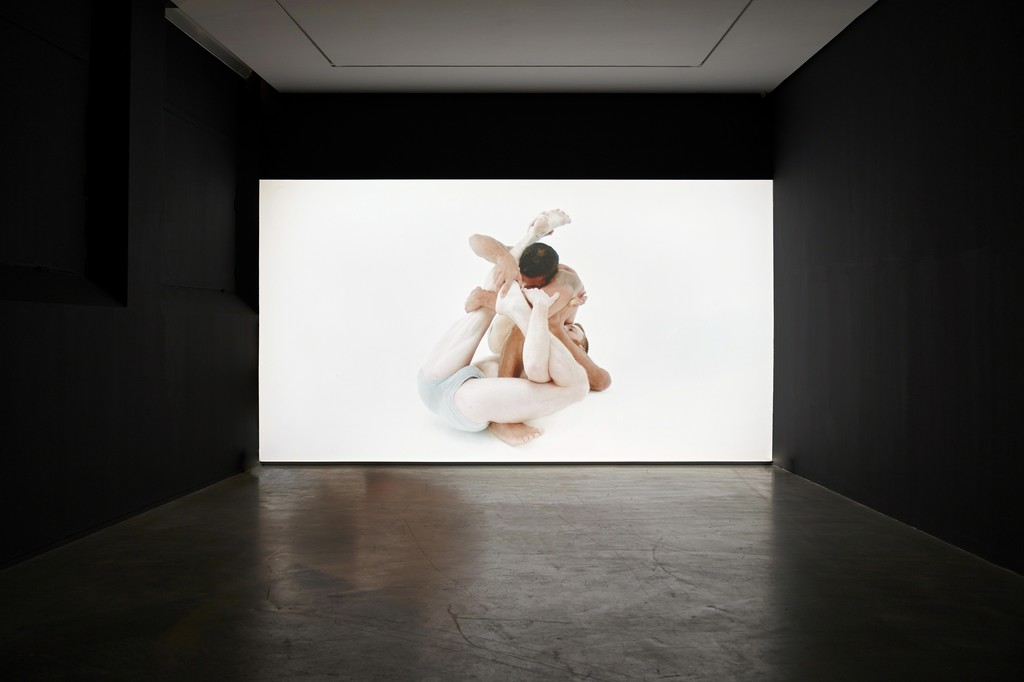 At a time when the art world is embracing choreography in all its forms, Gagosian is pleased to announce the fall presentation of William Forsythe's Choreographic Objects. This is Forsythe's first exhibition with the gallery.

William Forsythe is a radical innovator in choreography and dance, revered the world over, and with an ardent and long-standing following in France. Over four decades, he has redefined the very syntax and praxis of his field, and exerted unparalleled influence on subsequent generations of artists. In the course of his singular career, he has developed an extensive repertoire of groundbreaking ballet choreographies and experimental, non-proscenium-based dance-theater works, as well as an open-access digital platform for dance analysis, notation, and improvisation.

Parallel with the evolution of his choreographic performances, Forsythe has been working for more than twenty years on installations, film works, and discrete, interactive sculptures that he calls "choreographic objects"—beginning in 1989 with The Books of Groningen, a permanent outdoor collaboration with architect Daniel Libeskind. Consistent with his expanded conceptual aim of summoning unconscious choreographic competencies in lay participants, the Choreographic Objects prompt an intensified engagement with their given environments. Early examples—Instructions, City of Abstracts, and Scattered Crowd—were presented at Nuit Blanche in Paris in 2003.

Located in the grounds of an active airport that is also home to the Museum of Air and Space, Gagosian Le Bourget provides an ideal context for Forsythe's Choreographic Objects, especially the thrilling and majestic Black Flags (2015), a 28-minute duet for two industrial robots, originally commissioned by the Staatliche Kunstsammlungen Dresden. Wielding huge silken banners that furl and unfurl through the air like heraldic standards, the two whirring robots come together in parallel, synchronic action, then separate and digress; when they eventually find unison again, it is in stately, deathly counterpoint. In total contrast to this mesmerizing dark spectacle is a small-scale work Towards the Diagnostic Gaze, with which visitors are invited to engage. A feather duster becomes the focus of human will as viewers are invited to grasp hold of it and still its nervous energies. Alignigung is the latest in a series of video installations that Forsythe has created in collaboration with some of the world's greatest dancers. Two dancers—Rauf "Rubber Legs" Yasit and Riley Watts, a former Forsythe Company dancer—grasp each other in complex entanglements, generating optical conundrums where it is difficult to determine where one body ends and the other begins.

None of these works has previously been exhibited in Paris. For this year's Festival d'automne, in December Forsythe will also participate with Ryoji Ikeda in the collaborative project "William Forsythe x Ryoji Ikeda" at La Villette/Grande Halle with a large-scale work Nowhere and Everywhere at the Same Time No. 2, a vast field of suspended pendulums through which participants are invited to move and, in so doing, generate an infinite range of individual choreographies.

William Forsythe was born in New York in 1949, and resides in Vermont, U.S.A.

Notably, Forsythe has developed new approaches to dance documentation, research, and education. His 1994 computer application Improvisation Technologies: A Tool for the Analytical Dance Eye, developed with the ZKM / Zentrum für Kunst und Medientechnologie Karlsruhe, is used as a teaching tool by professional companies, dance conservatories, universities, postgraduate architecture programs, and secondary schools worldwide. 2009 marked the launch of Synchronous Objects for One Flat Thing, reproduced, a digital online score developed with The Ohio State University that reveals the organizational principles of the choreography and demonstrates their possible application within other disciplines. It was the pilot project for Forsythe's Motion Bank, a research platform focused on the creation and research of online digital scores in collaboration with guest choreographers.

In 2002, he was the founding Dance Mentor for The Rolex Mentor and Protégé Arts Initiative. He is an Honorary Fellow at the Laban Centre for Movement and Dance in London and holds an Honorary Doctorate from The Juilliard School in New York. Currently he is Professor of Dance and Artistic Advisor to the Choreographic Institute at the University of Southern California’s Glorya Kaufman School of Dance.