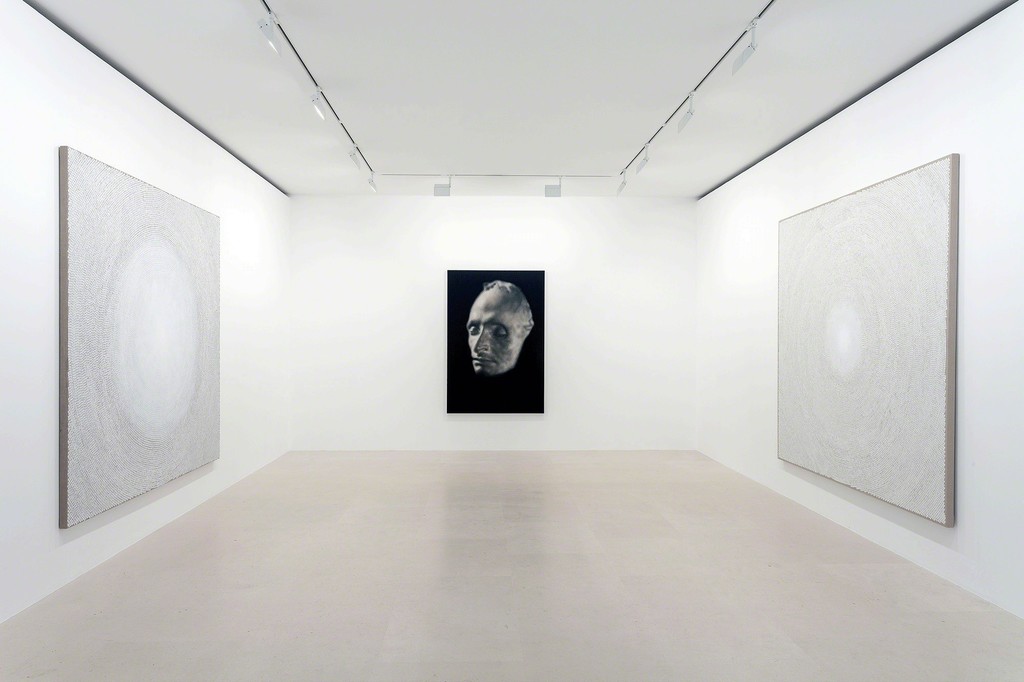 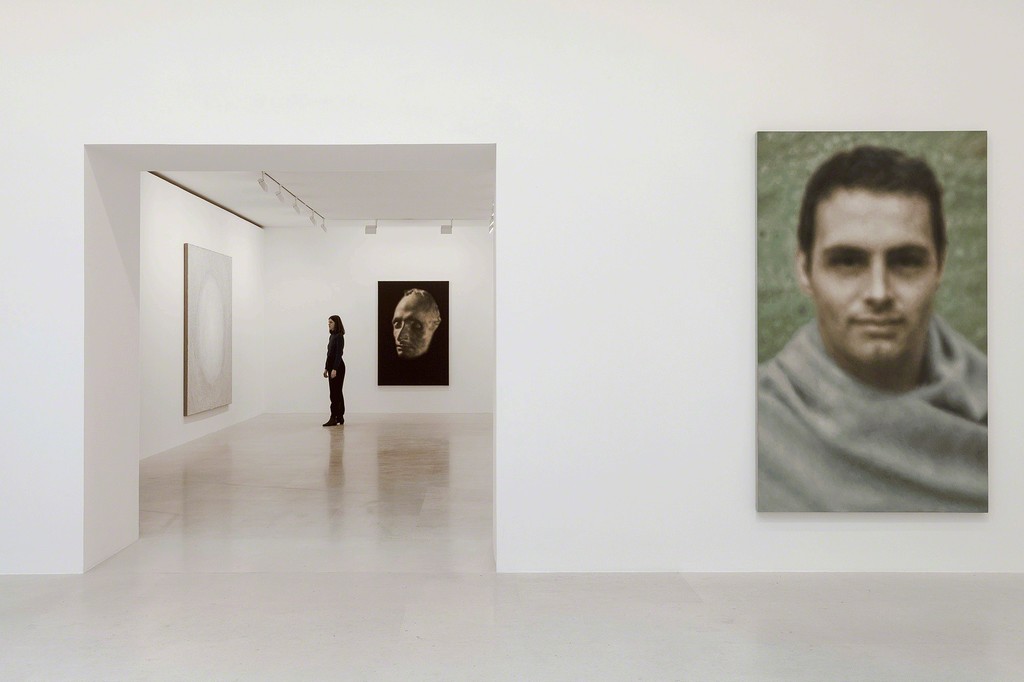 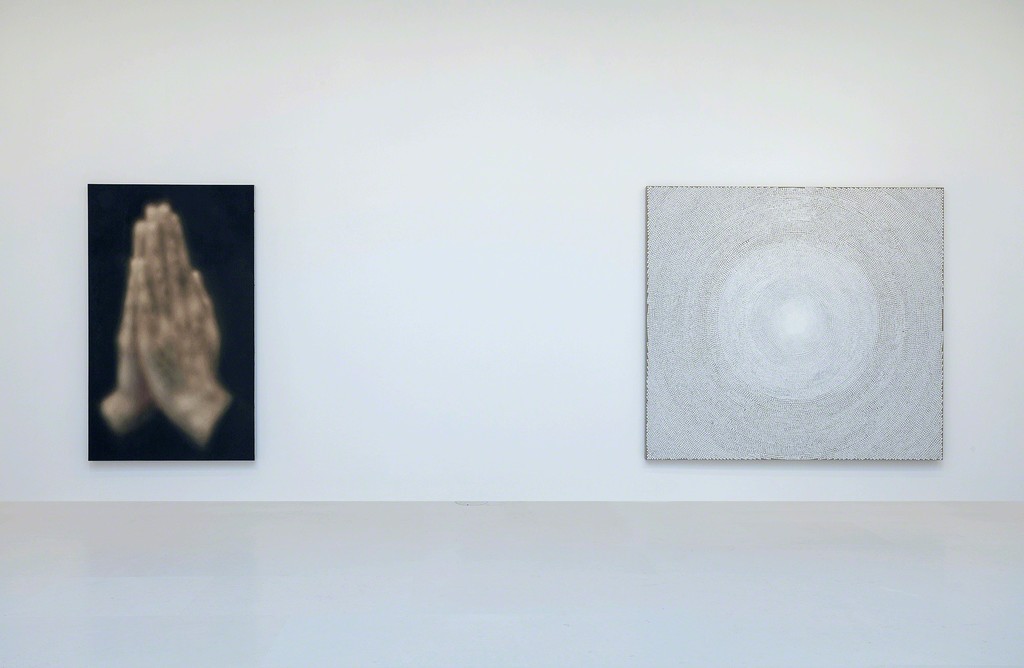 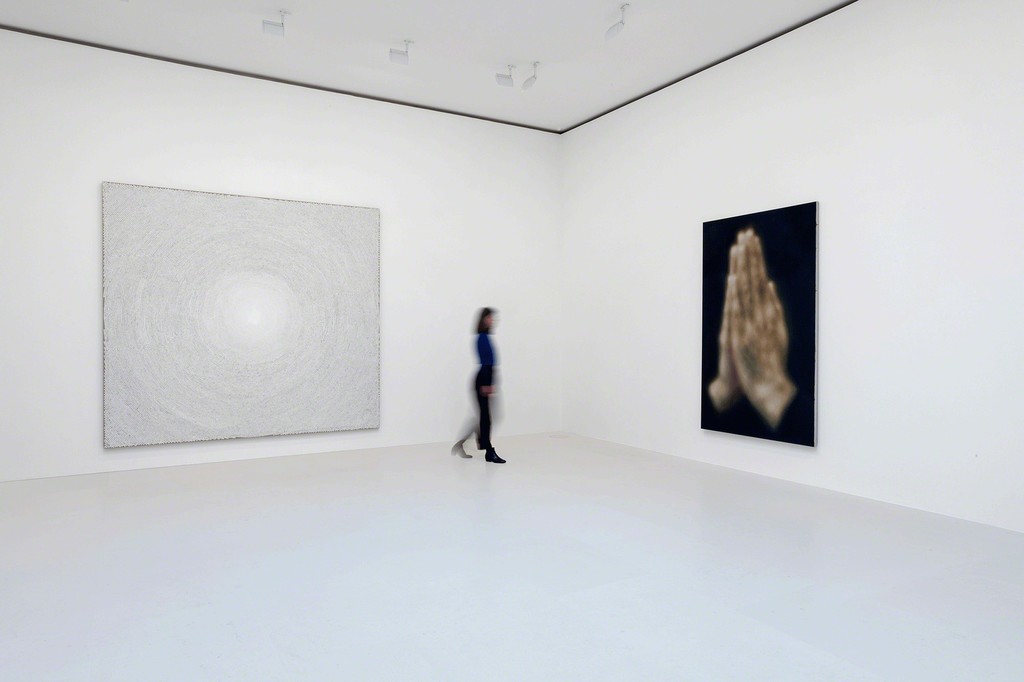 [It’s less of a blur] and more like a tremor, a tremor that conveys a sense of presence. A friend once asked me when I consider a painting to be finished. I replied, ‘When the image starts breathing.’
—Y.Z. Kami

Gagosian is pleased to present “Geometry of Light,” new and recent paintings by Y.Z. Kami. This is his first solo exhibition in Paris.

Y.Z. Kami’s large-scale portraits recreate the visceral experience of a face-to-face encounter. Through a matte, uniform haze, he depicts his subjects with eyes open or closed, gazing forward or looking down. Continuing the art historical quest to locate the unknown within material form, his portraits and abstractions serve as poignant evocations of the sublime.

In this exhibition, Kami aligns the questions of portraiture with the patterns and processes of geometry, considering various ways to seek and represent truth. In one gallery, he juxtaposes two Dome paintings, comprised of concentric circles of tessellated marks, with a looming depiction of the plaster death mask of Blaise Pascal, the seventeenth century French mathematician, writer, and theologian. Pascal spent much of his life investigating the definition of “truth,” arguing that mathematic principles were as close to perfect as they could be, despite their inevitable reliance on approximation. In Kami’s painting, Pascal’s eyes are permanently closed, while the luminous White Domes expand and contract, asserting geometric approximations of their own.

In another gallery, three Dome paintings and two new portraits, of the artist and his partner Daniele, are presented with Daya’s Hands II (2015–16), which shows two hands with palms pressed together in prayer. Painting himself as an adult for the first time, Kami found that he blurred his own face even more than those in his other portraits. Peering through his glasses, he tempts the viewer to squint through the haze as well, as if the image might come into focus. As Kami’s portrait stares across at a White Dome, the portrait of Daniele also looks forward, meeting the tranquil peak of the prayerful hands. In all, the dilating centers of the Domes and the intersecting gazes of the portraits create an invisible triangulation through the space, a matrix that is felt but not seen. Upstairs, the dramaturgy continues: a series of smaller Gold Domes flicker and glow, while Black Dome (2017) absorbs the gaze into an aperture-like center—a geometric passage into light.