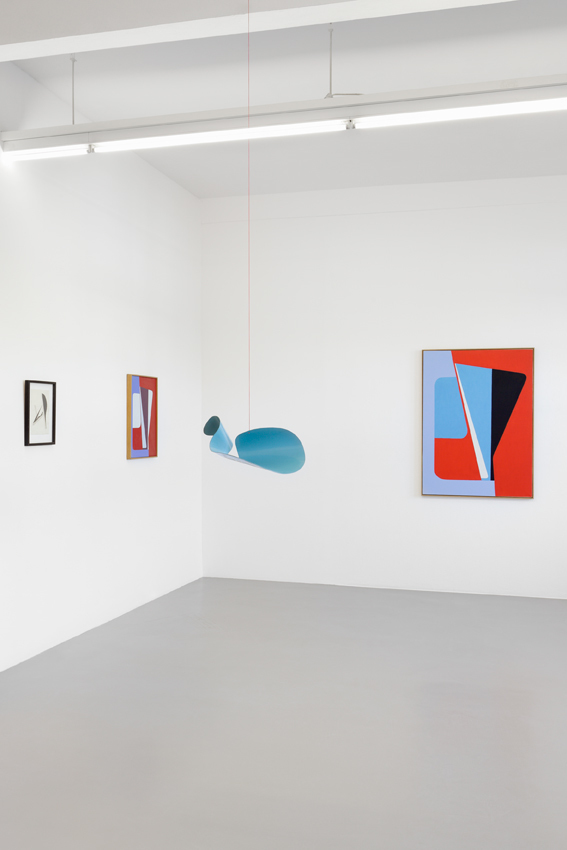 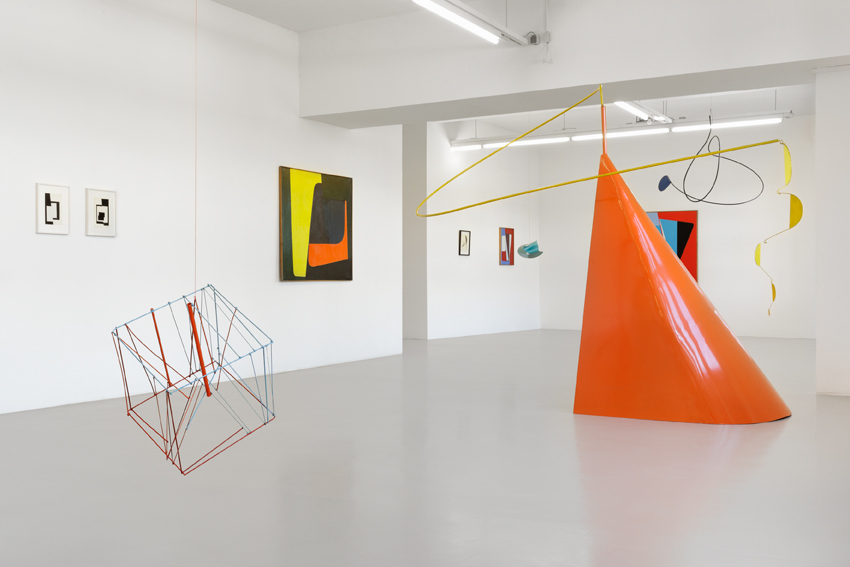 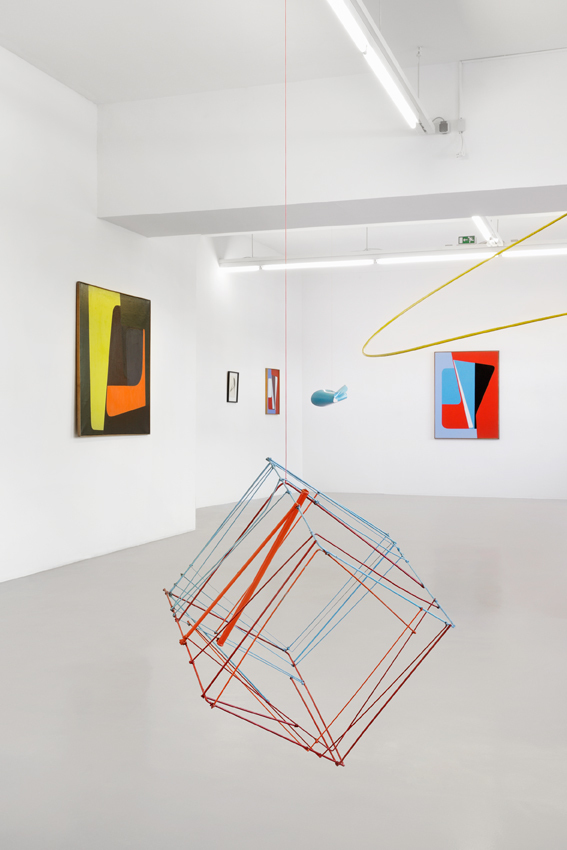 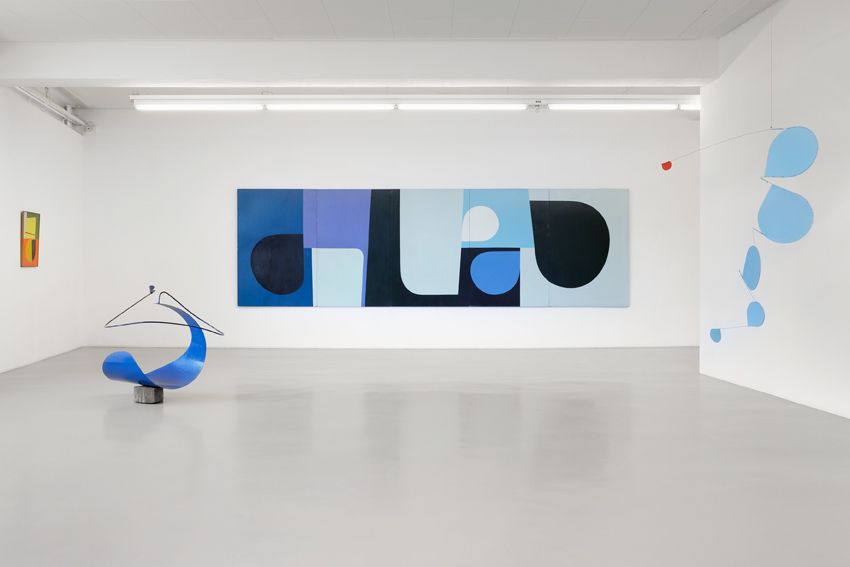 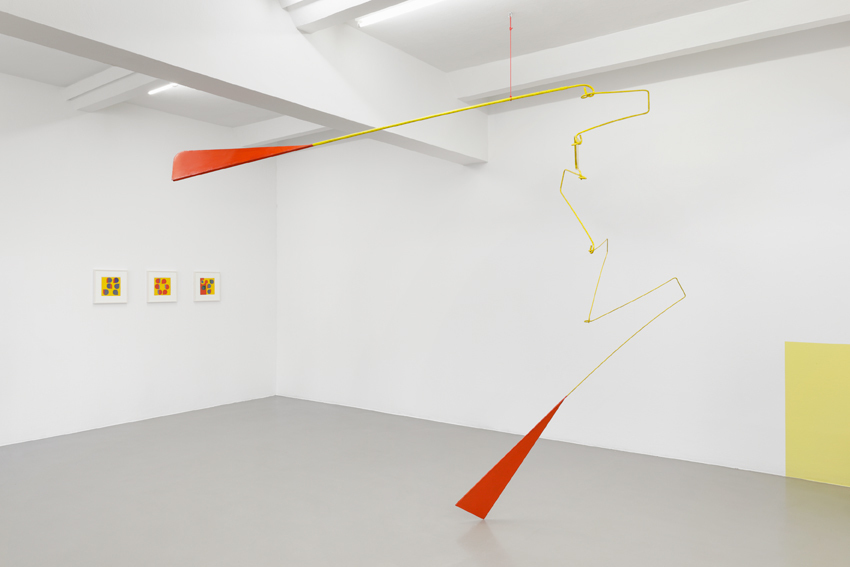 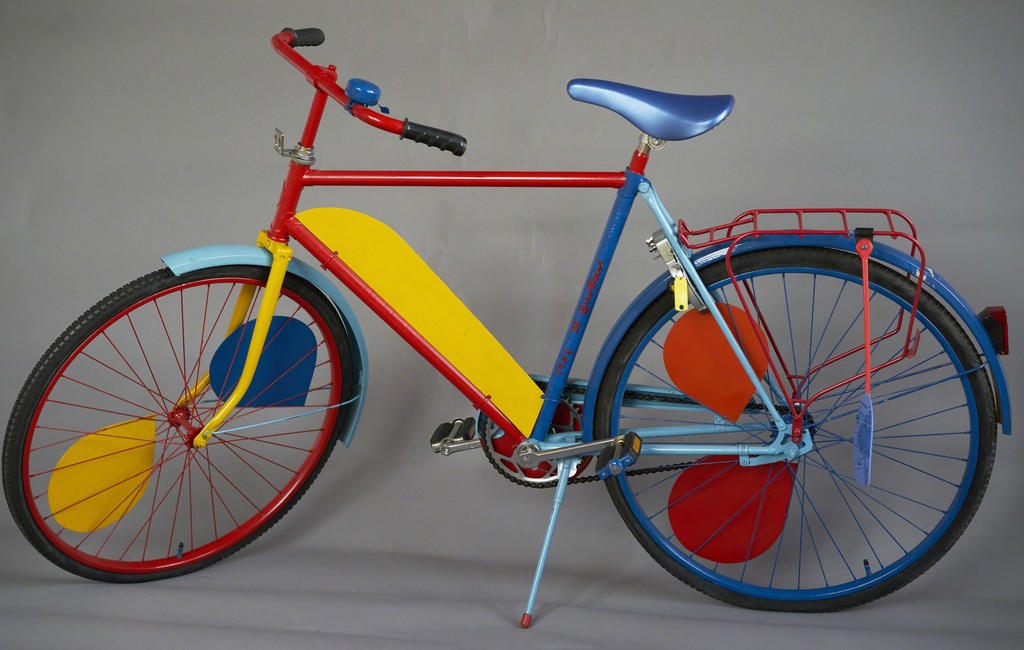 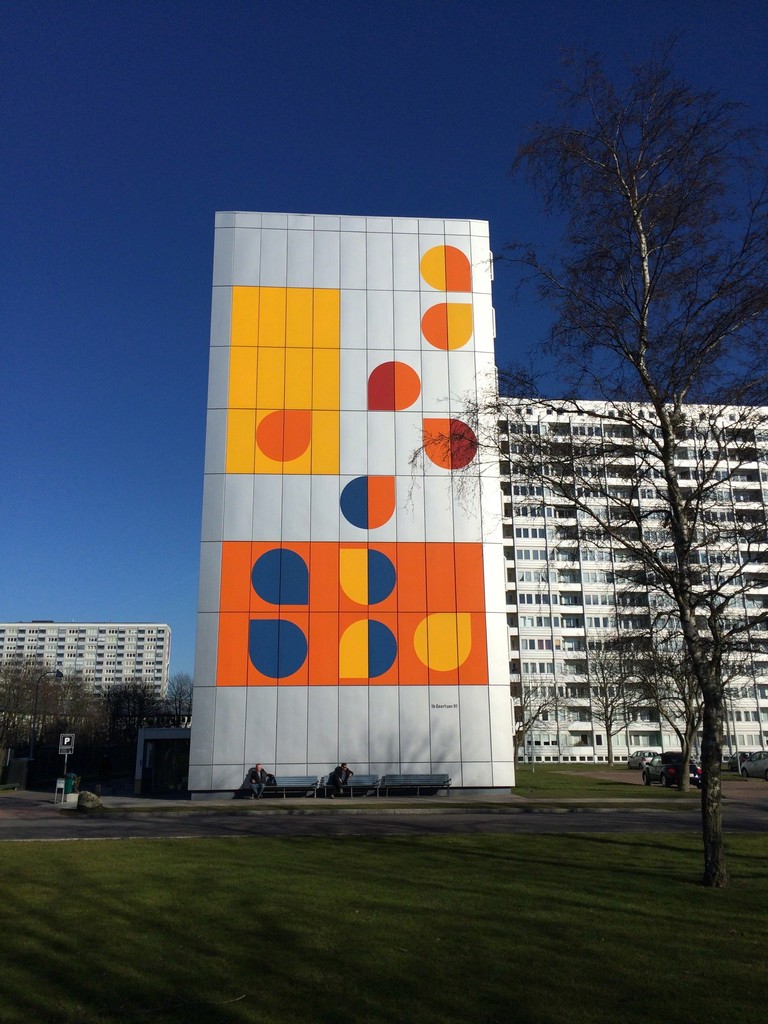 Ib Geertsen (1919-2009) is one of the most important representatives of Danish Concrete Art and is highly regarded in his home country. His mobiles, paintings, and paper works are featured in major museum collections. His murals and “drawings in the air”, as he called his mobiles, have become iconic public art works in many danish cities. And his forays into the applied arts and the playful poetry of his colourful geometric shapes remain highly relevant today. Critic and curator Lars Bang Larsen wrote in Artforum in 2003: “Ib Geertsen is practically a father figure within Denmark’s artistic household. Generations of Danish artists have grown up with his colourful formalism in museums and public spaces, and now a younger audience has rediscovered Geertsen’s sensuous cool.”

Given the quality of Geertsen’s artistic oeuvre, on par with international contemporaries such as Richard Paul Lohse, Niele Toroni, Serge Poliakoff or Alexander Calder, it is surprising that his work is nearly unknown outside Denmark. Without a doubt, his art contains tendencies that are now (again) part and parcel of contemporary artistic production. Many aspects of his work—his colour palette and expressive geometric forms unencumbered by symbolism, but emotionally charged, the interweaving of balance, motion, light and space, and the artist’s way of crossing genre boundaries to form a direct link with people in their everyday lives—are still very up-to-date and enjoying a revival of sorts in many current artistic positions.

Geertsen’s exhibition at the GAK Gesellschaft für Aktuelle Kunst marks the first-ever showing of his work in Germany and befits GAK’s tradition of staging occasional exhibitions of an older generation of artists whose work has anticipated developments in contemporary art (most recently Vlassis Caniaris in 2012). The presentation assembles a selection of Geertsen’s mobiles, paintings and paper works since the 1950s and moreover includes a generic documentary of his projects for public spaces and his designs in the Applied Arts. The show is complemented by a „museum shop“ that offers a selection of design objects inspired by Geertsen and exclusively developed for the show for sale.

Ib Geertsen was born in Copenhagen in 1919, where he died in 2009. He first trained as a gardener in the 1930s before becoming a self-taught artist. He was a founding member of the artist group Linien II, which between 1949 and 1952 served as a link between Danish Concrete Art and international artists working in the same vein. Since the 1950s, his work has been a part of many international group exhibitions on concrete art and presented in solo exhibitions by Denmark’s most important art institutions. His works are represented in the main collections in his home country (i.e. National Gallery in Copenhagen, ARoS in Aarhus, Sorø Art Museum or Trapholt in Kolding). Between the 1960s and 1990s, he also realized numerous public art projects throughout Denmark and made design drafts.

The exhibition will be accompanied by an extensive side programme and is curated by Janneke de Vries. Subsequently a catalogue will be published.