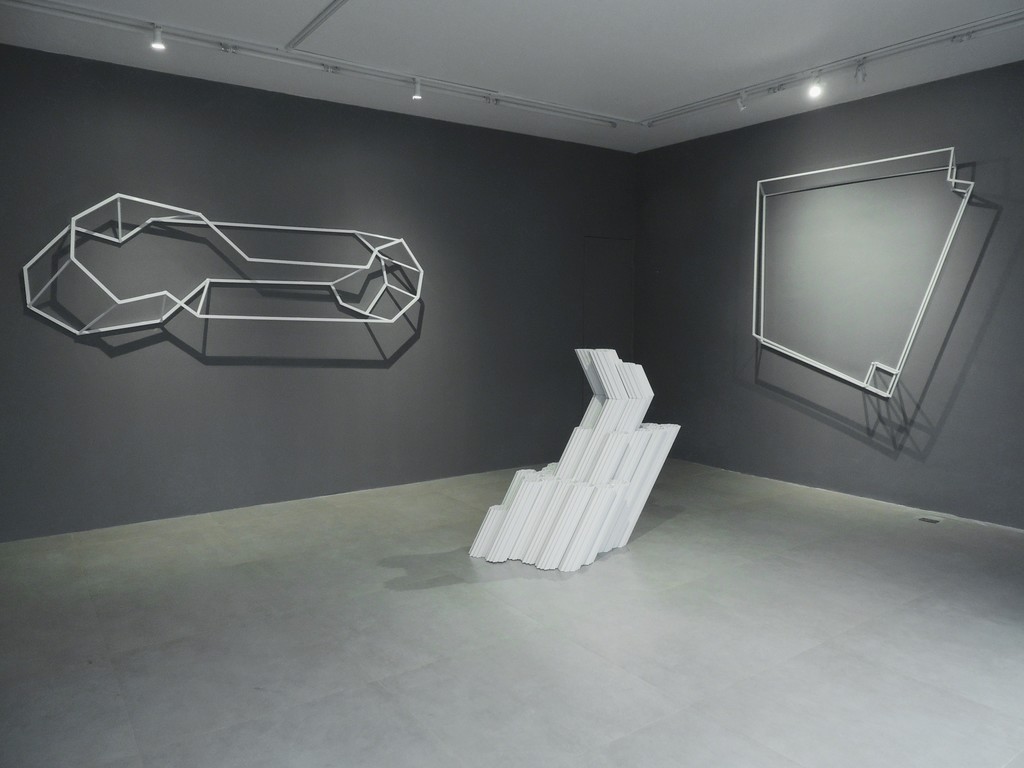 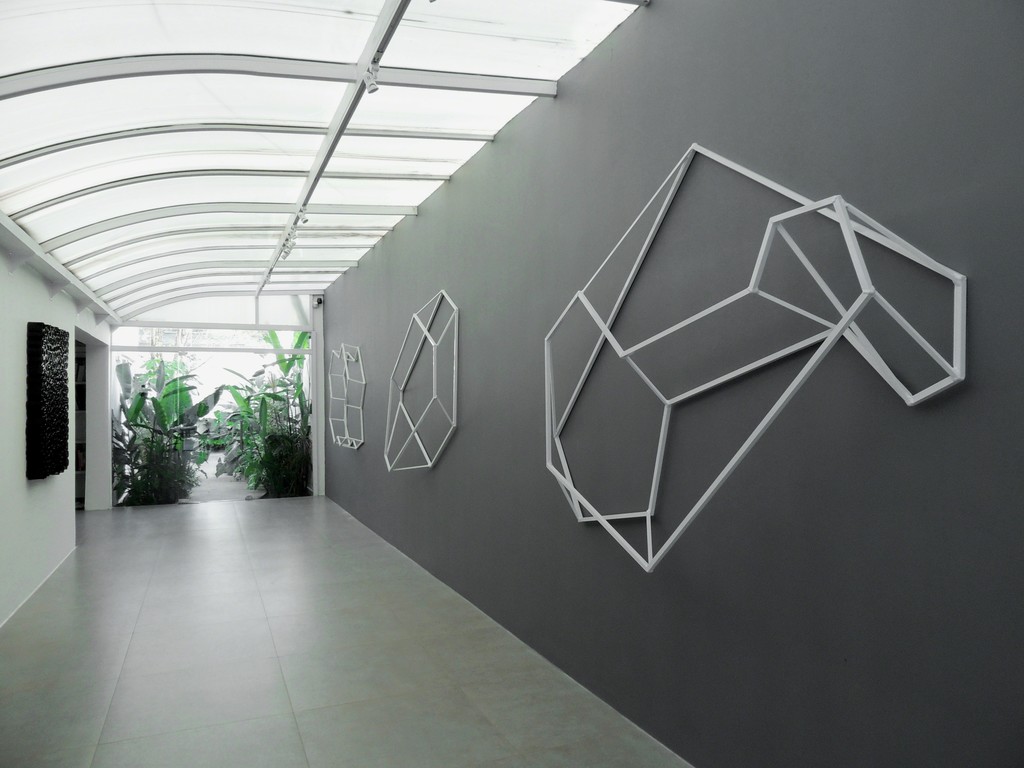 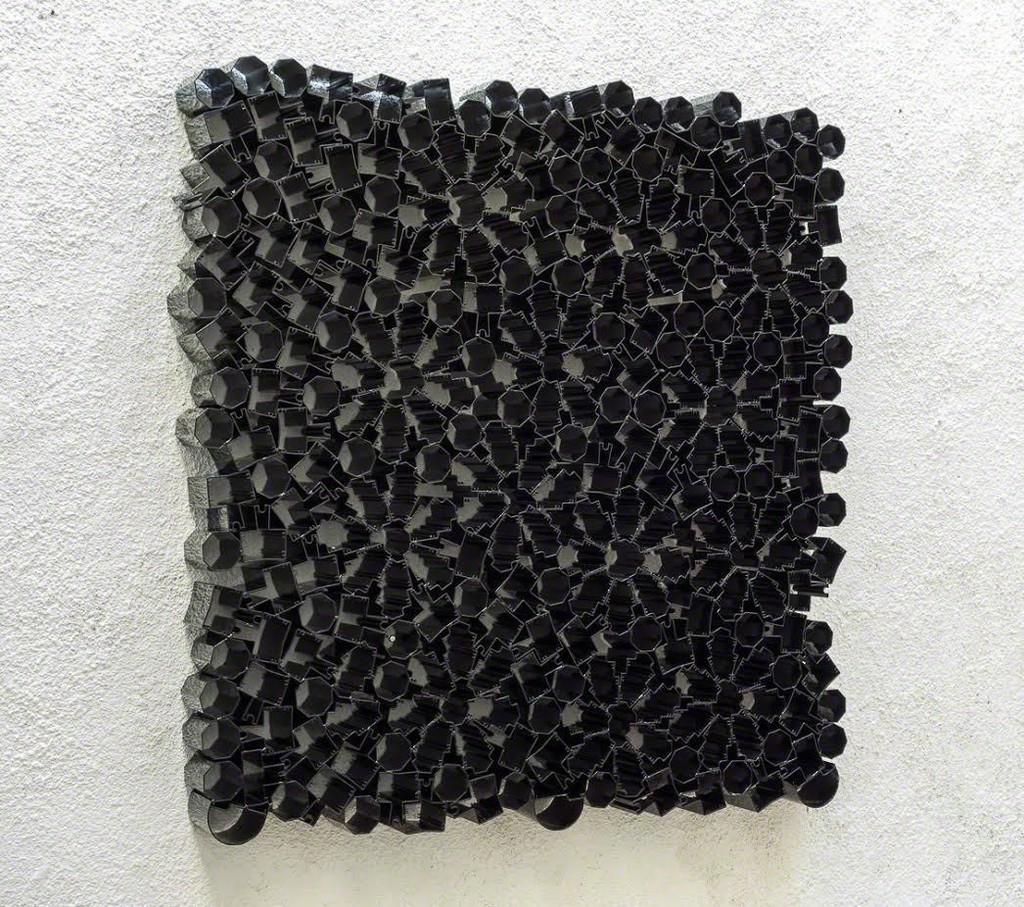 "Only in language, as well as constructive art, takes place human elevation from the level of sensitive 'perception' to the level of the essentially ideal ‘view’. Both are the organs that, in their use, mutually own each other and operate together for the acquisition of an intuitive depiction of the world " Ernst Cassirer stated.

Since its emergence, the Concrete Movement claims that art should be "entirely conceived by the spirit before its execution and built up with plastic elements in search of purity and formal rigor"1. The meaning of the work is the work itself. In the early 50s, under the impact of the 1st Biennial of São Paulo, Grupo Ruptura (Rupture Group) declares in its concrete manifesto: "art is a means of knowledge deductible from concepts.”
Without attachment to definitions and with Concrete Art influence, the works of the Geometria Invertida (Inverted Geometry) exhibition display a mutable world that never stays the same, but depends on the interaction and intuition of the viewer for its constitution. Squares, triangles, rhombus, and rectangles, white or black, aluminum welded, appear in different forms and harmonically destabilize each of the pieces that emerge in gestaltian graphic forms. The reality of the works are themselves, they do not express a meaning present there, previously known, but give a new physiognomy and significance to space as a whole.
Despite the mathematical reasoning, the creations of Luiz Hermano occur from the disarray of geometric shapes that, in his ideas, seem to become malleable and intuitive. The sculptures undress from its rigidity to inhabit the imagination and the dreamworld.

The exhibition Geometria Invertida opens itself to multiple approach possibilities and frees us to our own daydreams, displaying each piece as a “world instant”2.
Curatorship | Paulo Kassab Jr.