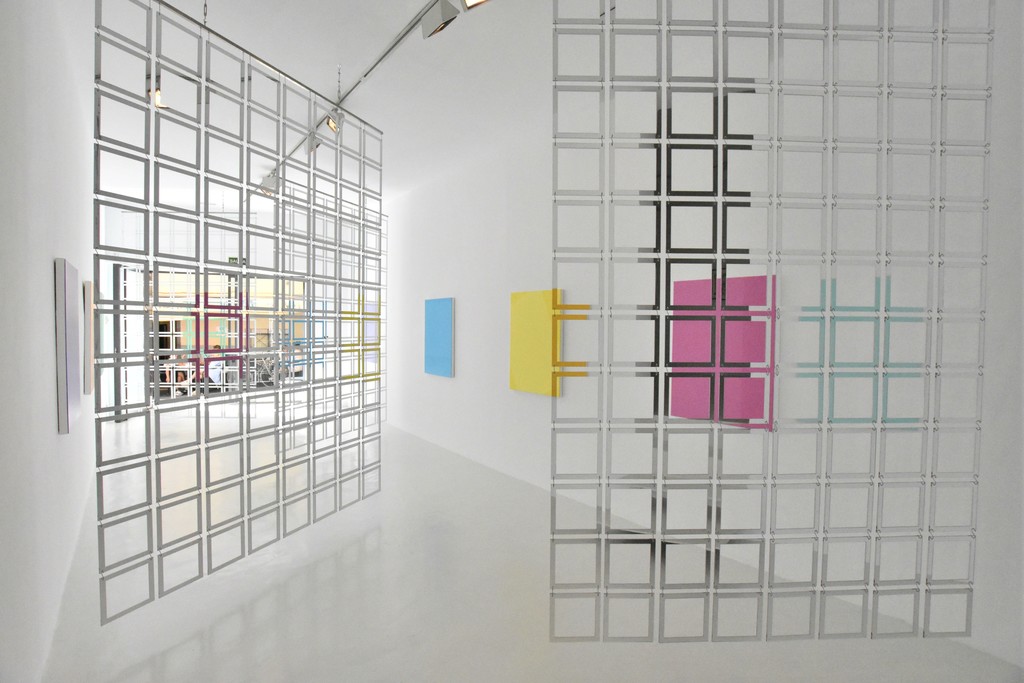 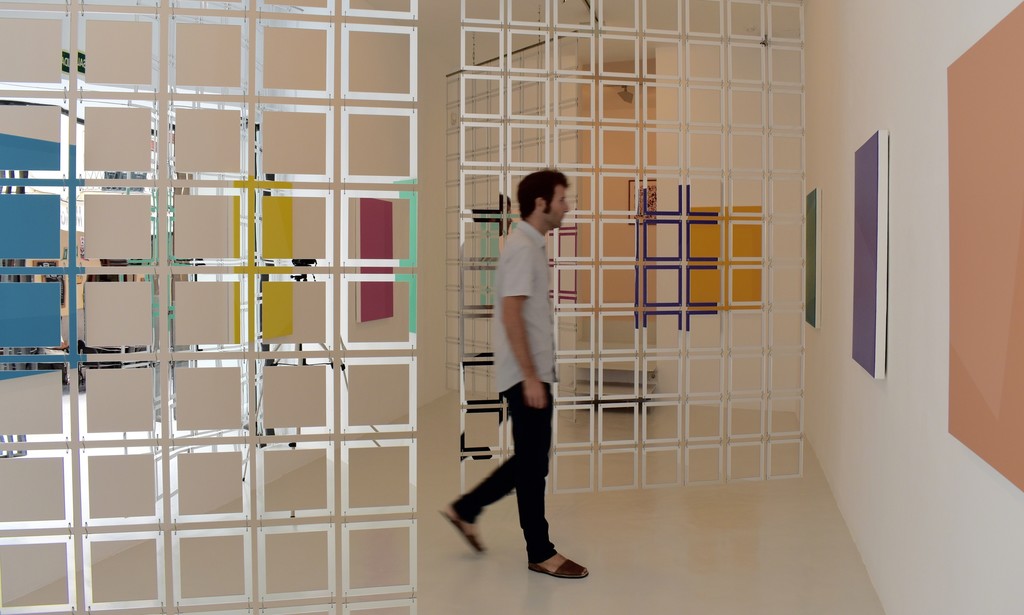 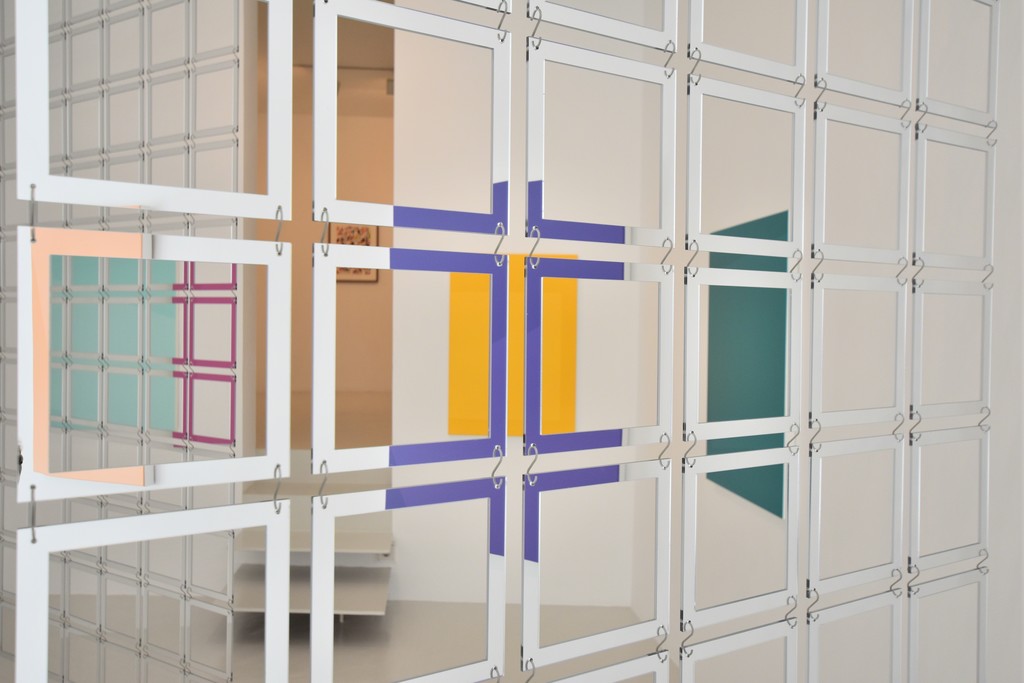 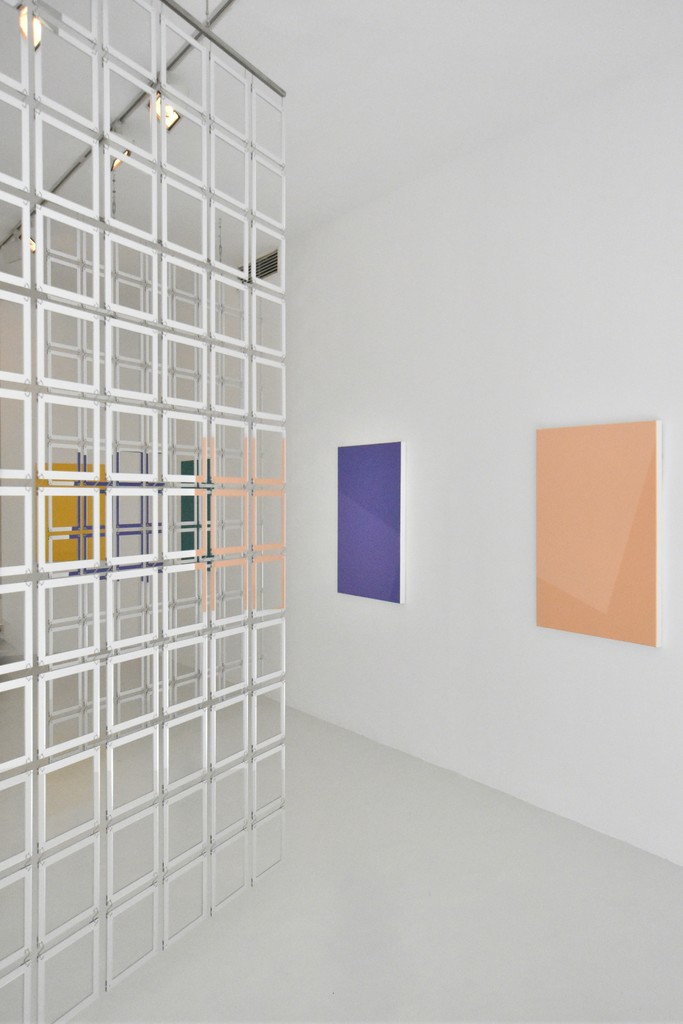 Galería Maior is pleased to present Walk The Line, an exhibition by Antwerp-based artist duo Carla Arocha and Stéphane Schraenen.

Carla Arocha (Caracas, 1961) and Stéphane Schraenen (Antwerp, 1971) artistic practice is the result of a common effort and a shared vision that has been uninterruptedly developing since their first official collaboration at the Kunsthalle Bern in 2004. The work of Arocha + Schraenen is a constant enquiry on visual culture, modes of perception and, more broadly, on reality itself. Their practice is influenced by the 20th century European and Latin American abstract tradition specially by those experiences stemming from Minimal Art and Op Art. Their work is characterised by a great formal coherence that has allowed them to develop a highly singular artistic vocabulary which very often takes the form of site-specific installations and concerns itself with the productive relation that arises between subject, object and context.

For this exhibition the artists have conceived Walk The Line (2018), an installation that includes their signature modular veils that although ethereal in appearance dramatically transform the gallery space. These curtains made of double-sided plexiglass mirror not only restructure the space but also deeply affect our perception of it as well as it raises questions about our own subjectivity. The rigid square shaped grid sharply contrasts with the resulting optical illusion where an infinite mesh of crossed reflections mercilessly fracture the space thus forcing the viewer to physically and affectively reposition itself. It is indeed the viewer’s continuous self-questioning what triggers a form of self-awareness that allows Arocha + Schraenen to investigate issues around perception and meaning making processes.

In addition, Walk The Line (2018) also points to Arocha + Schraenen’s interest in choreographing the movements of the viewer; in this case we see how the distribution of the curtains imbues the space with a certain sense of rhythm and fluidity that influences the viewer’s behaviour and pace. Adjacent on the walls there are a series of near- monochrome paintings that effusively interact with the installation adding an element of colour that enriches the overall optical illusion. After a closer inspection, however, the Lime, Violet, Ochre, Light Green...(2015) paintings, whose colours where chosen randomly and painted using mechanic procedures, reveal subtle paler shades shapes that reference the paintings’ own formats. By pairing down these paintings with the aforementioned installation, we perceive not only a desire to allow the paintings to transcend themselves, to occupy the space, but also a will to create a sensory and psychological experience that somewhat recalls the 50s-60s Neo Concrete experiments in South America.

The pristine quality of Arocha + Schraenen overall body of work should then not be misunderstood as self-contained or autonomous. Quite the contrary, their artistic practice transcends the more static concept of the exhibition to give way to a form of exhibiting that is closer to a situation or event—Arocha + Schraenen multilayered work is the result of a complex entanglement of ideas that creates an inner narrative that favours a dialogue between the pieces, the space and the viewer. In such a context, the viewer is at the centre of their artistic concerns as it is only with his or her physical presence that the works activate. The beholder’s moving eye is key in Arocha + Schraenen practice in order to exhaust all the possibilities of a given space and to trigger an intimate process of interaction with the works on display.

The contiguous space showcases the Untitled (2016) and Trait (2005-2017) drawing series that again underlines the reflexive and collaborative nature of Arocha + Schraenen’s artistic practice. The result are delicate and harmonious compositions that although draw from the European lineage they also distance themselves from it by relaxing the grid’s rigidity and by using a vivid and rich colour palette. These drawings also contain a playful tone meant not only to ‘trick the eye’ but also to increase the emotional and affective engagement with the viewer.