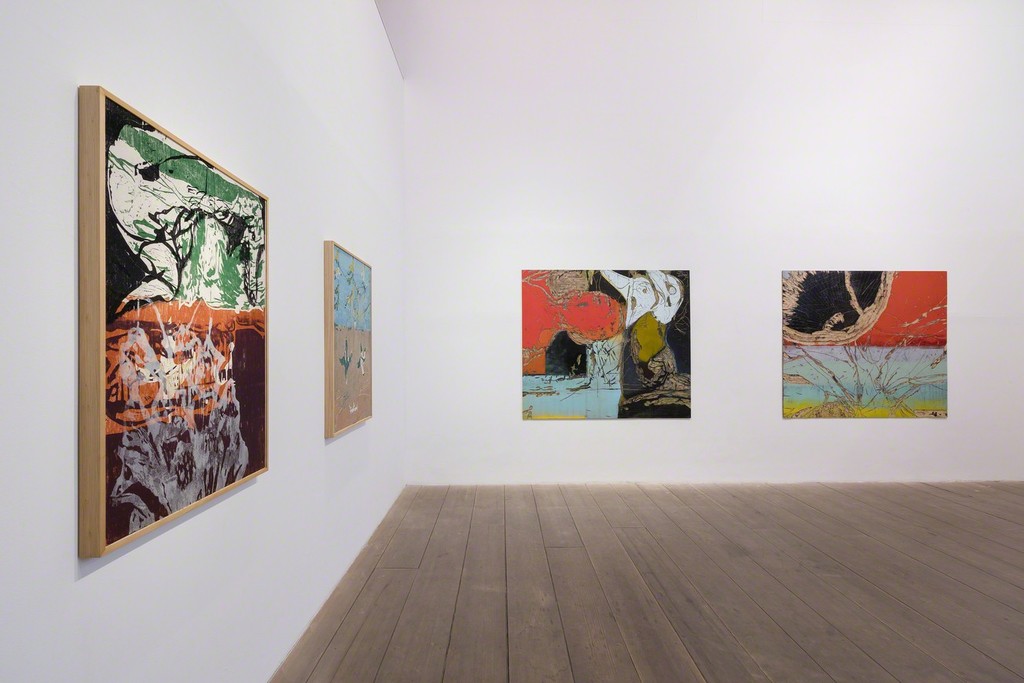 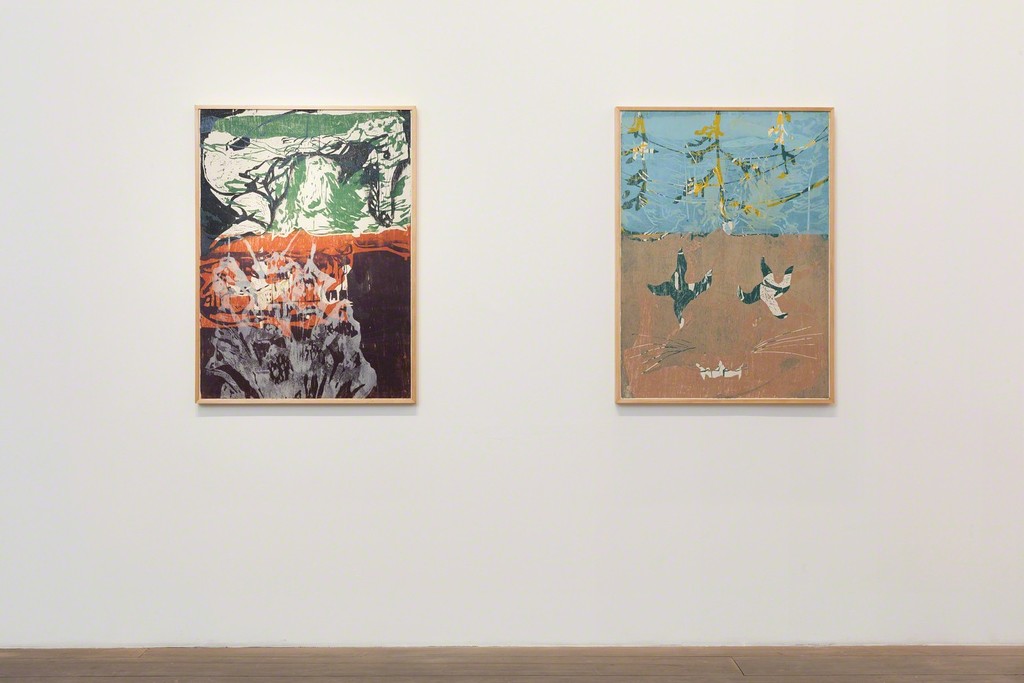 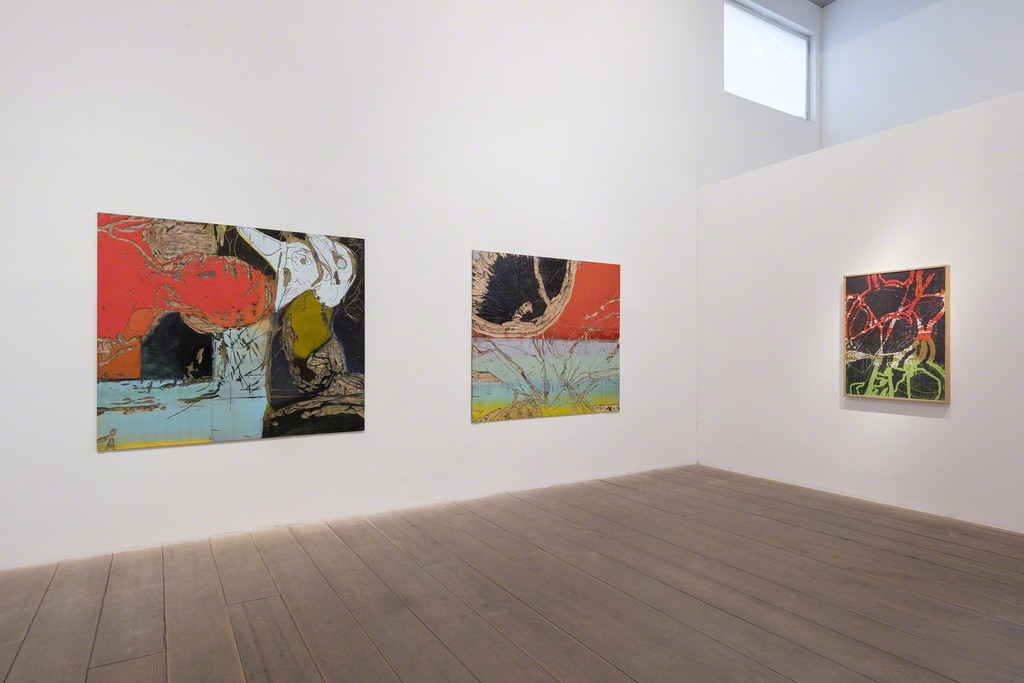 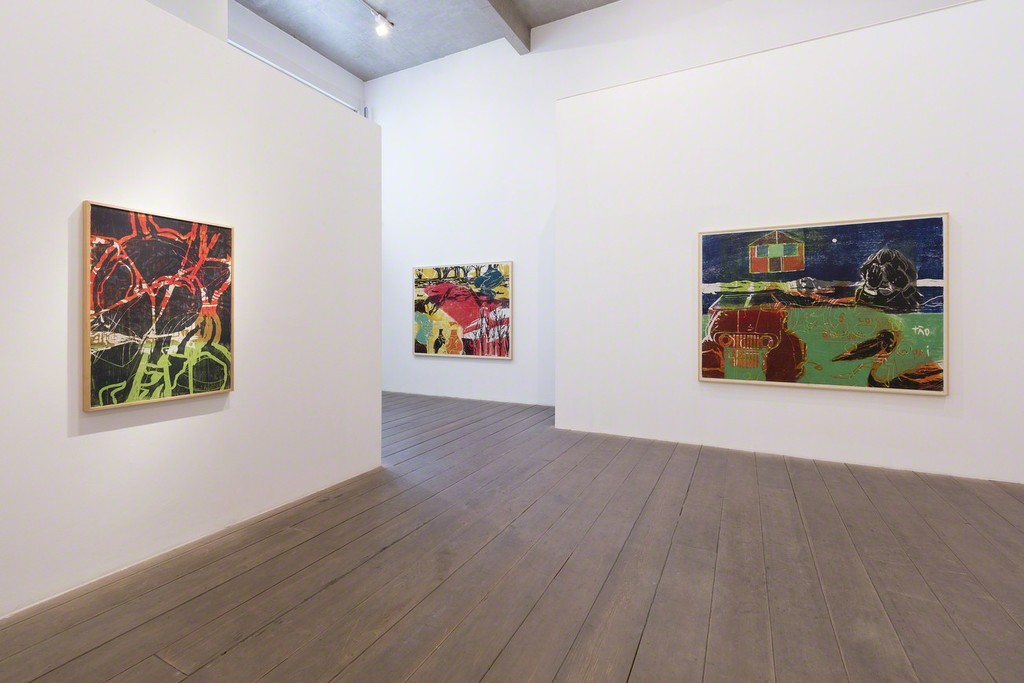 The title, Yamatãma, coined by the artist’s daughter is an evocation of a cure, a prophetic and mysterious word with specific powers. It was appropriated from her drawings and used for the sonority it evokes, naming a series of unprecedented works.

In this, Lopez’ second solo show at the gallery, he recreates fragments of landscapes, the fruit of personal situations experienced over the past three years. His current production reveals a growing interest in the pictorial character of the images produced through wood engravings where the printed paper and the matrix unfolded into autonomous and unique pieces.

By exploring the repertoire of matrices in various prints, faced with a usage that is almost indiscriminate from the color, the engraved wood acquires a sense of its own, determining a depletion of its function and coming to serve as a new plane for a possible painting. It joins color and the actual drawing engraved on the surface of the material, uniting left-overs of prints in direct paint applied with the rubber roller.

Meanwhile,the printed images arise without a pre-determined printing schedule, turning the ordering of the various items of information coming from the matrices into a laborious process: from the drawing, the transfer to the wood, the engraving and then the printing. The color acts as a narrative element that links together the planes.

From his way of working, allying large scale to the extended gesture of woodcutting, Lopez imbues xylography – one of the oldest artistic languages - with a new perspective.

ABOUT THE ARTIST
Santos, SP, Brazil, 1977.  Fabrício Lopez lives and works in Santos and São Paulo. Master in visual poetics graduated by ECA-SP under the tutorial of Cláudio Mubarac, is founder member of Jatobá Cultural Association – AJA and of Ateliê Espaço Coringa, which between 1998 and 2009 has produced collective activities such as exhibitions, publishing, videos, lectures, exchanges and artistic residencies.

He has presented solo exhibitions at Centro Universitário Maria Antonia, at EstaçãoPinacoteca – SP and Centro Cultural São Paulo, integrates public collections of Pinacoteca Municipal and of State of São Paulo, Casa do Olhar – Santo André, Municipal Secretary of Culture of Santos and the Ministry of Foreign Affairs with the 1st award for artworks in paper from the program of acquisitions of Itamaraty.