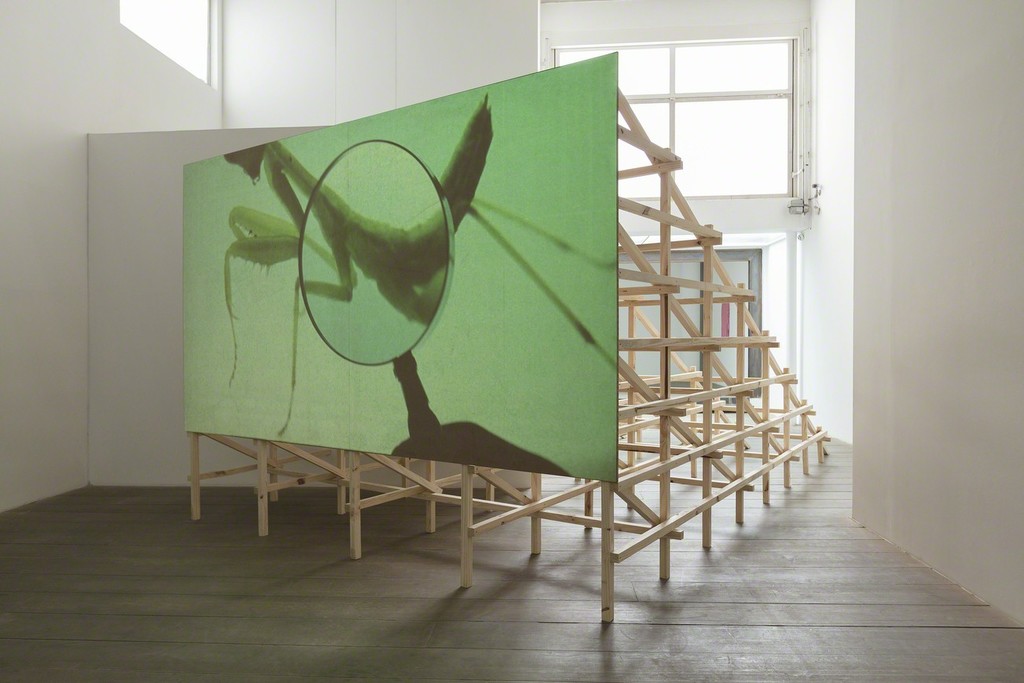 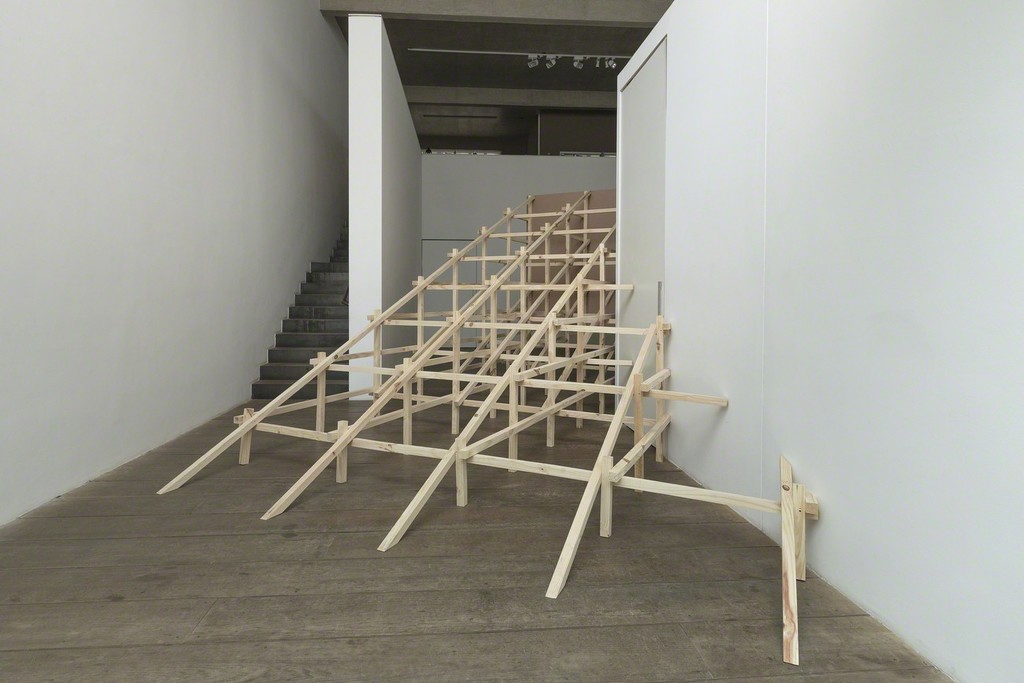 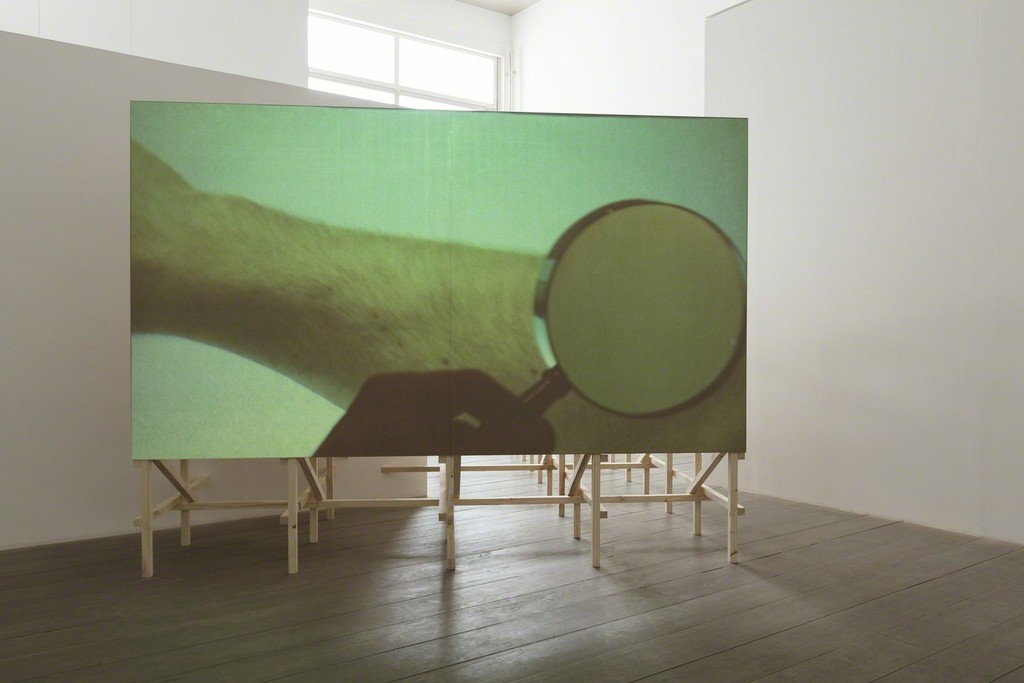 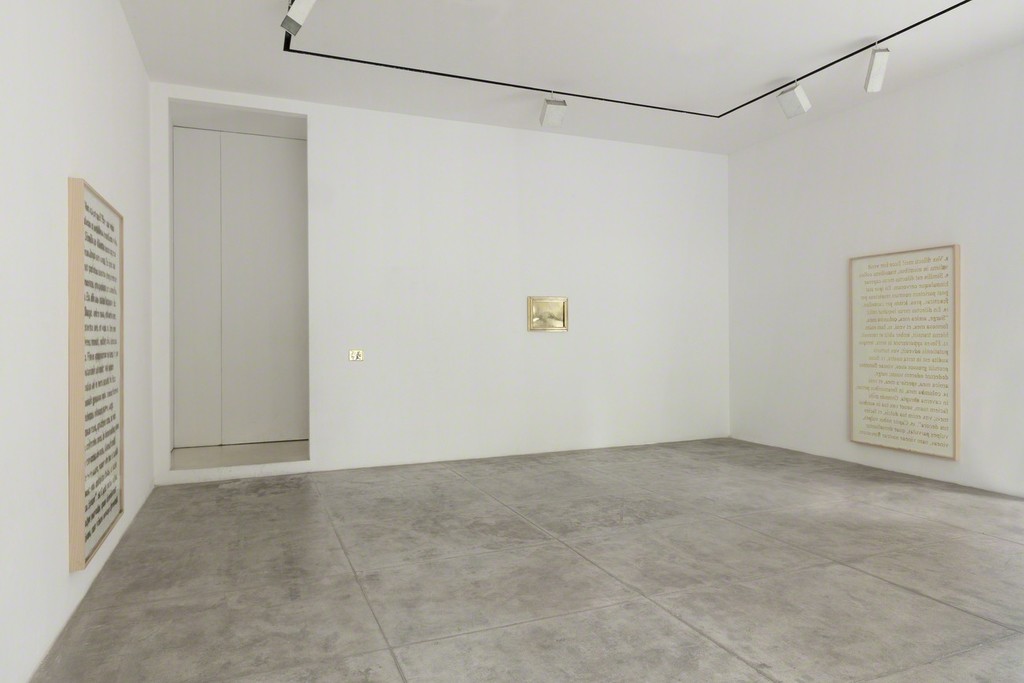 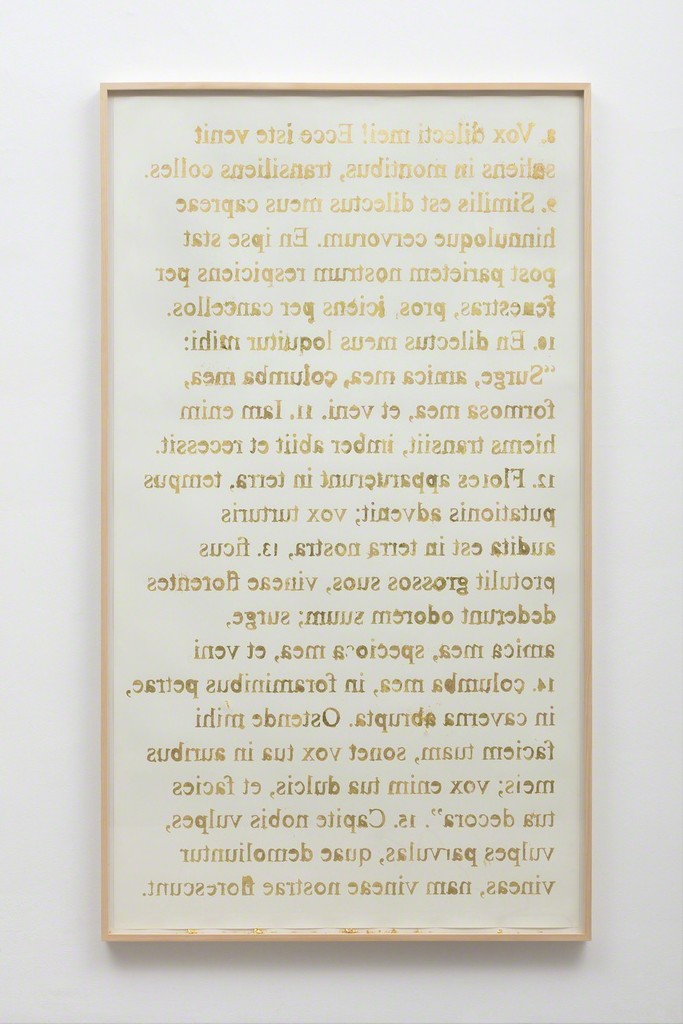 Marilia Razuk Gallery presents Milagre [Miracle] by Vanderlei Lopes - his third individual show at the gallery - which opens on 17th November. The exhibition focuses on his recent and unsown works and occupies both of the gallery’s addresses.

The body of work in the show takes the act of perception as its central theme, spanning mediums such as film, wood, fire, gold, bronze, powder and paper. Together, they combine a variety of procedures and temporalities that dialogue among themselves in the sense of reflecting on light and how art arises in the exhibition space.

Everyday objects or situations are transformed, mainly from the starting point of casting, engraving and burning processes. Laid out face to face, juxtaposed or paired, these encounters are reciprocally conflicting, extinguishing or igniting. They desire to produce visibility using what is not in sight, through the mirroring between materials and symbology, duplications or inversions.

Miracle – from miraculum, in Latin, refers to seeing, marvelling, to events outside the commonplace and unrelated to science – borrows questions from the tradition of art that are connected to its function, its cultural sense, as well as questions connected to languages. A certain religious and mystical sense is discussed, a phenomenon that is both recurrent and determinant in the constant process of constructing and updating reality.

The piece bearing the same name as the exhibition, Milagre [Miracle], reveals, through the point of view of a magnifying glass, a ray of sun that penetrates and burns the image of a praying mantis, previously projected on paper. The same happens with the image of the artist’s forearm. The inclined light issuing forth from a ceiling projector, even though invisible, is converted in the wooden billboard structure installed on the floor.

Meanwhile, Posse (Sapatos) [Possession (Shoes)] comprises a pair of shoes in bronze, black on the outside and polished on the inside. The polished finish produces a warm, reflected glow “pooled” inside the shoes. This piece refers to the image of a devotee at the Wailing Wall in indicating, there, the presence of a body that, in its movement, seeks to rearrange its physicality in front of the wall.
In Cena (para Glauber) [Scene (for Glauber)] we have the artists hands cast in bronze; one holding a candle, also in bronze, while the other shields a real flame, which flickers and lights up its surroundings, from the wind.

Cântico dos cânticos (Canticum canticorum) [Song of Solomon (Canticum canticorum)] is a diptych arranged in space such that it is mirrored on walls facing each other and containing the same written text, repeated on two different pieces of paper; one in positive, written in burnt gunpowder and the other in negative, applied with gold leaf. These are fragments of poetic text from the Bible, the Song of Solomon, written in a sensual language. The poem speaks of the love between fiancées and is the starting point of a collection of nuptial hymns. As a distant canticle, the work desires to produce, there, a union or embodiment through the mirroring of both; one that crosses visitors in their movement through the exhibition area, between one drawing and the other, between the other and his own reflection.

About the Artist
An artist who performs at the boundaries between various languages, such as drawing, photography, film and sound, among others, Vanderlei Lopes has dedicated himself to exploring sculpture, repositioning it according to its current senses. He deals with the ideas of transformation and transience, as in Cavalo [Horse], recently exhibited in the octagon, at the Pinacoteca do Estado de São Paulo museum: an animal embossed in bronze, filled to overflowing with earth and caught between the moment it falls to the floor and the imminence of getting up.