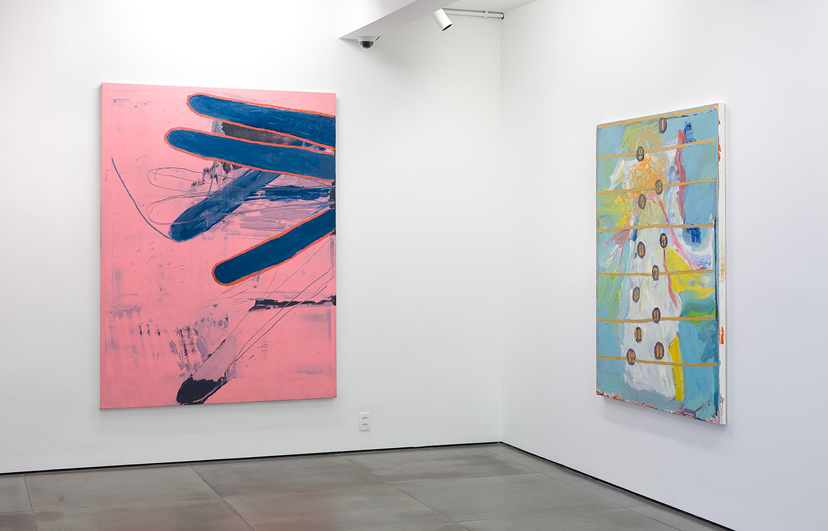 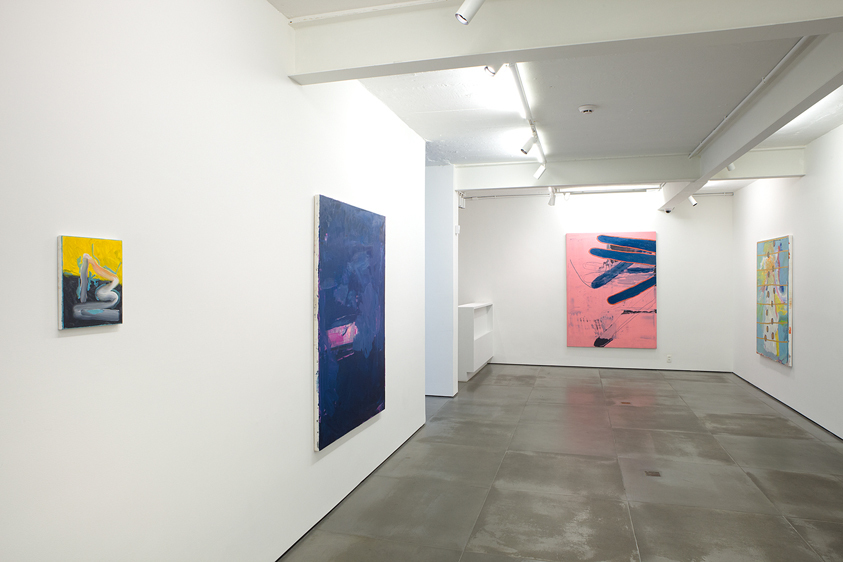 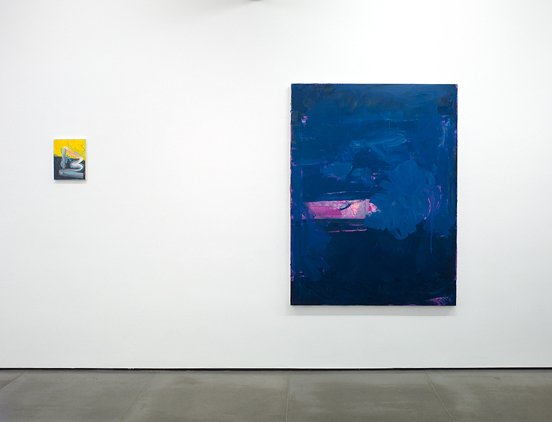 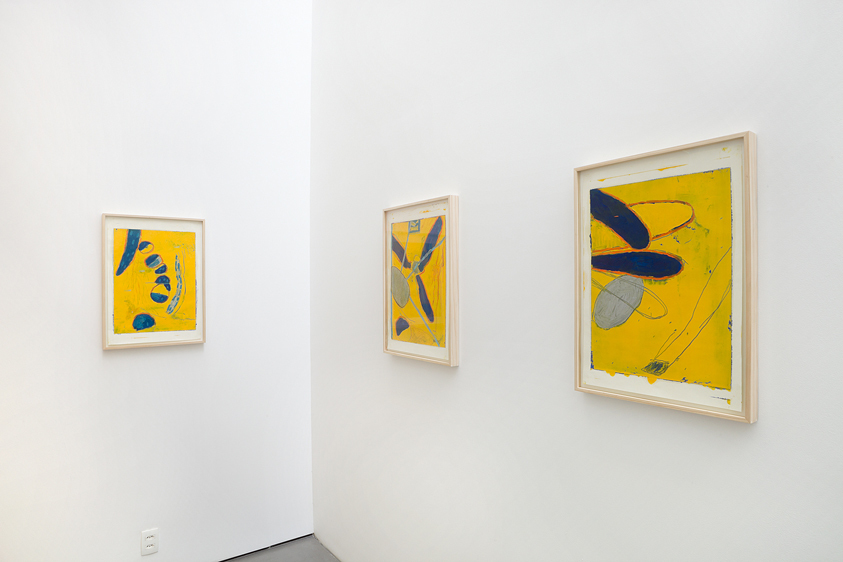 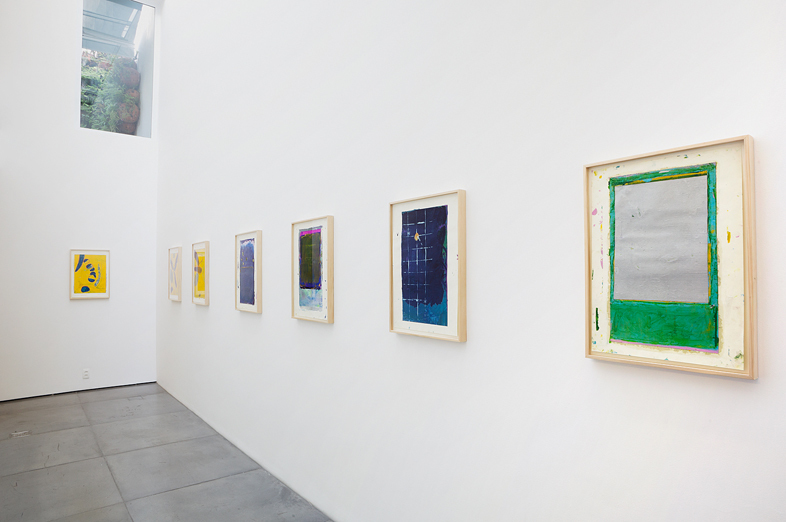 Bruno Dunley is the next artist to have his first solo show at Galeria Nara Roesler in Rio de Janeiro opening on November 25. The young Rio-based artist’s pictorial research from the past two years, since the E exhibition at Centro Universitário Maria Antonia (2013), has evolved into the ten pieces that comprise the show.

The outcome of his quest for a narrative set at the boundary of painting as language, Dunley’s work lets go of traditional figurative representation and retains, for this show, its past characteristics. The materiality of his brushstroke, the tense interplay between planes filled in different ways (instability vs. pure color, geometrical rigueur vs. loose lines) and the juxtaposition of layers remain relevant elements of a narrative that is built on the outer edges of strict representation.

But there are new developments that attest to the evolvement of the Rio-based artist’s work. The color play that began in his previous exhibition has taken on more radical variations, sharper tones and even metallic shades, as well as direct interventions. “I even draw with charcoal directly on the painting,” says the artist. Blander tones, like grey, which was prominent in the previous show, were minimized in a quest for intense vibration. Acrylic paint emerges as a raw material alongside oil paint.

The formats also begin on the smaller end, with pieces ranging from 24 x 30 cm to 150 x 200 cm. As for materials, in addition to the traditional canvases, lightweight Fabriano paper is a new element. The paint’s absorption causes the oil to leak through the edges, adding yet another element to the painting, applied directly onto the white medium; unlike the canvases, where the artist prepares the base coating with several layers of paint in order to cover the mesh of the fabric.

“My relationship with the work has grown more patient,” Dunley asserts. Proof of this is the addition of more flaxseed oil to the paint, allowing it to flow more freely, and at the same time dry slower. Thus, one can paint over the fresh paint for a longer time, and have less definition in the lines that separate color fields and abstract graphic elements.

The artworks’ names adds a new layer of meaning, which insinuates itself into a narrative through visual sensations in connection with words, as is the case with Drive-In (2015). The 120 x 160 cm canvas subtly harks back to the headlights of a car, lit up at night in a field of strong pink, centralizing the mass of deep-blue paint whose brushstrokes are alternatingly linear and uncontrolled, as if erasing a previous plane – another feature of Dunley’s painting.

With his new show, Bruno Dunley confirms his status as one of the most consistent new generation painters, combining technique with a sharp sensibility not only for art, but to his own time as well. Through the instability of the image and the fugacity of meanings extracted exclusively from the interplay with the elements circumscribed to the field of painting history, the artist evinces the undefined character of the world today, undecided between appearance and essence.

If one can arrive at a representation of the real thanks to its many layers, and the solipsism of the contemporary subject is made evident in the instability of verbal communication, then it is possible and even more desirable to touch subjectivities through the relationship between the painting and the viewer’s gaze, a relationship made complete only within the intimacy of each viewer. Without resorting to figuration, Bruno Dunley delivers a portrait of his time and sees beyond the surface.