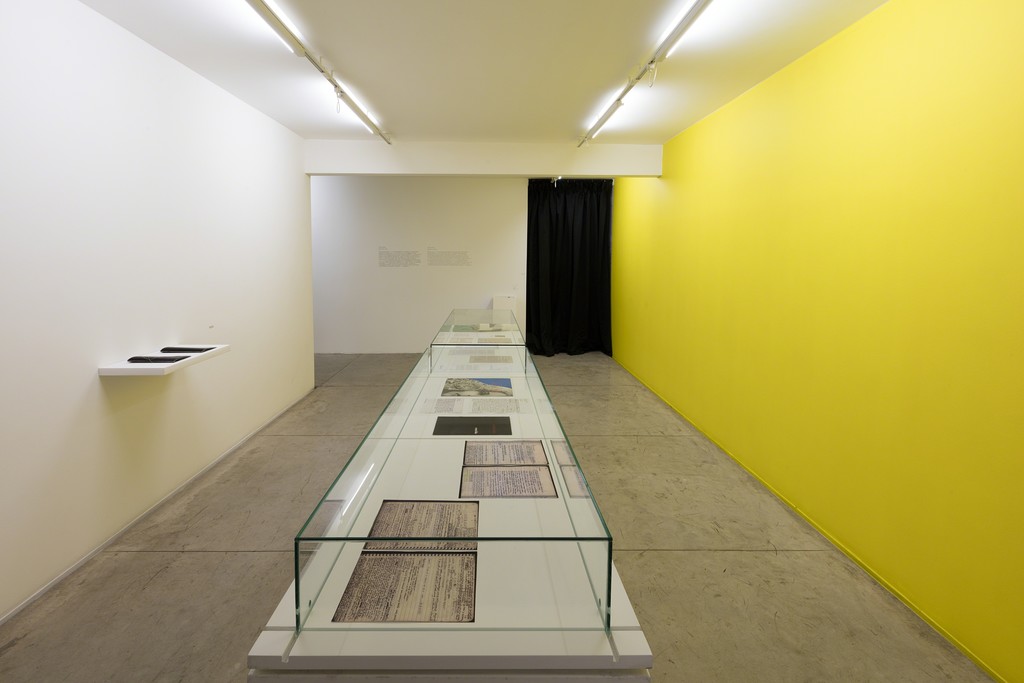 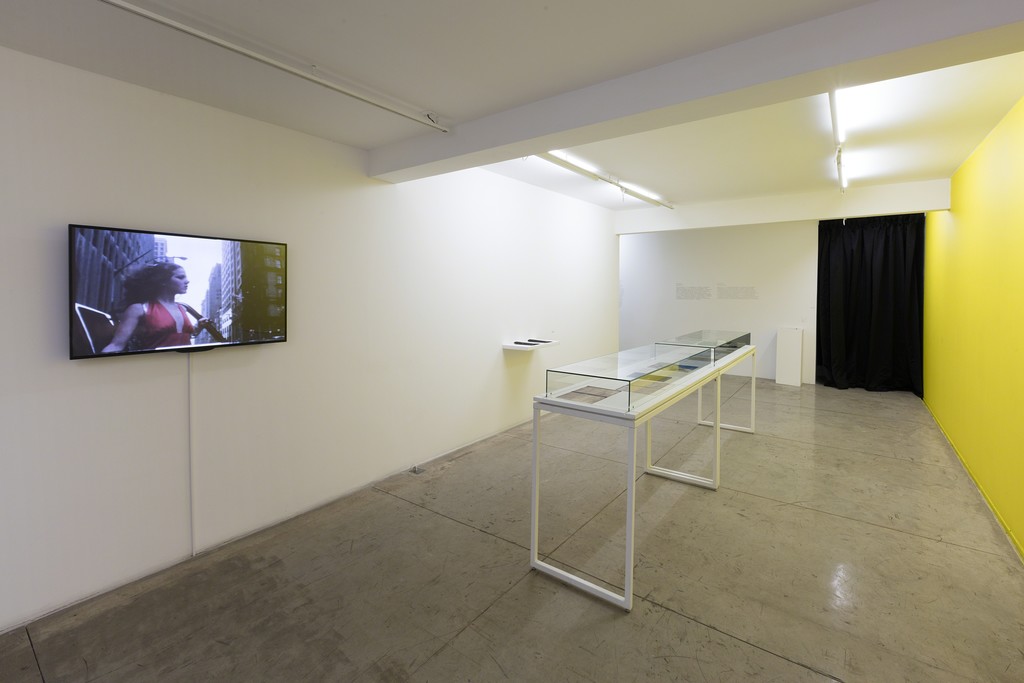 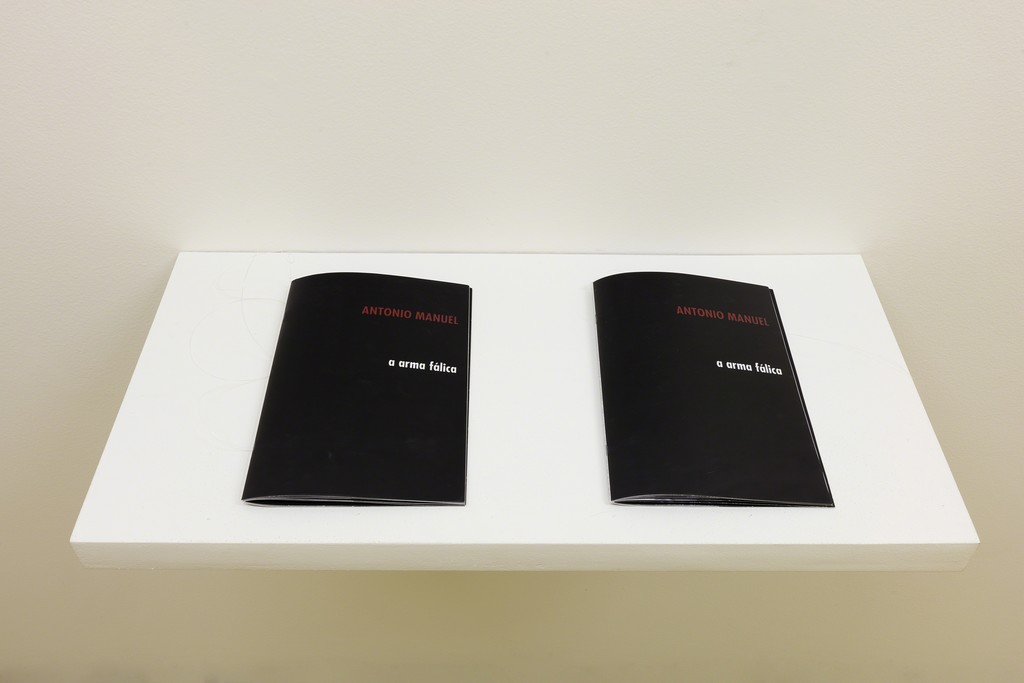 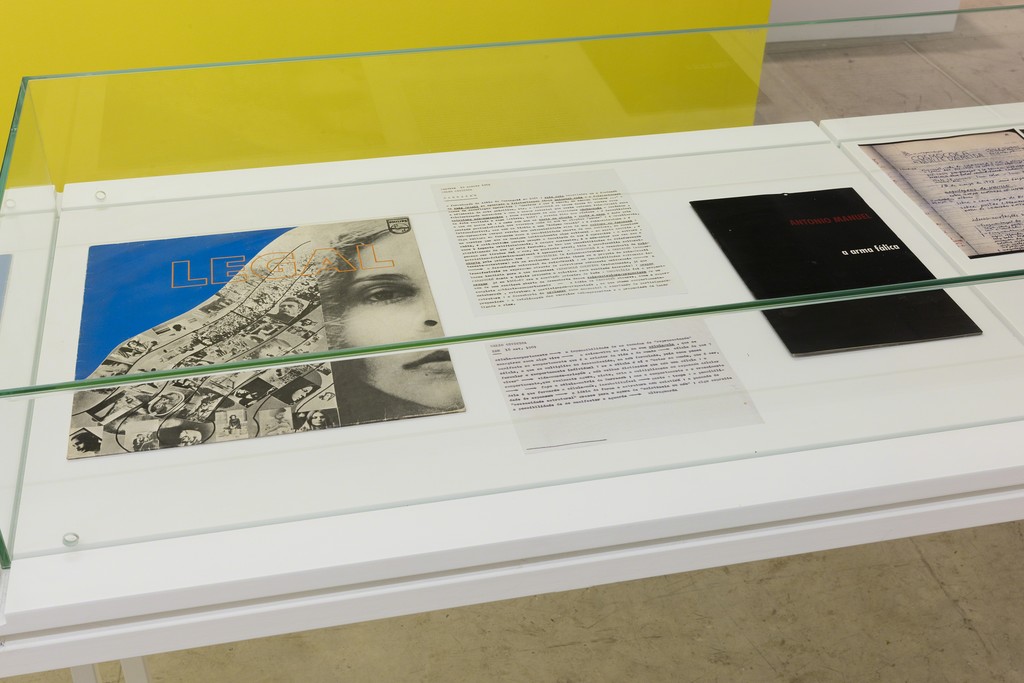 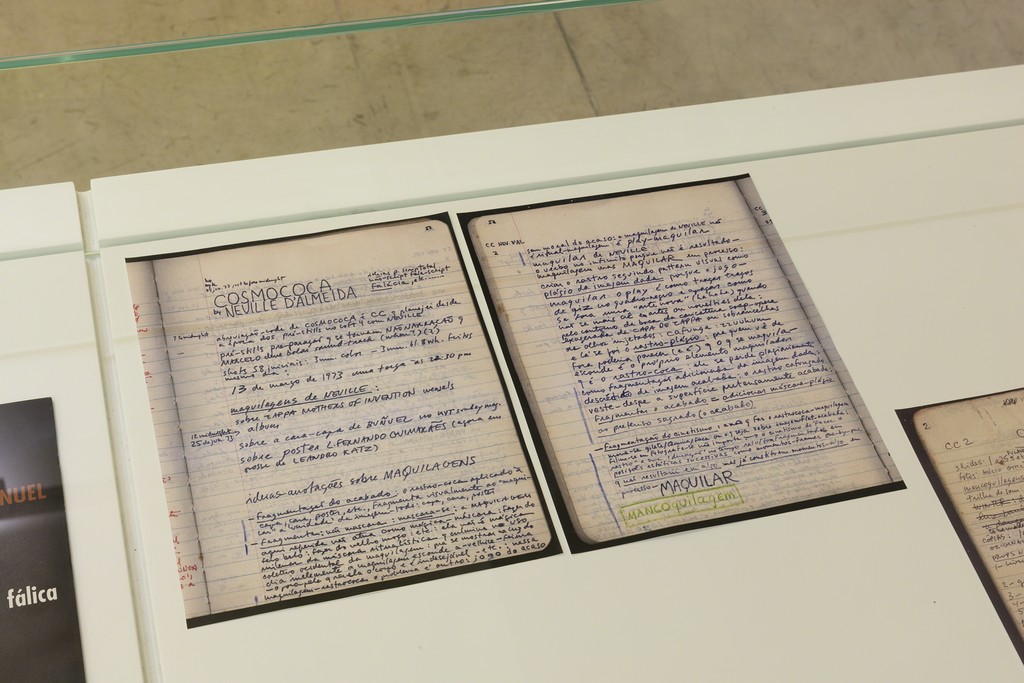 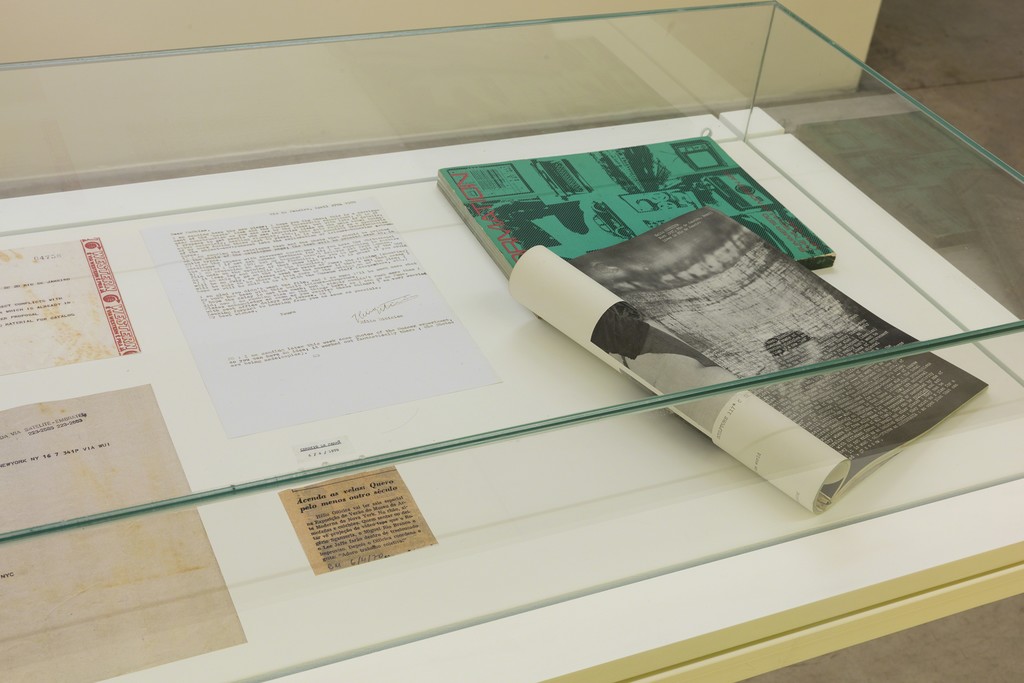 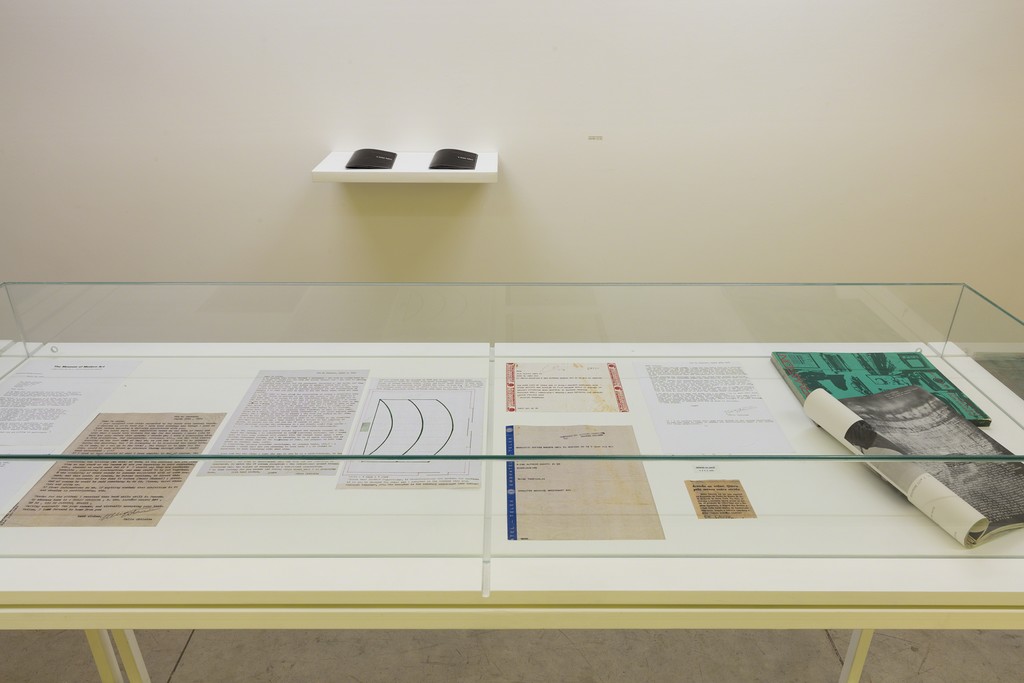 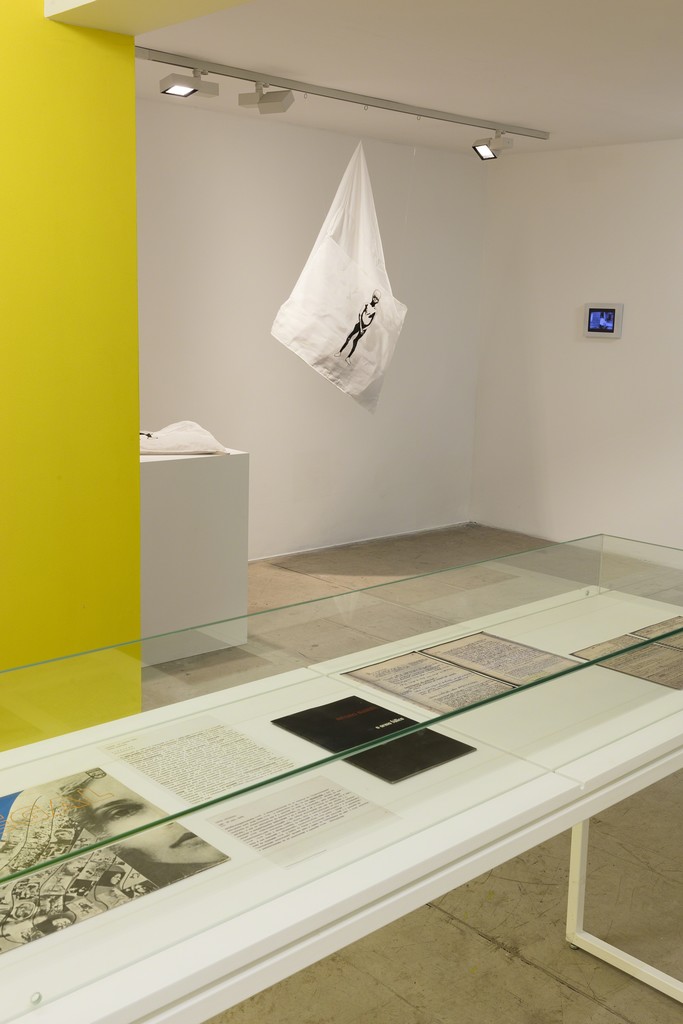 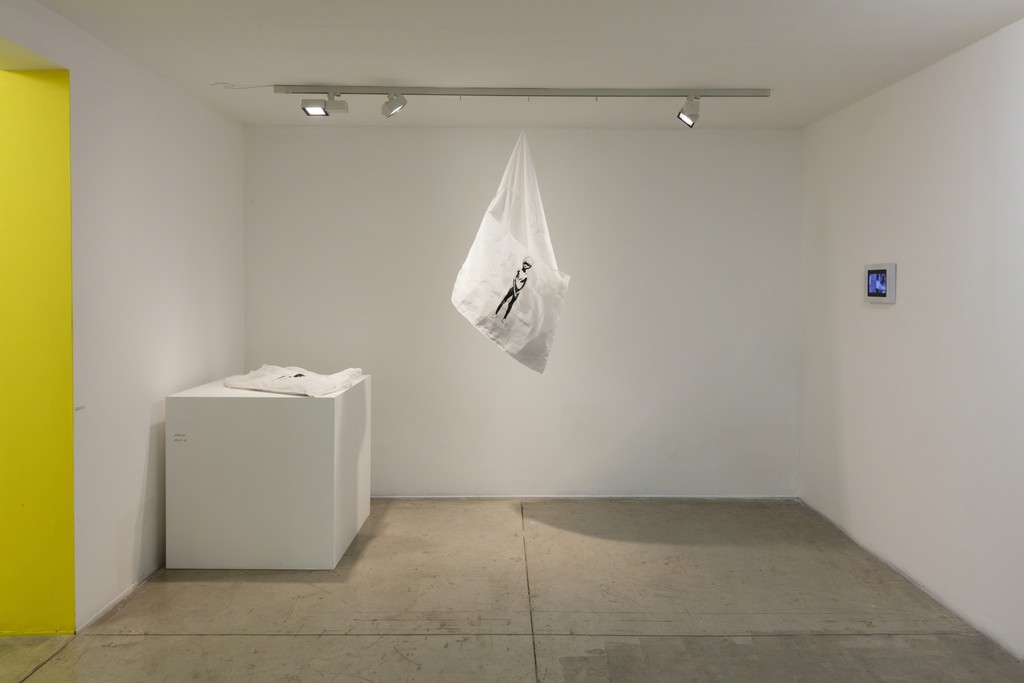 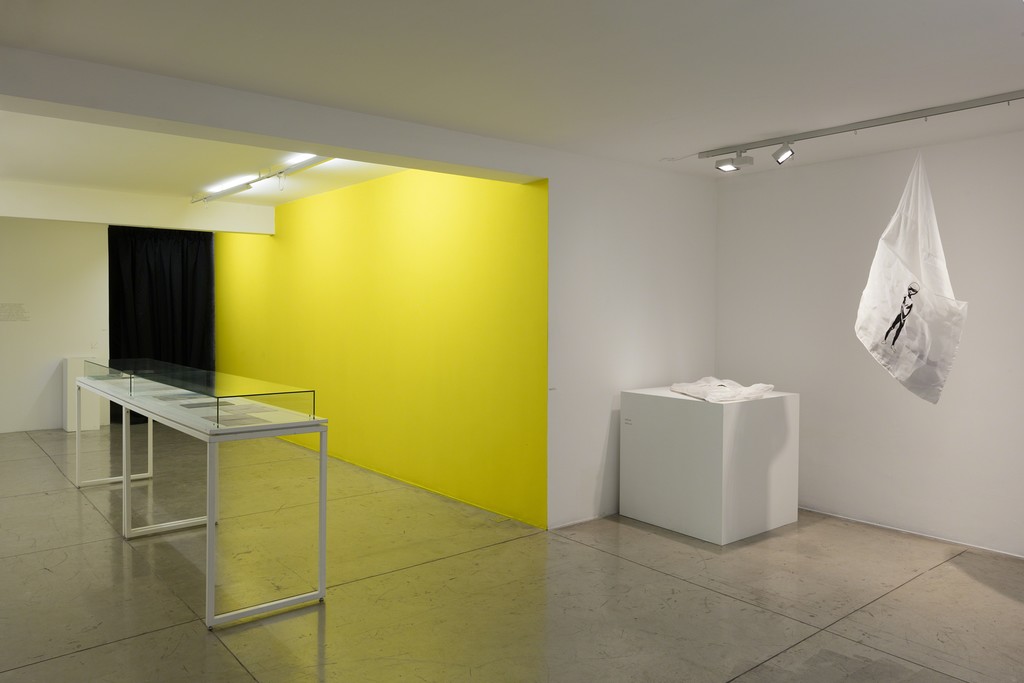 Galeria Nara Roesler | São Paulo is pleased to be presenting Barracão, a solo show of seminal Brazilian artist Hélio Oiticica (1937–1980), his second at the gallery. Curated by Cesar Oiticica Filho and produced in conjunction with Projeto Hélio Oiticica, the exhibition will present a specific facet of the artist’s innovative oeuvre: collaborations. On view are Parangolé P 22 Cape 18, “Nirvana” and A Arma Fálica, both created with Antonio Manuel; INFORMATION, created with Lee Jaffe; and Cosmococa 2, CC2 Onobject.

Essential to this exhibition are the works Oiticica called Parangolés. Ann Gallagher, Director of Collections (British Art) at Tate, says, “Through his work he was to challenge the traditional boundaries of art, and its relationship with life, and to undermine the separation of the art-object from the viewer, whom he turned into an active participant…. Oiticica reached a crucial point in his integration of colour, structure, time and space with the Parangolé series: banners, capes and tents constructed from a variety of materials, including fabric, plastic, mats, screens and ropes.” Antonio Manuel’s first contact with Oiticica was at the Museu de Arte Moderna, Rio de Janeiro, during the exhibit Nova Objectividade Brasileira (New Brazilian Objectivity, 1967). Oiticica later invited Manuel to show in his Tropicália anthology, and in 1968 they created Parangolé P 22, Cape 18, “Nirvana” together, using a newspaper image of a skinny African child from Biafra, which Manuel had previously used in his Urnas Quentes (Hot Ballot Boxes). The concept of Parangolé is public, collective. It is related to costumes, samba, carnival, the Parangolé does not exist by itself”, says the curator Cesar Oiticica Filho. “Helio had this ideal of collective and democratic production and in this sense, he had many creative partners. He had this spirit”, synthesizes Antonio Manuel.
In 1970, Manuel invited Oiticica to collaborate on his photo-novella, A Arma Fálica (The Phallic Weapon). The photo-novella features Oiticica as Guru, returning, after several years in London on a war mission, to his wife neném, whom he left locked up at home. Upon his return he finds her with paulomarginal, and a brawl ensues. The story ends with Guru killing his wife’s lover using his phallic weapon. In Manuel’s words, “With the photo-novella, I wanted to work on new means of expression, carrying out this work in an affective form of partnership and in the spirit of thinking about art. There was the idea and argument; the location, I had already established it: Praça Mauá and Oiticica’s house on Rua Engenheiro Alfredo Duarte. As a scenario, we used household objects, with Hélio’s participation and his inseparable black-and-white TV.”

In 1970, Kynaston McShine invited Oiticica to create a work for his exhibition Information at the Museum of Modern Art, New York. Oiticica proposed making a videotape, one hour in length. As he stated in his correspondence with McShine, “I am making it with an artist with whom I have close affinities, Lee Jaffe; he is American, living here now, and we are planning this together; we want to make something as direct, dry, instant alive information: not about anyone’s works, etc., but a ‘state of being’ in itself.” This work was not presented in McShine’s exhibition; instead, Oiticica later chose to produce Ninhos (Nests). INFORMATION will be completed for the first time at the gallery, following Oiticica’s specific written instructions and guided by Jaffe himself. “This is the challenge, to guide a work that was never executed before. It is an exhibition that brings new issues about Helio’s work, including museological ones”, says Cesar, adding that he does not remember any other show that advanced so much in Helio’s research. “It is a seed, we are starting to look into Barracão, which was his own life”, he concludes.

During his stay in New York, and in collaboration with the filmmaker Neville D’Almeida, Oiticica conceived Block-Experiments in Cosmococa—Program in Progress (1973–1974), a series of nine “supra-sensorial” environments, each incorporating slide projections, soundtracks, cocaine powder drawings, and a set of instructions for visitors. The work is the epitome of what Oiticica called his “quasi-cinemas” and constitutes his desire to merge individual “life-experience” with art. On view at the gallery is Cosmococa 2, CC2 Onobject, in which five photovisual elements are projected on the walls, from slides containing images from the books Grapefruit by Yoko Ono, What Is a Thing? by Heidegger, and Your Children by Charles Manson; knives, paper, and silver straw; cocaine; and assorted objects scattered on work surfaces, including a ruler, pencils, cards, and a drawing pad. The work invites the public to dance in a room whose floor is completely covered in a medium-thick white foam rubber. In his August 12, 1973, instructions on Onobject, Oiticica states, “It should be something else: S-O-M-E-T-H-I-N-G N-E-W as YOKO herself is.”