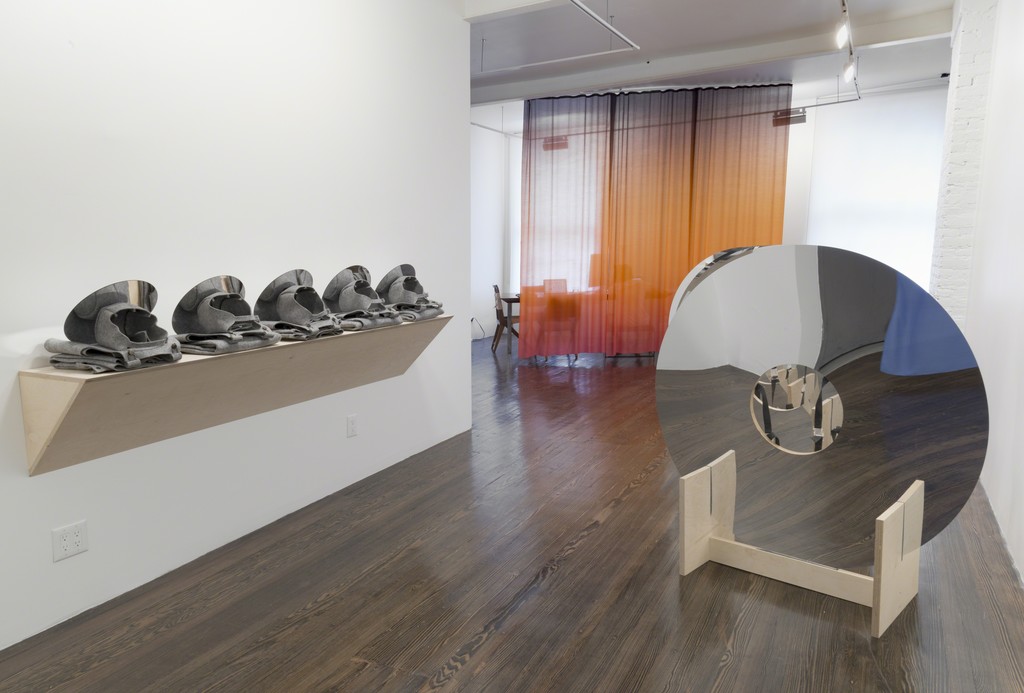 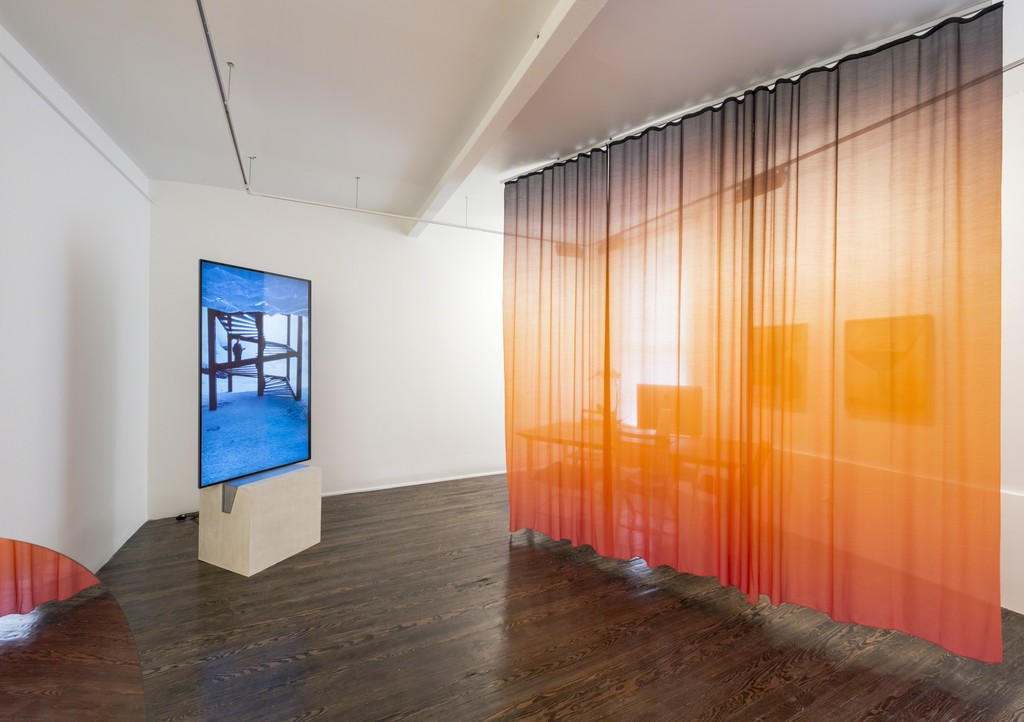 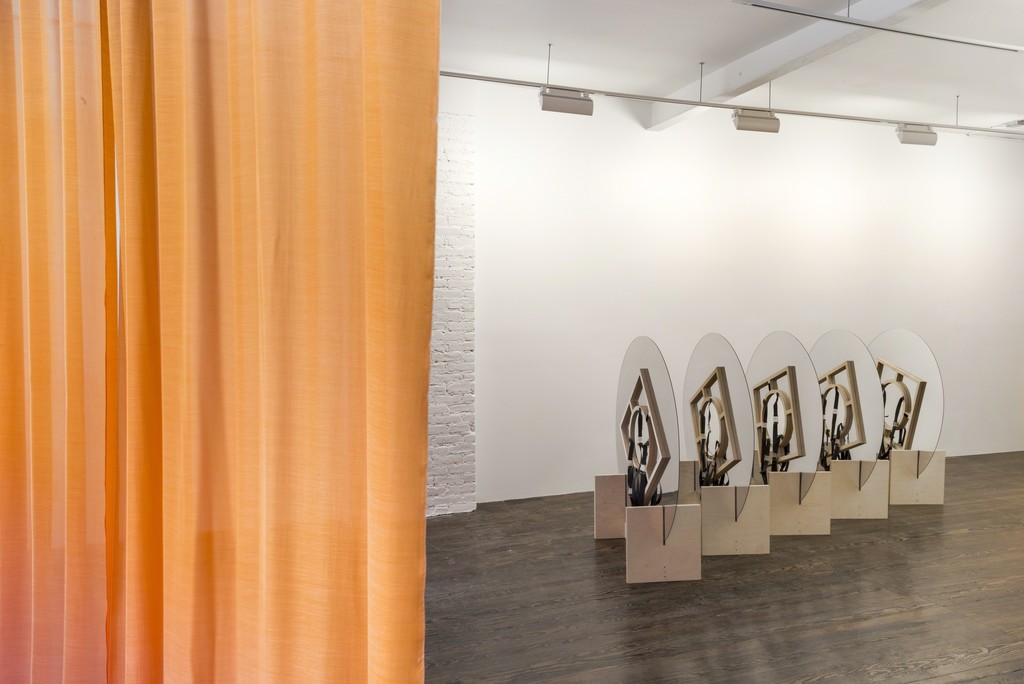 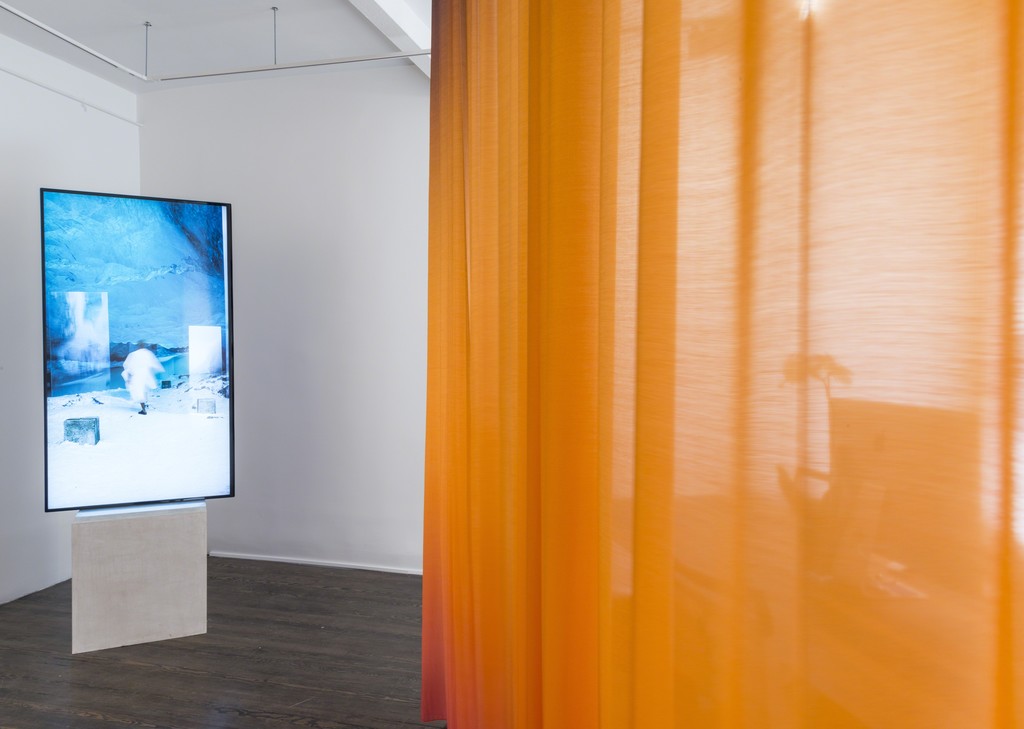 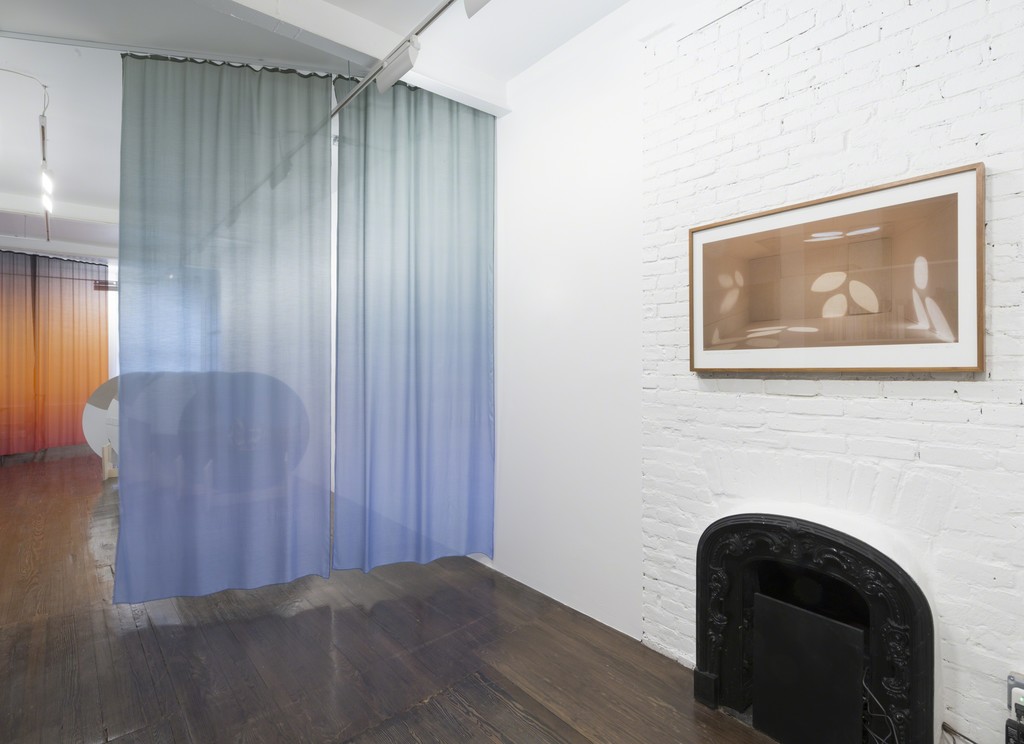 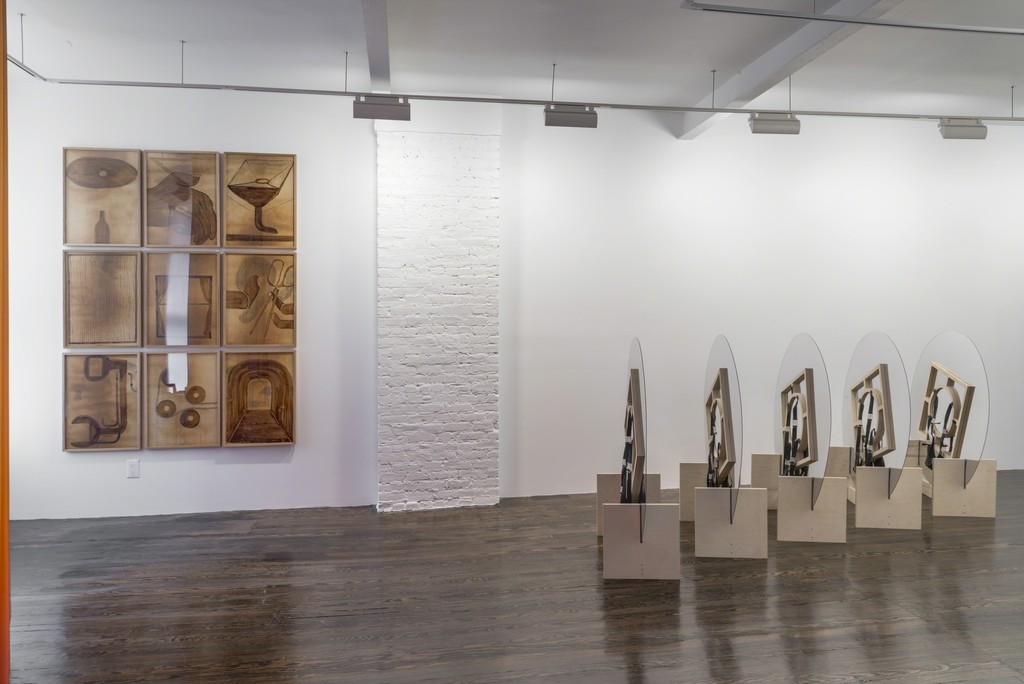 Isaac Julien’s single channel work, Stones Against Diamonds is a mediation inspired by Italian-born Brazilian architect, curator, writer and, designer, Lina Bo Bardi. His inspiration stems from a letter written by Bo Bardi to her husband Pietro Bardi in which she describes her love for semi-precious stones over gems such as diamonds. The architect recalls how she began, while in Italy, a collection of these stones, which enabled her to rethink design in the most remarkable way. For Julien, Bo Bardi’s letter is performed through a metaphor of the unconscious, an inaccessible place of beauty that can be reached only through the process of psychoanalysis and artistic reflection. Stones Against Diamonds pays homage to Bo Bardi’s iconic glass easels by presenting his film on a high resolution monitor reminiscent of the original glass used by Lina embedded in a stone easel further referencing her signature exhibition displays.

Lucia Koch continues her exploration of space and light as well as artificial mimicking of nature through her latest medium of choice, printed silk. Air Temperature is a body of work using mathematical equations to reproduce various sunsets she has seen around the world in cities such as Porto Alegre, São Paulo, and Nagoya to name a few. The curtains transform a natural environment into an industrial aesthetic practice cataloguing her sunset archive. Also on view is Koch’s photograph from her architectural series, Amostras da Arquitetura [Architectural Samples] in which she continues to explore the interior versus the exterior but this time through empty containers.
By photographing these used boxes from above, she creates an illusion alluding to historic and contemporary architectural samples or maquettes.

Eduardo Navarro’s Oven Session Drawings were produced on tracing paper and painted with a sugar and water solution. This mixture darkens as the paper is later baked forming figurative, domestic drawings. Also part of the exhibition is the instruments used by the artist during his recent performance at Frieze New York | Projects: Instructions from the Sky. The performers followed the clouds in their instruments, which consisted of 5-mirrored discs and helmets, all reflectors or gathers of information they used to received instructions from the sky.

Parallel to the show, the artists on view are engaged in different projects in New York and abroad. Isaac Julien presents his duratrans image in light box from Western Union as well as photographs and single channel from Stones Against Diamonds in the show “The Art of the Treasure Hunt”, opening on July 1st in Castello di Volpaia, Tuscany, Italy and will be on view until Oct 31st. Lucia Koch, one of the finalists of Victoria & Albert’s 5th Jameel Prize is currently showing at the Pera Museum until August 14th in Istanbul, Turkey. As part of the High Line Art commission program, Eduardo Navarro’s performance We Who You Spin Around will take place in New York from July 19th to the 21st between 6:30pm and 8:30pm at the Rail Yards at 33rd street of the High Line.