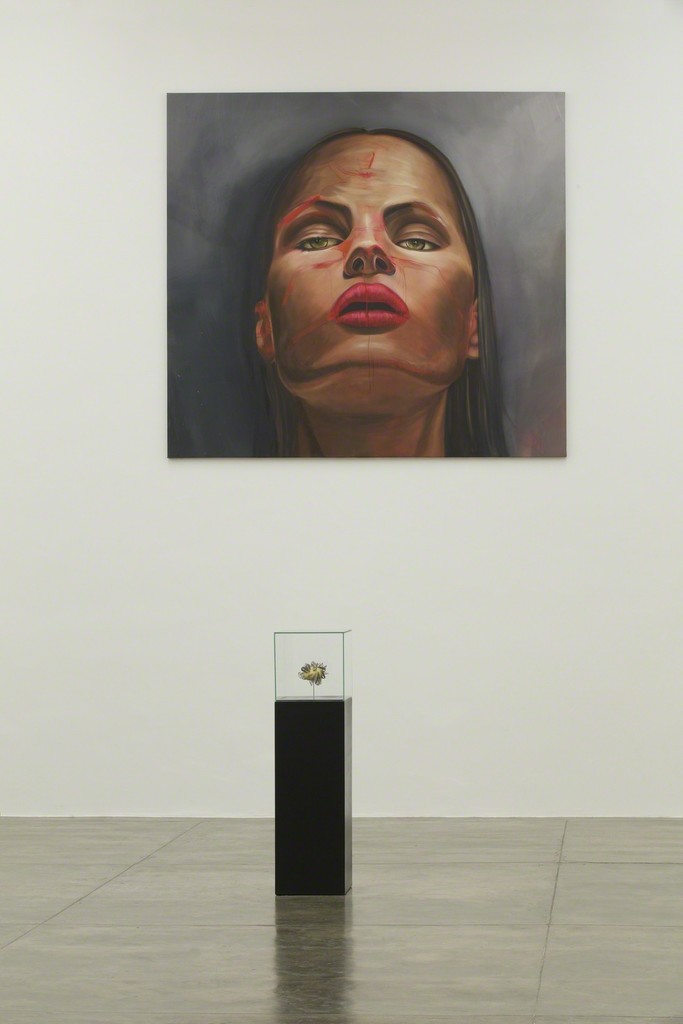 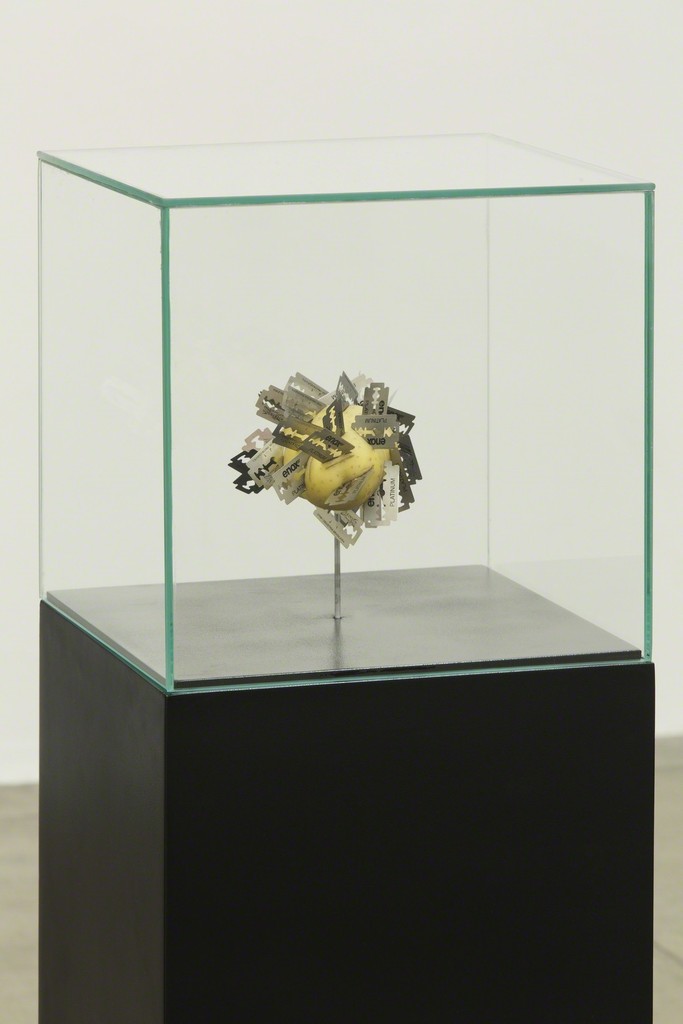 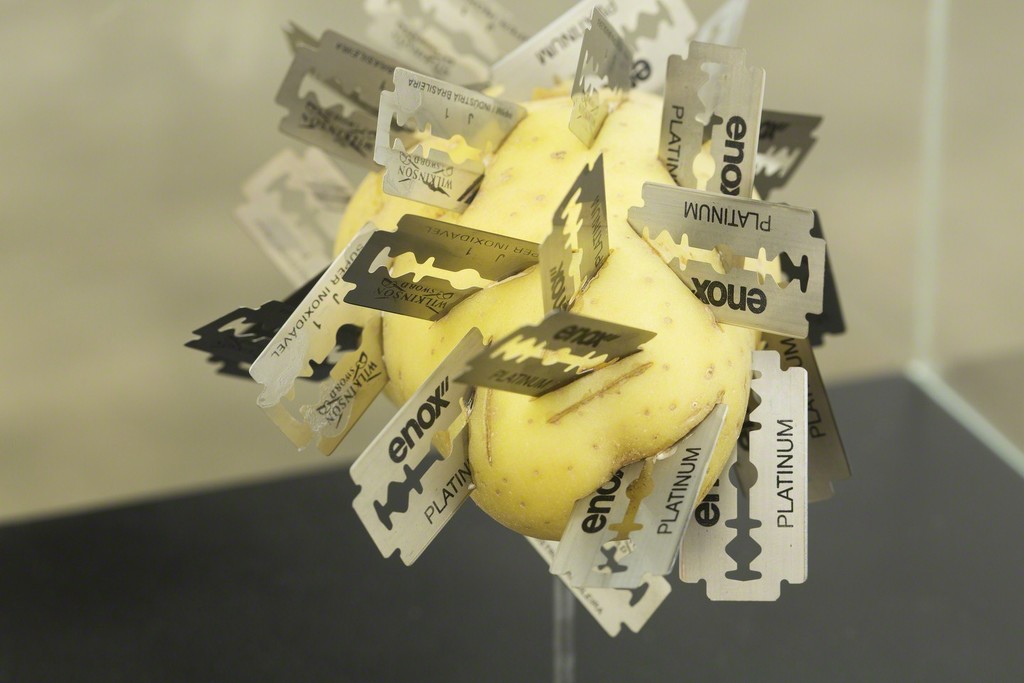 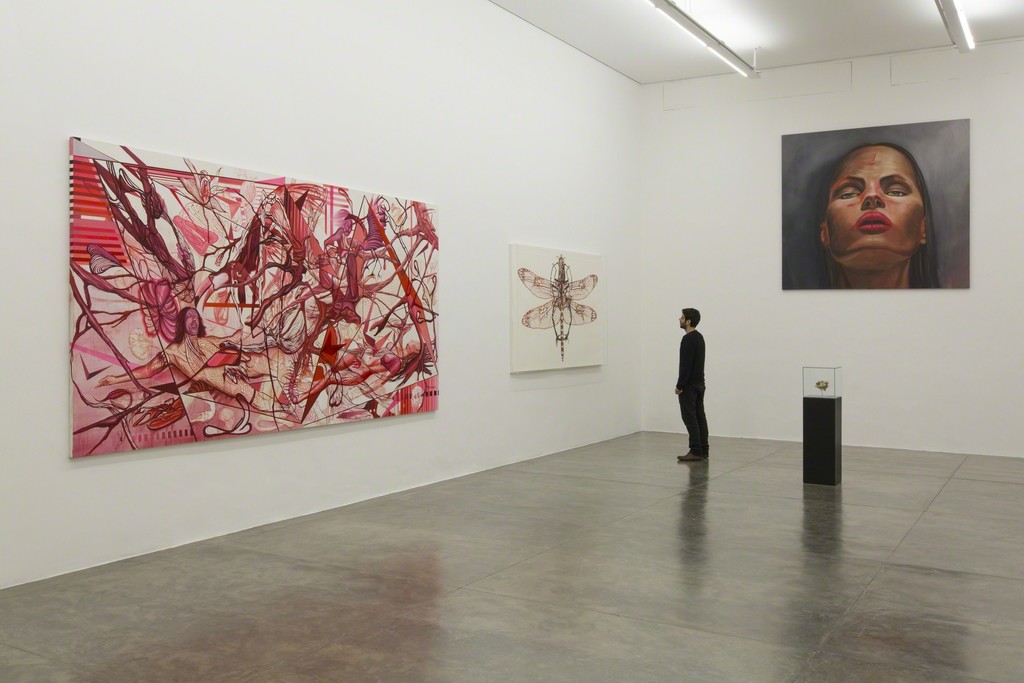 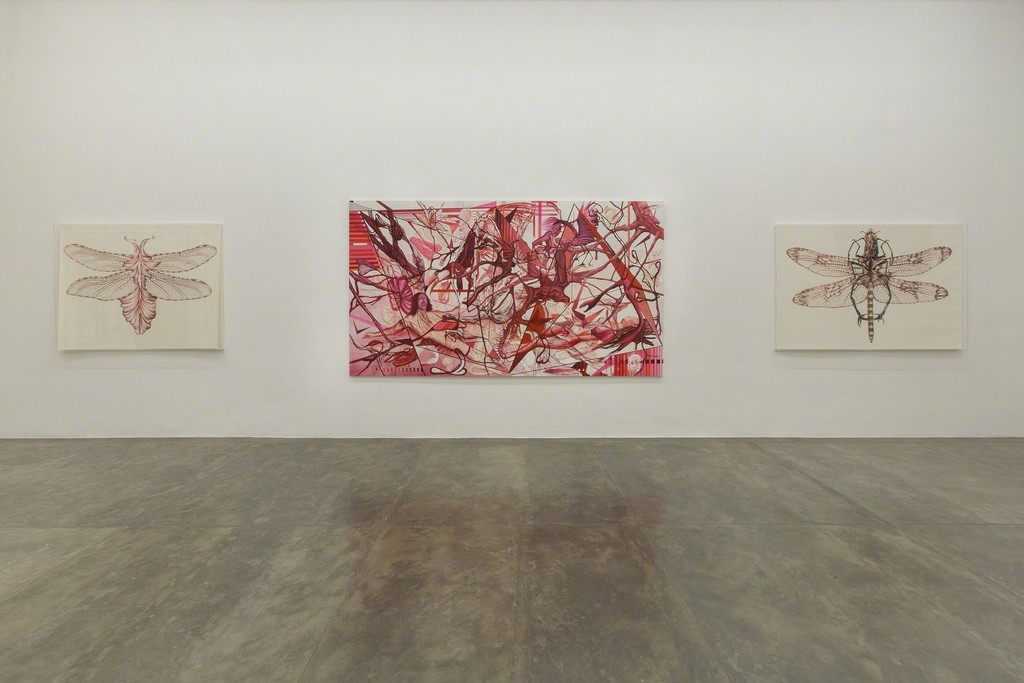 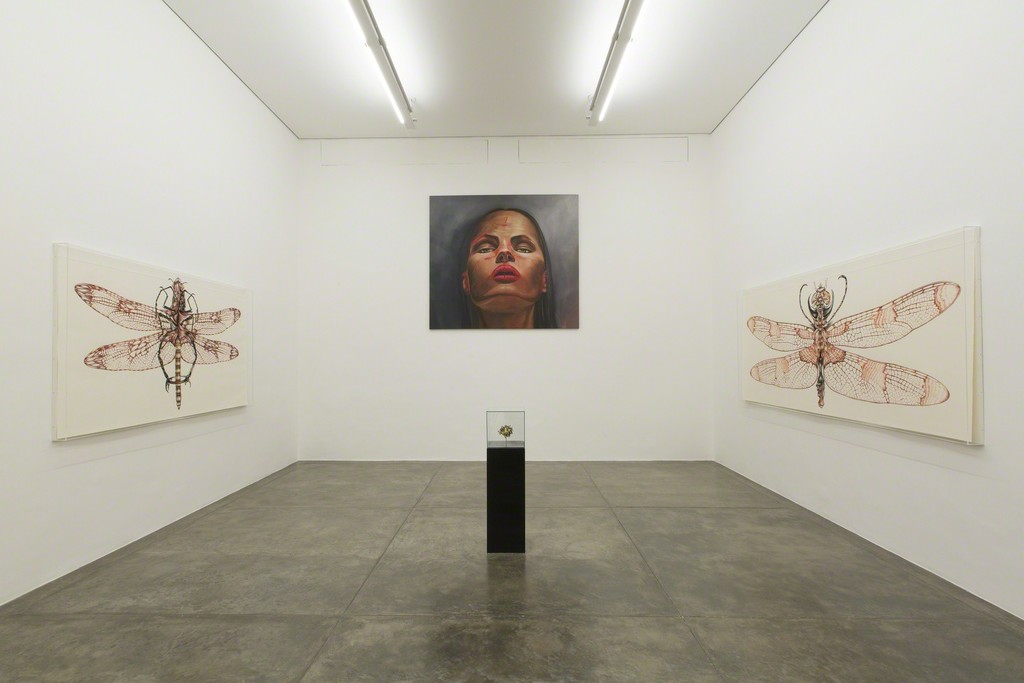 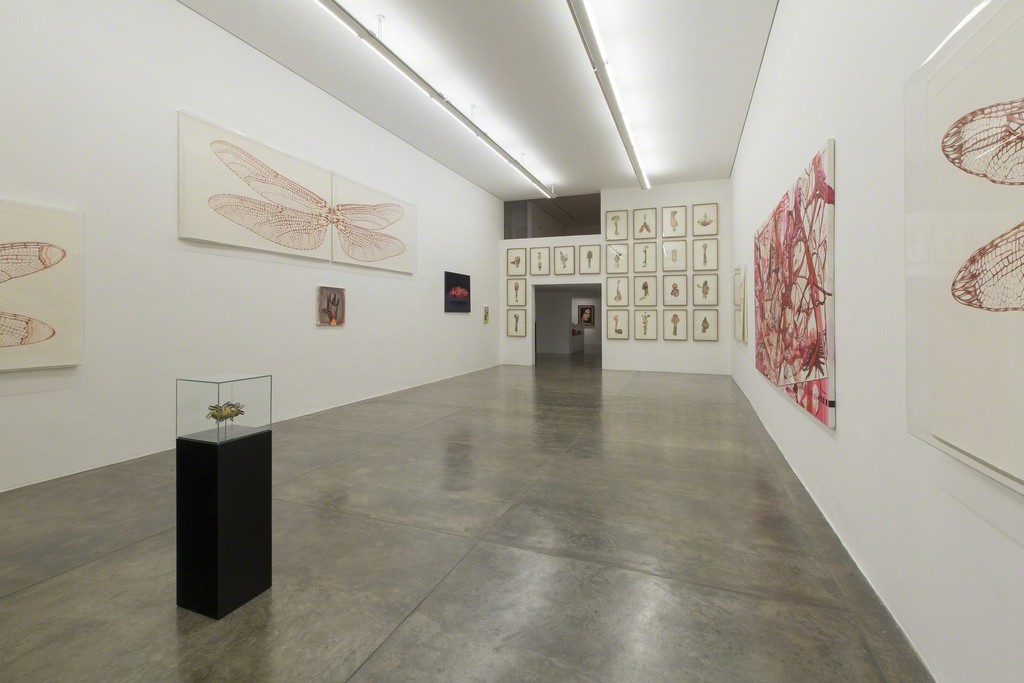 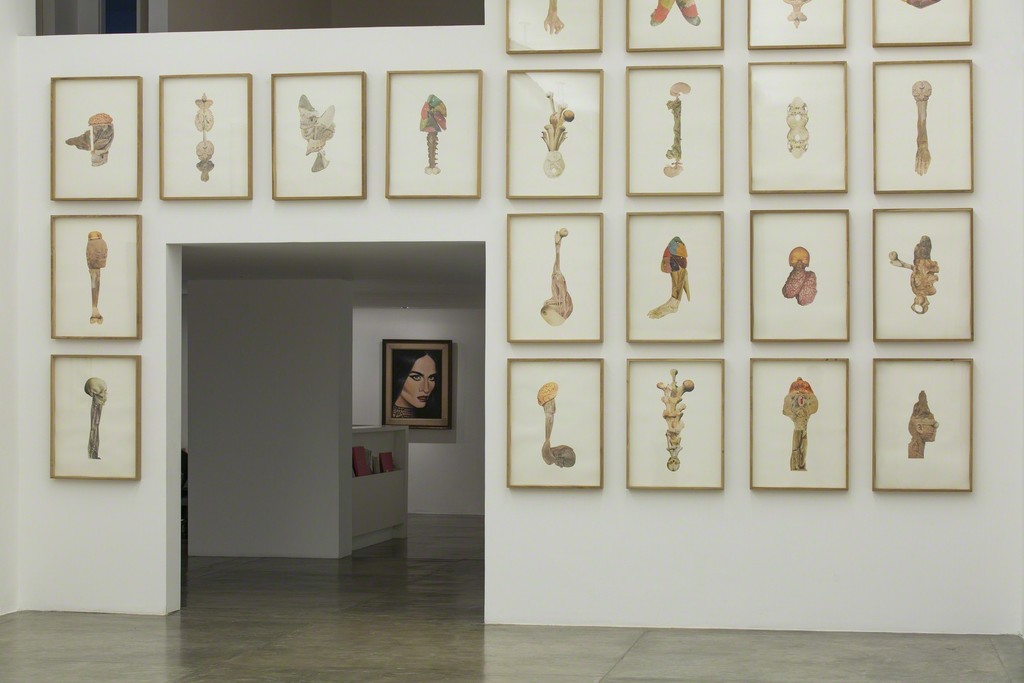 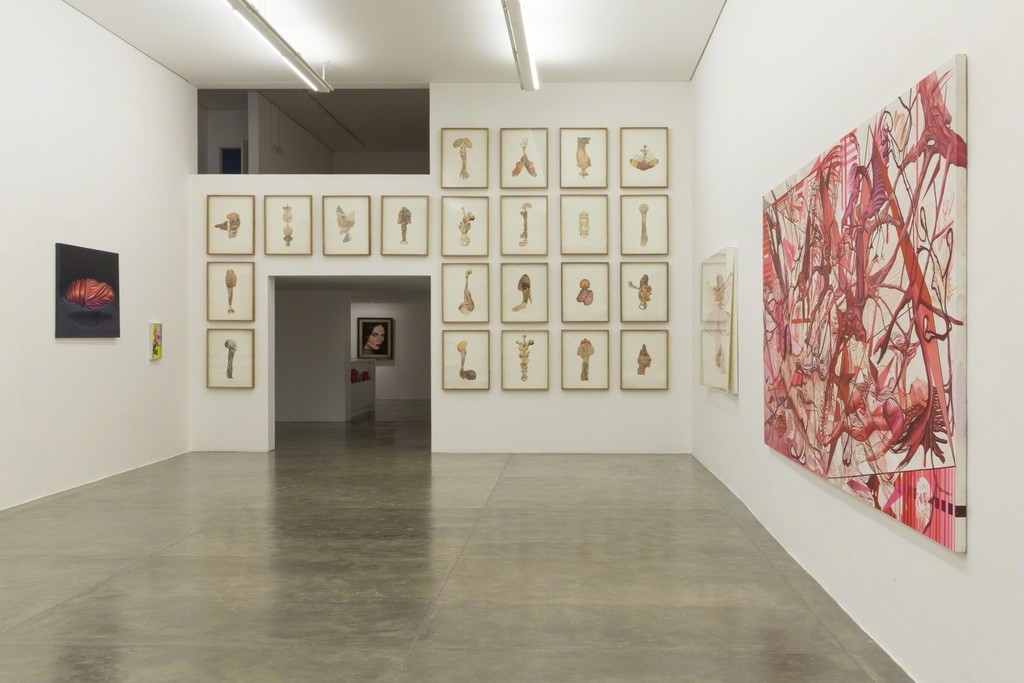 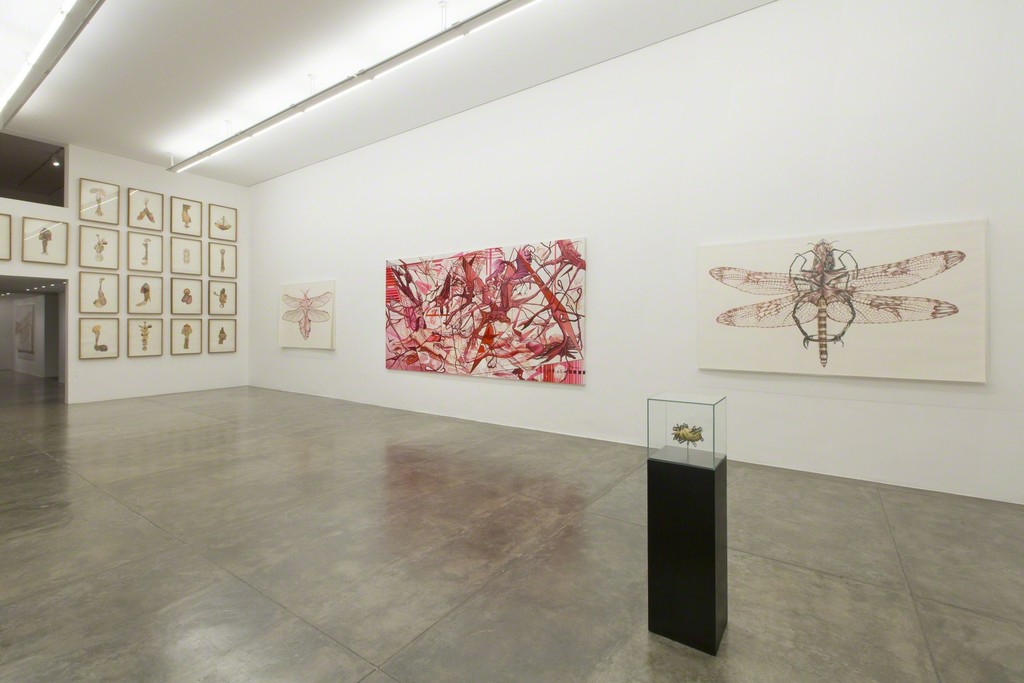 In his third solo appearance at Galeria Nara Roesler, Rodolpho Parigi presents a set of approximately 20 pieces from different periods of his production, including previously unseen works, in a show curated by Bernardo Souza. Titled Levitação, the exhibit opens on May 22 (Friday) featuring brand new drawings, paintings, collages and a performance. From June 19 on, Parigi will be featured in the group exhibition “A Mão Negativa,” at Parque Lage, during whose opening he will also enact a performance as Fancy Violence; in the second half of this year he will participate in the Southern Panoramas Videobrasil exhibit.

Rodolpho Parigi explores the body and its possible representations, sexuality, and art history. Delving deeper into these subjects, he revisited old approaches in connection with his recent experiments, creating dialogue between different pieces of his oeuvre.

The exhibition was designed as a site-specific for the gallery and as viewers pace walk among the artworks and the places they are in, they get to experience the universe at hand. Some of the previously unseen pieces, culled from famous series by Parigi like the Atlas collages (made from a human anatomy atlas, with which the artist develops a new lexicon about the body) and Bestiário (India ink on cotton paper pictures where monochrome anamorphic drawings represent entrails, in a mixture of cataloguing, anatomy studies and pornography).

In this "roomful of dragonfly wings" – an animal that carries with it the semiotic charge of magic, freedom, change and transmutation – what interests me is this insect’s wings, because they feature an organic geometry, and this sums up my intention with the line and the image.

Walking past the wings, we arrive at the large gallery hall that houses different-sized oil paintings. A woman’s enlarged face, moths’ cocoons, a tiny hand with four fingers, a small portrait of Parisi’s alter ego Fancy, and large body- and muscle-inspired paintings the artist dubbed “Volumen.“ These artworks carry an elevation, something that is always changing, nothing is fixed or definitive, everything is levitating.

In the same hall, the final version of “A Grande Tela” is on display. Parigi had been working on it since mid-July 2013 – he started the piece during a residency at Pivô (São Paulo) and it comprises pictures such as O Último Tamoio (1883), taken from the namesake Rodolfo Amoedo painting, and Moema (1866), from the work of Victor Meirelles, both of whom were 19th century Brazilian academic painters. Also featuring ballpoint pen interventions, "A Grande Tela" combines drawing and painting. “I set out to create a landscape, but it came out like a web,” says Parigi.

Rodolpho Parigi’s universe is rounded off by a line of work that has raised eyebrows in the recent art scene: the alter-ego character Fancy Violence.

fancy violence
Fancy Violence, Parigi’s performance/female persona, kicks off the exhibition with an apparition where she levitates. Originally conceived as a tableau vivant (living picture), the character gained mobility and autonomy, incorporating languages such as theater and musical performance to the artist’s repertoire.

According to exhibition curator Bernardo de Souza, “Fancy Violence is an anti-heroin, a relentless assassin on an iconoclastic mission, a destroyer of myths, of impostor collectors and their masterpieces... She annihilates the painting, the geometry, and the corpus of artwork to give breath to this new being that feeds on pictorial residues, fragments of history, and sexual rapture; in blowing up the canvas, she conferred three-dimensionality to the monsters formerly enclosed in oil.”

In order to transform into Fancy Violence, Parigi is assisted by four people, including makeup artists and hairstylists. The man responsible for the dark diva’s predominantly burgundy-and-black costumes is Gustavo Silvestre, a designer known for his handcrafted crochet meshes, which caught Parigi’s eye for their resemblance to dragonfly wings.