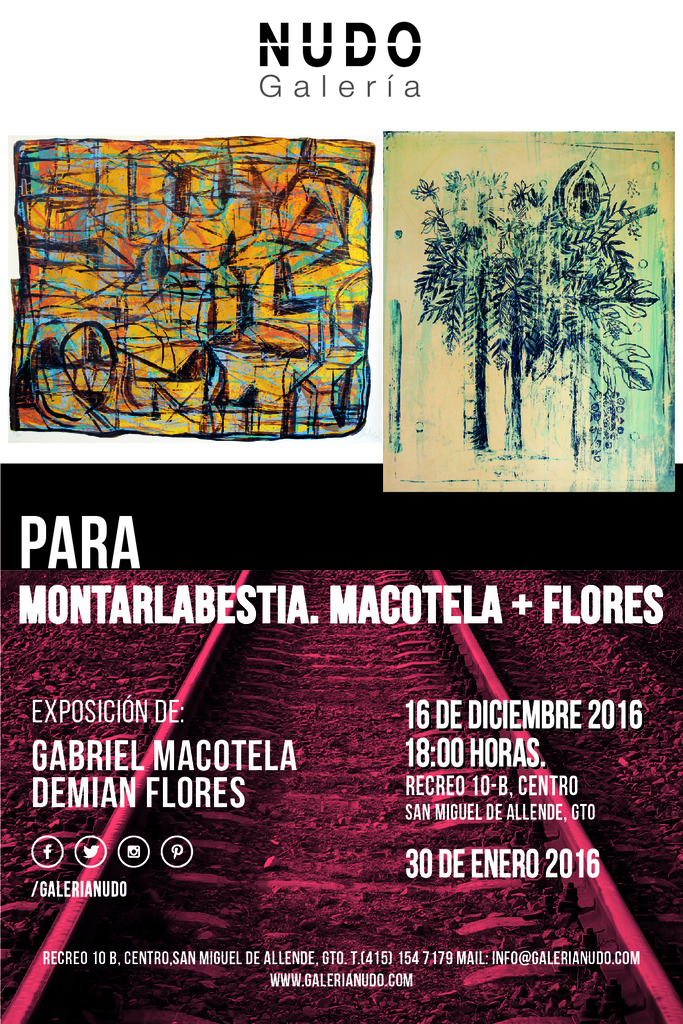 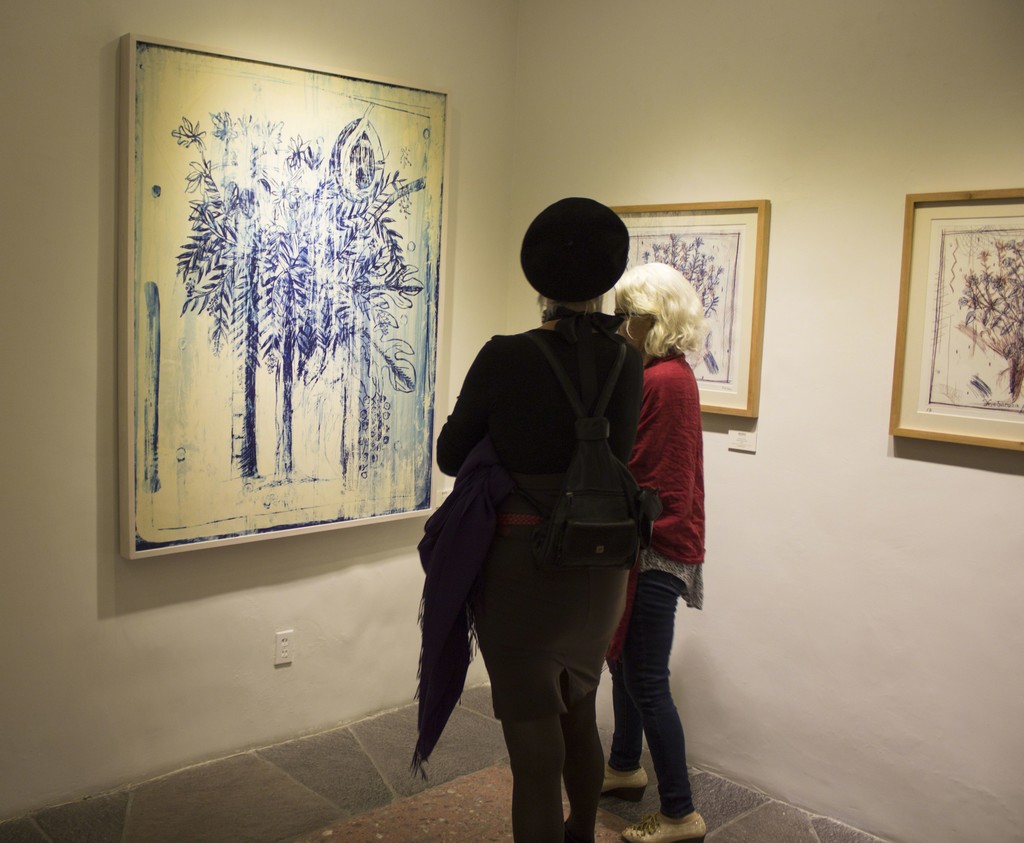 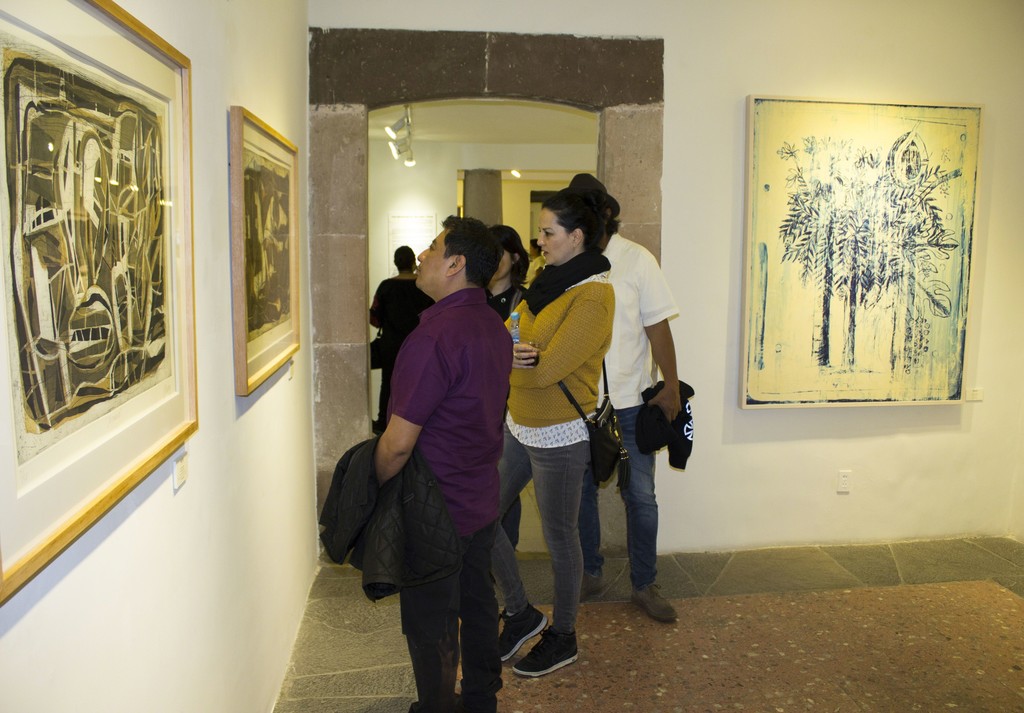 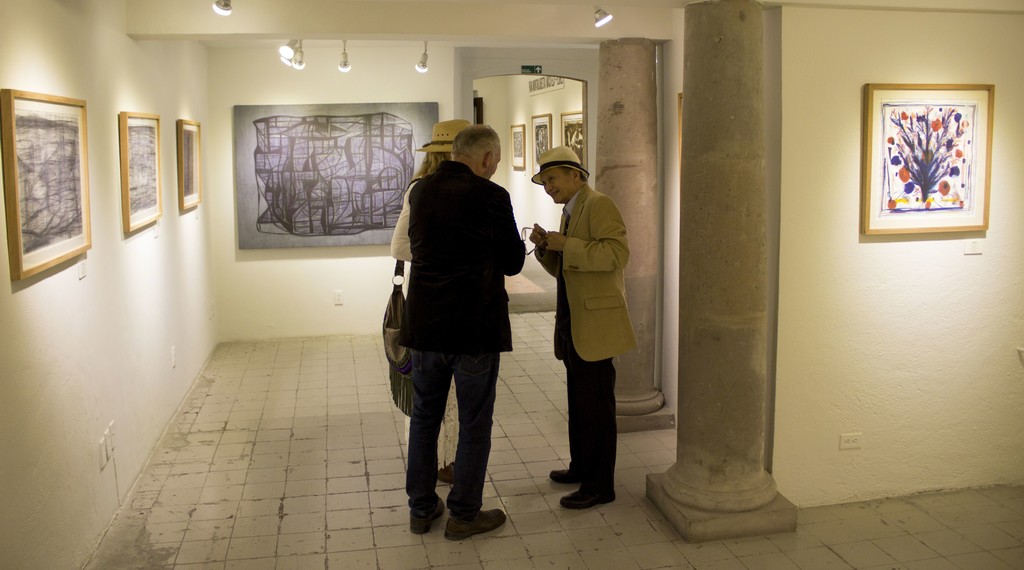 To Riding the Beast: Macotela + Flores
Galería Nudo. From 17 December
The sleepers feed among them
rotting
overcome with sleep, they water the petals
until they become poppies on the tracks.
—Mardonio Carballo
To Ride the Beast. Macotela + Flores is an event to raise funds for this show to continue its travels. There are twenty works on sale—ten by each artist—all of which have value for their artwork in painting, drawing and graphics. Gabriel Macotela and Demián Flores stand out in today’s art world in Mexico for their quality and their commitment to social justice.
When you acquire a work, you’re helping this show continue its travels. The funds raised are for the English translation, the graphic design and the curatorial work that each new stop implies.
About To Ride the Beast: A show with a scaled model train and the fifty-five visual artists and forty poets that surround it.
Gabriel Macotela and his magnificent scaled-model, The Beast, as the train has been called by the many thousands of Central and South American migrants who ride it to get to the USA, gave Demián Flores and Mardonio Carballo and idea: through Artists against Discrimination, they called for fifty-five visual artists and forty poets to create the works and write the poems that have accompanied To Ride the Beast on its travels through many different facilities, including the Centro de las Artes in San Agustín, CASA, en Tula, Oaxaca, the National Railroad Museum in Puebla and soon to the Fisher Museum of Art in Los Angeles, California.
In a past presentation of the show, they wrote: Discrimination has many nuances that stretch from ridicule to marginalization. This is why we chose to talk about migration: the need to emigrate towards a better future brings with it roads full of hardships. Riding the beast is a metallic metaphor for the train that brings Central Americans on its back: men and women riding towards the American Dream on the rails of the underdevelopment of our continent. The nightmare of mutilated women, men and children, of mass kidnapping and rape at the hands of criminal gangs, the discrimination of those who believe that everything is the responsibility of the other, combine with the work of social justice warriors, with the work of women organized for the sake of compassion and they speak to us of the complexity of the phenomenon of migration.
Each visual artist had a frame of 90x20 cm to create his work, as if each one of them were a wagon of the train. The poets add a written image as a counterpoint, which plays the role of the rails. The show abandons individual contributions in order to create a unique collective installation.
At the end of its travels, the works shown in Ride the Beast, will be auctioned off and the funds raised will be donated to Las Patronas and to a shelter of Father Solalinde.