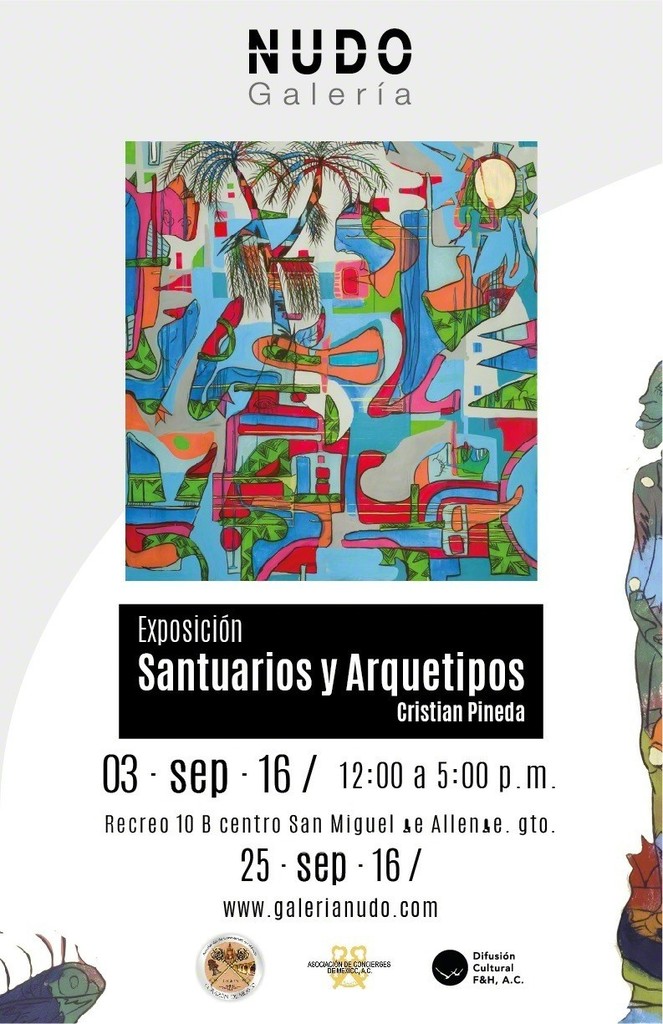 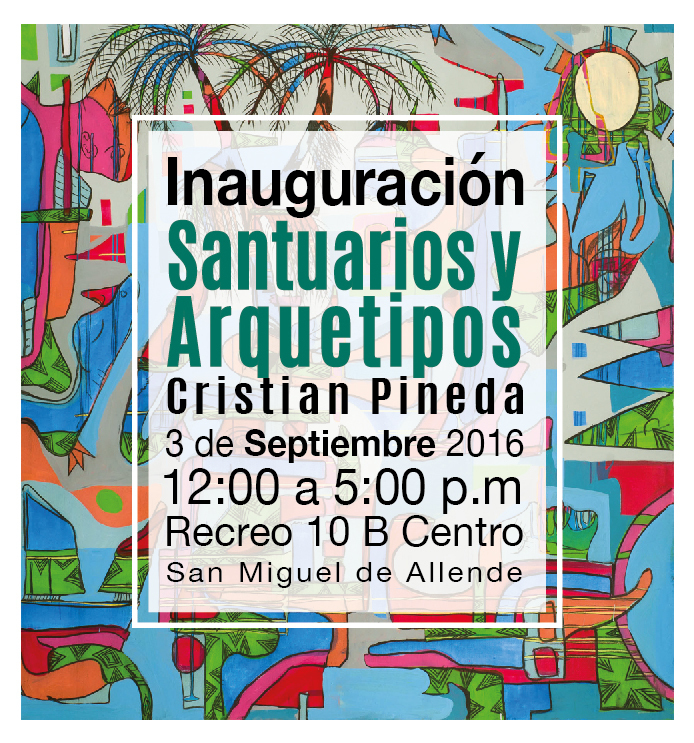 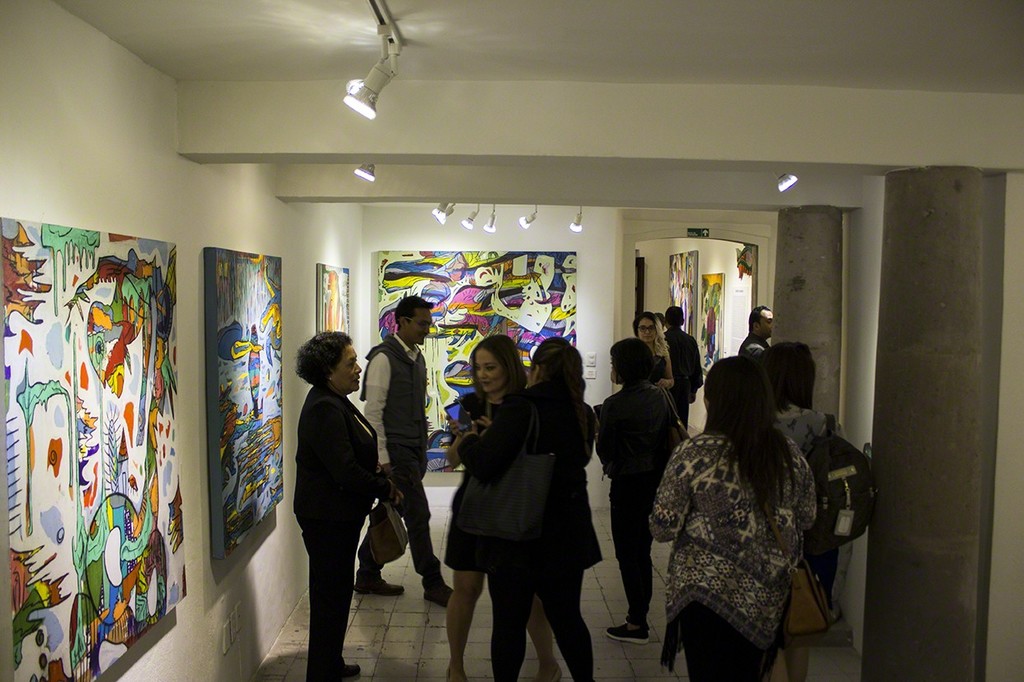 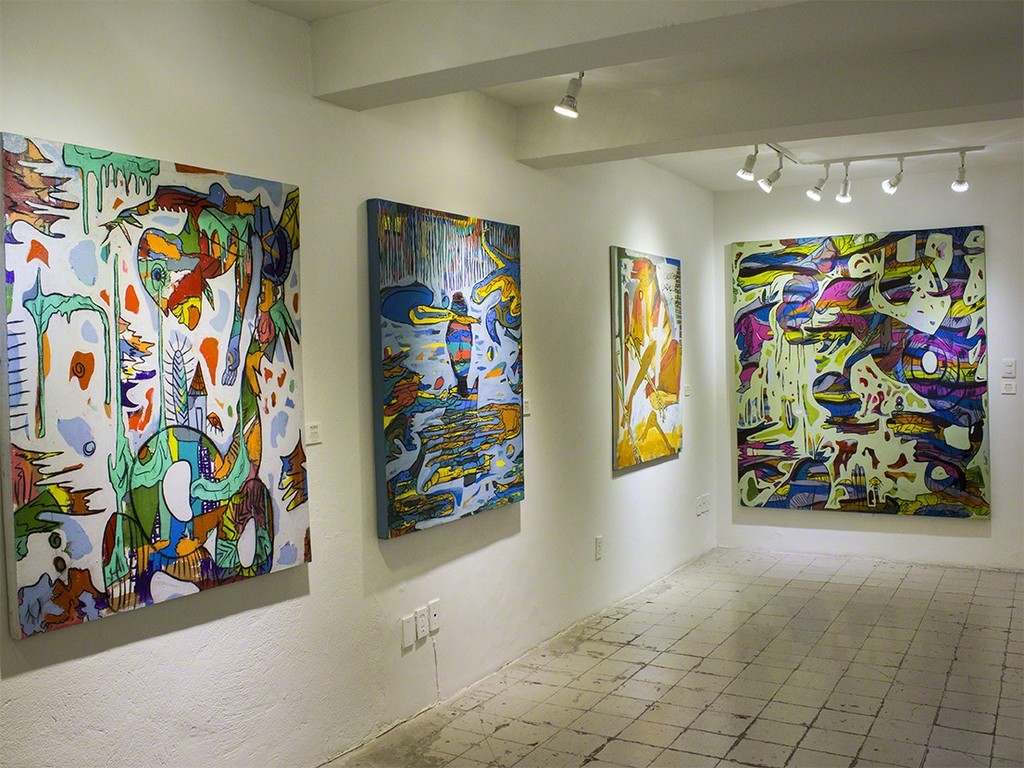 A short selection of two long pictorial series converge in this show by Cristian Pineda. Both seek an essence: Sanctuaries is the search within nature; it is an attempt to conceive one’s body as a sanctuary, part of the natural world and organically integrated into the living planet and its substance. Human anatomy and its functions become sacred by being part of the cogs of the universe, but beyond that, thanks to the intellect, the body becomes the sounding board of the universal wonder that surrounds us and that becomes us. On the other hand, Archetypes is the search for the essence of the creative process and of painting itself. It is a reflection of the space that surrounds the work and at the same time an attempt to articulate it with with the space. This is why he has abandoned the traditional rectangular or square format and has chosen irregular, more organic, forms. He has returned from canvas to wood and sometimes the format appears to be a blot but inside the blot is the composition, the people, the objects, as if the blot were the painting’s seed that contains every possible form, the universe’s code, within. In both works, there is the artist’s need to link himself to, or to recover, the comprehensive form within the landscape and the natural universe, far from his work of social commentary or his pop references. Here he appeals to a germinal poetics. Human beings often appear a hybrids of flowers, trees, minerals, water or fire. Even though Cristian doesn’t attempt automatic art, there is still something of the aesthetic and strategies that dominate his drawing style, which unite him deeply with surrealism and its aesthetic, above all that of Wilfredo Lam who was linked with the original surrealist group of André Bretón.
Therefore, with these two series, Cristian Pineda has marked a watershed in his career. His mature work has arrived at this immersion in its two essential parts—his being in relation to the cosmos and his work inserted into this same universe. As I wrote in the catalog that collected the complete production of Sanctuaries: “Man, as a creator, can reach the stars and juggle them. If in literature James Joyce identifies the city with human anatomy, Cristian dissects anatomy so as to be able to return it to natural space…”