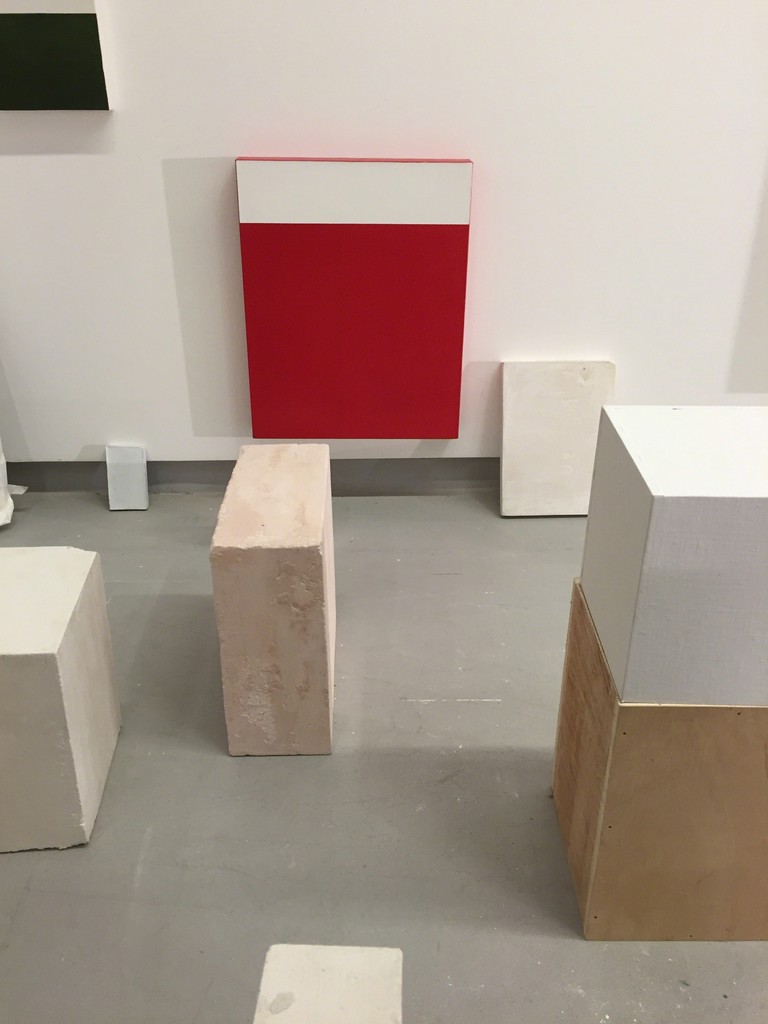 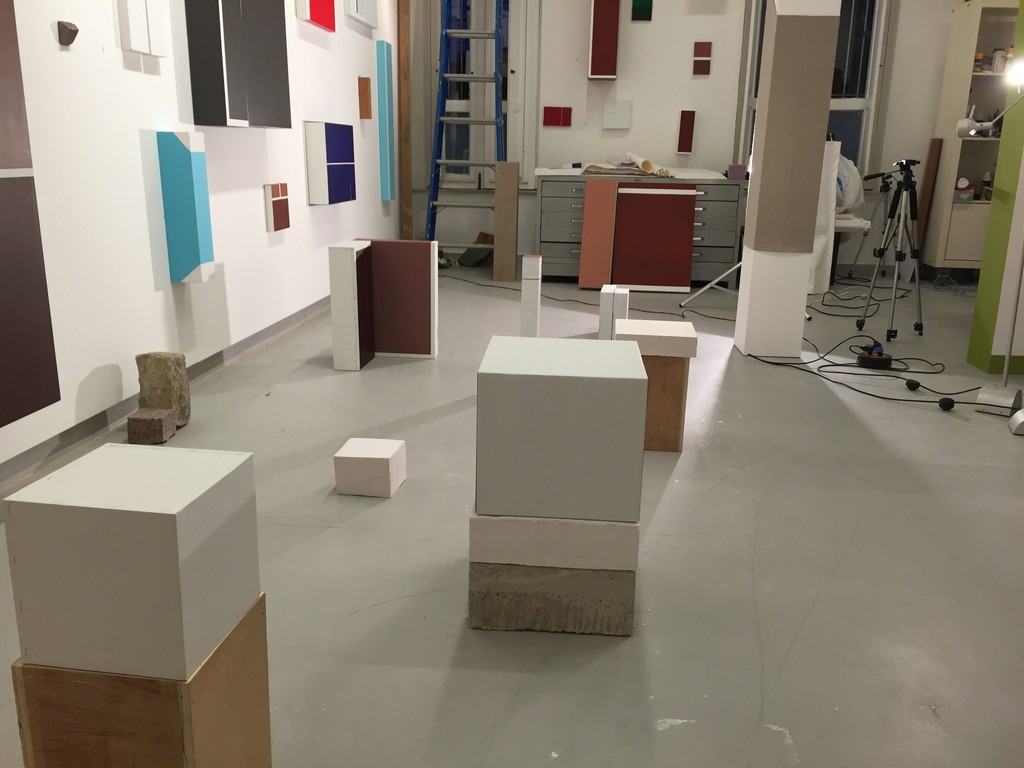 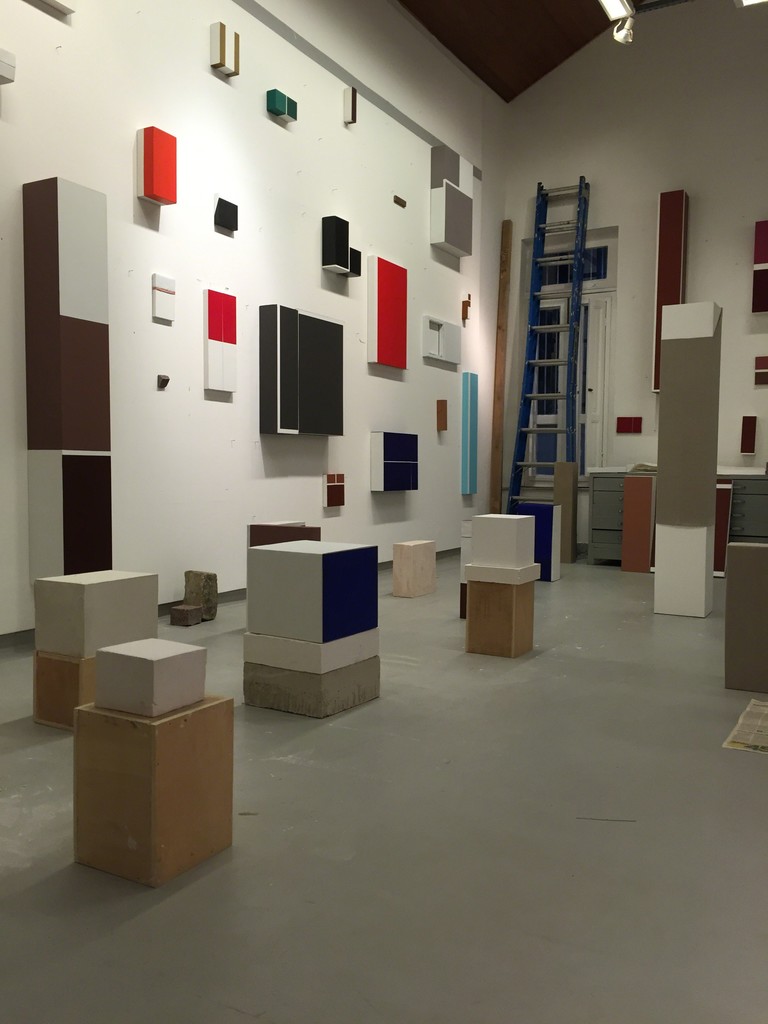 Parallel to the opening of the next edition of SP-Arte, Galeria Raquel Arnaud is inaugurating simultaneous shows with two artists who took part in the iconic exhibit, Como vai você, Geração 80? (‘How are you doing, 80’s Generation?’), held in 1984 at the School of Arts of Parque do Lage in Rio de Janeiro. The space’s ground floor is receiving Arranjos (‘Arrangements’), by Elizabeth Jobim, who is returning to the gallery after seven years. On the first floor, Ester Grinspum is making her début as a member of art dealer Raquel Arnaud’s team of artists on the first floor with Fausto (‘Faust’).

Carioca artist Elizabeth Jobim is bringing to São Paulo three series of recent endeavors. The show Arranjos consists of works that instigate a discussion on the nature of pictorial space, exploring its physical dimensions and blurring the boundaries between painting, sculpture and installations. In Blocos (‘Blocks’), a series exhibited for the first time in 2013 at MAM-Rio, paint and color perform directly in real space on blocks of oil-painted canvas on wooden supports.

In Parede (‘Wall’), a series initiated in 2014, which will have an edition of approximately 60 pieces specially created for this exhibit, the artist puts forward a montage combining paintings and a variety of objects, such as pieces of wood and notebooks. Finally, Jobim presents Tabletes (‘Tablets’), a new series of 15 works that incorporate a variety of materials into this universe such as plaster, cement and stone, arranged on the floor of the gallery.

As it stands, the act of arranging stated in the title alludes to two distinct terms: the way the elements are placed within each series, and their arrangement within the space, disclosing zones of intersection among them. As an activity parallel to the exhibit, in the first two weeks of May there will be a discussion of the artist’s first book. It is a bilingual publication lavishly illustrated with photos of her work, including an exclusive essay by curator and critic, Paulo Venâncio Filho, as well as an interview with the author conducted by Taísa Palhares. In addition to Venâncio Filho and Palhares, critic Rodrigo Naves also joins the discussion.

Painter, draftswoman and printmaker, Elizabeth Jobim studied drawing and painting with Anna Bella Geiger (1933- ), Aluísio Carvão (1920 –2001) and Eduardo Sued (1925- ), at the Museum of Modern Art in Rio de Janeiro (MAM/RJ), from 1981 to 1985. She holds a degree in visual communication from Pontifícia Universidade Católica in Rio de Janeiro (PUC/RJ). From 1988 to 1989, at the same university, she completed a program of study specializing in the History of Art and Architecture in Brazil. Between 1990 and 1992, she earned a Master’s degree in Fine Arts at the School of Visual Arts in New York. She then moved on to teach Drawing and Painting part-time at the School of Visual Arts of Parque Lage (EAV/Parque Lage), in Rio de Janeiro,