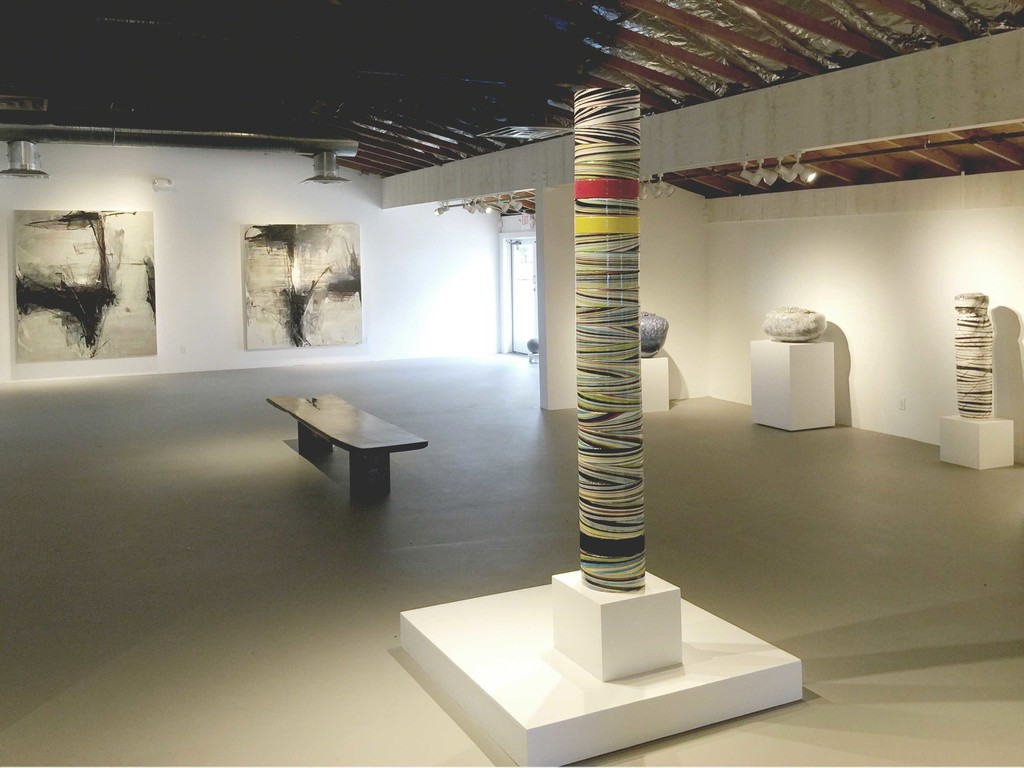 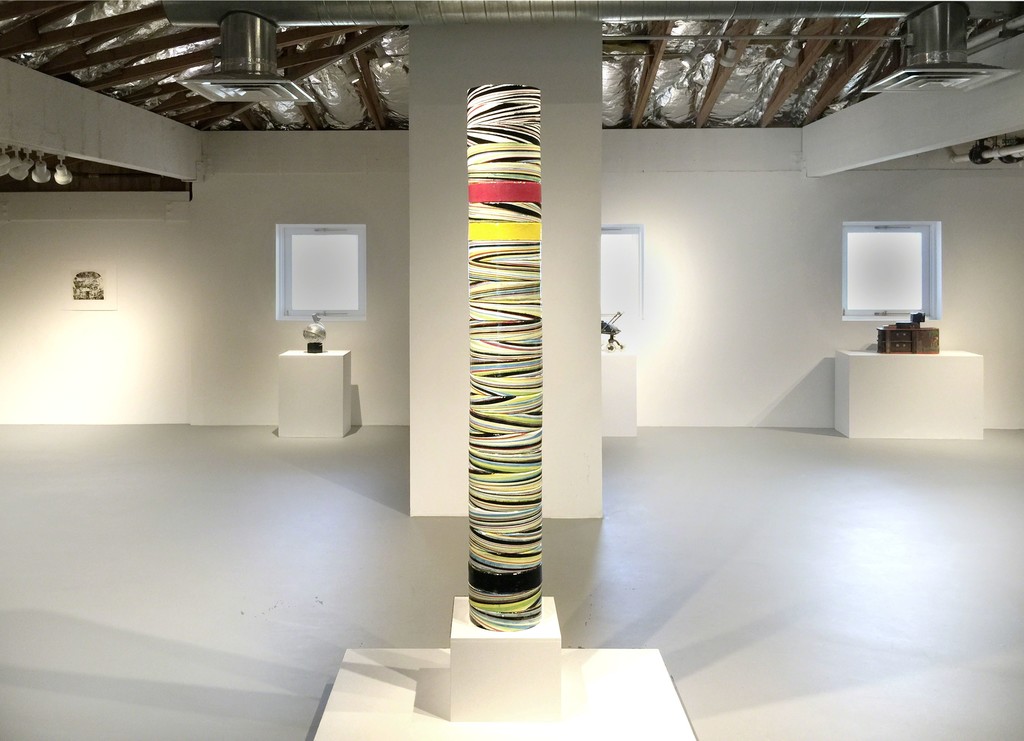 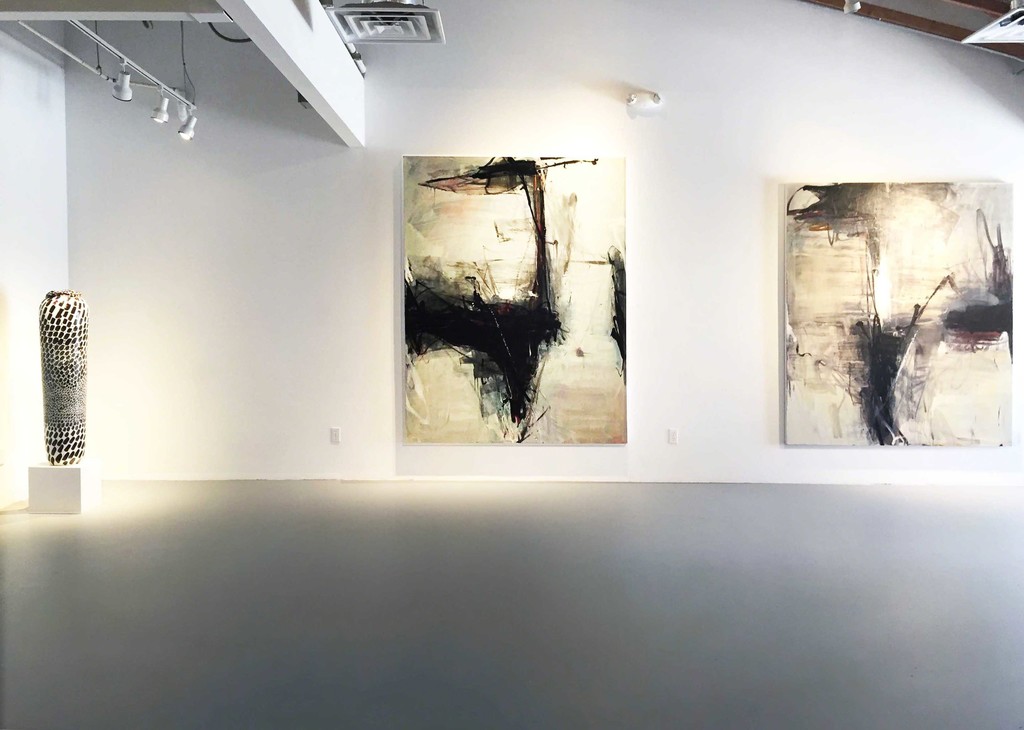 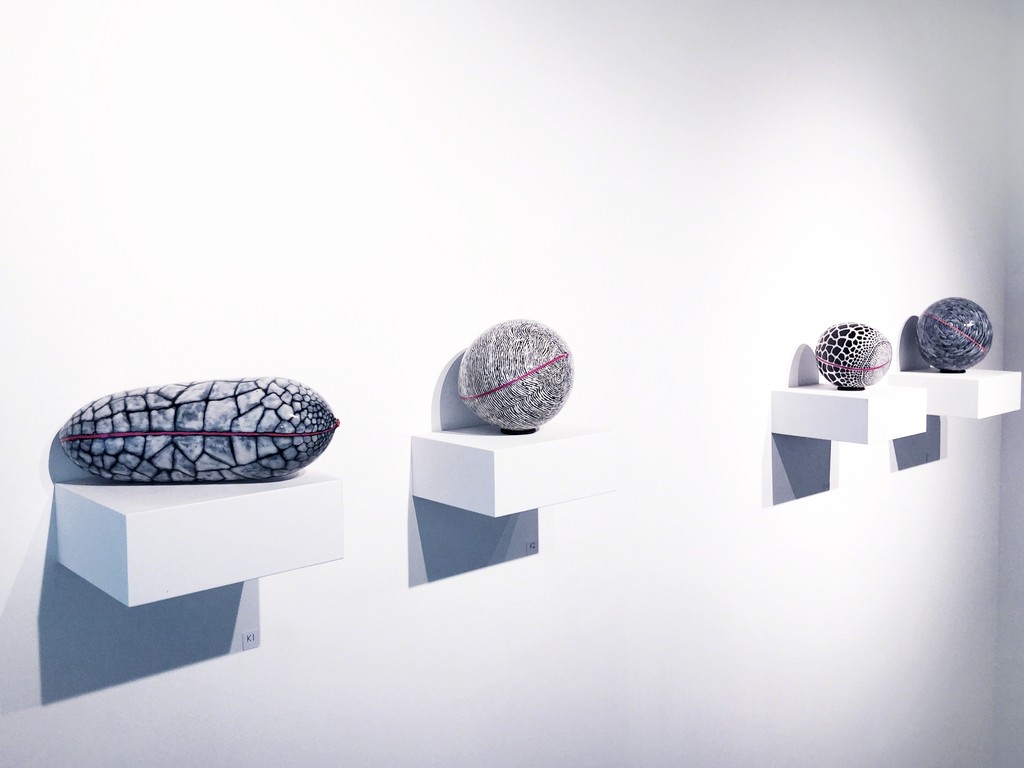 An exhibition to mark the grand re-opening of galerie 103 featuring recent sculptures by David Kuraoka and paintings by Tom Lieber. Relating in sensibility - color, scale, and abstraction, the works by two mature artists flow seamlessly through the gallery space.

Named A Living Treasure of Hawai'i, David Kuraoka is Professor of Art Emeritus at San Francisco State University, where he taught for more than 40 years and was head of the ceramics program for more than two decades. He holds a Doctorate of Art from SFSU and Masters of Art from San Jose State University. Early art influences included immersion in the minimalist movement. As a young artist he completed academic and studio requirements for degrees in painting, sculpture and ceramics. He chose to focus his Master of Arts studies in ceramics. He was awarded a PhD by SFSU for his research and development in Americanizing raku, where he subjected his simple elegant forms to raku and primitive open pit firing. David organized 15 large annual beach firing events in northern California and helped transplant the event to Hawaii, organizing the first Raku Ho’olaule’a in 1976. His work is abstract and his style simple, clean and crisp, “California Slick."
Among the public collections hosting work by David Kuraoka are The Hawai'i State Art Museum's, The College of San Mateo, San Mateo County, California, Honolulu Museum of Art, the Rotterdam Modern Museum of Art, the Tokyo Metropolitan Teien Art Museum, Utah State University, and the White House Art Collection, Washington, D. C. His pit-fired ceramic, Kumulipo from 1997, is installed on a wall of the Hawai'i Convention Center and Na Pali ceramic tile mural at Richard Kawakami Lihue Airport terminal.

Tom Lieber, a painter of large, fluid abstractions, according to Carter Ratcliff, is an artist whose work “invites us to note how complex the act of looking becomes when we attend carefully to its pleasures.” Based in Los Angeles and Kaua`i, Lieber is an internationally recognized abstract painter. His work is contemplative, subtle in configuration and color, and powerfully emotive. A recipient of a national endowment for the arts grant, his work is included in the collections of the Metropolitan Museum of Art, the Guggenheim Museum, SFMoMA, Tate Gallery London, and The Margulies Collection.