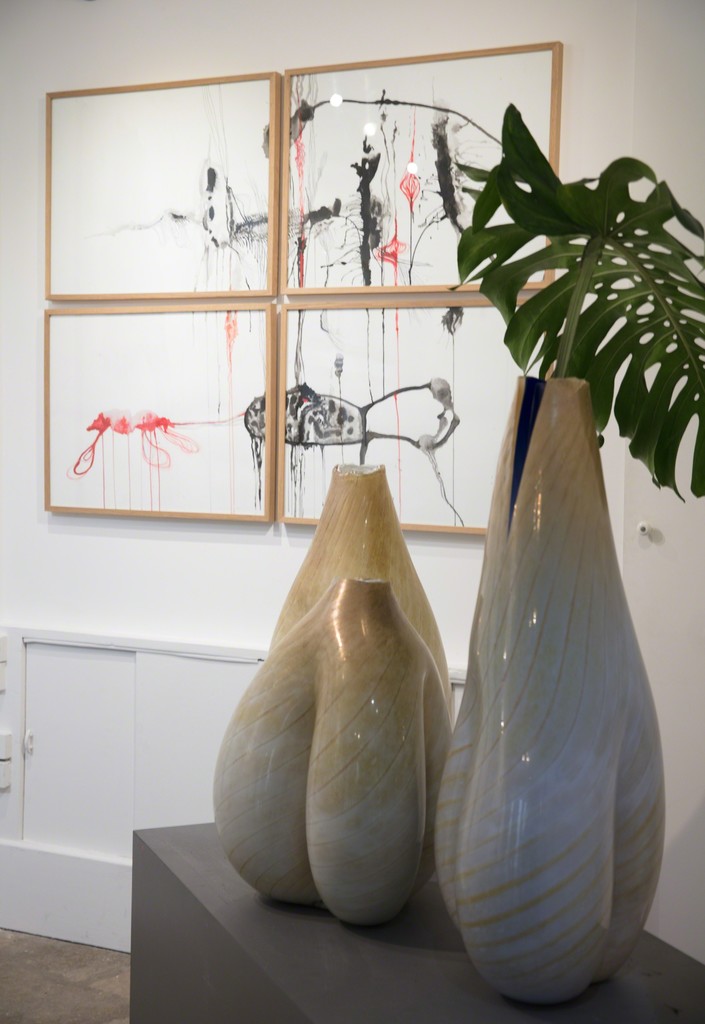 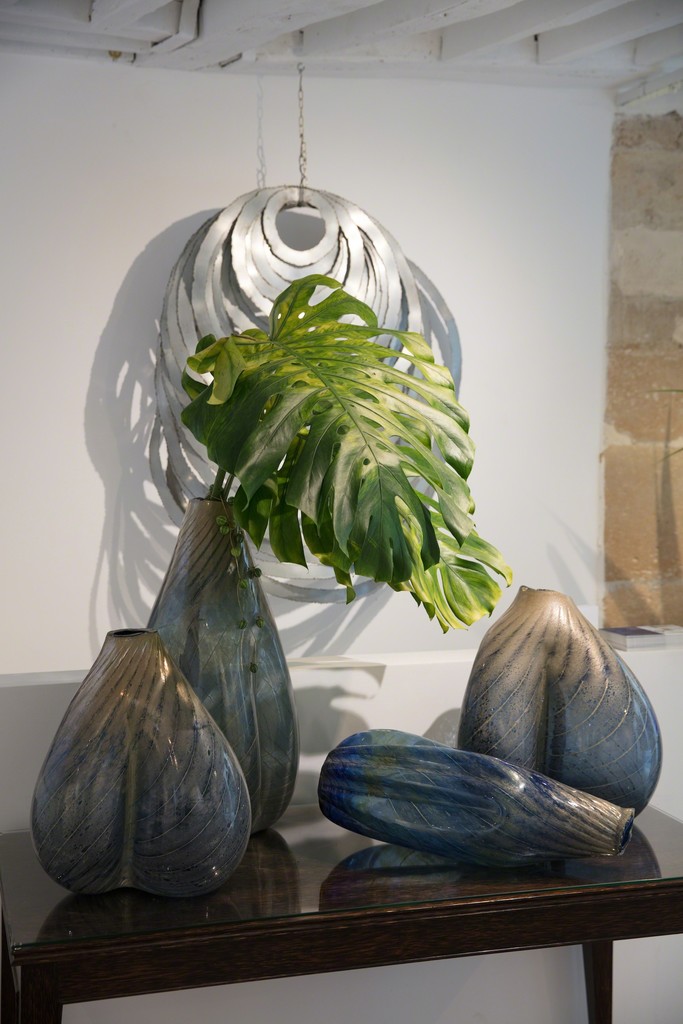 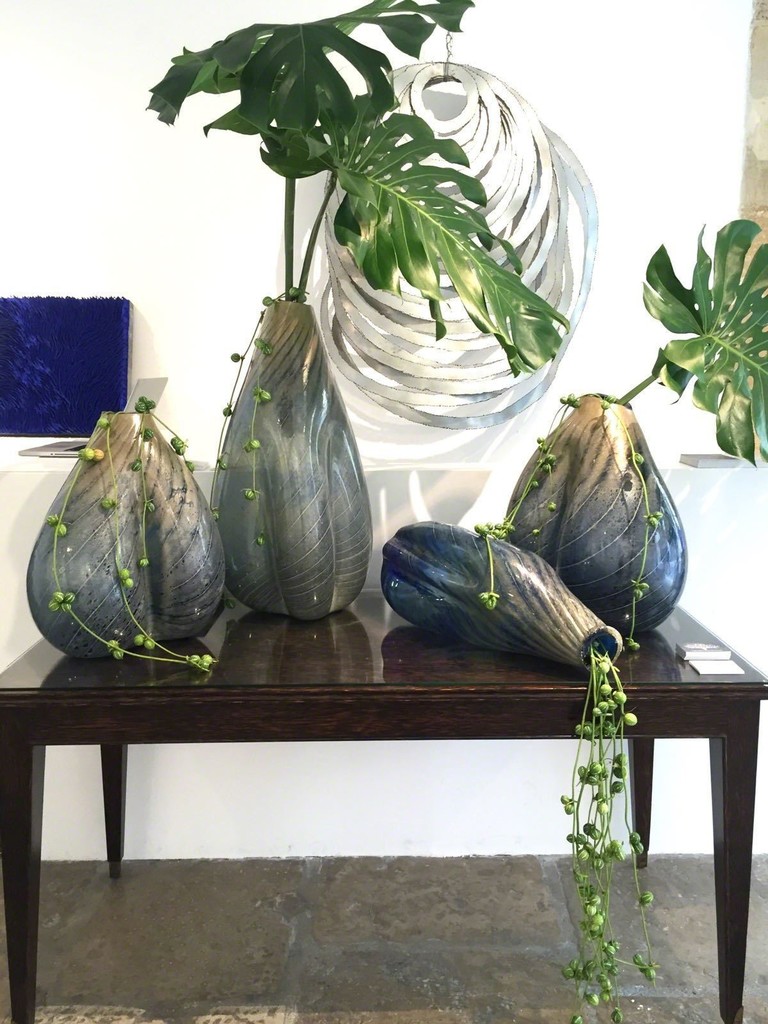 Whoever is looking at abstract art is propelled into life and nature, and make sense of the symbols, forms, colors and elements that is made of. The works selected for Abstrações are each in their own way a fascinating journey into
the imagination. Thus, the viewer escapes himself observing the gestural painting and material’s
effects of Cabral while he invents a language-landscape between flesh and cosmos facing the cosmografias of Daniela Busarello. The abstracts compositions of Marcos Coelho Benjamin, made of zinc plates worked with acrylics disturb his gaze. The optical illusion is also perceived in the work of Caetano De Almeida, whose multicolored ribbons marouflaged on canvas are references to several famous abstracts artists and various aspects of Brazilian culture. Similarly, Iuri Sarmento draws his inspiration from the plural culture of Brazil to produce amorphous mosaics sculptures. The history, traditions and natural landscapes of Latin America are transcribed in the art of the Colombian artist Olga De Amaral by means of linen, gold leaf and acrylic non-figurative textiles images. Abstrações is also the opportunity for Agnès Monplaisir Gallery to present the Mose series of vases by Daniela Busarello. These unique pieces are made of Murano glass, island for which the artist has developed a real passion since many years. The intense blue, tinted with sun through an alchemical process, evoke the abstract movement of the waves of the lagoon and the oceans depths. “With the passage of fire that turns metaphorically into water, Mose vases refer to impossible
miracles” Biblical miracles, like Moïse who parted the Red Sea in two to save his people; miracles of engineering such as the proposed dams set up to save the island of Murano from water. “It is impossible becoming reality”.